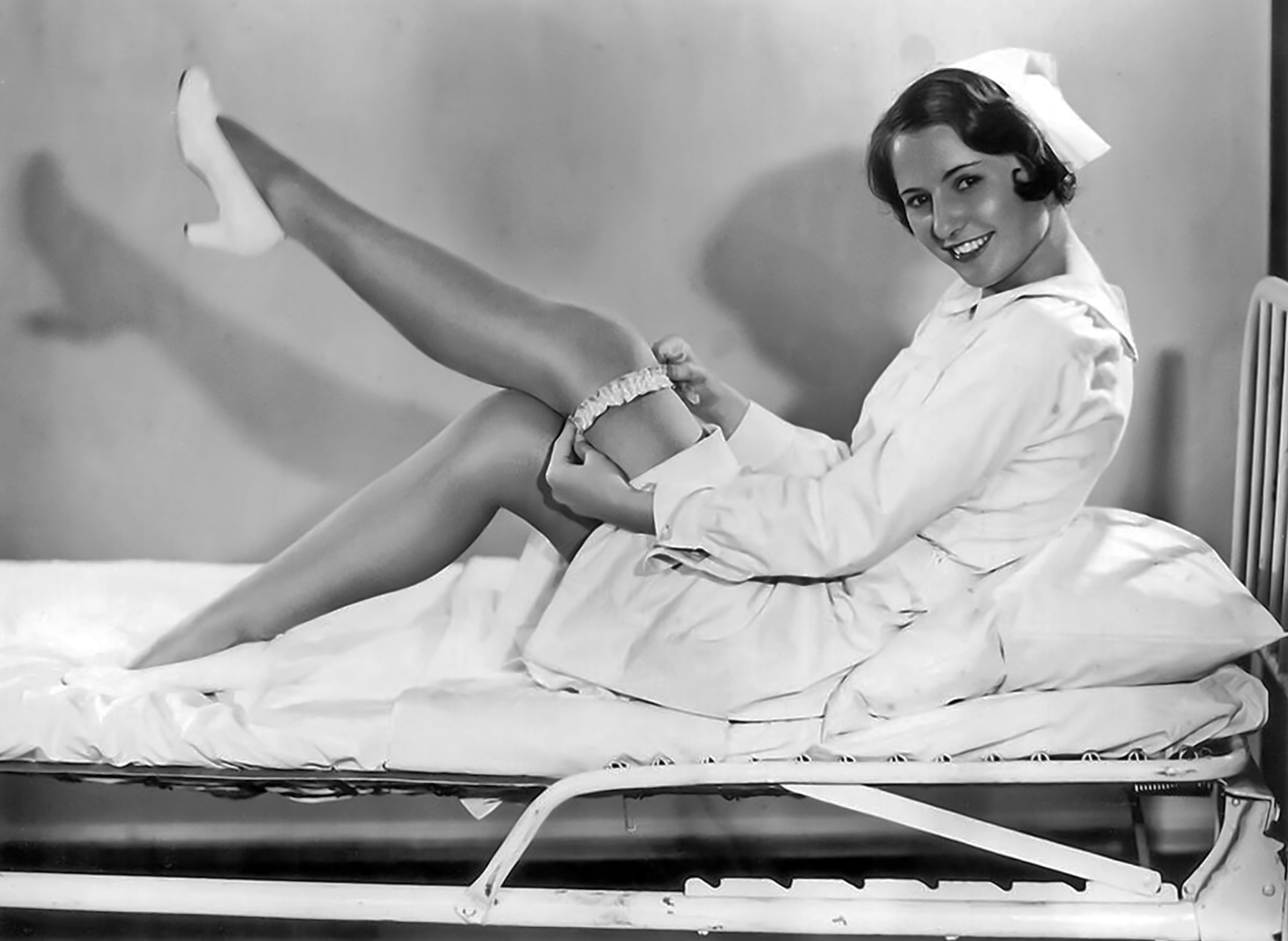 “I learned my lesson about billing a good many years ago. That was with a picture called Night Nurse in 1931. When the picture opened at the Strand Theater in New York, the sign said ‘Barbara Stanwyck and Ben Lyon in Night Nurse.’

“I was never really young. I had to learn self-reliance early. So, I probably deserve little or no credit for the self-reliance with which I’m always ticketed. After all, self-preservation is pretty basic.” – Barbara Stanwyck

“Where can a kid learn timing nowadays? When I started, there were stock companies, vaudeville, and burlesque. It was rough and tumble but it was a great school.” — Barbara Stanwyck

Photo: Stage play The Noose in 1927. The man in the picture is Rex Cherryman, who died from septic poisoning the following year. His body was cremated and his ashes were interred in a vault at Forest Lawn Memorial Park Glendale.

“I enjoyed what I was doing. I had fun. If I hadn’t, I wouldn’t have done it.” — Barbara Stanwyck on her acting career.

“Well, if I’m not going to be happy here, if I’m not even going to have the satisfaction of making good pictures, I may as well quit. I can go back to the dramatic stage…If that fails me I can still turn cartwheels…And if both of those things fail me…well, I know I can scrub floors.” — Barbara Stanwyck

“I have no regrets to blame on Hollywood. I’ve had to make no sacrifices. I am content.” –Barbara Stanwyck

“That was one of the first ones with the color question, the Oriental and the white woman. That was long before its particular theme was acceptable, such as today. But in those days Mr. Capra had quite a bit of trouble because the women’s clubs and things like that just didn’t cotton to the fact of this white woman falling in love with this Chinese warlord. They didn’t care for that. But I think he did it in great taste.” — Barbara Stanwyck

“Barbara Stanwyck loved doing westerns more than anything where she had to dress up frilly and chase after a man. At heart, she’s a cowgirl. Or a cowboy – she’s one of the toughest, most no-nonsense women in this town, and she stopped playing the old cat-and-mouse game years ago.” — Walter Huston

“Picture people have all the same problems other people have and they meet them in the same way. You know very well that girls who are glamourous on the screen act like that because they are paid to. They don’t go on feeling glamourous all the time offstage.” — Barbara Stanwyck

“Attention embarrasses me. I don’t like to be on display.” – Barbara Stanwyck

“Her face interests me. In fact, it’s the only face in Hollywood that does.” – artist Edgar Miller

“People look at me suspiciously when I stubbornly, year after year, give my correct age (which is now 43, incidentally). Personally, I think it’s the best age of my life.” — Barbara Stanwyck

She was actually 44 years old going on 45 when her publicist signed her name to a guest column for Arlene Dahl in 1951.