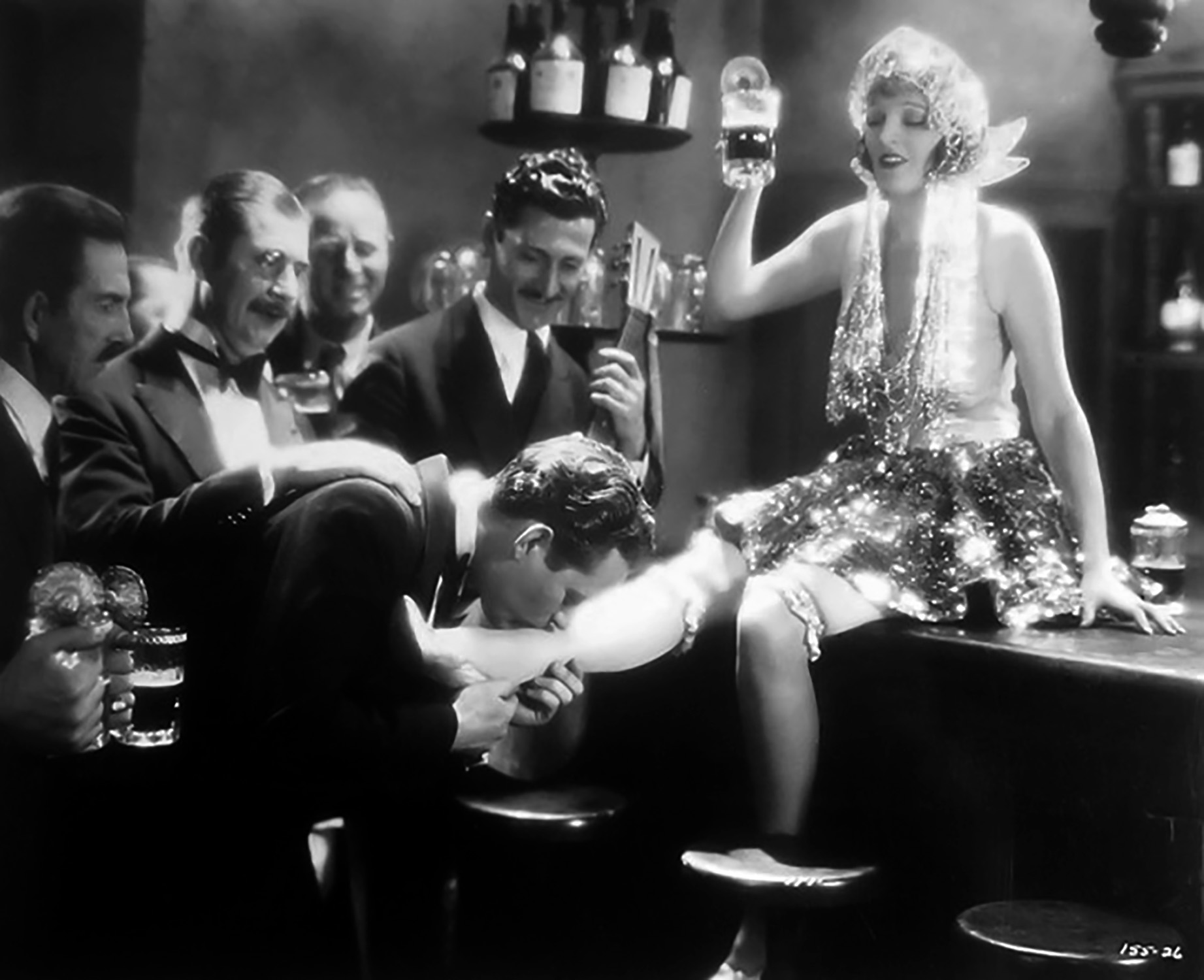 “I personally dislike photographs showing an undue expanse of legs. Consequently I will not have such pictures taken for publicity purposes. When I am working in a picture, that is different. Personal likes or dislikes have no place there. If we are to interpret characters correctly we must put ourselves into the flesh and blood of another human being. We must forget ourselves entirely and actually be another person. Hence, if I am playing a role where it is in keeping for the individual to show her legs I have absolutely no scruples about the matter.” — Corinne Griffith in 1929. 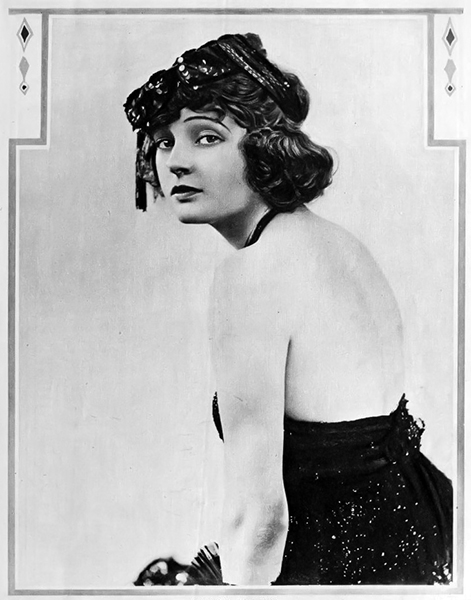 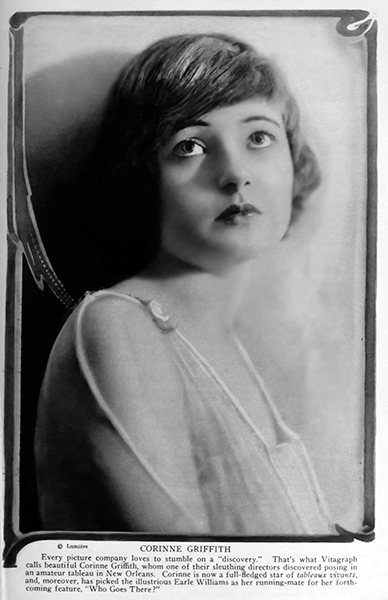 “I shall never forget that dreadful first day at the studio while I was waiting to take part in my scene. Everybody was kind to me, but I kept thinking – suppose I fail!” — Corinne Griffith 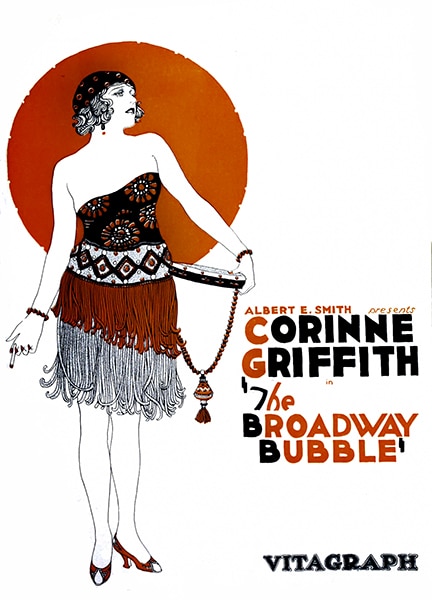 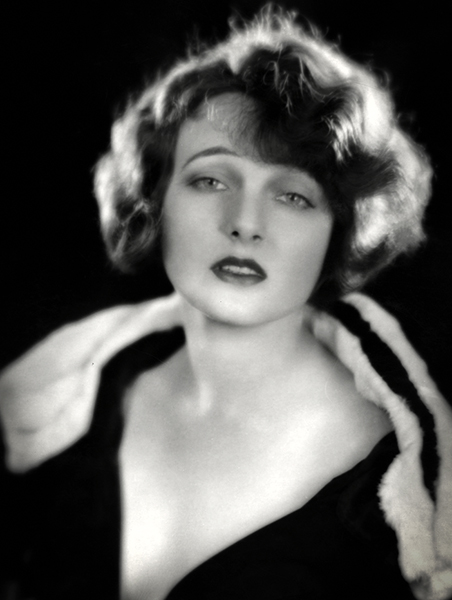 “Because so many fail where one wins and it takes so much character to accept defeat bravely and keep on trying to do the best one can. Do you remember the lines of Joaquin Miller’s poem, ‘But to him who tries and who fails and dies, I give great honor and glory and tears.’ My own struggle was not a hard one, but since reaching New York, I realize that thousands of clever girls come here every week hoping to start a career and never get a foothold on the first rung of the ladder. Lots of them have so much grit and come up smiling after every knockdown of fate. I should like to play a girl of that type. I met one the other day – she’d been trying to get an opening in moving pictures and had been going the rounds of the agencies for weeks without receiving any encouragement, and her money was running very low. A streak of luck brought her a letter of introduction to the casting director of one of the companies and yesterday she came in to tell me she had been given a small part in a picture and would start working next week….No – I didn’t give her the letter – I only asked a friend of mine to get it for her.” — Corinne Griffith 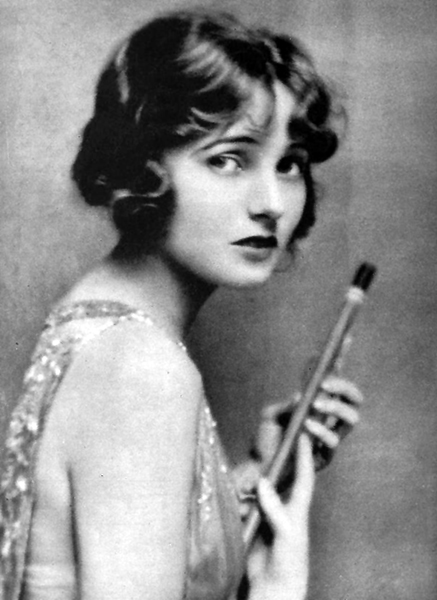 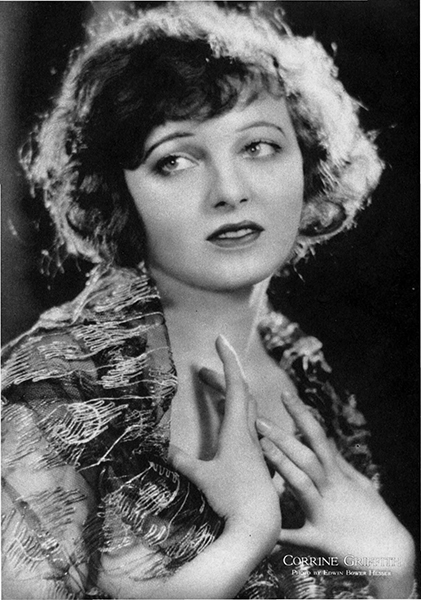 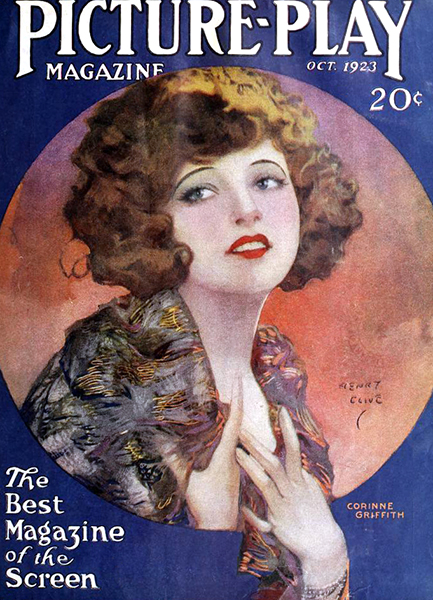 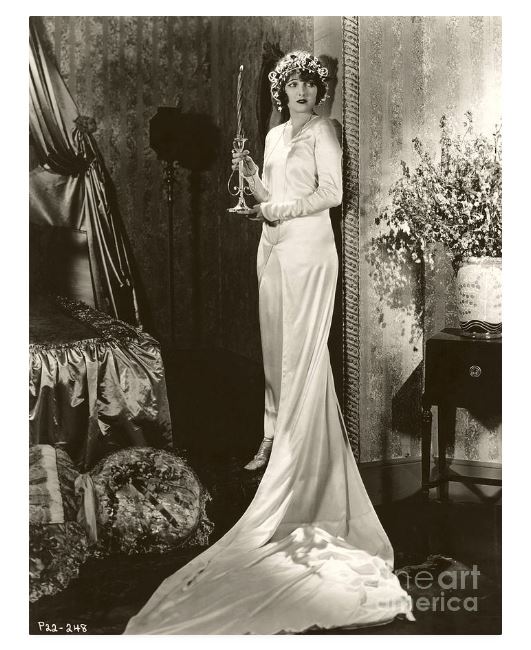 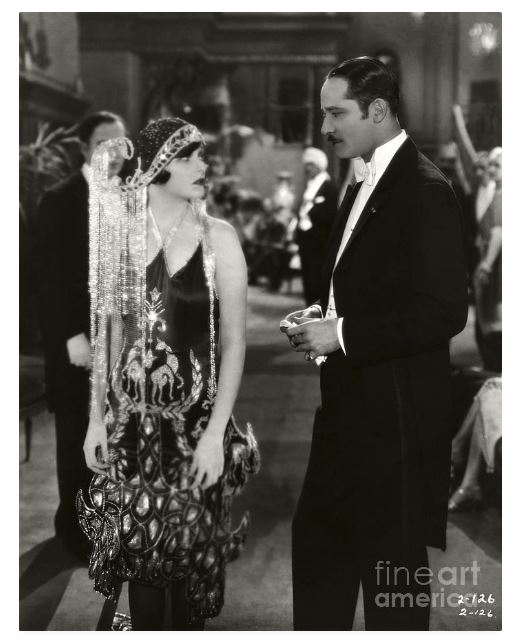 Corinne Griffith and Norman Kerry in a scene from the lost 1926 silent film, Mademoiselle Modiste. 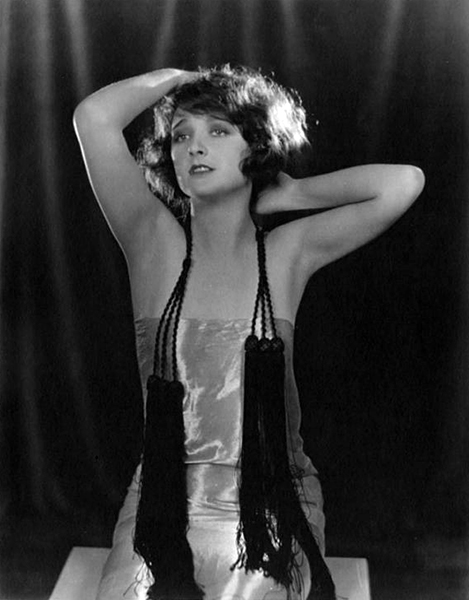 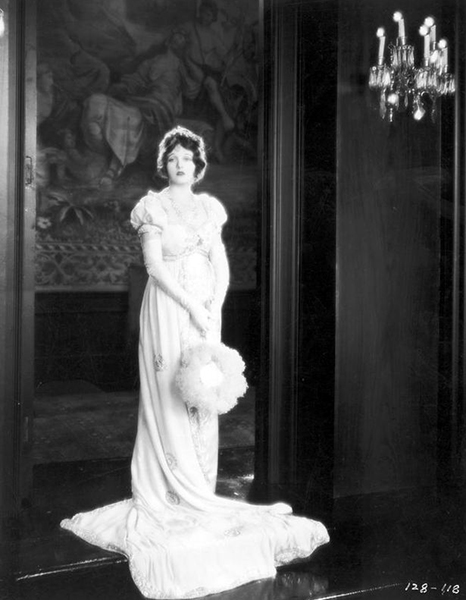 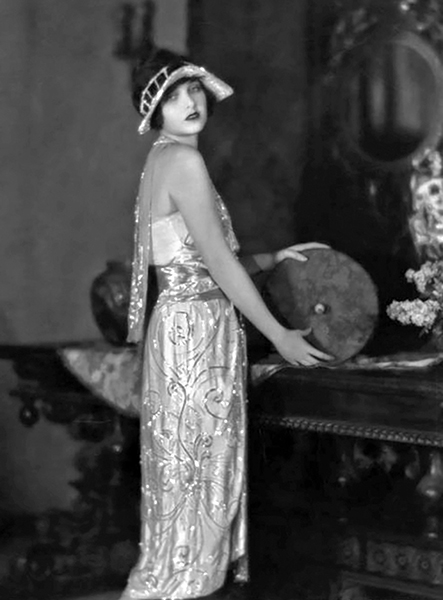 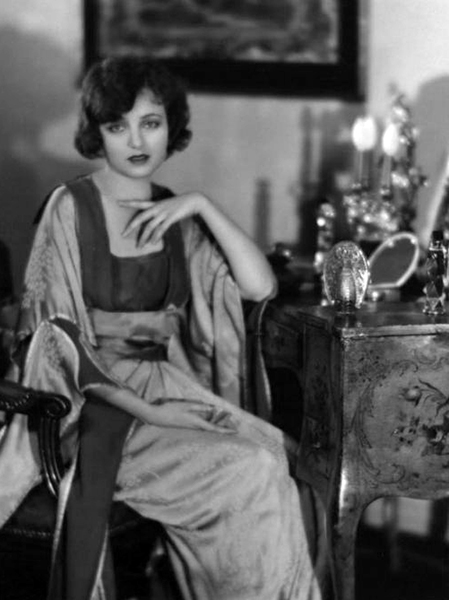 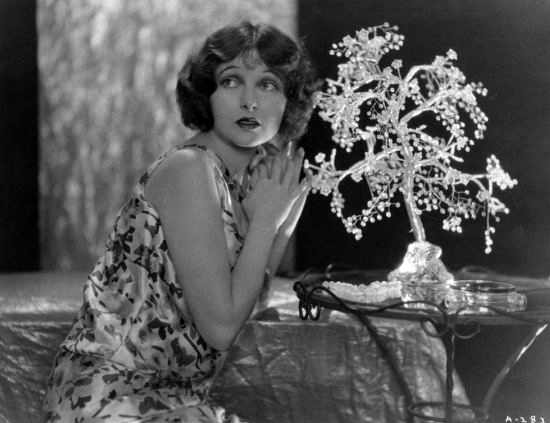 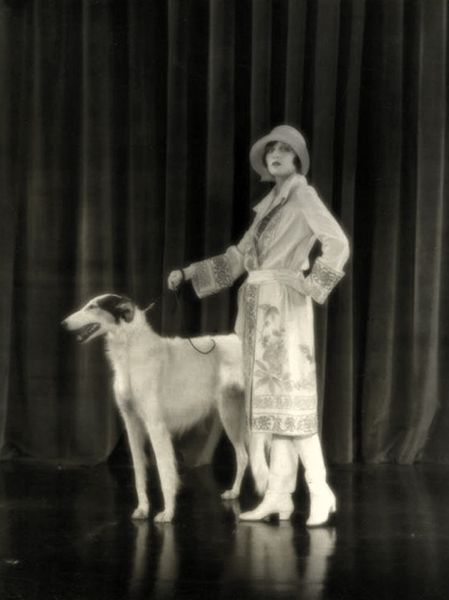 “Almost any girl can learn to act, but poise is the gift of birth. Unless she has inherent grace of manner and movement, she’s wasting her time in motion picture studios.” – Corinne Griffith 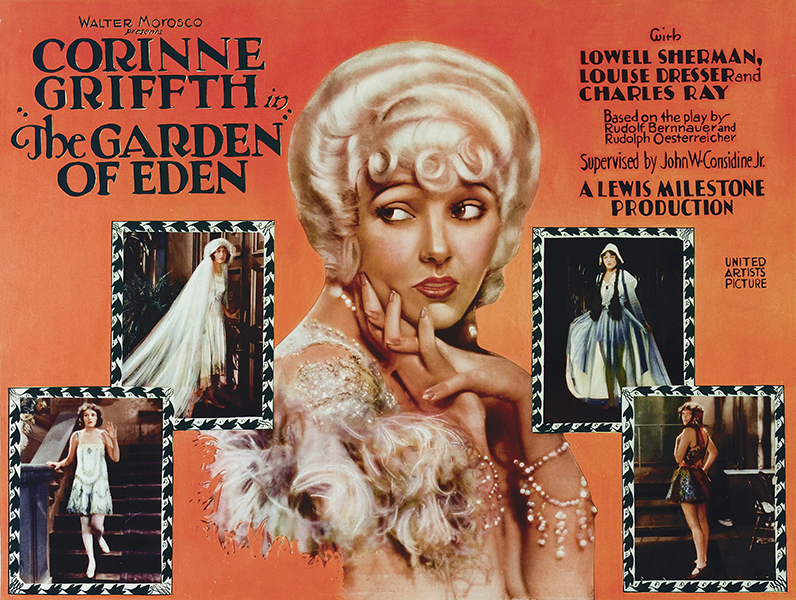 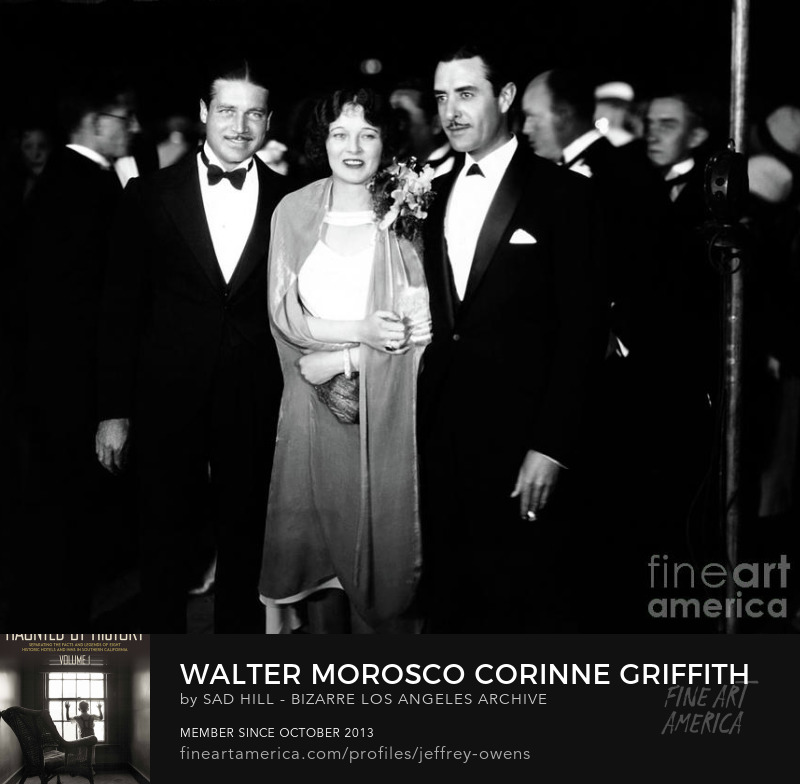