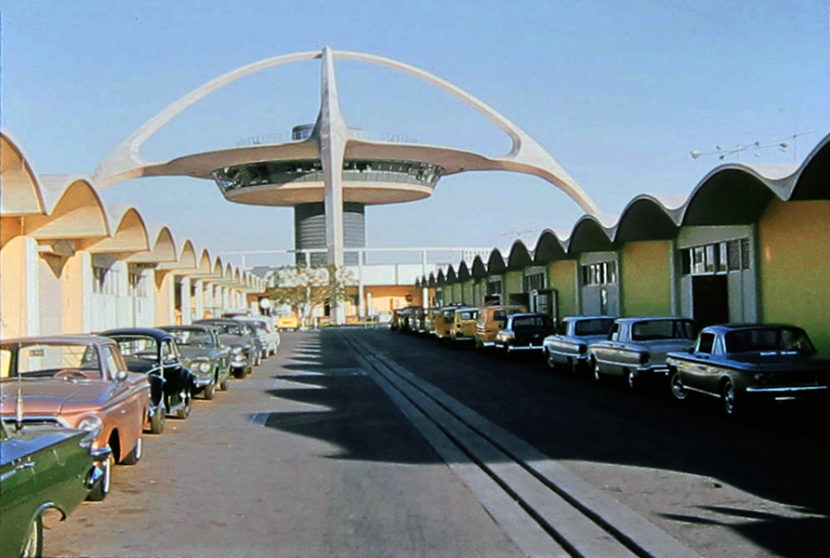 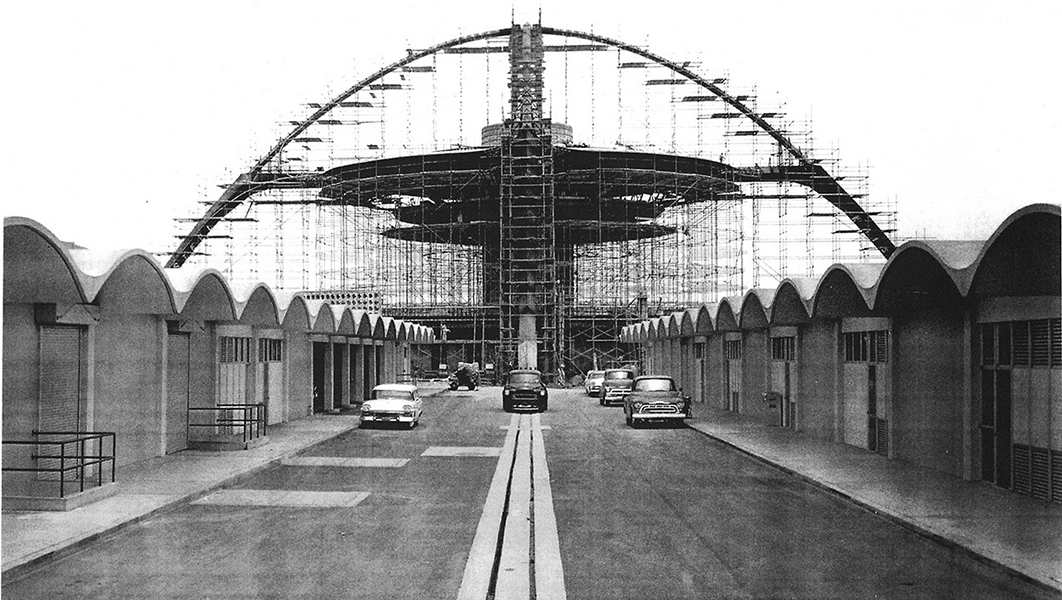 The Theme Building under construction at LAX in 1961. Its design was originally drafted by James Langenheim, of Pereira & Luckman. 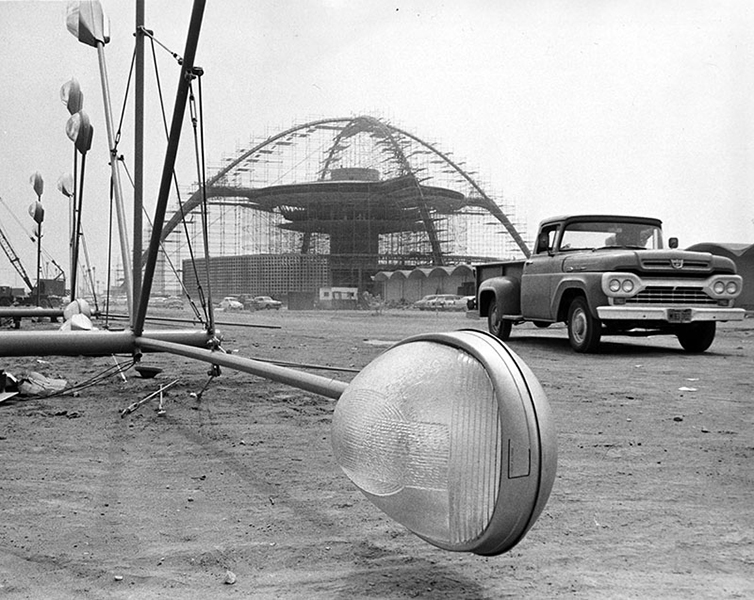 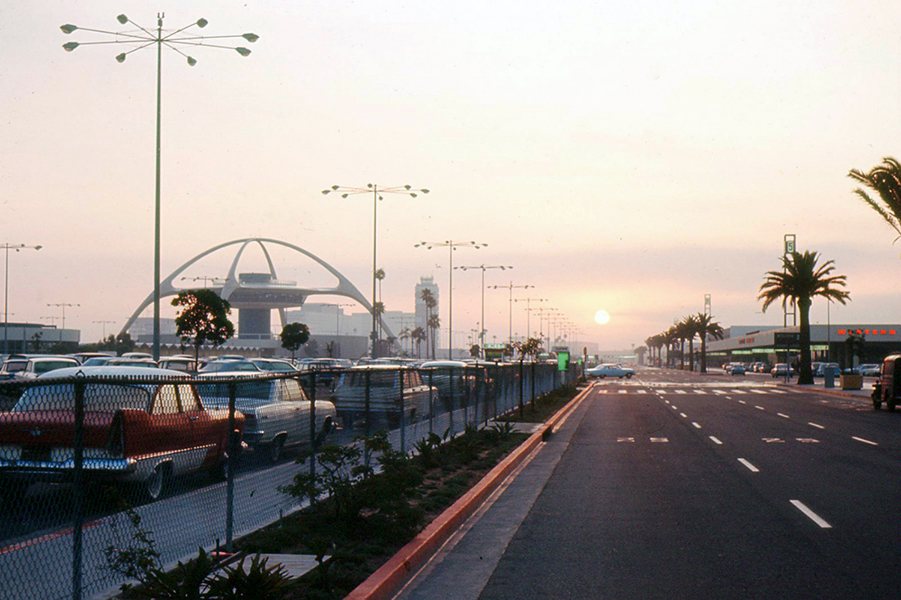 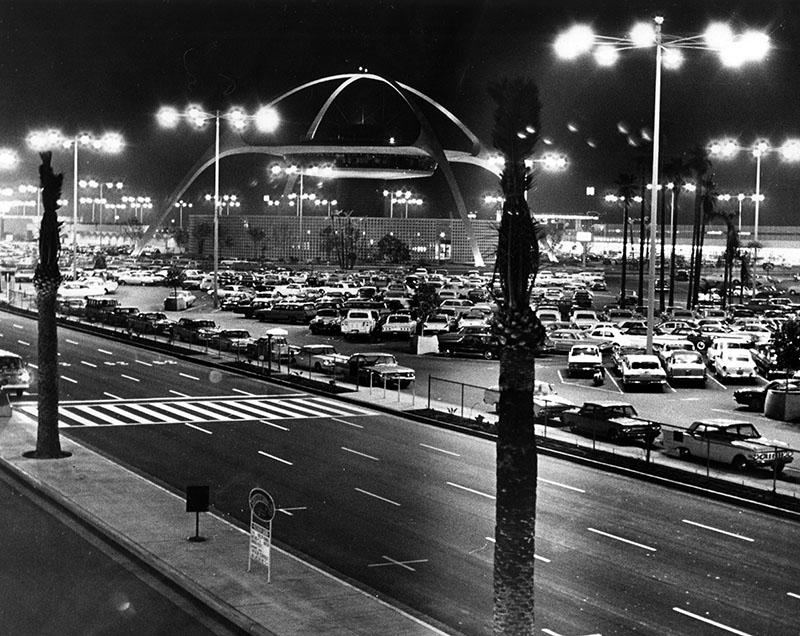 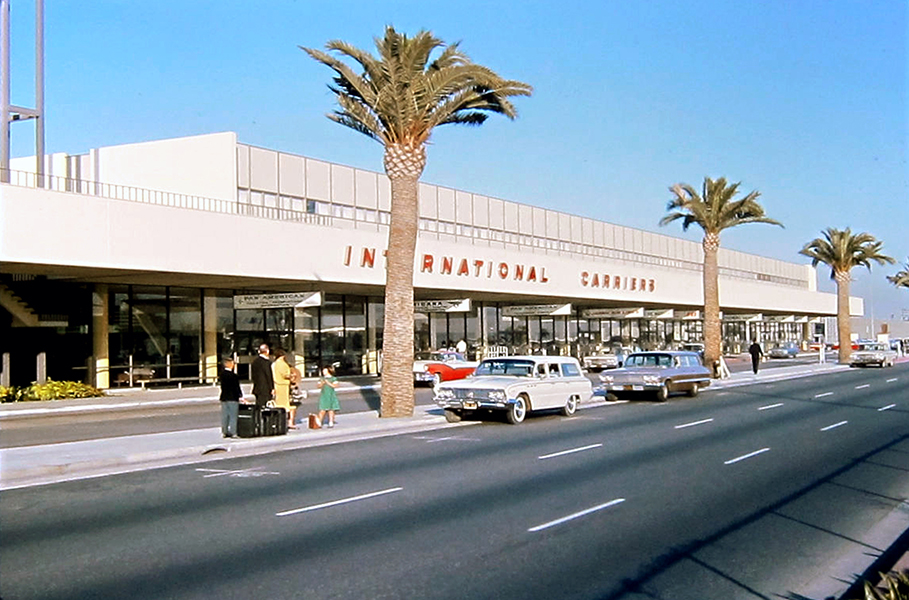 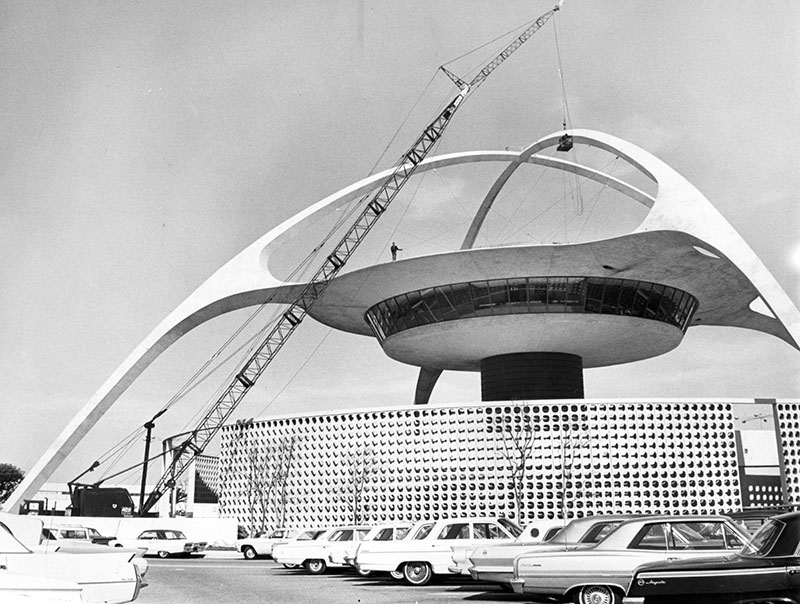 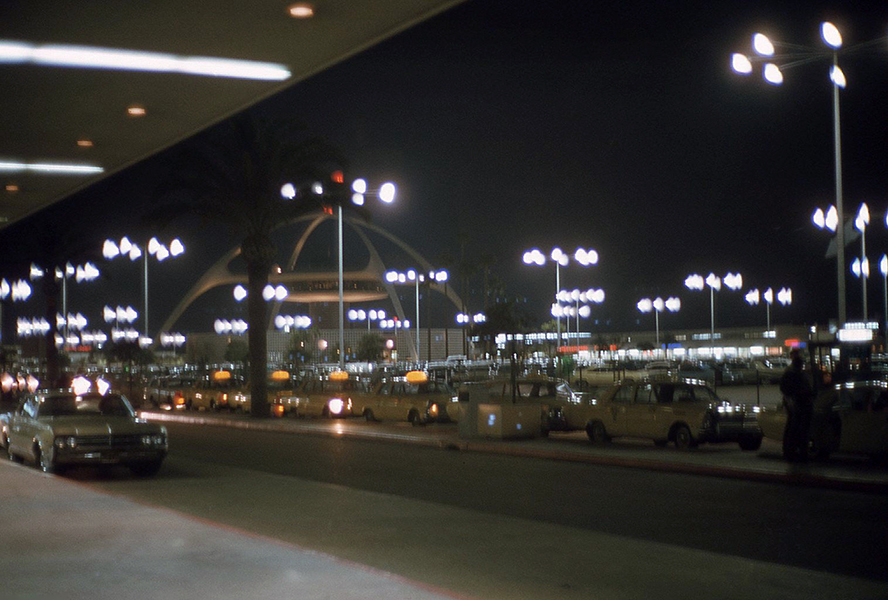 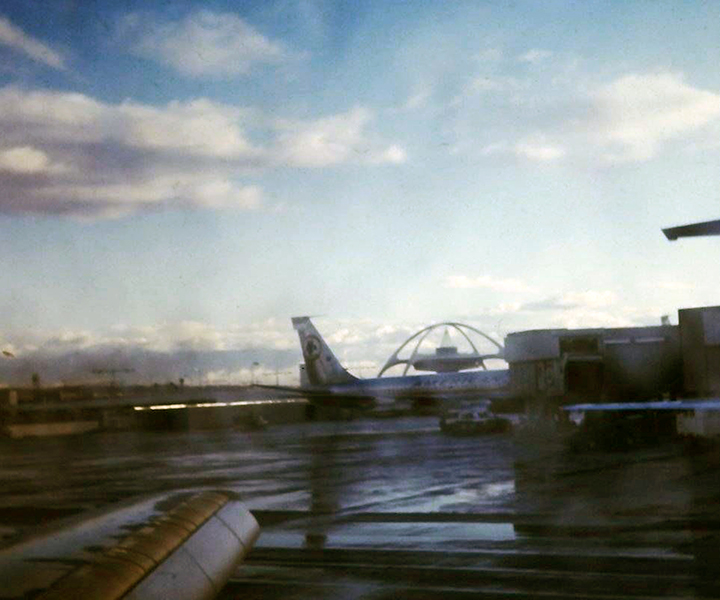