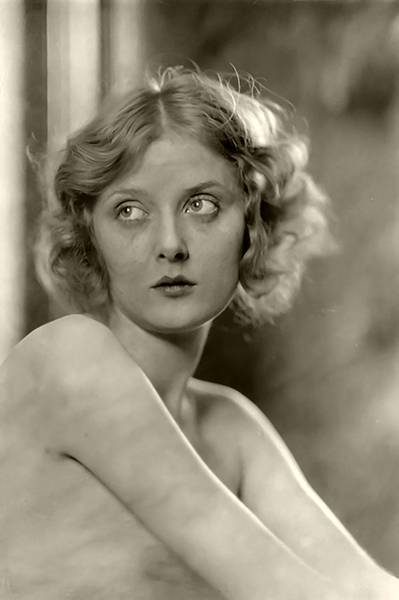 “My past is as dead as my old name [Imogene Wilson]. I am making a fresh start, and I’m going to stage such a comeback as ‘Mary Nolan’ that nobody will remember anything but that.” – Mary Nolan in 1927.

Mary Nolan, aka Imogene “Bubbles” Wilson, (1902-1948) was one of Hollywood’s most troubled film players in the late 1920s – early 1930s. Throughout her stage and film career, she was criticized for being a gold digger. Her drug and alcohol problem also created personal problems. She committed suicide on Halloween 1948. 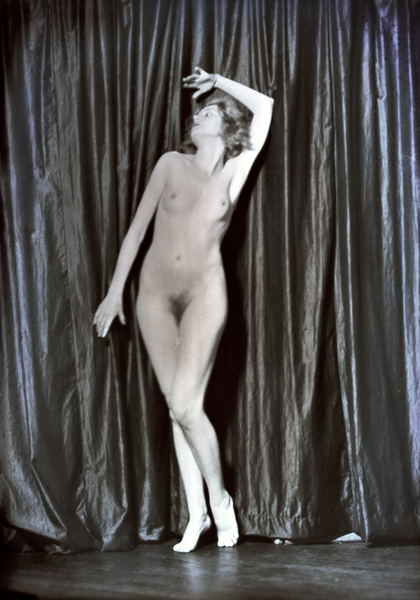 “When I was 13 years of age, I was allowed to go to the funeral of a relative and as I heard the clods of dirt fall on the casket, I made up my mind I would never return to the convent. I ran away to Worcester, Massachusetts, to the home of a relative, but I was not wanted there. Then I managed to get some money to buy a ticket to New York. When I got there, the first thing I did was to board a street car and ride for hours trying to decide what to do and where to go for lodging. The conductor said I would have to get off, after he began to notice that I had been  on the car for a very long period. I stood on a street corner crying and soon a little man, wearing glasses, asked me what was the matter and I told him. The man was Arthur William Brown, an illustrator, who took me home to his wife. I lied about my age and said I was 17. Mrs. Brown introduced me to a Miss Foster at the Artists’ Models Club in New York, and I began posing and got a room at the club, where I lived for many years. I changed my name to Imogene Wilson and became a famous model. Frank Leyendecker, the portrait painter, painted me, and Louis Betts did me as ‘A Little Bit of Sunshine’ and as ‘The Sun Flower,’ two prize winning pictures. I posed for painters, illustrators, and got a dollar an hour, working nine hours a day. James Montgomery Flagg was the first to pay me $5 for a three hour sitting. In the meantime, I was going to dancing school at night because I wanted to become a chorus girl.” — Mary Nolan 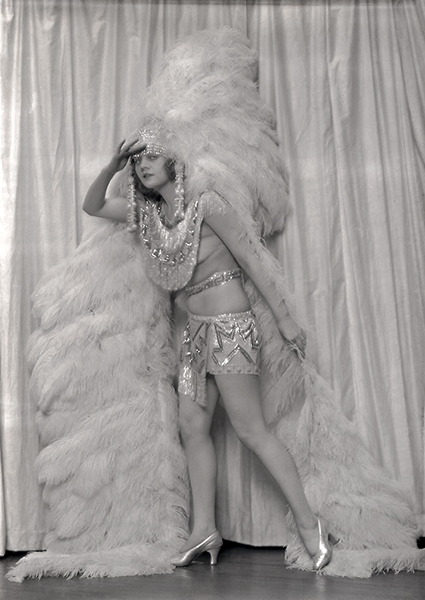 “She was the talk of New York, the toast of the hundreds of admirers, and had the world of cavaliers at her feet. Then came the crash. She was beaten up by an actor – let no one ever tell you this was a press agent story; I know, because in my official capacity I was sent to visit her and found her with two nurses, a badly bruised, hysterical, pitiful young woman.” — Will Page, former Ziegfeld publicist. (Note: Of course, there is much more to the story. Basically, she was a man-stealer, party girl, and drug addict. All of her indiscretions destroyed her career.) 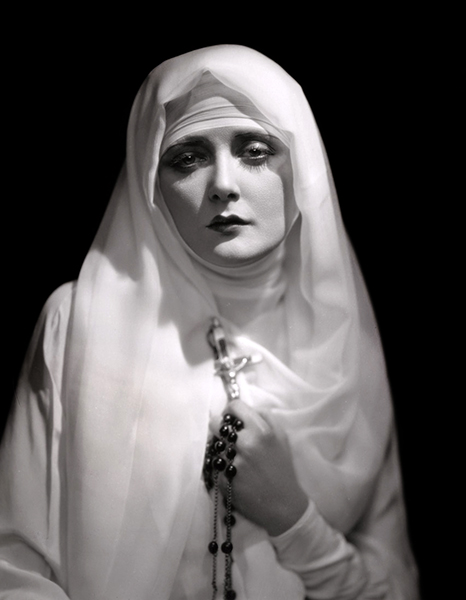 “I made pictures throughout Europe – Germany, Italy, France, England, Switzerland, Holland and other countries, and then I had a breakdown and lay in a hospital in Berlin with a heart attack. The doctors said I had poisoned myself with my bitter thoughts and hatreds of those persons in life who had wronged me. I was given up to die, and as I lay there God came to me and took me in his arms and said: ‘Little girl, I am sorry for the way the world has treated you, but you shall yet find happiness and use the talents I have given you, and use them well.’ It WAS GOD! I got well and life opened up a new vista to me. Despite the fact you will find plenty of people here in Hollywood willing to rake up the past and point a finger of scorn at me, let me tell you this – I know the true principle of life, and it is God. Nothing else matters.” — Mary Nolan 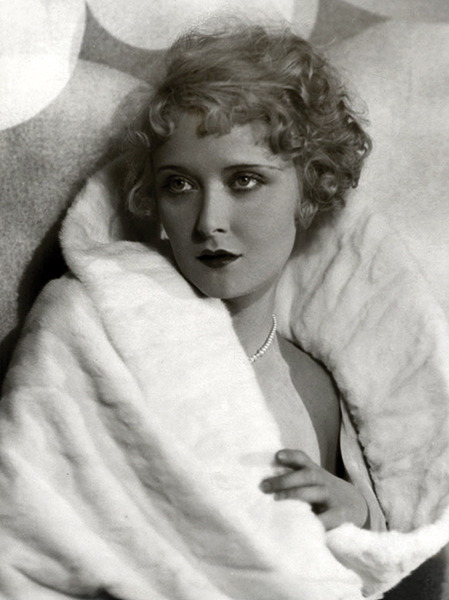 “Women do not like me, they hate me and snub me, and yet I would love women friends. What woman, who had has a child, and all the suffering of the terrible aftermath, could love a man? I know that I attract men. I have known it ever since I was a little girl. But I despise that about me which attracts them. I own neither a diamond ring nor an automobile, and I live in one hotel room.” — Mary Nolan (Note: That one hotel room happened to be at the swanky Ambassador Hotel in Los Angeles.) 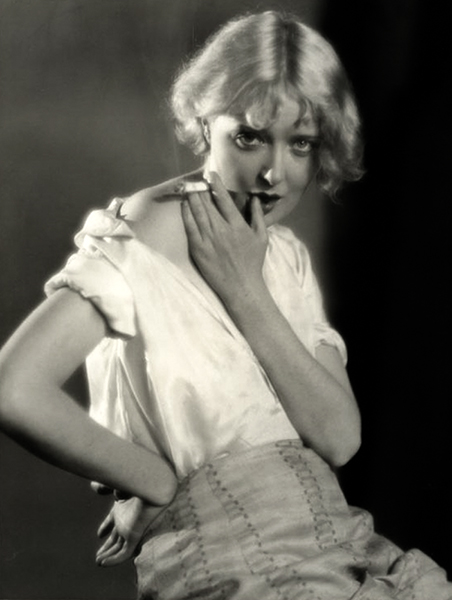 “I am going to be nice to you – even if you are a writer! I can’t understand why I am supposed to be different from other people. Doomed. Fated. Something. People are always prophesying that I will commit suicide — but I’m going to fool them. After all, I’m just a normal human being, or was. I had a love affair — but so do other people. I thought every actress was entitled to one good love affair.” — Mary Nolan 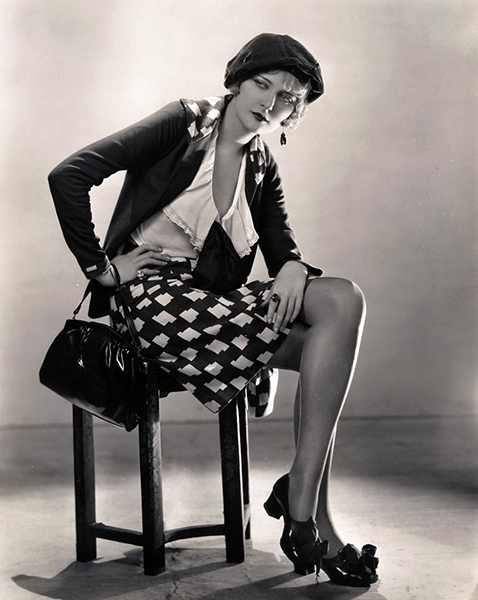 “I should have known that it was not in the cards for me to get all the good breaks. Using the past as a barometer, I should be able to foretell just when what did happen was going to happen. Shucks! Am I still a fatalist!” —Mary Nolan in 1931. 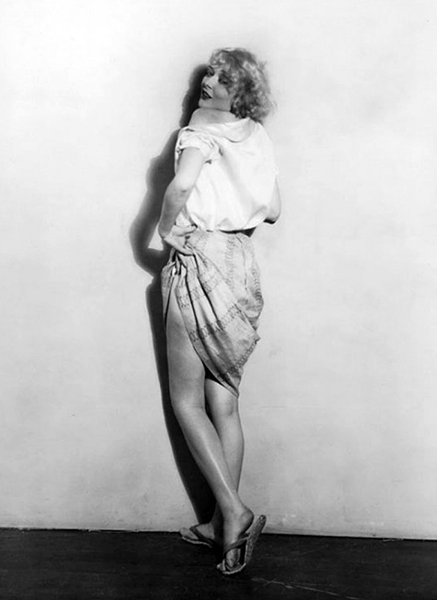 “You can use a postage stamp only once and I guess that about describes me.” — Mary Nolan 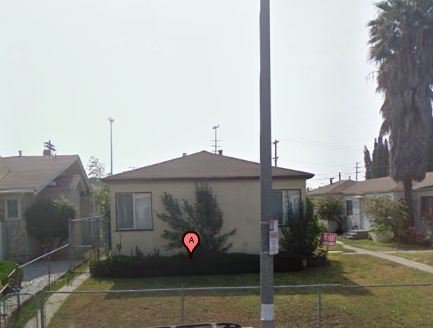 Nolan’s death site at 1504 S. Mansfield. Built in 1947, the property has 1932 square feet. Hard to imagine Rudolph Valentino’s grand piano filling the living room space of such a modest-looking home, but Nolan, despite hard times, refused to part with it. She said that Valentino’s memory gave her solace through the hard times.

She died at the address of a drug overdose on Halloween of 1948. Near her body was the following poem:

“When it gets dark, the birds and flowers,
Shut up their eyes and say goodnight;
And God, Who loves them, counts the hours
And keeps them safe till it gets light!
Dear Father! Count the hours to-night,
When I’m asleep and cannot see;
And, in the morning, may the light
Shine for the birds, the flowers, and me!”
–William Hawley Smith

On the back of the poem, Nolan wrote, “If this were only true.”