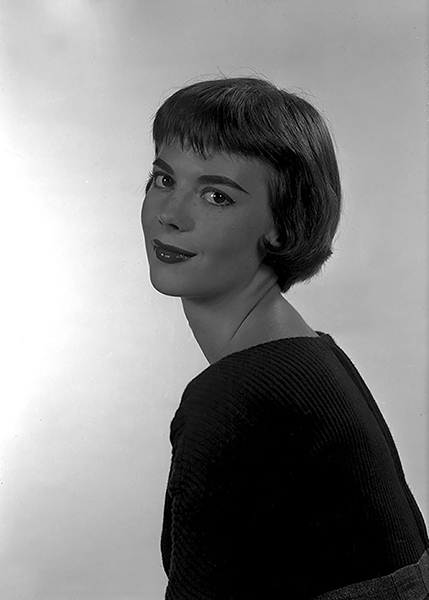 “I don’t date Elvis anymore but I talk to him occasionally. Just say that I have graduated from the rear seat of Elvis’ motorcycle to the deck of Bob Wagner’s yacht.” — Natalie Wood

Elvis was so square, we’d go … for hot fudge sundaes. He didn’t drink, he didn’t swear, he didn’t even smoke. It was like having the date that I never had in high school.” — Natalie Wood

“Be neurotic. I’d like to say that to everyone I know. You can’t be a success unless you’re neurotic. Oh, I like normal people. But what does normal mean but mediocre?” – Natalie Wood

“I didn’t know who the hell I was. I was whoever they wanted me to be.” – Natalie Wood

“I’ve spend so much of my life at the studio, that now feels more like home than my own house. From now on I just want to work, work, work – and then work some more.” — Natalie Wood

“Success in this business depends on three factors: talent, timing and luck. I had all three.” — Natalie Wood

“As an actress, I have finally learned that money is not as important as what you have to do to earn it.” — Natalie Wood

“There have been times when I did films I knew weren’t so great, hoping all along that they’d turn out well, which they didn’t. Reality can overwhelm optimism. I found out the hard way. Today, when I’m presented with a weak script, I face up to it and decline it, regardless of how good the deal that goes with it.” — Natalie Wood

“I think most people spend the better part of their lives trying to find out what they want. It’s difficult to know what makes that elusive thing called happiness. There are a lot of mirages along the way. I honestly can’t visualize where I’ll be 10 years from now.” — Natalie Wood
Source: Peer J. Oppenheimer (1961)
Photo: Splendor in the Grass (1961)
Photographer: William Claxton (1962)

“Leave the problems of the world to the men.” — Natalie Wood

“You get tough in this business until you get big enough to hire people to get tough for you. Then you can sit back and be a lady.” — Natalie Wood

Behind the scenes of Inside Daisy Clover (1965).

“I think people want to create stars. I don’t think that will ever change. A movie star is NOT the girl next door. We lead different lives, and that is interesting to a lot of people. They want to keep it this way. The benefits we used to get from the major-studio system – mainly the training and publicity – just doesn’t exist anymore. Today there is much less emphasis on being discovered. Today the work counts more. We are no longer writing scripts around people. The people have to qualify for the scripts. But these are changes within the movie industry. Outside the industry, I still think people want to see and create stars.” — Natalie Wood
Source: Joseph N. Bell (1966)
Photo: Penelope (1966)
“Well, I like birch trees and forget-me-nots, listening to the rain and the music of Sibelius, Vivaldi and the Beatles, waterfalls and weeping willows, reading the poetry of T.S. Eliot and Dylan Thomas, sunsets on the water when I’m sailing, children – I’d like to have five or six, puppies, lambs and fawns, vivid colors, the fragrance of gardenias and lemons, snails and mushrooms and caviar and smoked salmon and white wine, the sound of violins, the feminine lines of antique French furniture and strong – but not silent – men.” — Natalie Wood
Source: Hal Boyle (1966)
Photo: Peter Basch
“I’ve had my share of being typed in certain roles. It’s all too easy to get type-cast in Hollywood, yet very hard to break an image once you’ve got it. If you do two roles in a row that are similar, it’s pretty well automatic that people will say, ‘Oh well, that’s it, that’s what she does,’ and dismiss you. You have to struggle to get out of that rut.” — Natalie Wood
Source: 1976
“My life has been sort of reversed. I was working when other girls were going to school, and when other women were reaching the age when they wanted careers, I was most interested in staying home.” — Natalie Wood
Source: Marilyn Beck (1978)
Photo: LAPL (1978)
Liked it? Take a second to support Bizarre.Los.Angeles on Patreon!