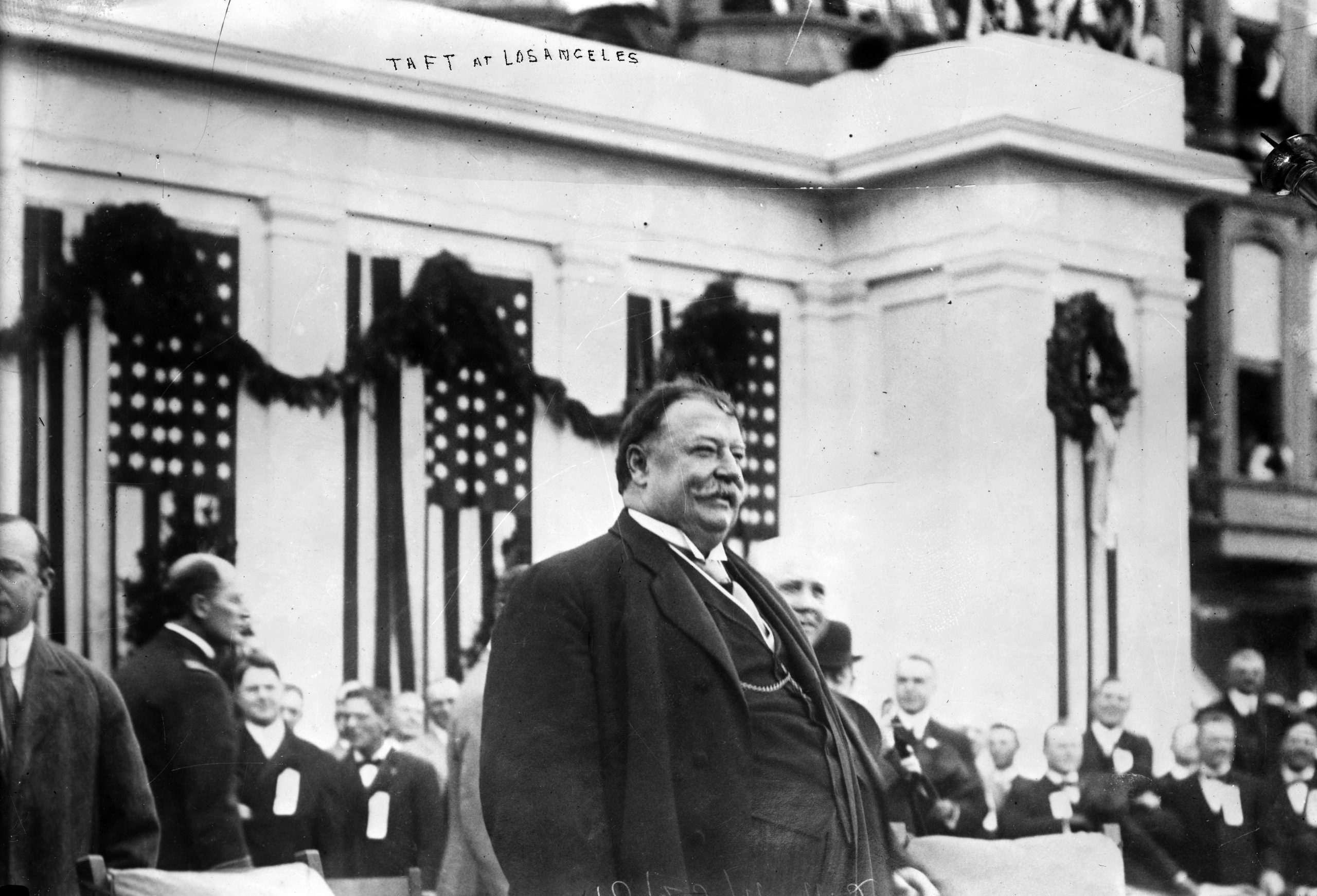 On October 16, 1911, U.S. President William Howard Taft arrived in Southern California for a whirlwind tour of Los Angeles, Pasadena, and Alhambra. The visit was not without drama. The McNamara brothers trial for the 1910 bombing of the Los Angeles Times building was about to begin. The high profile case required heightened security for the president during his visit. In fact, his overnight train to Los Angeles had unknowingly passed over a dynamite rigged bridge outside Santa Barbara. Why the bridge didn’t explode is anyone’s guess. According to newspaper reports, a nightwatchman unexpectedly frightened the dynamiters as they were planting additional explosives at another bridge. The dynamiters then ran away to avoid capture.

After a long day, Taft and his entourage arrived at the Alexandria Hotel for a special banquet held in the newly completed Franco-Italian Dining Room (The Palm Court). As the story goes, a throng of people and a brass band waited for Taft at one entrance, while the president and his bodyguards slipped into the Alex through the other entrance. Taft then quietly took the elevator to the presidential suite on the eighth floor of the original building. He then freshened up, changed clothes and came down to attend the banquet.

There are conflicting accounts as to whether Taft spent the night at the Alexandria. Some accounts suggest that he did, while newspapers at the time, announced that he would spend the night at his sister’s house in Los Angeles.