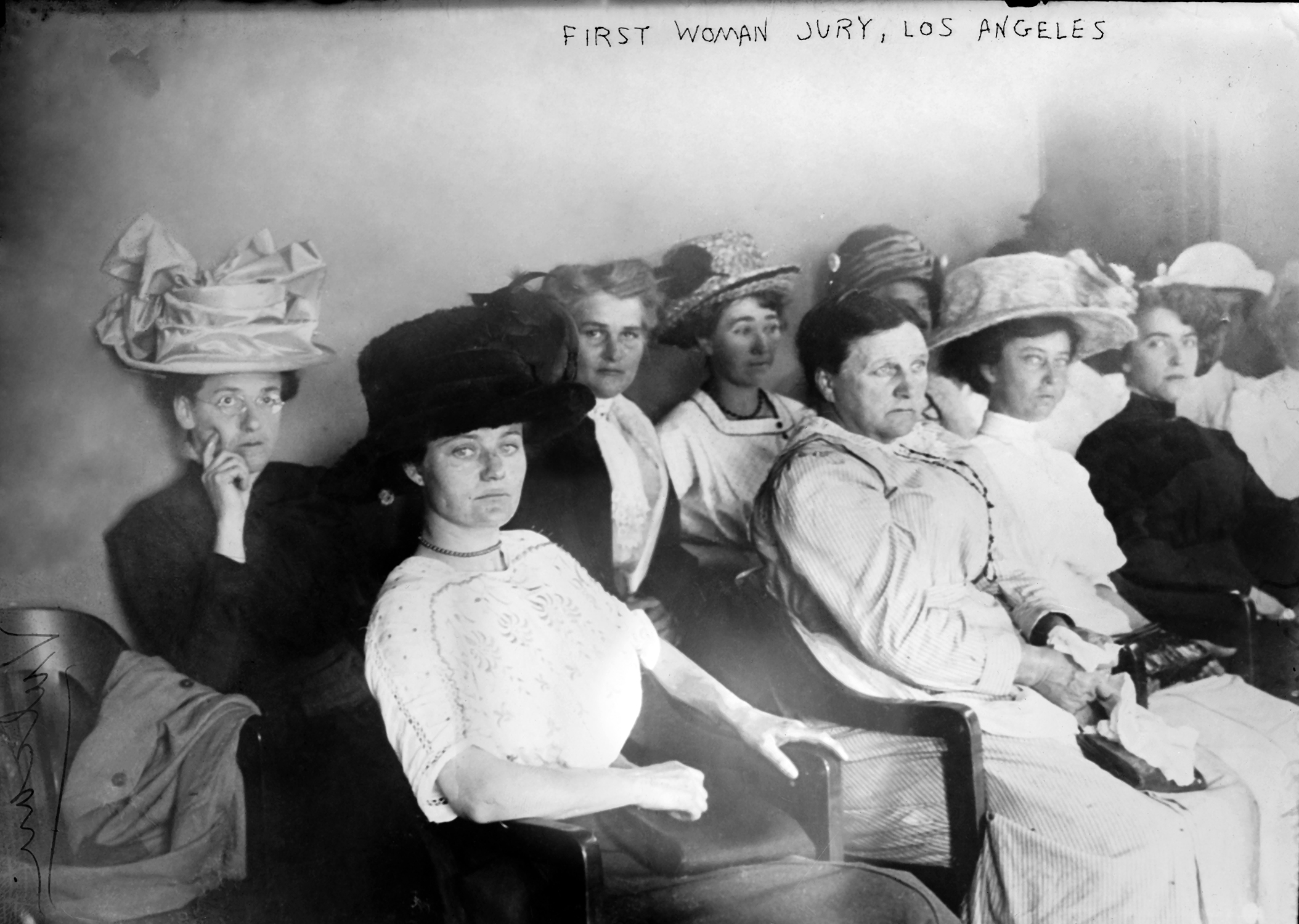 Los Angeles – The first woman jury in Southern California has returned a verdict and it is “not guilty.”

Twelve women of Watts, a suburb, sat patiently yesterday and listened to many witnesses testify for and against A.A. King, editor of the Watts News, who was charged with having printed indecent and obscene language. The article in question was part of a hotly contested village fight over the liquor question.

The crowd in court that wanted to get in was so large the justice abandoned his usual office and repaired to the council chamber, that all who wished to hear the case might do so. More than half the spectators were women and a great majority of these held babies in their arms.

The jury women were allowed to wear their hats, although later the court requested the ladies remove their headgear “in order that counsel could see the witnesses.”

NOTE: According to the Seymour Daily Republican newspaper, the legal trouble began after A.A. King had been verbally attacked by a Watts trustee. King then retaliated by “printing the exact epithets hurled by the trustee, which reflected on his parentage” in his newspaper. This led to accusations that King had broken a city ordinance.

While King was pro-temperance, he was opposed to women’s rights. Yet, when he got into trouble, he turned to women for help. According to the Washington Herald newspaper, he “had consented to being tried by a jury of women, expressing the belief that he would get a fairer trial than he would if men occupied the box. His faith in a woman was rewarded by an acquittal after twenty minutes’ deliberation by the fair occupants of the jury box.”

The Washington Herald also reported that:

The first exercise of their new citizenship rights by the women attracted the whole town. The courtroom was cr 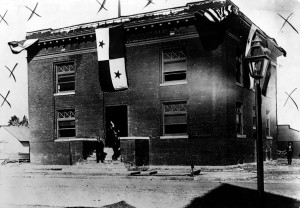 owded to the doors with the husbands and friends of the thirty-three married women, twenty-seven years old ‘and over’ who had been subpoenaed as a juror. During the examination of the venire, one of the prospective jurors asked if it was permissible to wear her hat in the jury box. The judge smilingly answered that it was entirely optional with the jurors. Part of the women continued to wear their hats, while the others removed them. When the jury was completed, the trial of the case was immediately begun and quickly finished.

The first all-female jury took place at the Watts City Hall building, once located at the northwest corner of W. Main and Stella Avenue.