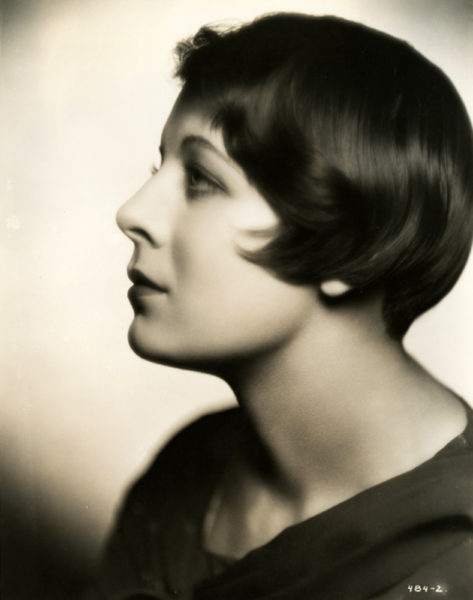 “They make insinuations concerning my girlfriend and myself when I’ve never had a girlfriend in my life; they wisecrack about my being on the make for every male in town, and about me being ‘wild.’ They say more things about me than ten girls could live up to.” — Rita La Roy in 1931.

In 1929, RKO signed her to a movie contract. The studio then cast her as the female lead in The Delightful Rogue (1929), starring Rod LaRoque. In that film, she danced and sang the hit song, “Gay Love.”

Following the film’s release, RKO gave her a large publicity boost. It seems as though she was too wild and unruly, however, for her studio bosses. While filming The Conspiracy, the studio added two clauses to her contract: “one forbids her sliding down the bannisters, a pastime of which she could never get enough, and the other specifies that there shall be no more horseback riding until ‘The Conspiracy’ is over.” The studio claimed that The Conspiracy director Christy Cabane had witnessed her on horseback, taunting and chasing a police officer in Griffith Park.

In 1931, RKO did not renew her contract. La Roy next signed with Paramount, hoping for a break. In 1932, she played a minor role as “Taxi Belle” Hooper in Blonde Venus, starring Marlene Dietrich. During production, La Roy and Dietrich were rumored to be lovers. Both were supposed to work together again in Song of Songs (1933), but the onscreen pairing never happened.

La Roy‘s demise as a promising film star began after she was fired from the Clara Bow film Call Her Savage (1932). According to newspaper accounts, she refused to wear revealing clothing for the film. The Los Angeles Examiner, however, indicated that Le Roy was fired for slapping fellow cast member Fred Kohler in the face after the actor got fresh with her.

As her career failed, La Roy played supporting roles in poverty row motion pictures before retiring in the 1940s. She then opened a modeling school in Los Angeles, and later starred in her own local television talk show.