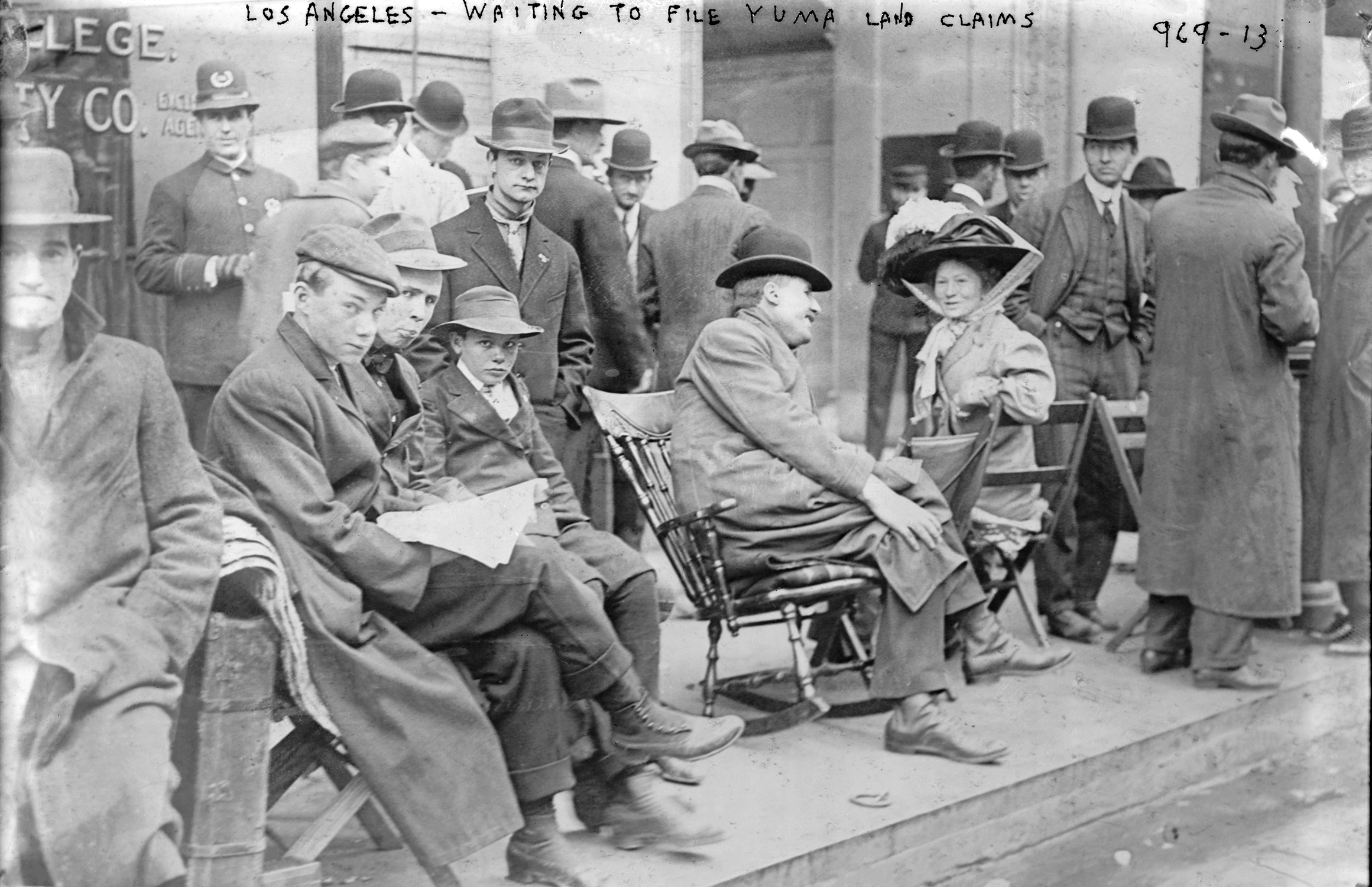 RUSH FOR LAND ON; SCORES IN LINE ALL NIGHT

Thousands Expected in Rush for Tract Opened by Government.

LOS ANGELES HERALD March 1, 1910 — Yuma land seekers began to form a line in front of the Shrine Auditorium at 8 o’clock last evening, and from that hour on nearly every car carried applicants to the auditorium who did not want to take any chances of being unable to get into the building when it is thrown open at 8 o’clock this morning.

The would-be homesteaders did not hope to gain any advantage over others who waited until morning, other than to be sure of getting in the building. They did not expect that their all-night wait would make them any more certain of drawing a farm at Yuma; they simply wanted to be sure they could get into the auditorium.

Some of the landseekers took food with them and some took pillows and blankets. Others, less thoughtful, did not provide themselves with these comforts much to their sorrow after they slept and sat on the hard, cold cement steps away from the auditorium for a few hours.

How to parse 173 forty-acre ranches in the Yuma land allotment between 700 or possibly 1000 men and women who are here from almost every state in the country began yesterday to be a serious problem to Register Frank Buren and Receiver O.R. Robinson, Los Angeles representatives of the United States land department….

Many seekers after a forty-acre ranch traveled over the car lines to the auditorium yesterday. Others remained in the vicinity of the building, expecting to remain there overnight and be the first at the doors this morning. Just why they did this and what gain or advantage they expected could not be explained. “We just like to be ‘sooners’; that’s all.” was the explanation of one lank, tired looking man, who said he passed through other land rushes and had failed to obtain the home and peace he anticipated. Those who came prepared to remain at or near the doors of the auditorium carried blankets and food. The majority of them viewed the all night wait as a frolic. To others it was “win or die” in the quest of a home. These had sacrificed homes and business and they did not feel they could afford to be among the late comers.

This photo was probably taken near the Chamber of Commerce building near the auditorium. 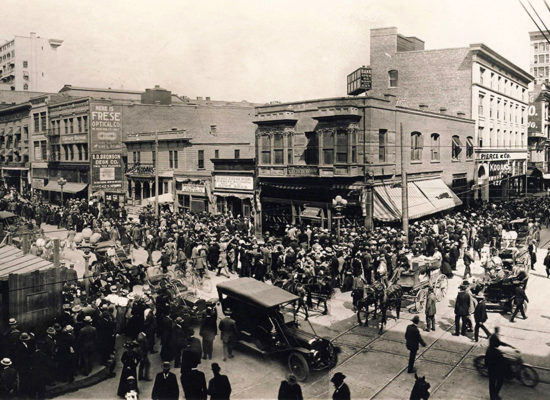