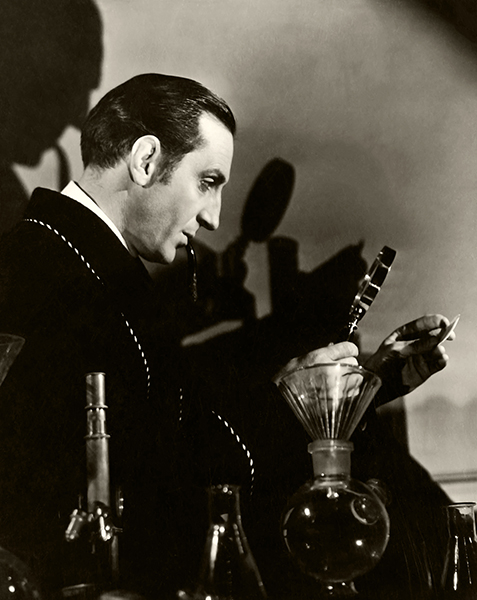 “I had hoped to escape being typed, which is the bane of every screen player, and I certainly don’t want to make my fans hate me. When you undertake to create a characterization you tie it in with a definite mood and your very success may be your undoing.” — Basil Rathbone. 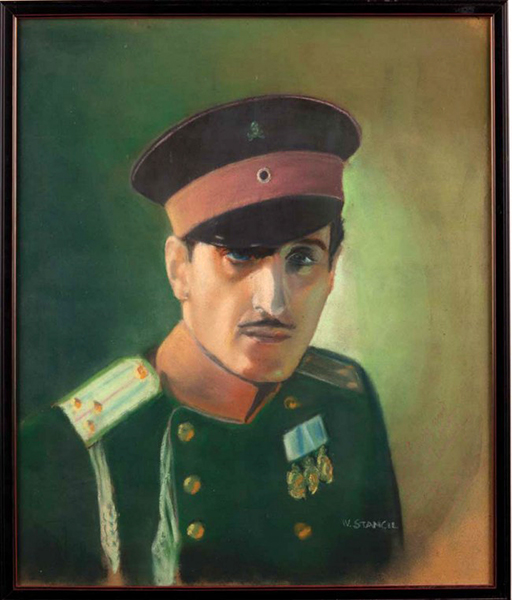 Artist: W. Stancil. Date: Circa 1930. Oil pastel, 16″ x 19″ illustration board. Signed and inscribed by Rathbone to the twin sons of Lawrence Tibbett: Larry and Richard. 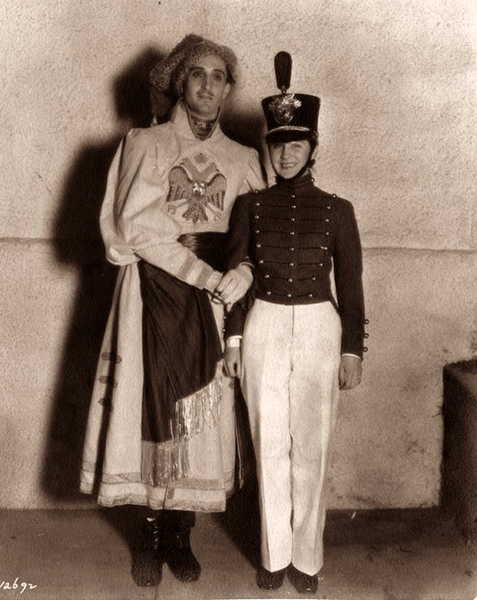 With Norma Shearer at a costume party thought to have been thrown at Marion Davies’ Santa Monica Beach House around 1930. 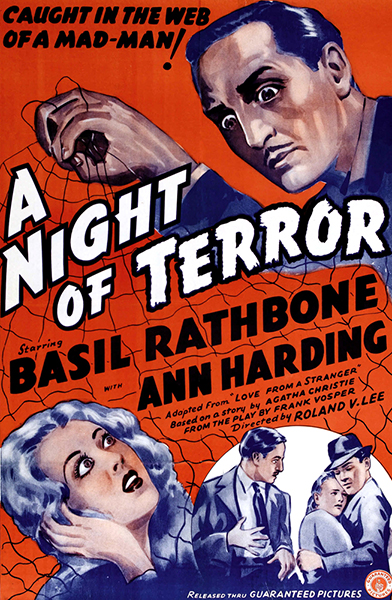 A Night of Terror (1937), also known as Love From a Stranger. With Ann Harding. 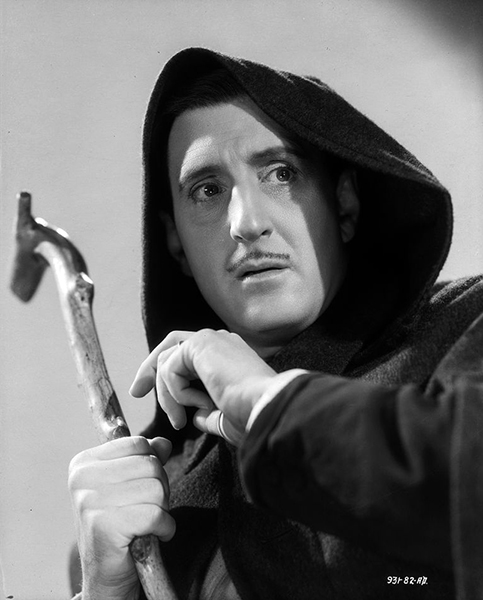 “I’m through with horror and villainy. A man has only so many villains in him, and I’ve played all mine.” – Basil Rathbone in 1939. 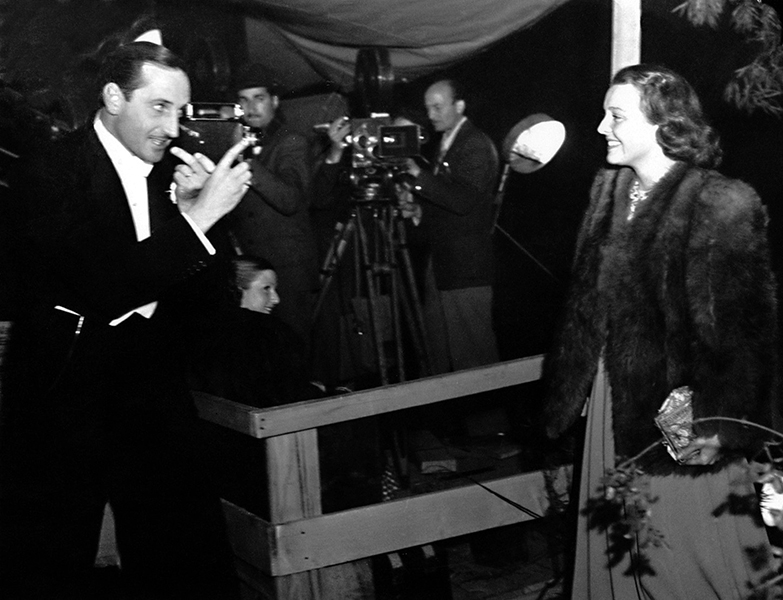 “Most Hollywood players don’t like having their pictures taken by amateurs. I shoot a lot of 16-mm movies and I find that professional actors, even around their own homes, still have to be directed. The women are cleverer: they generally can think of something to do, and they know better how to pose.” – Basil Rathbone in 1939. 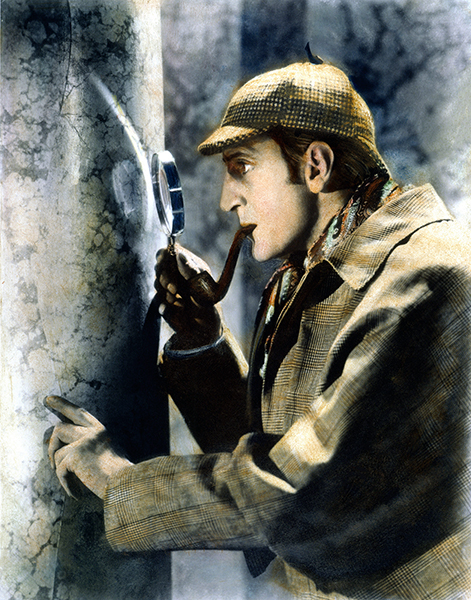 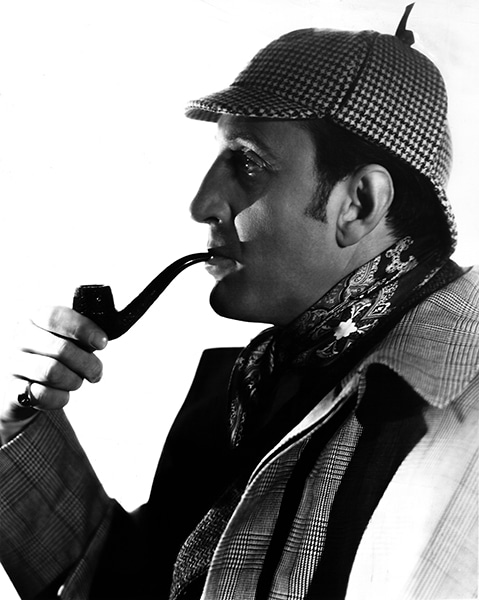 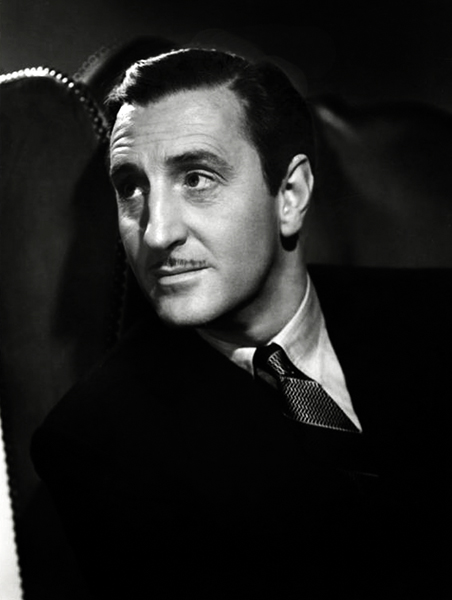 “When you become the character you portray, it’s the end of your career as an actor.” — Basil Rathbone 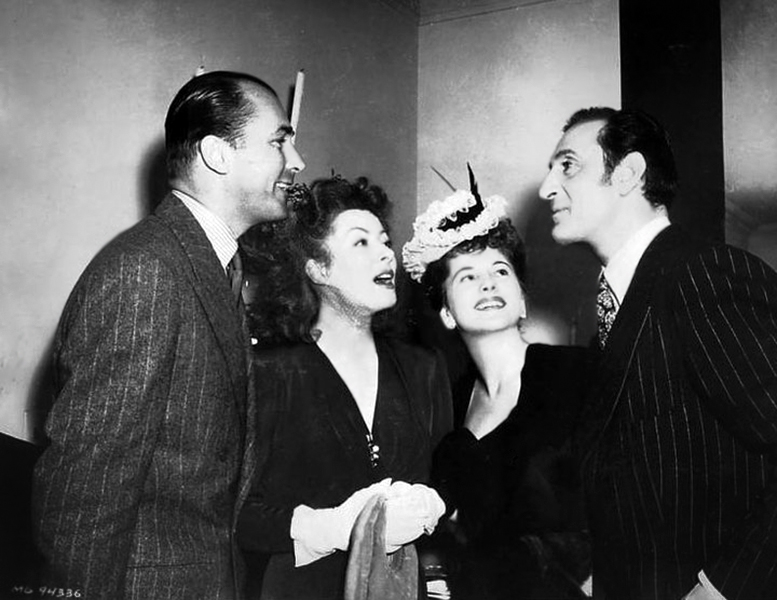 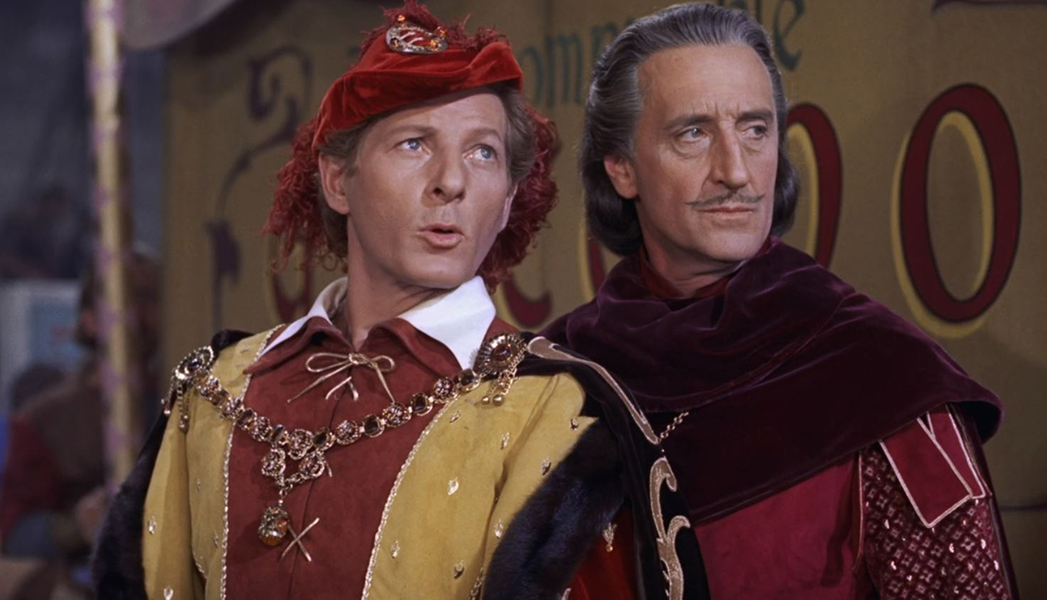 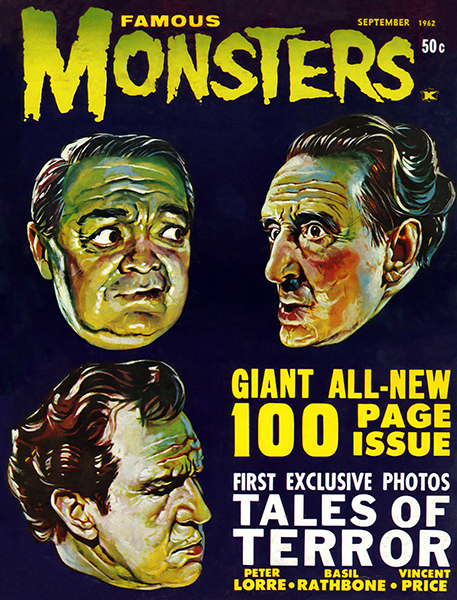 Famous Monsters Magazine from 1962. On the cover are Peter Lorre, Basil Rathbone, and Vincent Price.