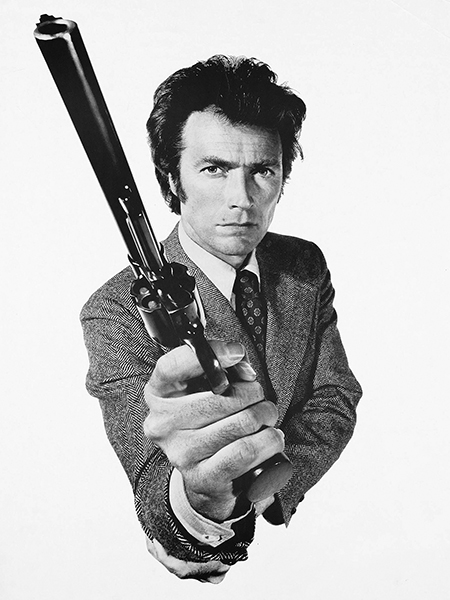 “All guns should be registered. I don’t think legitimate gun owners would mind that kind of legislation. Right now the furor against a gun law is by gun owners who are overreacting. They worry that all guns are going to be recalled. It’s impossible to take guns out of circulation, and that’s why firearms should be registered and mail-order delivery of guns halted.” — Clint Eastwood.

Source: The Films of Clint Eastwood by Boris Zmijewsky and Lee Pfeiffer (1988) 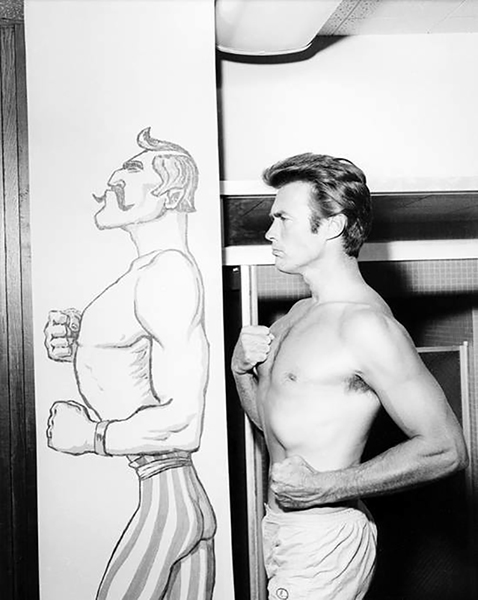 “We are like boxers, one never knows how much longer one has.” – Clint Eastwood 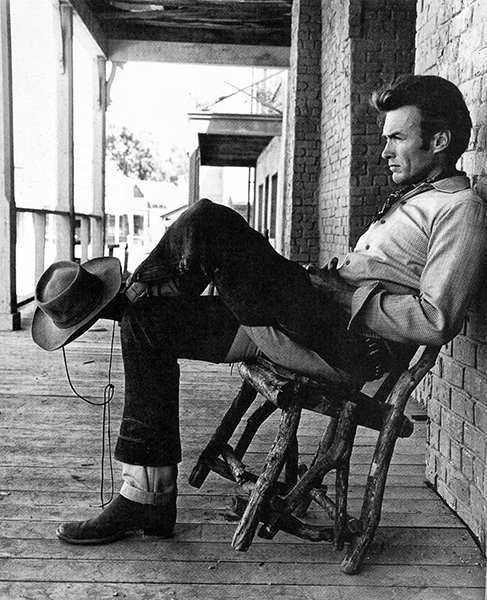 “Having the security of being in a series week in, week out gives you great flexibility; you can experiment with yourself, try a different scene different ways. If you make a mistake one week, you can look at it and say, ‘Well, I won’t do that again,’ and you’re still on the air next week.” — Clint Eastwood

Source: The Films of Clint Eastwood by Boris Zmijewsky and Lee Pfeiffer (1988) 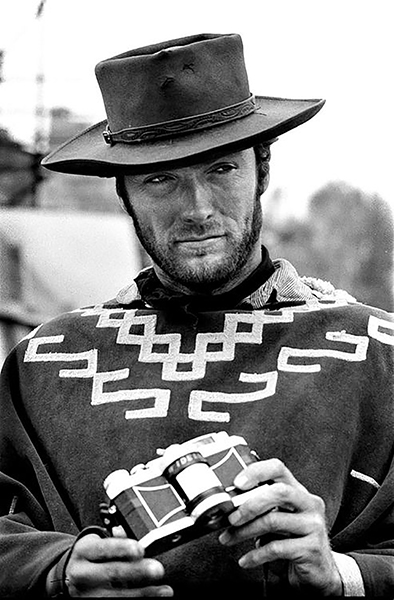 “I was heading for the annual between-season layoff of ‘Rawhide’ last year, when my agent sent me this script. I told him on the phone I wasn’t interested. I wanted to work on my golf game. But then he said, ‘Look, it would give you a chance to go to Europe.’ I’d never been to Europe, so I said, okay, I’d read the script. The minute I read it I liked it.” — Clint Eastwood 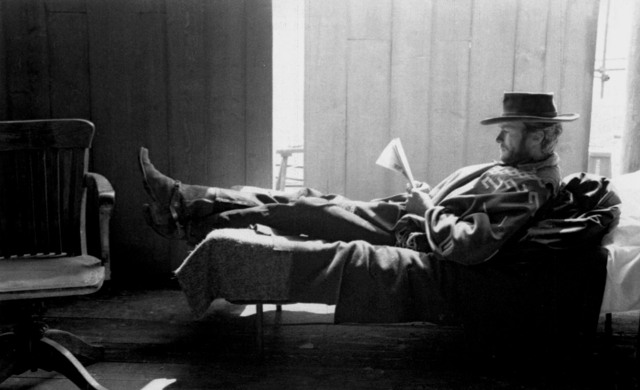 “I never considered myself a cowboy, because I wasn’t. But I guess when I got into cowboy gear I looked enough like one to convince people that I was.” — Clint Eastwood 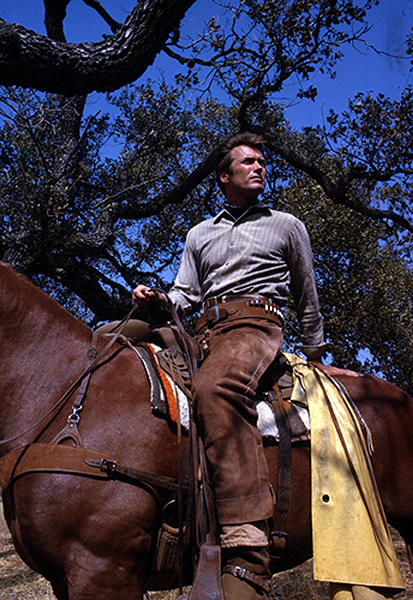 “I’ve had steady work for seven years. I get along fine with Eric [Fleming]. I just had three months off to do a movie in Spain. Why should I complain?” – Clint Eastwood in July of 1964, discussing his return as “Rowdy Yates” on Rawhide. 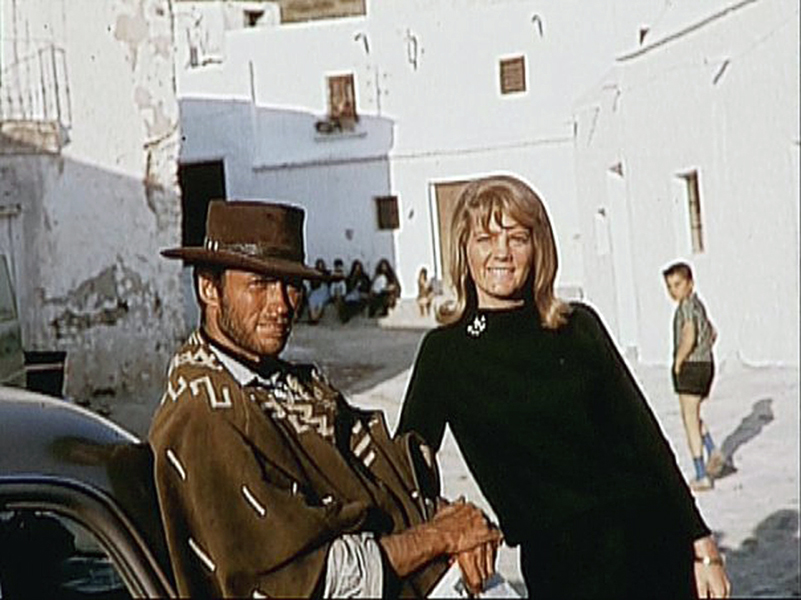 “She’s level-headed, fortunately. She’d have to be, to stay married to me for so long. I’m hard to live with — I’m moody and lots of times I like to be alone.” — Clint Eastwood, talking about his first wife, Maggie Johnson.

The two were married in 1953 and filed for divorced in 1979, but their marriage was far from rosy. Eastwood sired one child out of wedlock even before he had two children with Maggie. When the divorce was finalized in 1984, she got her own fistful of dollars — to the tune of $25 million. 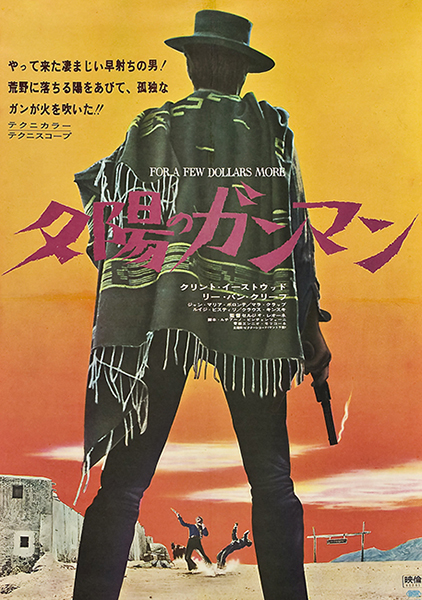 A 1967 Japanese poster for For a Few Dollars More.  Director: Sergio Leone. 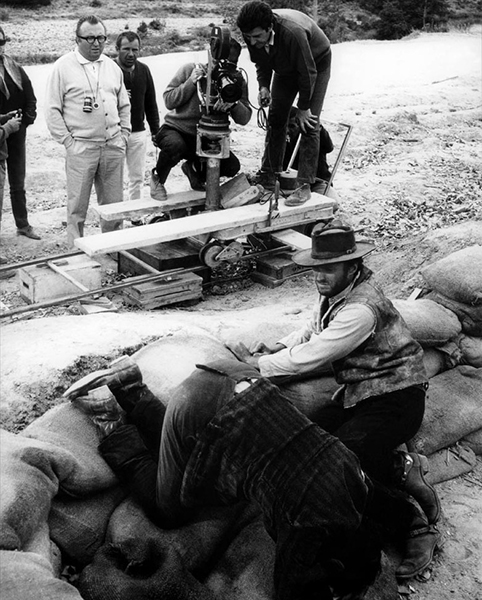 “Never trust anyone on an Italian movie. I know about these things. Stay away from special effects and explosives.” — Clint Eastwood to co-star Eli Wallach prior to shooting Sergio Leone’s classic The Good, The Bad & The Ugly. 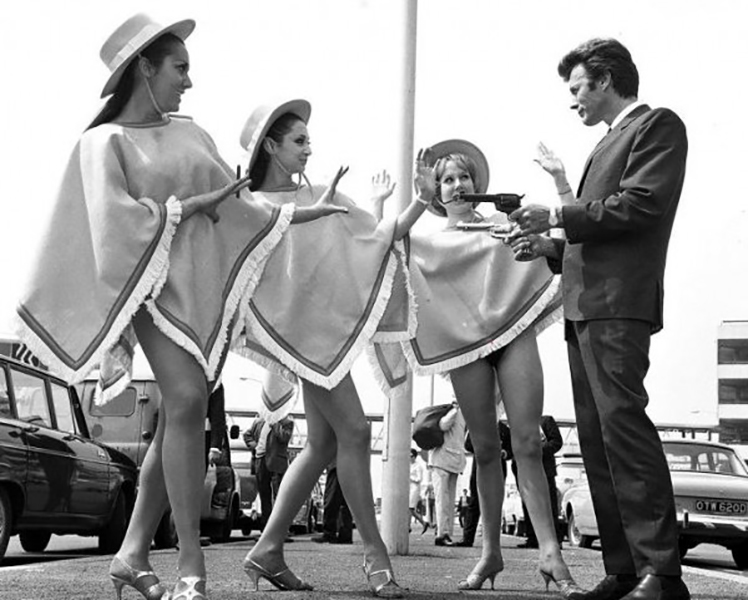 “I did have to go out of the country, but I don’t know if it gained me any respect. It did get me into some films that did well and helped an international thing to get going, but I don’t know if it helped me in this country. Maybe it left me with something to overcome – because a lot of people thought of me not only as a parody of The Man With No Name, but as the Man With No Roots.

“I wasn’t an actor out of New York or California, really. I was in Northern California and I wasn’t part of any Los Angeles social strata…All of a sudden it’s ‘Who’s this guy and what’s he doing to the western art form, what’s he doing in Spain making silly films? We didn’t choose this for him…'” — Clint Eastwood 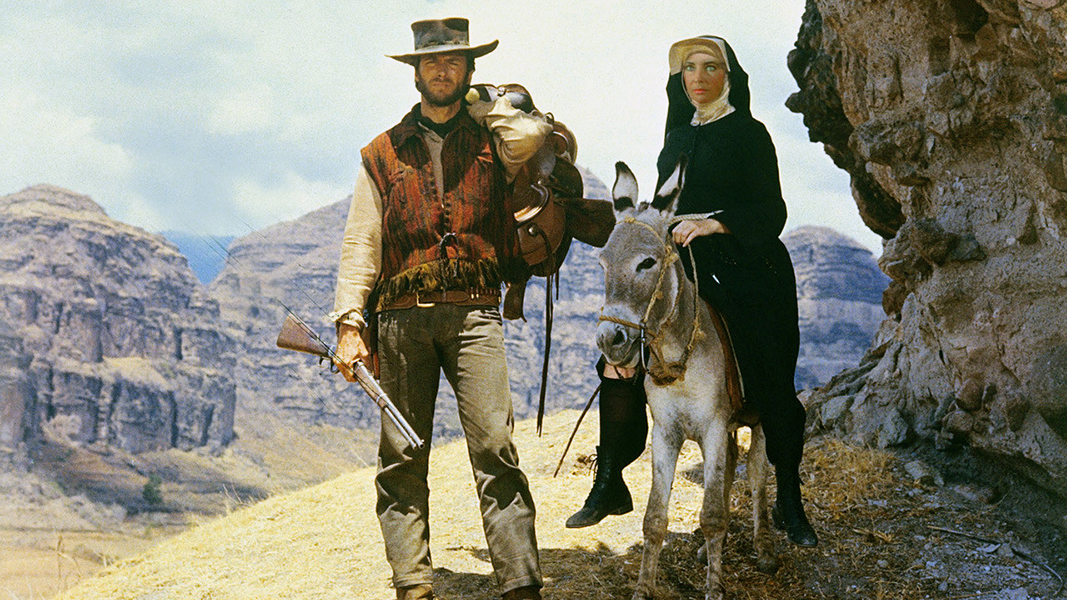 During the filming of Where Eagles Dare (1968), Clint Eastwood struck up a friendship with his co-star Richard Burton and his wife Elizabeth Taylor. At that time, Taylor had been offered the role of Sister Sara in Two Mules for Sister Sara. Thinking that Eastwood would be a perfect co-star for her, she handed him a copy of the script. Eastwood liked it and agreed to accept second billing.

After Universal Studios had secured partial funding (providing that the movie be shot in Mexico), Taylor requested that the movie be shot in Spain instead, so that she could be nearer to Burton, who was shooting a film there.  Universal refused Taylor‘s request and moved forward by hiring director Don Siegel.  After Taylor backed out of the picture, Universal decided to cast Shirley MacClaine as Sister Sara based on her performance in Sweet Charity.

Siegel and Eastwood did not particularly get along with MacClaine on the set. It also turned out to be a difficult shoot due to other problems, such as widespread sickness.

Today, Two Mules For Sister Sara is regarded an Eastwood film rather than a MacLaine film, despite the fact that she received top billing.

One can’t help but wonder: what would the dynamic have been like if he had co-starred with Elizabeth Taylor? 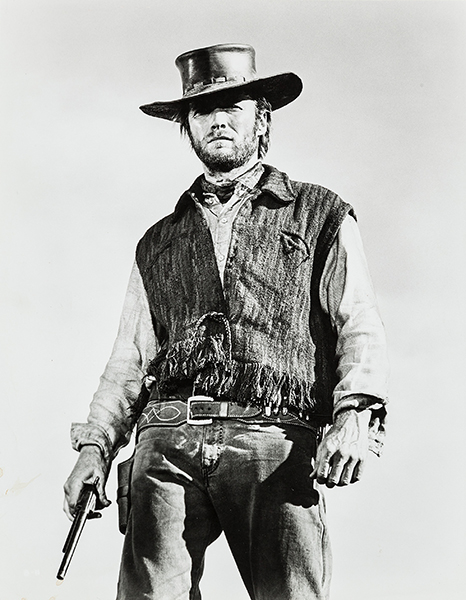 “Any actor, going into pictures, has to have something special. That’s what makes a star while a lot of damn good actors are passed by. The public recognizes their work as good, but they don’t run out to see them with their $3 for a ticket. The public goes to see the stars. I didn’t invent those rules, that’s just the way it is.” — Clint Eastwood 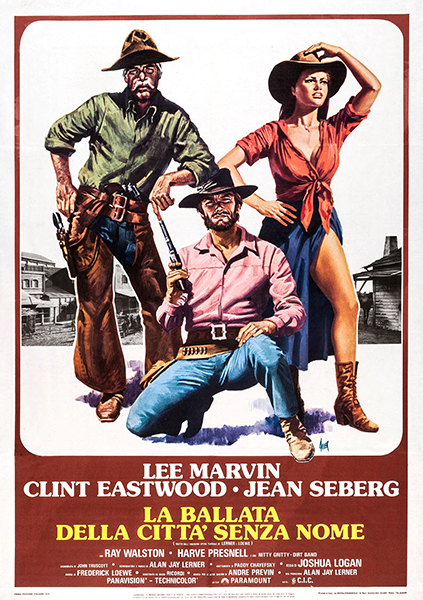 I wonder how many Italians were shocked to find out that Paint Your Wagon (1969) wasn’t a spaghetti western costarring Claudia Cardinale? 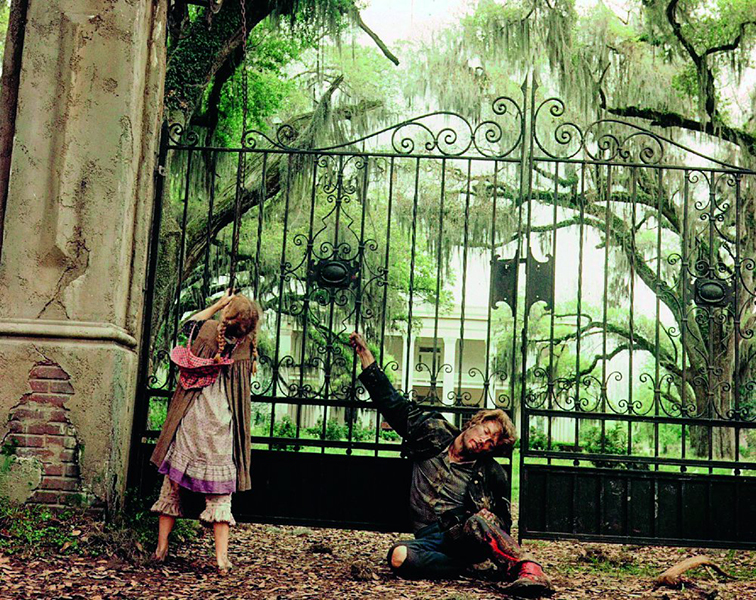 “I was terrible disappointed by the way ‘The Beguiled’ was sold. I told the studio before I made it that it was a completely different kind of story, a psychological Gothic horror film. Then they sold it as just another Clint Eastwood picture, me with a cheroot cigar and stubble beard, which was awfully unfair to both my regular audience and those who wanted something different.” — Clint Eastwood 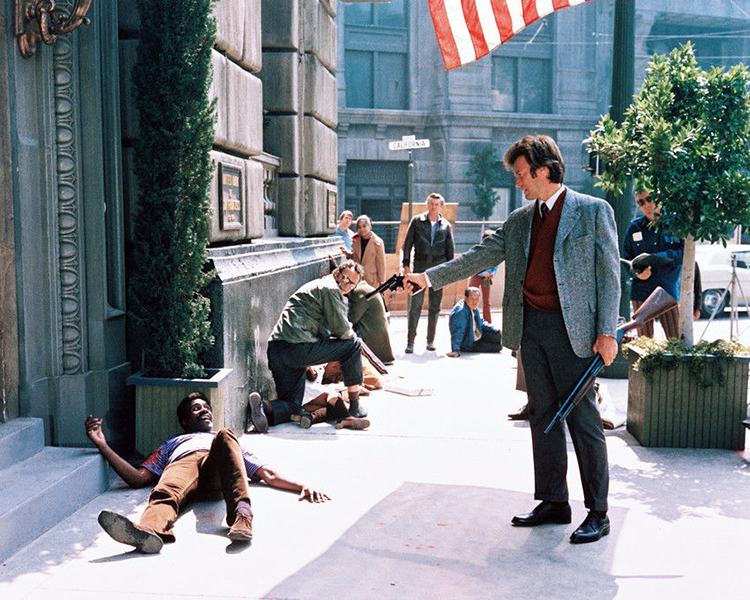 “I don’t think Dirty Harry was a fascist film at all. It’s just the story of one frustrated police officer in a frustrating situation. I think that’s why police officers were attracted to the film. Most of the films that were coming out at that time, in 1972, were extremely anti-cop….and this was a film that showed the frustrations of the job, but at the same time, it wasn’t a glorification of police work.” — Clint Eastwood 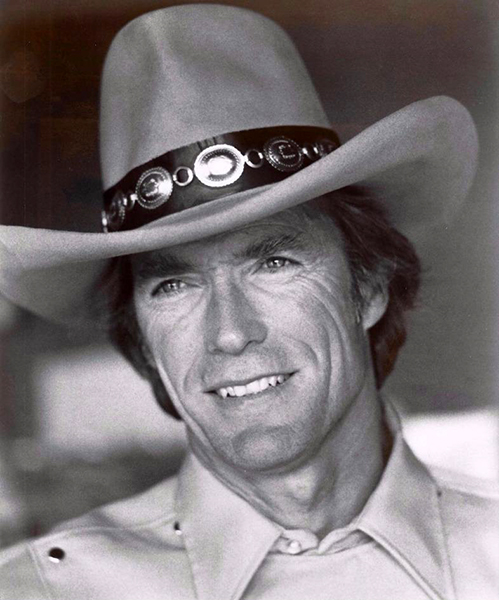 “My first thought was that Frank Capra or Preston Sturges might have done it in their heyday. It had some values that were interesting to explore in contrast to the ’60s, Vietnam and Watergate and so on. Here was a guy who was a loser but who wouldn’t acknowledge it and who was a holdout against cynicism. It wasn’t old-fashioned but in a way it was. The guy was fun to play because he had to be stripped bare of all his dignity, like the character in ‘It’s a Wonderful Life,’ to make the transition and end up all right.” — Clint Eastwood 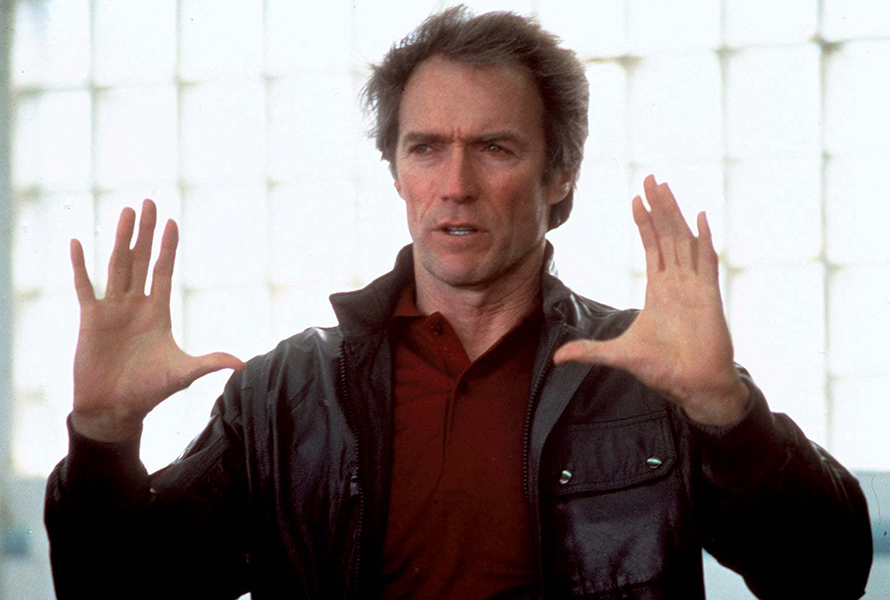 “I suppose Clint Eastwood is the most underrated director in the world today.” — Orson Welles in 1983.

“I’m not a player. I play in my living room. I’ll write something down, figure out some melody… it’s just a relaxation at this point. When I was a kid, I played a little bit but I never pursued it. I was a jack of all trades and master of none musically, but I’ve always enjoyed music a lot.” — Clint Eastwood 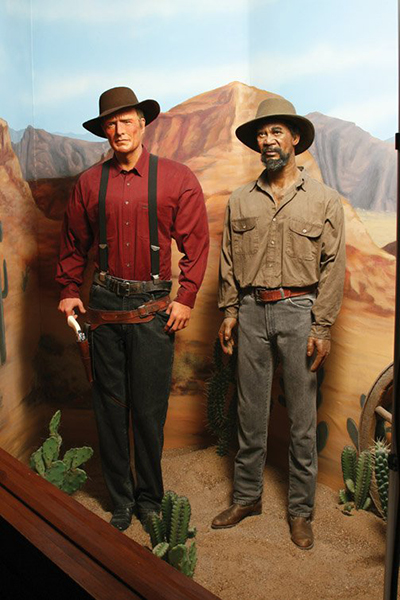 Wax figures of Clint Eastwood and Morgan Freeman standing in what looks like a cowboy litter box. Both figures measure about 6’ 2″ inches tall.  Retired from the Hollywood Wax Museum. 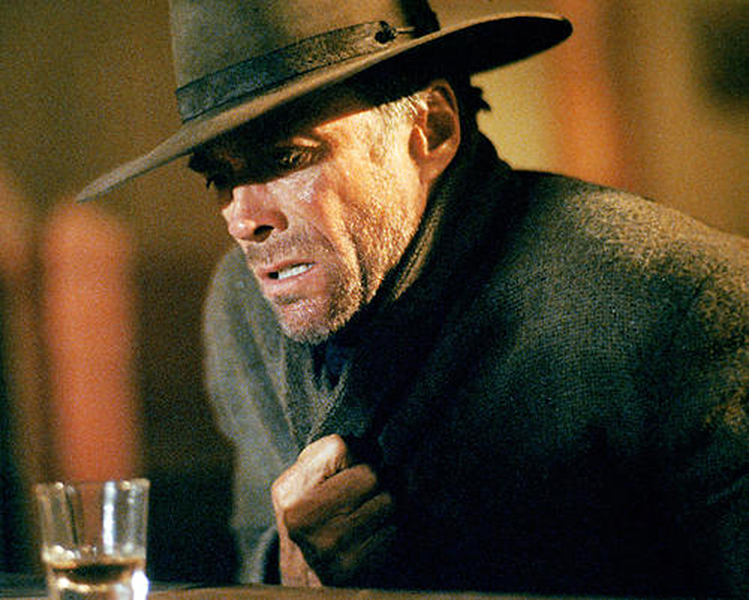 INSTRUCTIONS
Combine bourbon, vermouth, and bitters in a cocktail shaker filled with ice. Shake and strain into a chilled martini glass; garnish with cherry.

“Yeah, he’s called me that before. Does that mean they’re all disappointing and I’m just the least? Whatever – I’ll consider that a compliment. My quote for him would be that he’s better than he’s rated, and he comes highly rated.” — Clint Eastwood