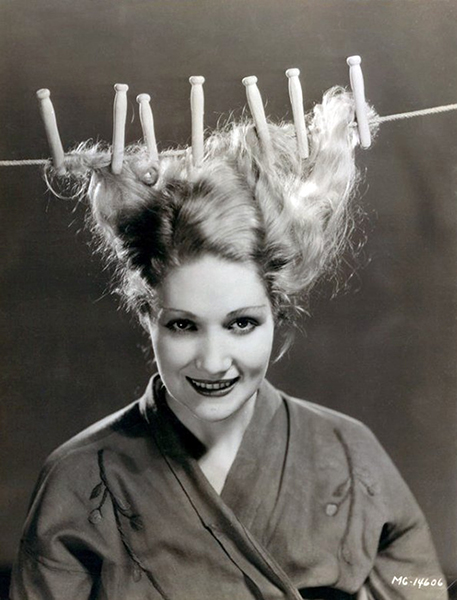 “You see, I know that I am a dreadful housekeeper, and besides that, I have made the painful discovery that one cook can spoil the broth just as badly as too many can.” – Edwina Booth

Edwina Booth was born Josephine Constance Woodruff, in Utah, in 1904. As a child, she suffered from hypoglycemia, which made her too weak to go to school. Her father, who worked as a surgeon, hired tutors to educate his daughter at home. When he contracted influenza in the late 1910s, he moved to Venice, California, to recuperate. Finding the climate pleasant, he relocated his family to Southern California in 1921.

As a young woman, Connie worked secretarial jobs while living at home with her parents. Then, in 1926, she caught the eye of a movie director while watching a film crew shoot shooting a movie at the beach.

The director arranged for a screen test, and Connie Woodruff became Edwina Booth. In 1927, Booth appeared in the Los Angeles stage premiere of Sun-Up at the Mason Theatre. She then began to model and do extra work in motion pictures.

In 1928, MGM got the idea to film Trader Horn in the wilds of Africa. The film’s director W.S. Van Dyke needed a “White Goddess” to wear skimpy clothing in the Congo. However, he couldn’t get a big-name female star to travel to Africa.

One morning in the spring of 1929, the phone rang. Booth answered. A voice on the other end asked her to test for the “White Goddess.” She rushed to the studio only to be disappointed that the audition was a thinly disguised publicity junket. Angered by the deception, she threw a tantrum on the MGM lot.

Here is Booth‘s version of the story as reported in the newspapers:

“It goes to prove that when you speak out of turn they at least won’t forget you.

“I had been working most of the night on retakes of a picture in which I had a small bit, and I was terribly tired. I had gone home to Pasadena and was just falling asleep when about 7 o’clock in the morning, the phone rang. It was the studio. They asked me to come out. I said I couldn’t: that I was too exhausted. But, said the voice, it was a great chance. I went out.

“Well, when I got there, it was merely a press agent stunt they wanted me for. I was to line up with 14 other girls and be photographed as one of the crowd seeking the Trader Horn part. I was so darn mad that I all but wrecked the place. I waited until the photo was made and then out I walked.

“It seems that about a week later they had exhausted most of the possibilities and couldn’t find anyone for the part. The casting directors threw up their hands. Director Van Dyke  got the report and, naturally, was annoyed.

“‘Say,’ he told them, ‘have you called in that girl who raised so much hell around here the other day?’ They hadn’t. So I was called. And I got the job. He had singled me out because my fit of bad temper had made an impression.

“Now, I ask you…isn’t this a crazy world? As long as I was a nice, well-tempered person, I went around playing small parts. Then I throw a tantrum and land a starring role. Is there any sense to things?” 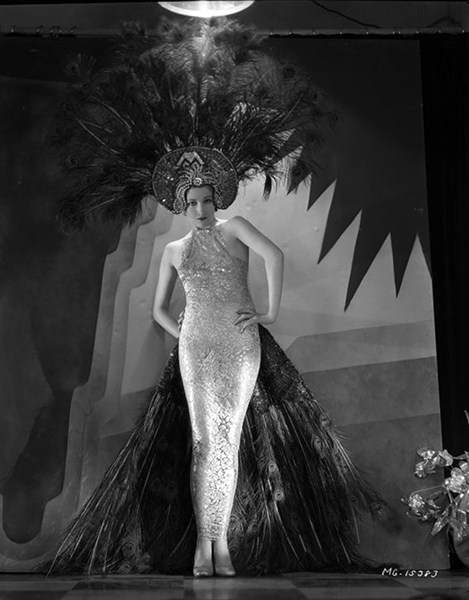 After MGM found its “White Goddess,” studio publicists hyped Edwina Booth as an “extra” poised for overnight stardom. In between George Hurrell’s portrait sittings, she was fitted for a skimpy costume made of monkey fur.  She then joined co-stars Harry Carey and Duncan Renaldo for a long voyage to Africa for a three-month shoot.

Trader Horn was a jinxed production. Although the film was supposed to be silent, MGM decided to make it a talkie after the crew arrived in Africa. The cast and crew then waited for the arrival of sound recording equipment, additional crew members, and script revisions.

Despite continuing equipment failures, Booth suffered the worst. She was ill-prepared for the jungle.

“When we got to the Red Sea, on our way to Africa,” she said.  “I was told to take daily sun baths in order to acquire a tan for the picture. I took them every day, but my skin refused to darken. I didn’t know then that the sun was penetrating my body.

“When I got off the boat in Africa, I was so sick I could barely stand, but there we were, 7000 miles from the studio, and the picture had to go on. I played my part bareheaded and in scant attire, under the broiling sun. Everyone else wore pith helmets and wet clothes at the base of their brain.

“I began to wonder why I ached so; why my head throbbed; why I fainted.

“When we got back to Hollywood there was still months of work to be done on the picture. I finished my role, with doctors and nurses standing by. Between scenes, I had to lie down.” 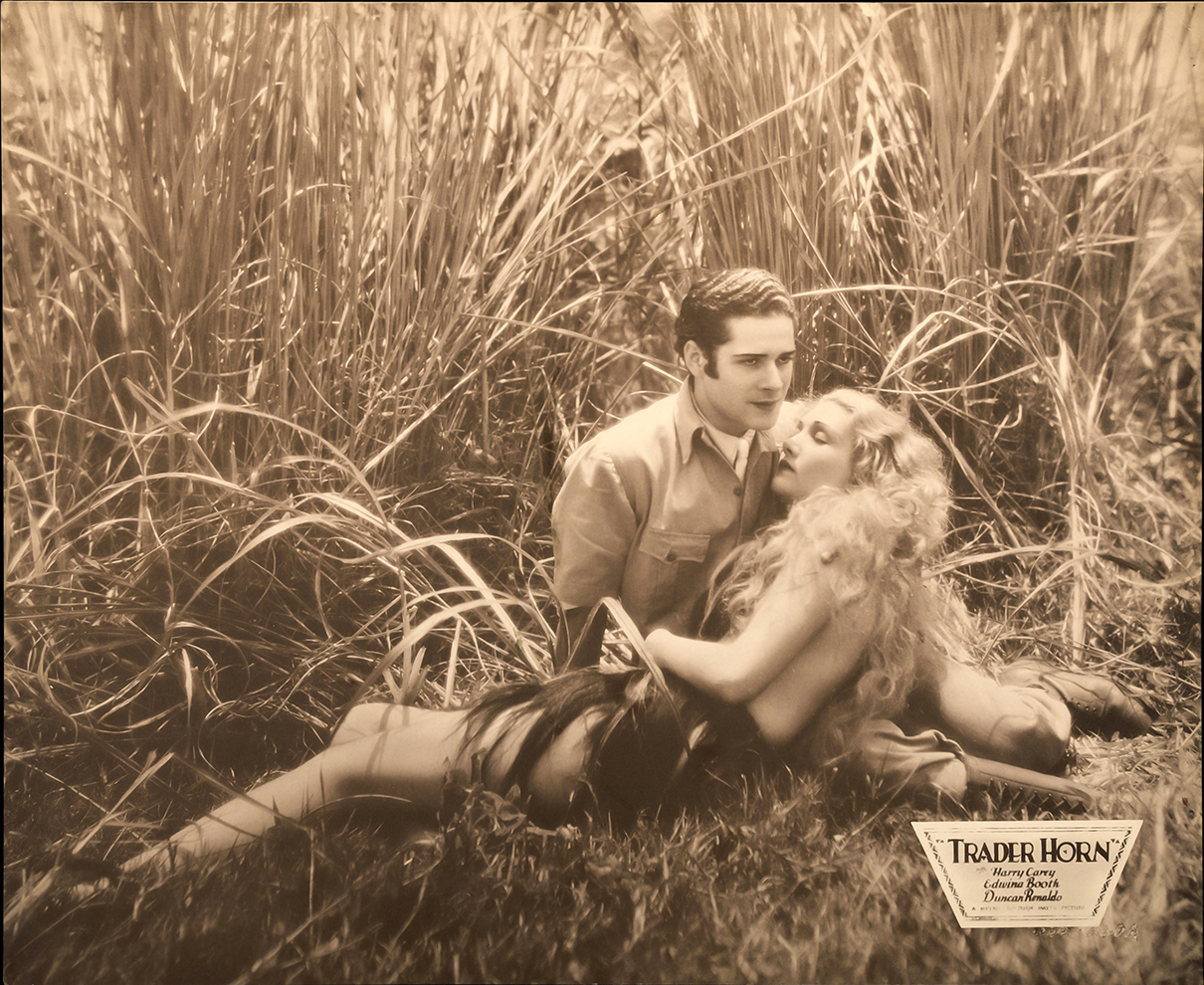 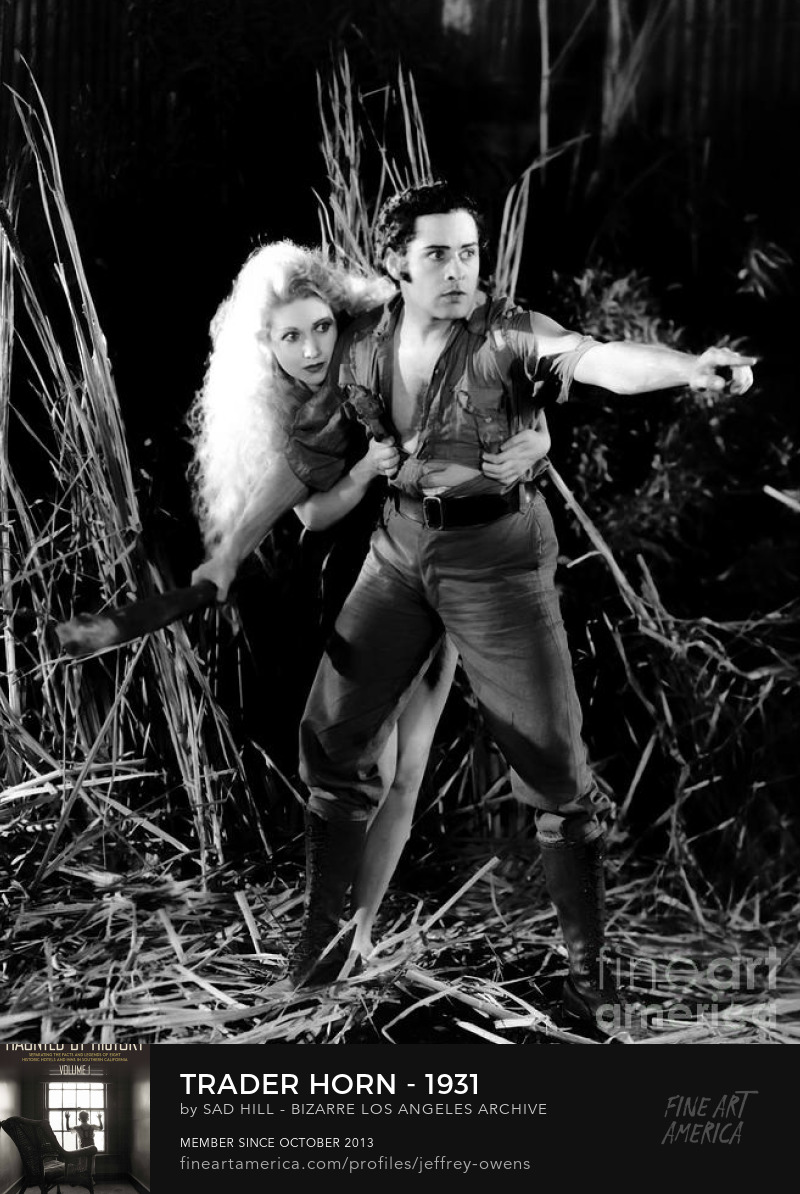 Despite all of the film’s problems, Trader Horn was a huge box office hit when it opened in 1931. Edwina Booth became a celebrity of great interest. However, MGM did not know what to do with her. Van Dyke described her as a “blonde with a temper like a spanked cat.” 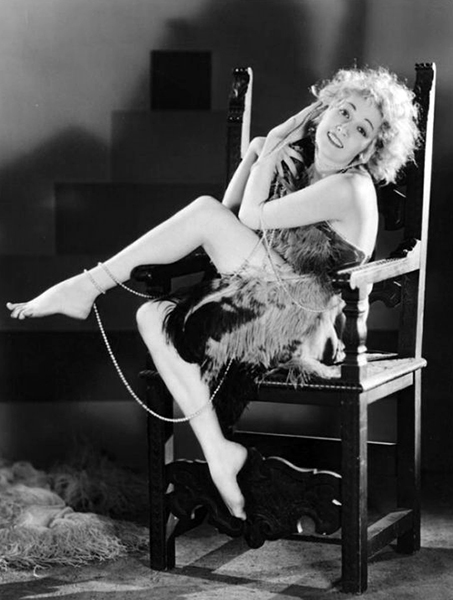 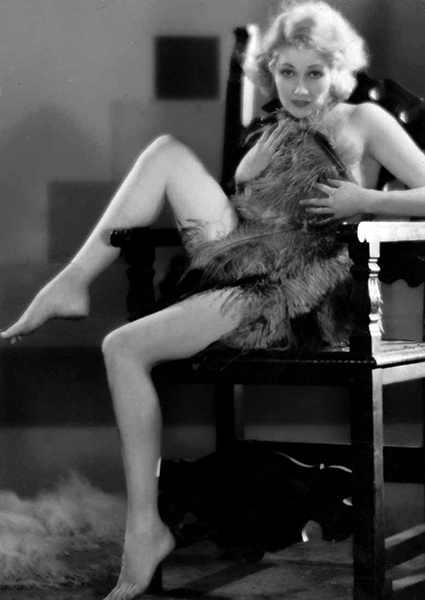 After the film’s release, Duncan Renaldo‘s mentally deranged wife sued Booth for stealing her husband’s affections while both of them were in Africa. The lawsuit dropped another bombshell: Booth was once married to Anthony Goodrun Schuck, but their marriage was annulled. However, it appears as though the annulment occurred because both of them were minors at the time.

Although the court found Booth innocent of adultery, her stardom waned. MGM loaned her and former co-star Harry Carey to Mascot Pictures to make The Vanishing Legion (1931) and Last of the Mohicans (1932).  She also appeared in the low-budget films, The Midnight Patrol (1931) and Trapped in Tia Juana (1932). None of these films, however, matched the success of Trader Horn. 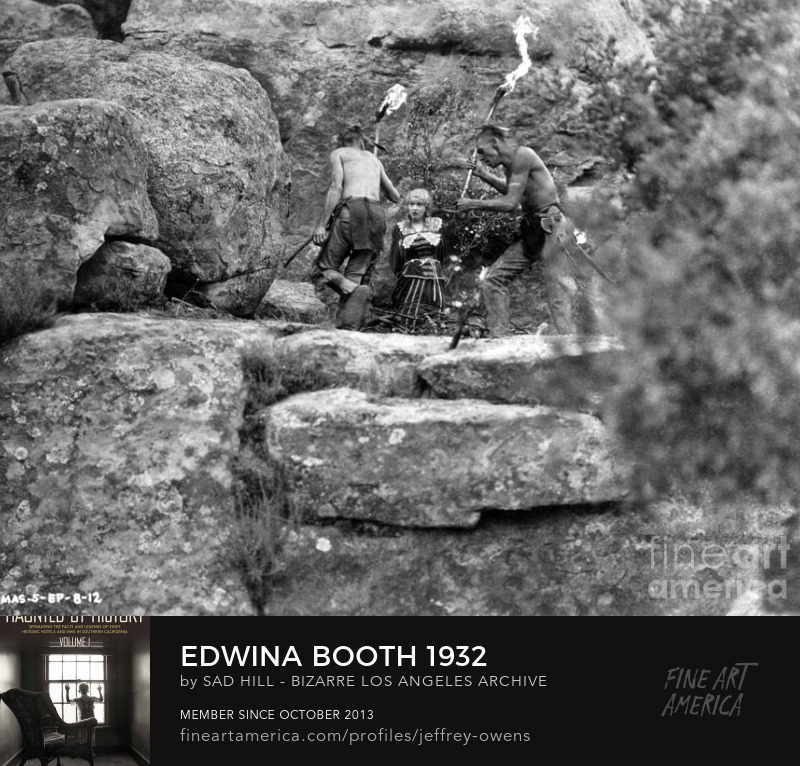 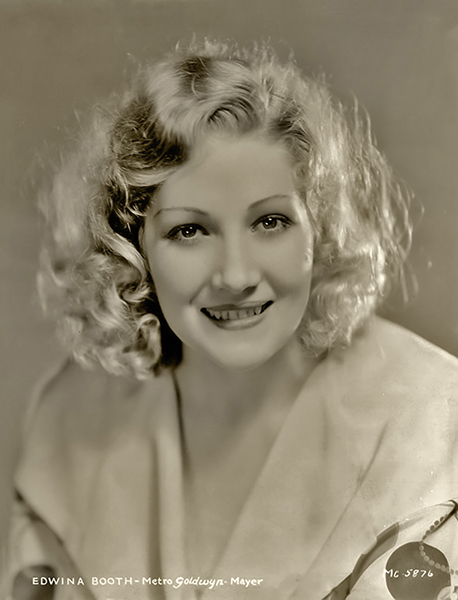 “Hereafter, I am, shall be, and am making my plans to remain a resident of the United States of America, North American Continent, Western Hemisphere. But Africa? Out, forever!” — Edwina Booth in 1931.

MGM released her from her contract in late 1931. The following year, she spent seven months in bed, fighting a relapse of her illness. By 1934, she was broke and receiving financial help from the Motion Picture Relief Fund. 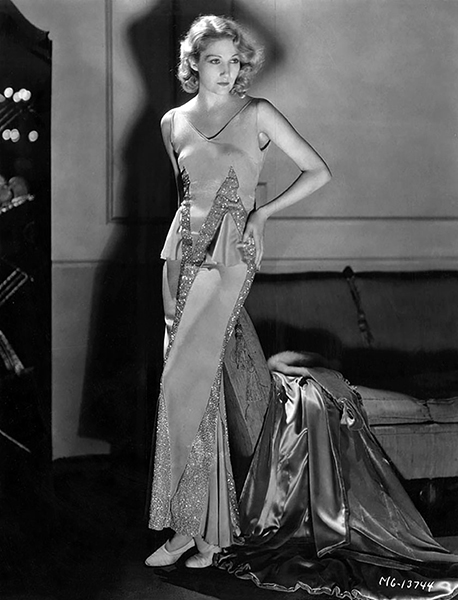 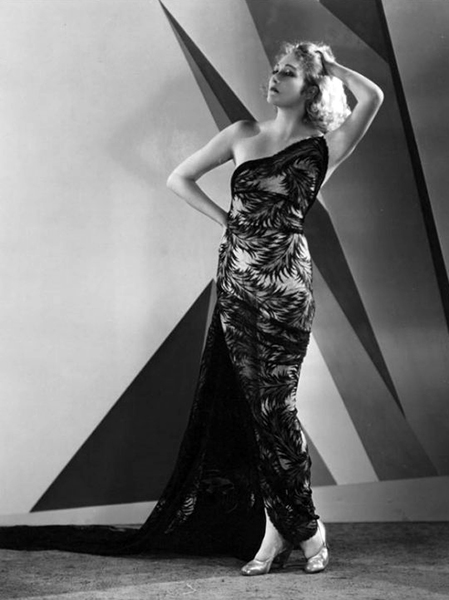 Booth was in very poor health when she wrote:

“I’ve only learned what it means to die – to be away – to be denied life – to know that I may never get better – that I may never get worse – just remain like this. Like this is to be so weak that you cry when you want to talk; to have pains go shooting through your head; to want to walk and be unable; to lie on your back in a darkened room – away from the sunshine you hate – and know that outside the parade has passed you by and that you’ll never be able to catch up with it again.” 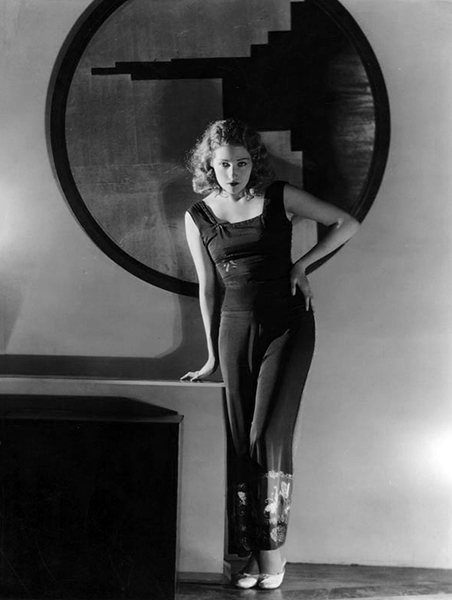 She sued MGM for a million dollars and received a paltry settlement out of court with the stipulation that she seek medical care in Europe. Booth then sought help in Britain and Switzerland.

When Adolph Hitler heard of her ailment, he allowed her to seek treatment in Germany. Hitler also assigned S.S. officers to look after her needs. Eventually, a Viennese doctor deduced that her blood was poisoned by repeated bites from a tsetse fly and that sunstroke damaged her nervous system.

With medical help, Booth eventually overcame her illness. Fans still wrote her letters, but she never appeared interested in returning to films. Many of her later friends didn’t even know that she was once a star.

She married twice…and spent her later years heavily involved in the Mormon Church in Santa Monica and in Los Angeles. In later life, she granted a few interviews. Friends and family knew her as Connie.

After a few fake reports of her death, Edwina Booth died in 1991 of heart failure. However, you won’t find a headstone bearing her more famous screen name. She is buried next to her husband in Santa Monica’s Woodlawn Cemetery under the name Constance W. Fehlberg.