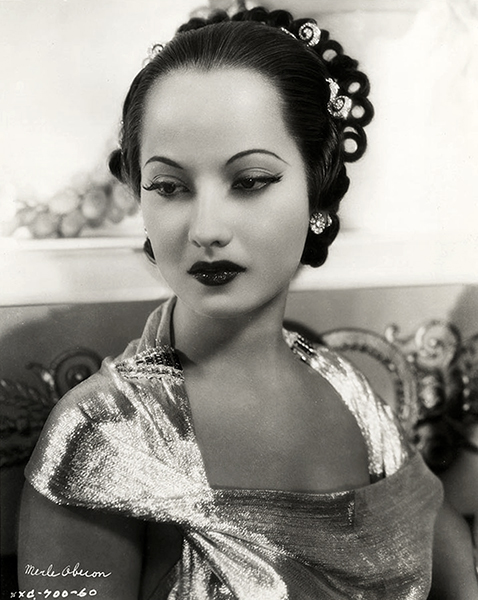 “I want everything. I suppose that’s asking too much but I’m determined to get them.” – Merle Oberon 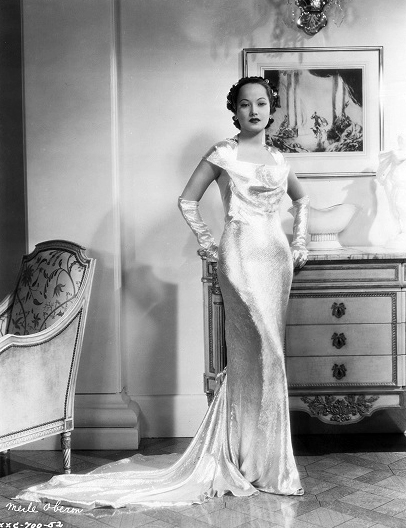 “I’ve been lucky all the time for I never had to play crowd parts. Just hanging around a studio on chance must in the end prove dreadfully dispiriting, I should imagine. I never had any previous training in dramatic work – just wanted to act, and it seemed to come naturally to me. Now, of course, I am busy with elocution and singing lessons, because I want to improve my diction and develop what voice I have in readiness for any singing parts that may be allotted to me in the future” — Merle Oberon 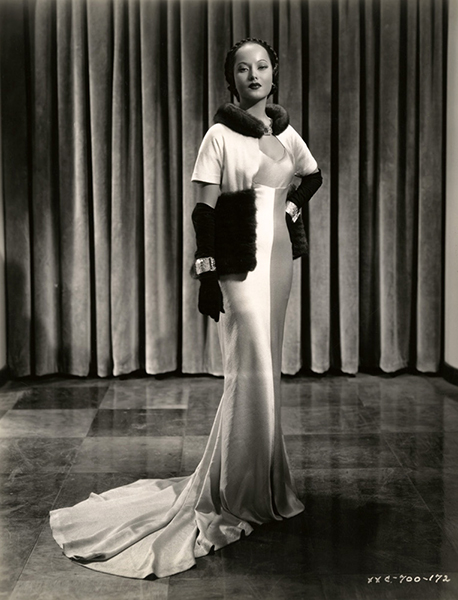 “They’re trying to make me the first “Glamour Girl’ of England. I suppose it is because my face is odd, and my eyes slant. I don’t look like any of the other movie stars over there, and they feel that if they worked on me hard enough, perhaps I would be the type. Maybe so! Somehow, I think personally that California with its sunshine and flowers, and all the tremendously expensive atmosphere of the place, is the proper setting for the wonder-women of the screen. I’m afraid that any ‘glamour girl’ would soon wilt away beneath the stern reality of a typical London fog.” –Merle Oberon in 1935. 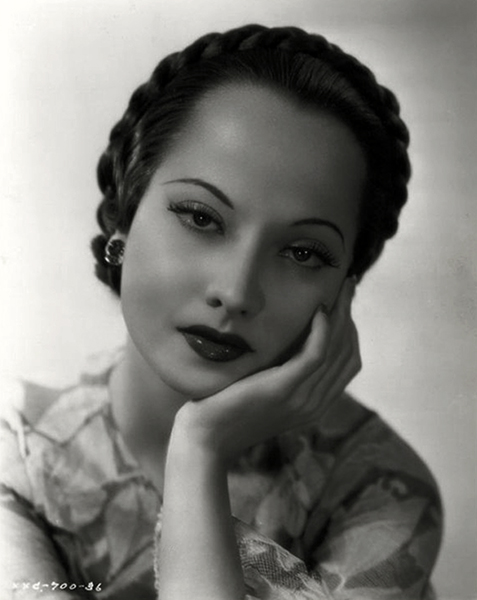 “Everything about the place seemed exaggerated. The sun was too big and too hot. The flowers were too vivid, too colorful, to be real. The buildings and homes too ornate to work and live in, the sea too blue to be natural. Everything had that look to it. Even the people. I never saw so many lovely girls in one place before. Or so many handsome men. You know what I mean. I felt that it could not possibly be real. I felt that the buildings would vanish at a moment’s notice. That the flowers would disappear. That the sun would drop swiftly, and the whole thing would turn into a dream. It was all so strange, so entirely unlike anything I had ever seen before, that I couldn’t grasp it at first — couldn’t seem to get used to it. To the stranger at the gates, there seems to be a sort of impermanent air about the whole place.” — Merle Oberon recalling her first impression of Los Angeles after arriving from England in the mid-1930s. 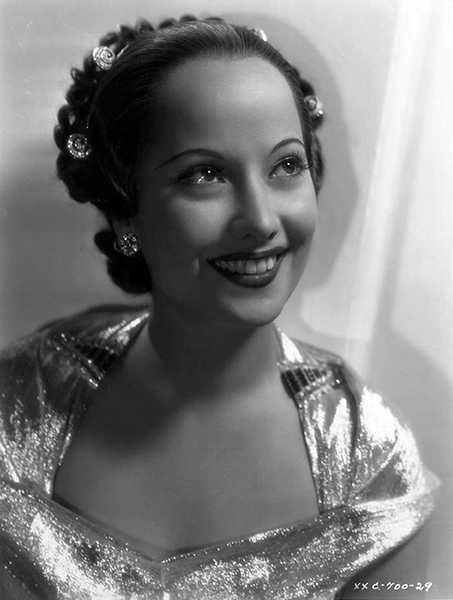 “I look terrible but the gold dust is my idea and it photographs so well that the whole studio is interested. I am applying for a patent because I use a certain oil mixture with the gold dust that is as valuable to the American panchromatic film in making stars have a smooth screen complexion.” — Merle Oberon 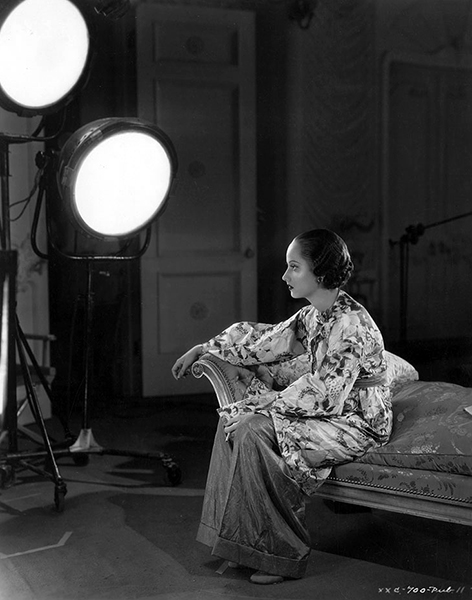 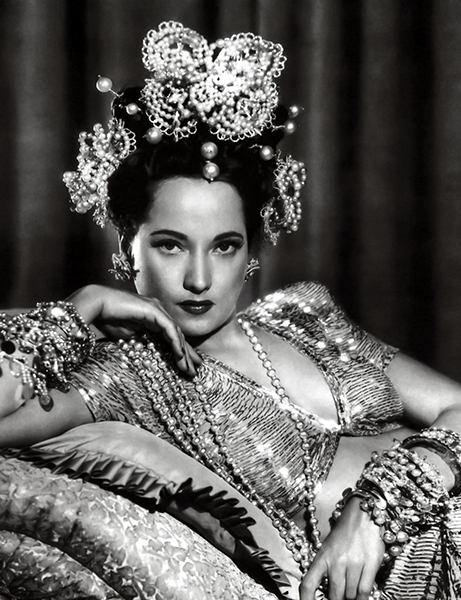 “Hollywood is like a one-night stand, unless one is careful.” — Merle Oberon 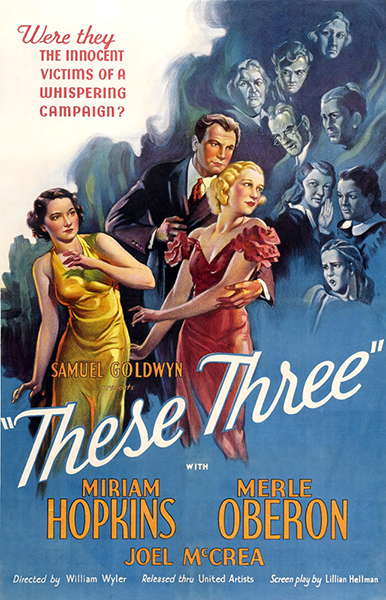 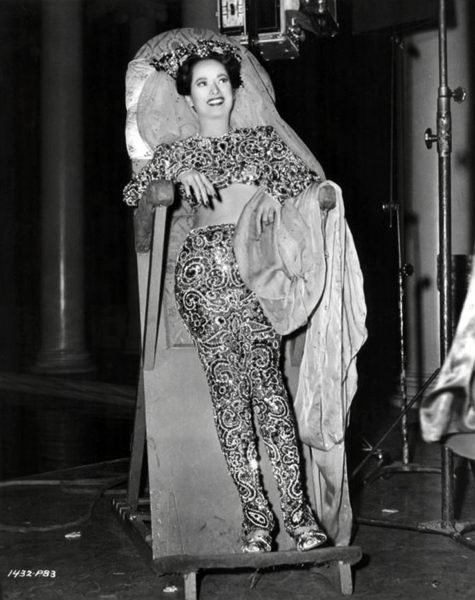 “Everything and everyone moves so fast that it’s hard for me to keep in step. Everything is motion pictures and everyone talks ‘shop’ and it’s practically impossible for an actor or an actress to have any semblance of privacy. Perhaps that, as one director told me not long ago, is the reason why American pictures are so much better than those filmed abroad – the very intensity of everyone connected with the industry helps produce a superior product. Well, that may be true, but it’s difficult to become accustomed of the Hollywood way of living. In England, when I’m not working in a picture, I can find seclusion, and rest, and perfect enjoyment away from the studios. No one keeps urging you to do this and that for publicity’s sake, no one asks you questions about your motion picture work, no one intrudes on your time and so you are able to live the life of an ordinary human being. But here, everything is so frenzied and frantic that an easy-going person like myself is thrown off-balance. But I’ll say this – it’s all very exciting and stimulating and if my nerves hold out I’m sure I’m going to enjoy it.” — Merle Oberon 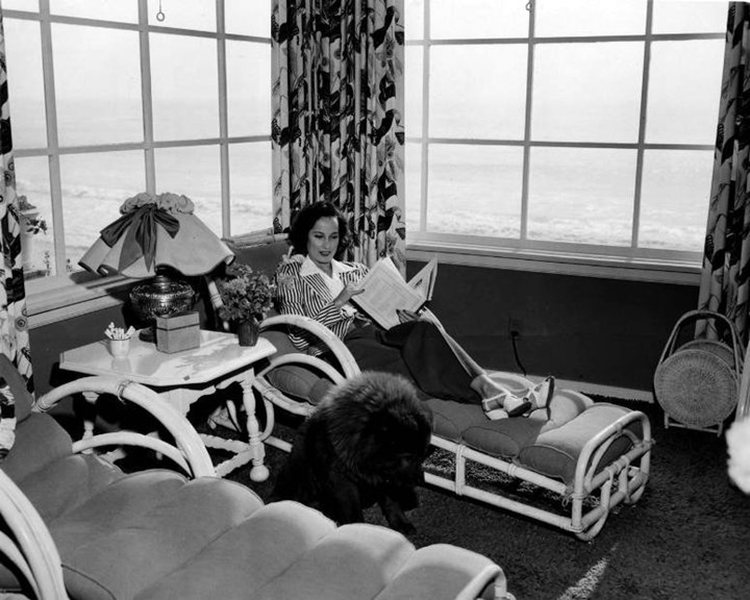 “Without security, it is difficult for a woman to look or feel beautiful.” — Merle Oberon 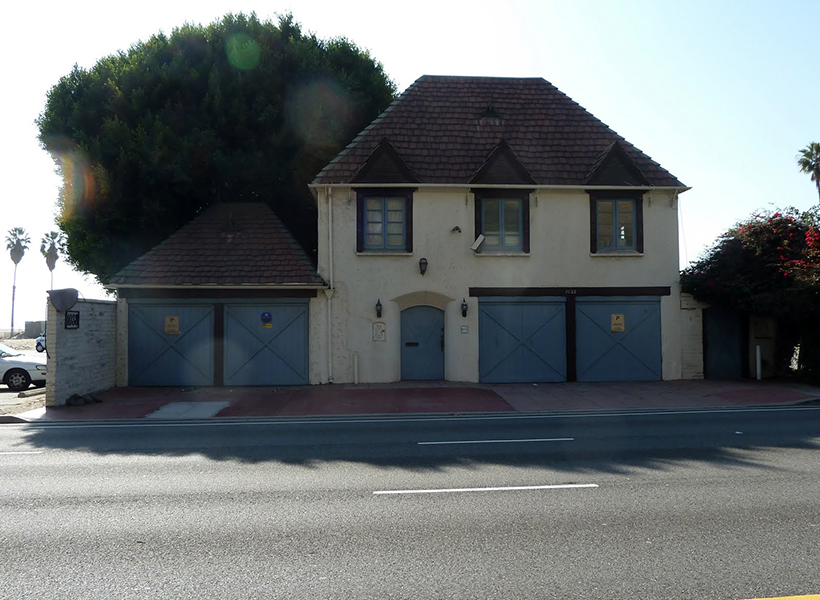 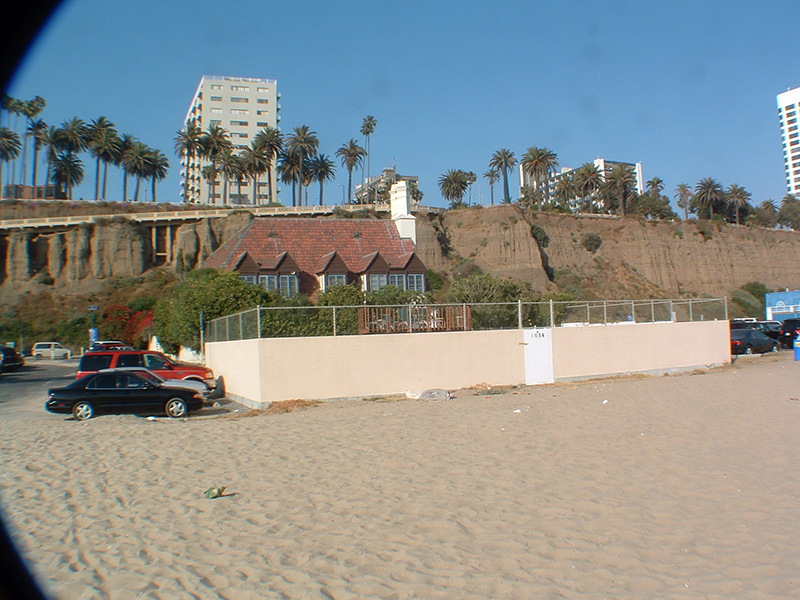 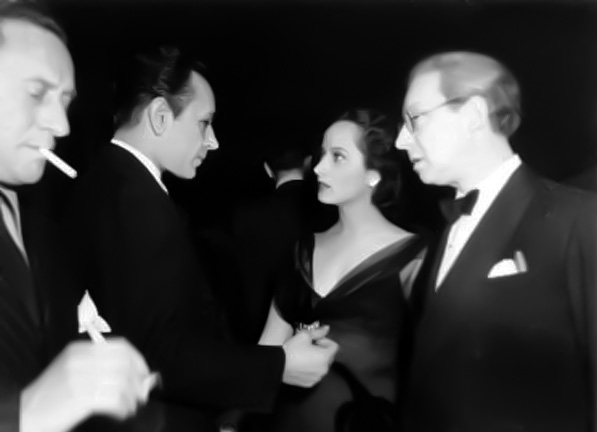 A candid photo was taken with George Raft at a Hollywood event. 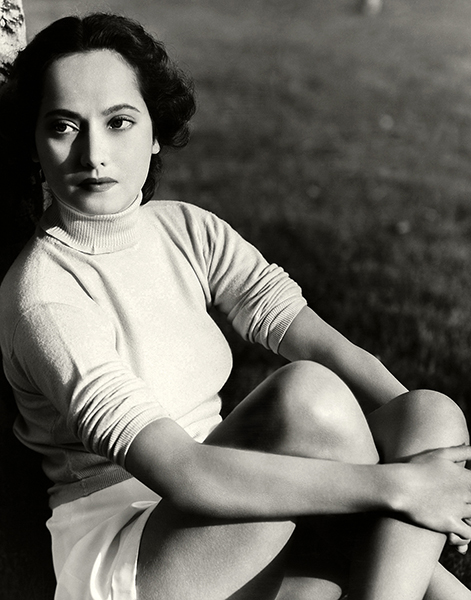 “My life here is all wrong. Hollywood is the only place where I lose faith and begin to wonder what’s wrong with human nature. I don’t know any of the real Americans. I only know a small clique of picture people whom I see over and over again. And though they’re charming and talented, life in that clique is very abnormal. In Hollywood, friendships are taken with a grain of salt. People think too much about what or who is good for their careers. And yet they’re so completely dependent on each other, the rest of the world is so utterly forgotten, that false importance is attached to every relationship, to the little slights, and all the trivial complications of life.” – Merle Oberon 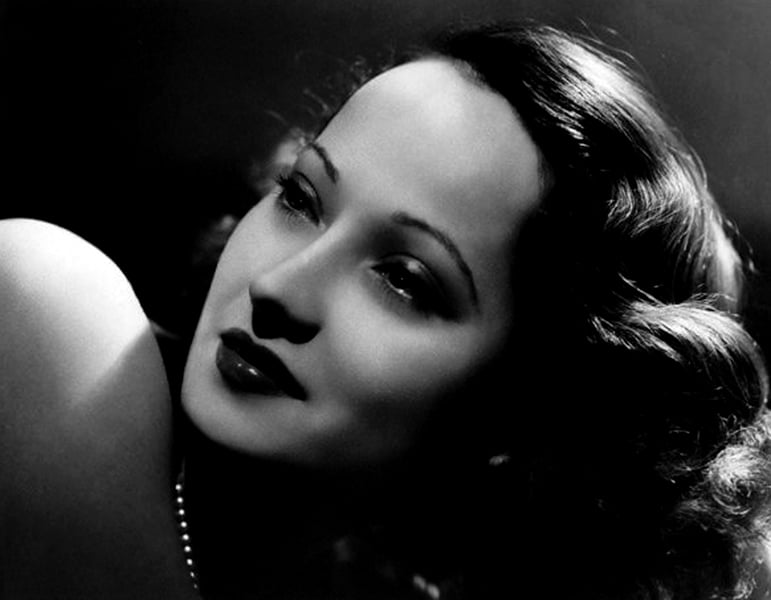 “I couldn’t dance or sing or write or paint. The only possible opening seemed to be in some line in which I could use my face. This was, in fact, no better than a hundred other faces, but it did possess a fortunately photogenic quality.” — Merle Oberon 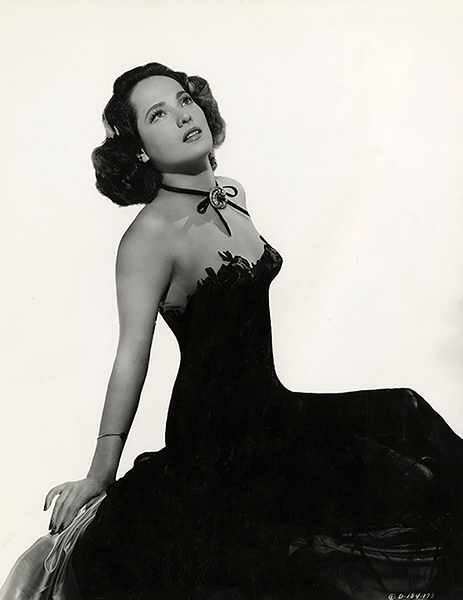 “Despite my success, there should be a law against anyone using that phrase – ‘you ought to be in the movies.’ It has broken more hearts and wrecked more lives than any other seven words.” – Merle Oberon 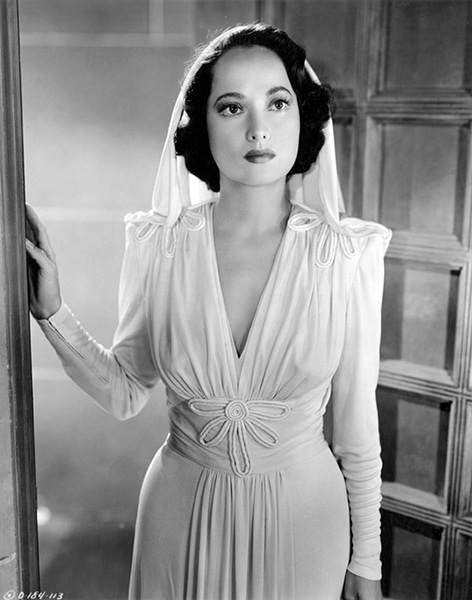 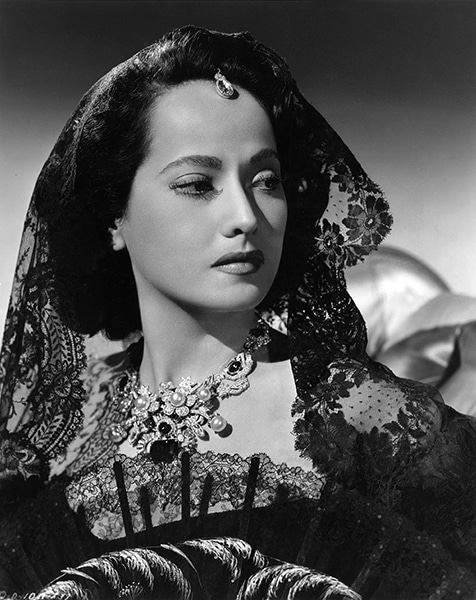 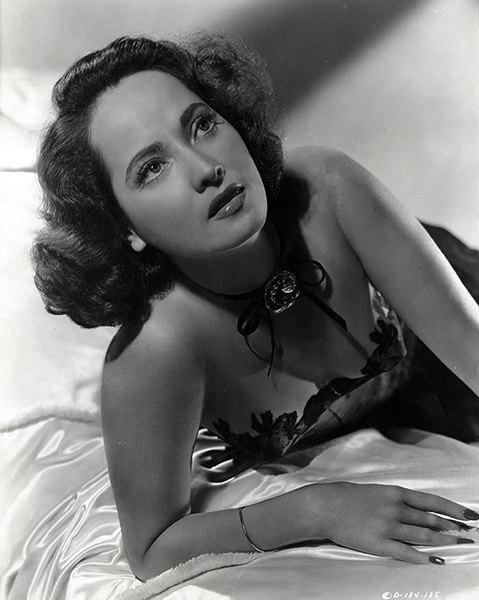 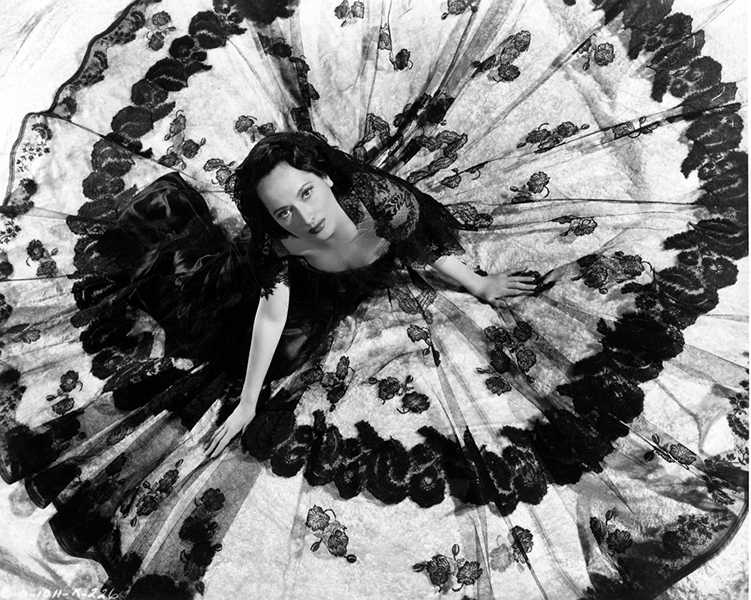 “All I really want to do is enjoy myself quickly before I die.” — Merle Oberon 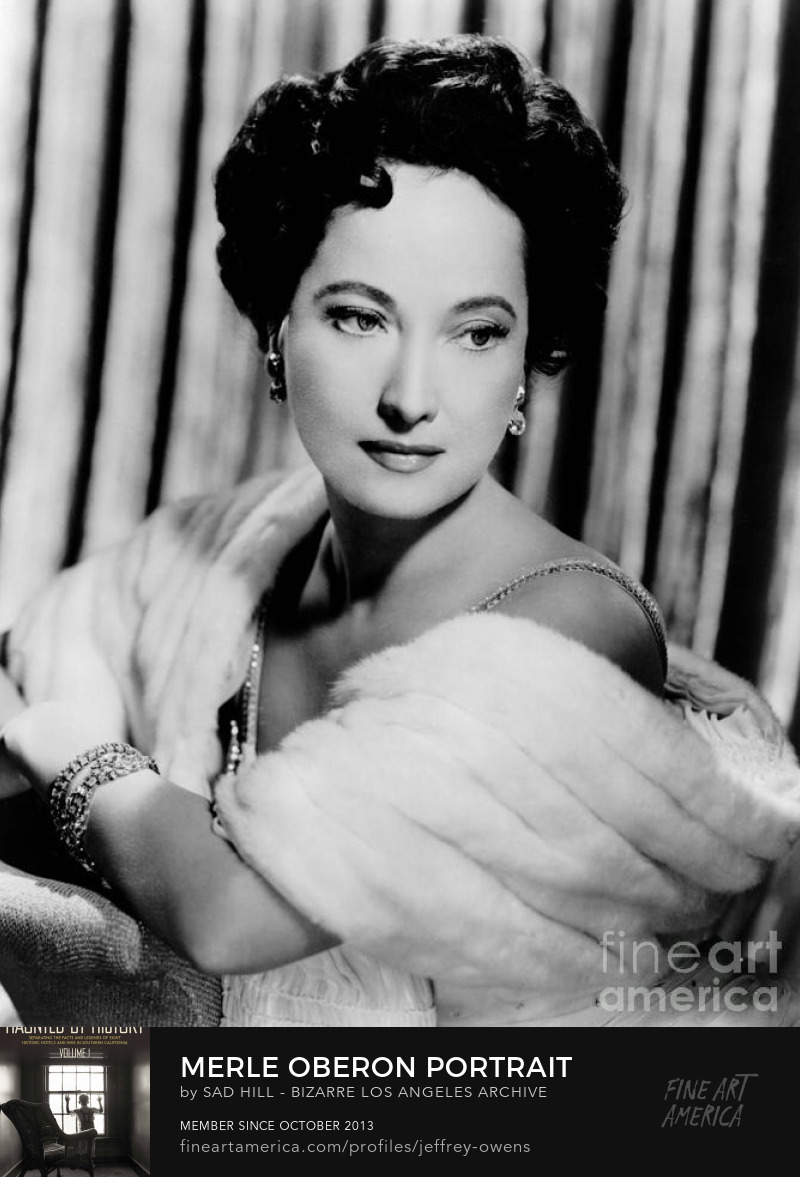 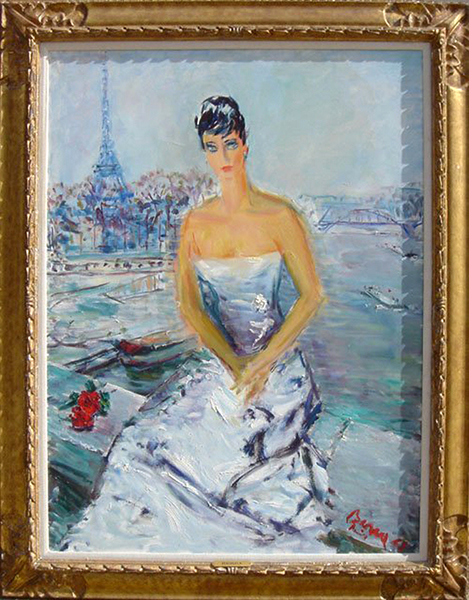