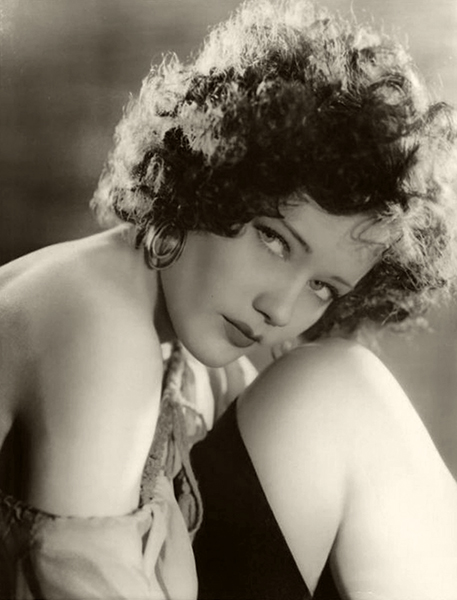 According to the IMDb, Alice Jans was born in Jefferson, Iowa, in 1912. However, other records suggest that she came from Creston, Iowa. In fact, that’s what she claimed all of her life.

Her family moved frequently. They relocated to South Dakota, where her brother, Robert, was born. The family also lived in Omaha, Nebraska, and Creston, Iowa, before settling in Fontana, California.

As a child, Jans took dancing classes. When she got older, she entered local beauty contests in San Bernardino County. During a performance for the Fontana Women’s Club, Jans, was “discovered” by Madame de Silva, a Hollywood instructor, who had opened a school in Fontana.

After winning the “Miss Fontana” beauty contest in 1929, she quit high school and modeled for photos in the magazine, Physical Culture. That same year, Warner Bros. signed her to a one year contract as a chorus girl. The studio then placed her in their all-star musical Show of Shows as an uncredited chorus girl.

After Jans’ Warner Bros. contract expired, she and her brother, Robert, worked as extras for RKO and Fox.  However, in 1932, Jans once again got Warner Bros. attention when she replaced a fired rhumba dancer on the set of Parachute Jumper (1933). Delighted by her performance, Warners quickly signed her to a training contract, and the studio began promoting her as being in its “Junior Class” of hopefuls. She was then cast as a Busby Berkeley chorus girl in 42nd Street and Golddiggers of 1933.  She also appeared in The Picture Snatcher, and The Little Giant.

In 1934 and 1935, Alice Jans worked at Fox and MGM as a chorus girl in a couple of George White’s Scandals movies, Born to Dance (1936), and The Great Ziegfeld (1936).  However, she could not make it out of the chorus. To supplement her income, she modeled.  In 1937, she divorced Spencer on grounds of “nonsupport” in Reno.

Following her divorce, Alice Jans returned to Fontana and married Lieutenant John A. Burns, USMC.  The coupled briefly lived in San Diego in 1940 before moving to Fontana. When he was sent to the Philippine Islands in 1941, she lived with her parents and worked as a mail supervisor for the Henry J. Kaiser Corporation.

In 1942, Japanese forces captured Lt. Burns after the fall of Corregidor in the Philippines. Burns was then imprisoned at the Cabanatuan prison. Not knowing his whereabouts, Jans joined the WAACs and was stationed in Des Moines, Iowa. In 1944, she transferred to Los Angeles and worked at a Douglas Aircraft plant, building war planes.

Their marriage didn’t survive, and it is not clear what happened to Burns.

Jans remarried a third time in 1946, this time to Donald A. Baker, Jr. However, that marriage ended in divorce in 1954. She then took up painting and became a local San Bernardino artist. In 1960, she opened the Midnite Art Gallery in her home at 2173 Sepulveda Ave.  While there, she exhibited paintings by fellow artist A.W. “Bill” Blood. The couple fell in love and married the following year. The newlyweds then opened the Blood Fine Arts Gallery.

Alice Jans Blood passed away in San Bernadino, CA, in 1992.