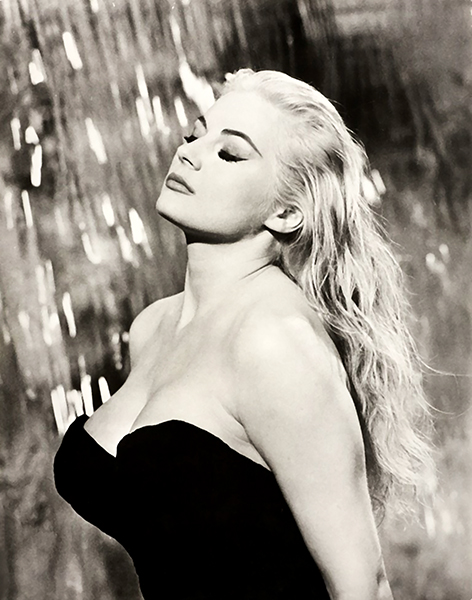 “I won’t tell my bust measurement. But if you’ve got a bosom…be a woman…wear it.” – Anita Ekberg 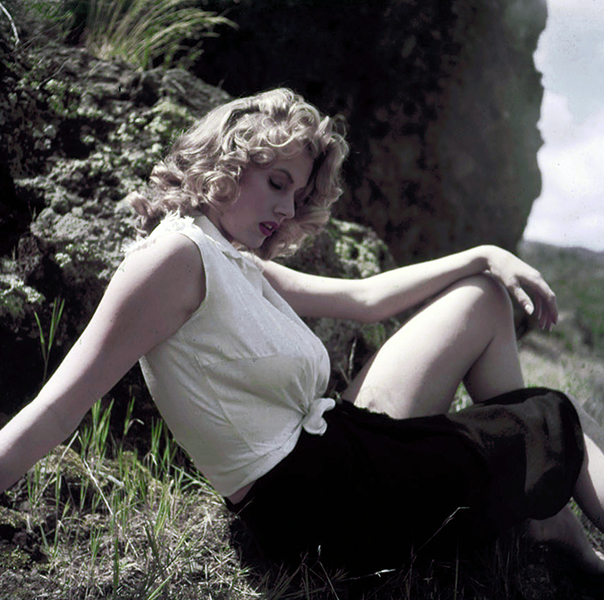 “Cheesecake serves a purpose. It helps attract attention to you and makes producers aware of your existence. But you must be careful not to overdo it. There is no future in being a pinup queen.” — Anita Eckberg

“Whatever success I have attained, I owe to photographs. However, there is such a thing as wearing out your welcome. Let’s face it, how many times can you look at the same girl in a bathing suit?” — Anita Ekberg 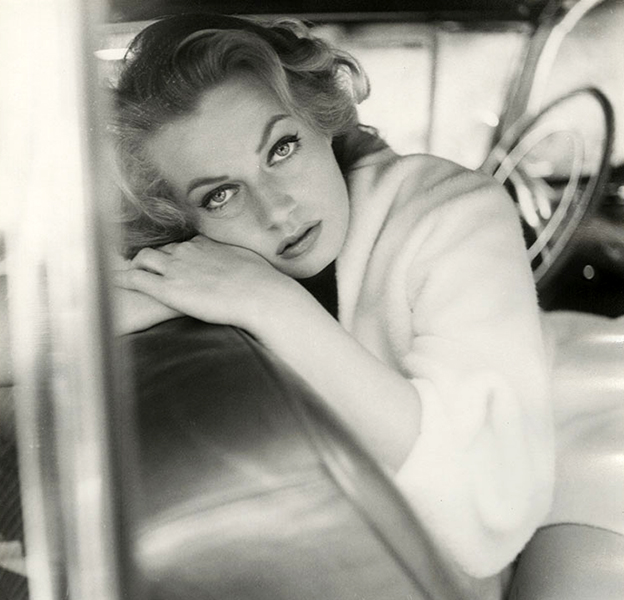 “It arouses their curiosity at first but later they become bored and disinterested. Worse yet, they label you a cheesecake cutie and decide you can’t act. Then you have to struggle to get solid acting parts, the one which call for you to do more than just look pretty.” — Anita Ekberg 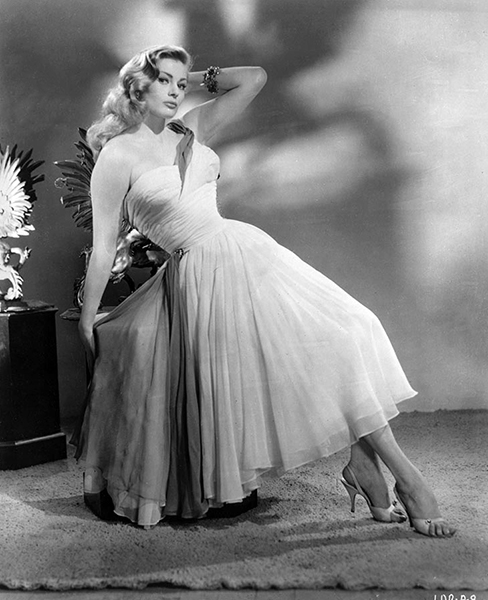 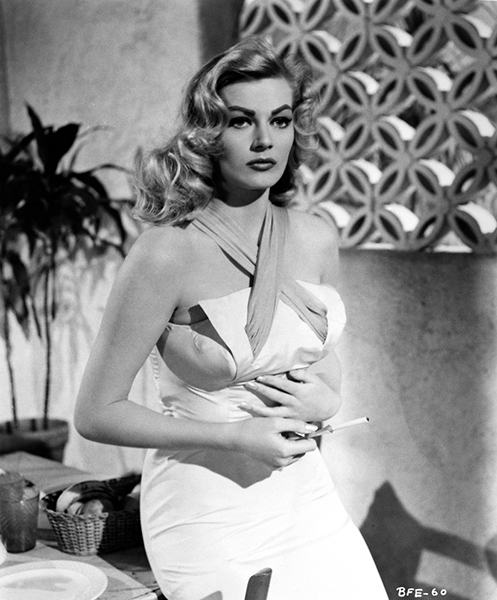 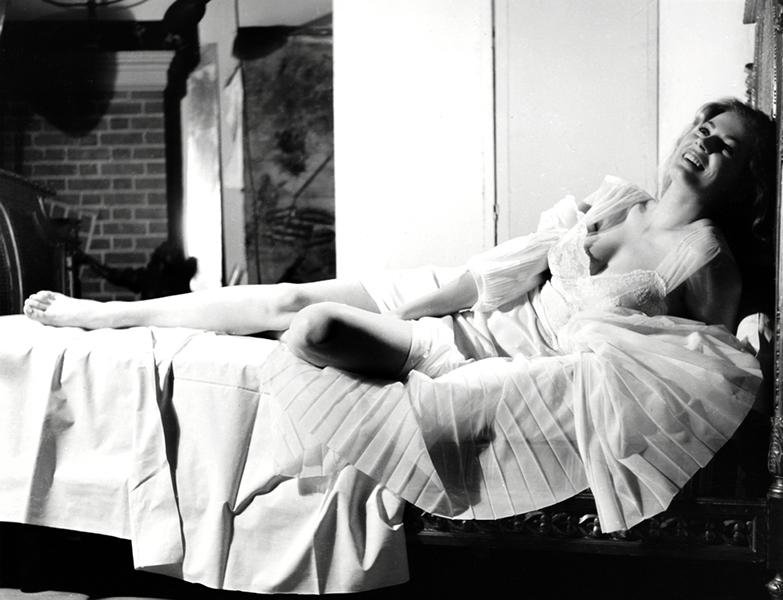 “If I have talent, I want it noticed and developed, I don’t want it obscured by provocative clothing, or lack of it, that distracts the audience. That’s calendar stuff, and I don’t want to be thought of as just a bikini girl.” — Anita Ekberg

“The idea for the film [La Dolce Vita] is inseparable from the idea of Anita Ekberg.” — Frederico Fellini 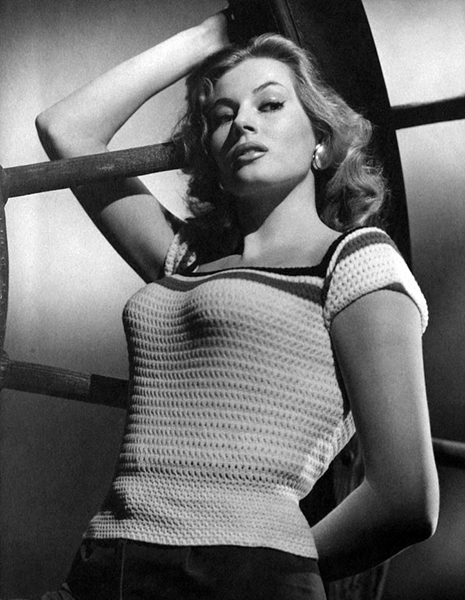 “I say what I think to the face. Producers and directors were not used to that. I let them know that I choose my own friends.” — Anita Ekberg 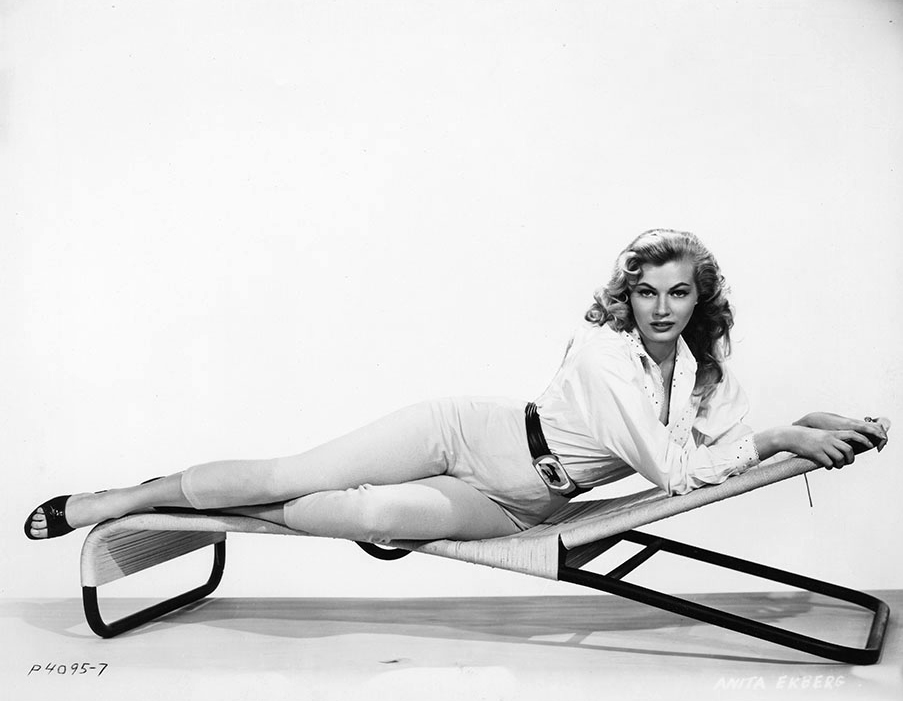 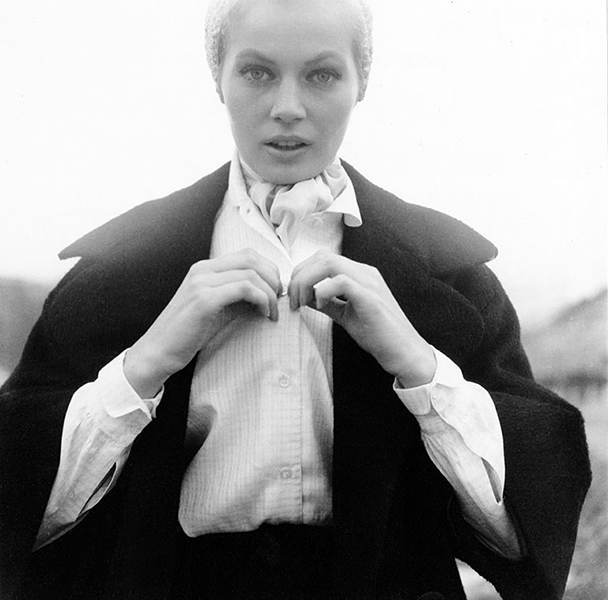 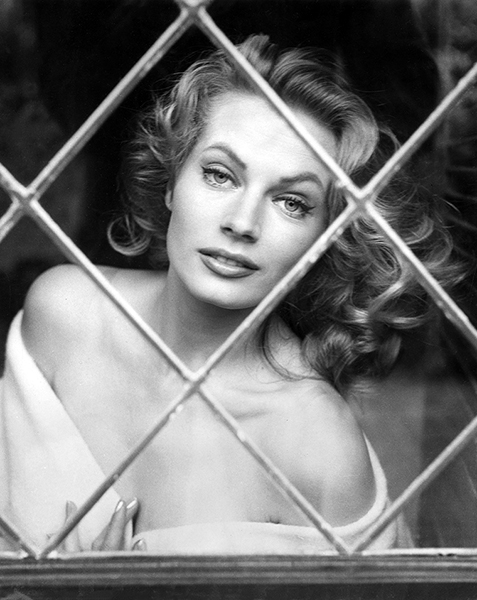 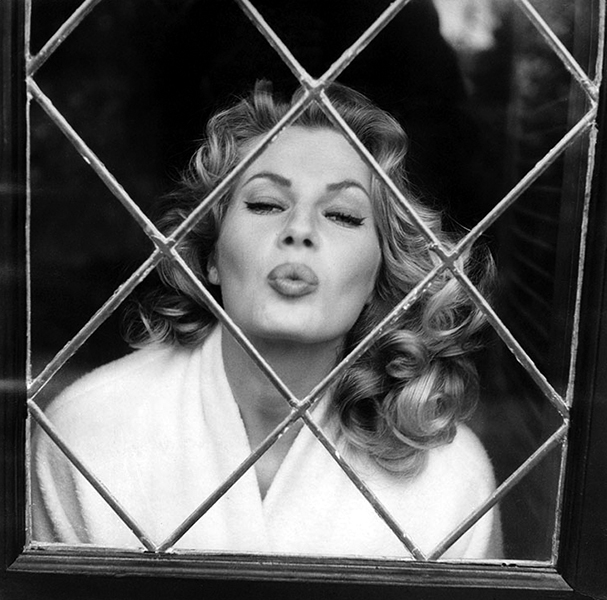 “I lost everything. I don’t even know where my husband is, I can’t find him to divorce him. I got more bad news two months ago: My furniture, which he put in storage under his name, was sold at auction.” — Anita Ekberg 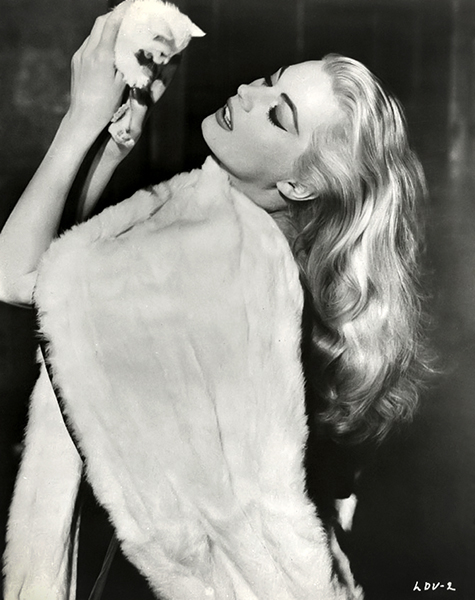 “Sometimes I think I will always be remembered because of ‘La Dolce Vita.’ That’s very satisfying. I am Anita Ekberg, and everyone in the world knows me.” — Anita Ekberg