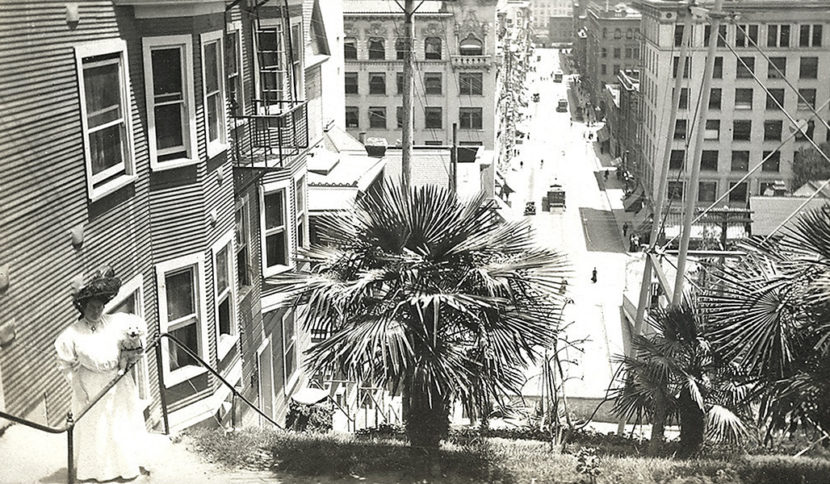 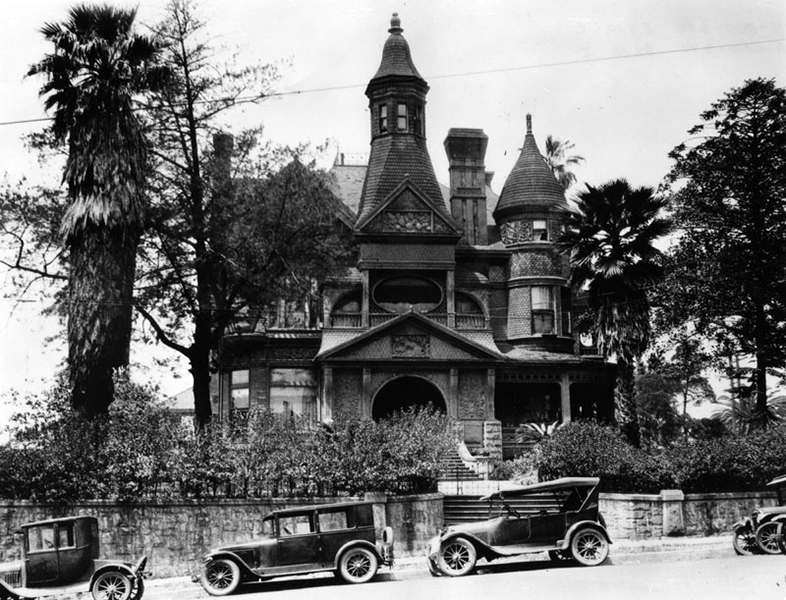 The Lewis Leonard Bradbury mansion, located on the corner of Hill and Court streets in Bunker Hill, in 1927. The mansion was torn down in 1929. 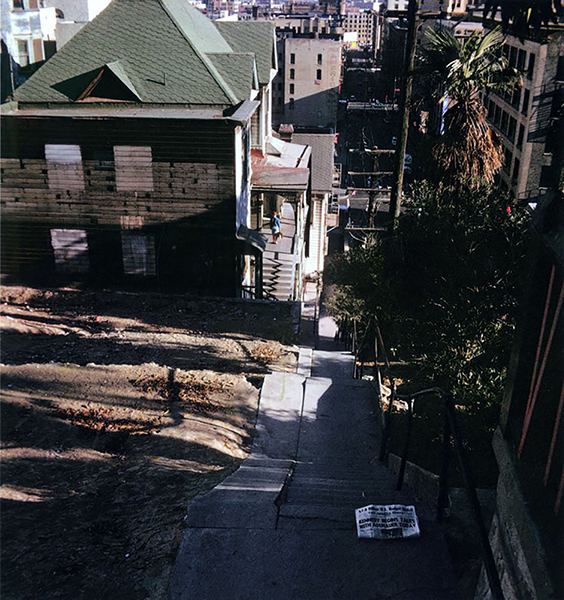 “Bunker Hill is old town, lost town, shabby town, crook town. Once, very long ago, it was the choice residential district of the city, and there are still standing a few of the jigsaw Gothic mansions with wide porches and walls covered with round-end shingles and full corner bay windows with spindle turrets. They are all rooming houses now, their parquetry floors are scratched and worn through the once glossy finish and the wide sweeping staircases are dark with time and with cheap varnish laid on over generations of dirt. In the tall rooms haggard landladies bicker with shifty tenants. On the wide cool front porches, reaching their cracked shoes into the sun, and staring at nothing, sit the old men with faces like lost battles.” — Raymond Chandler 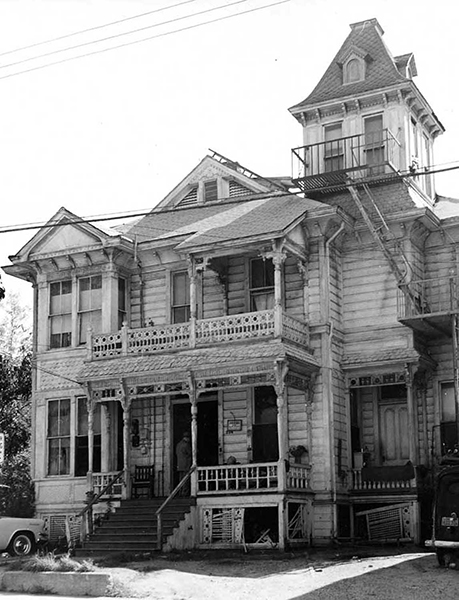 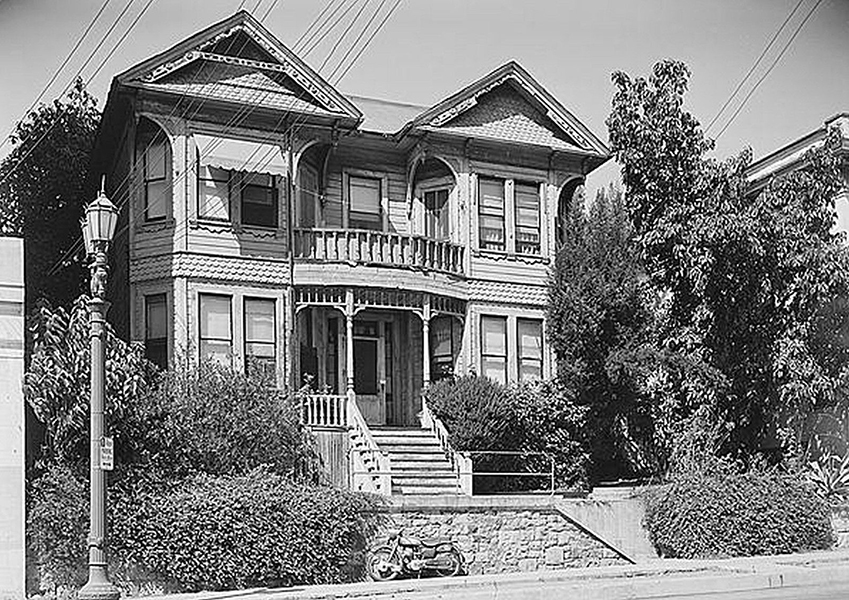 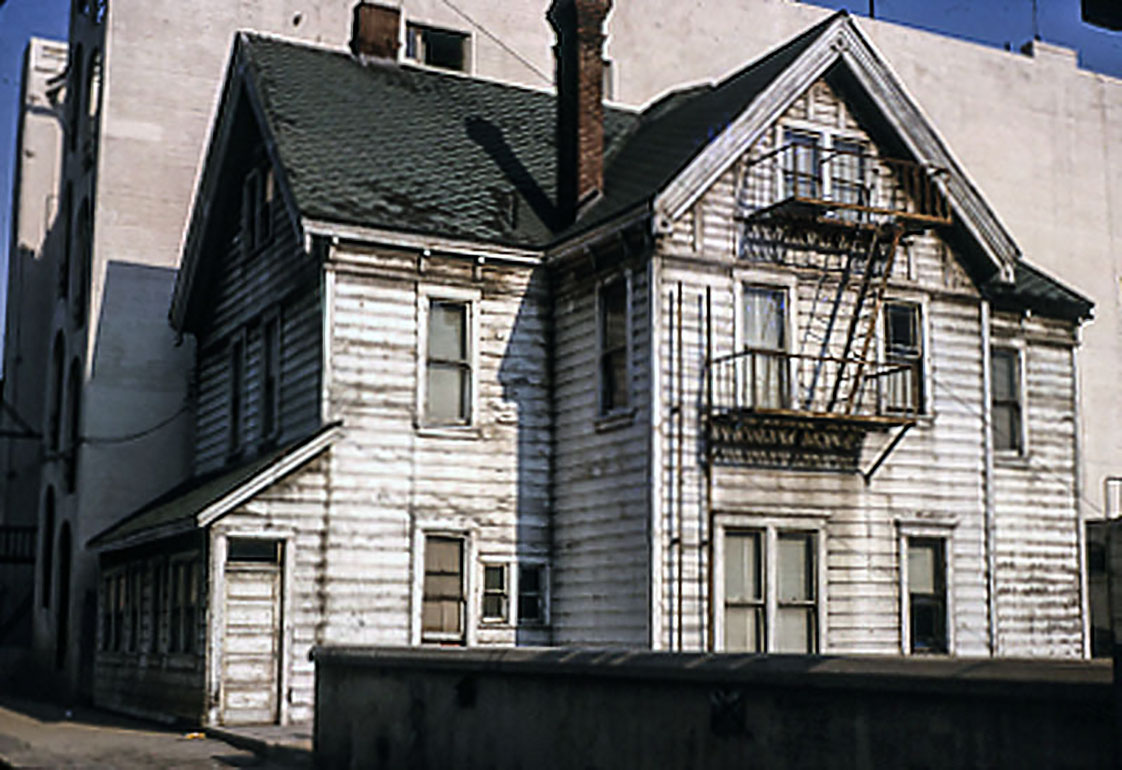 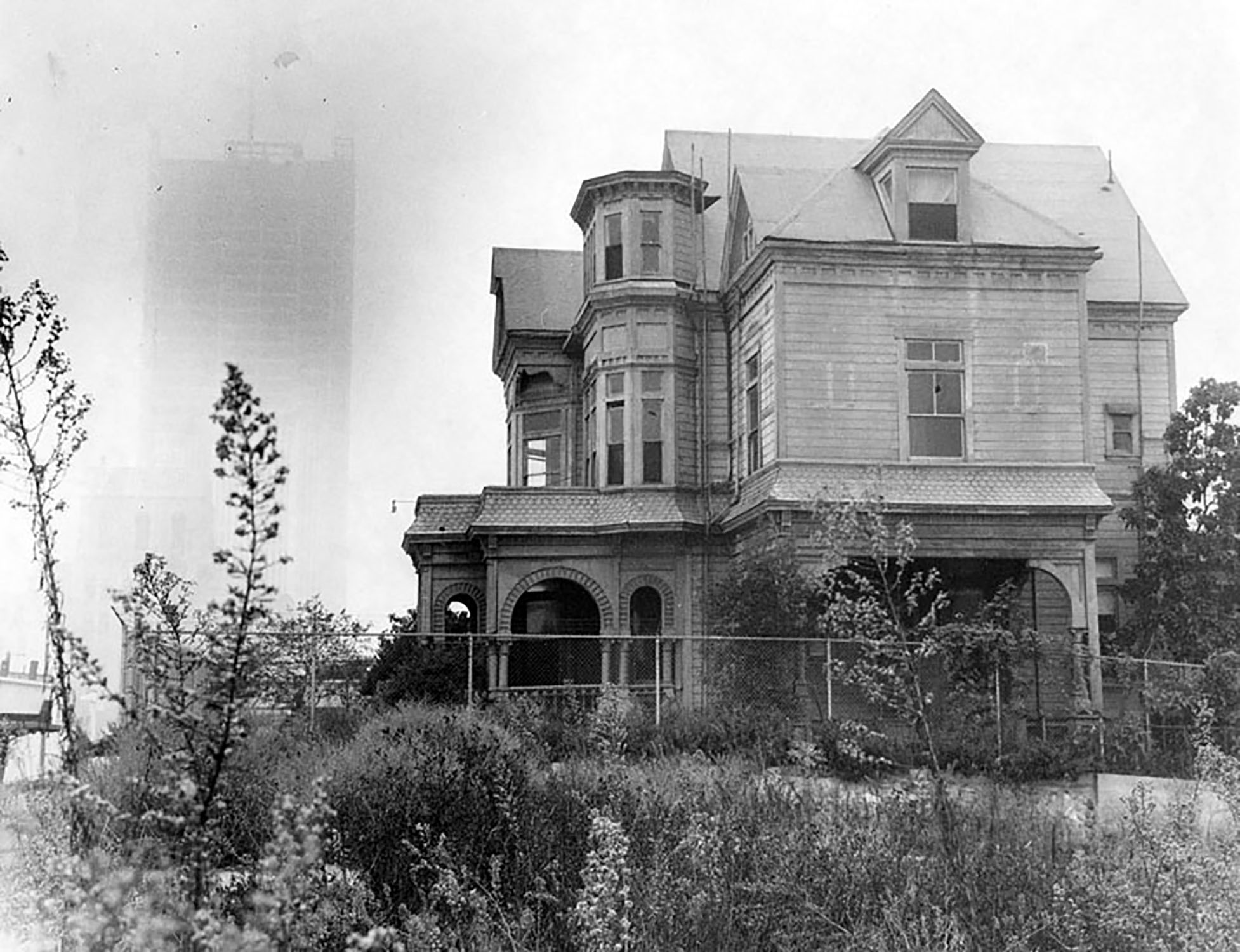 An interesing history of the Castle can be found here:http://www.onbunkerhill.org/castle 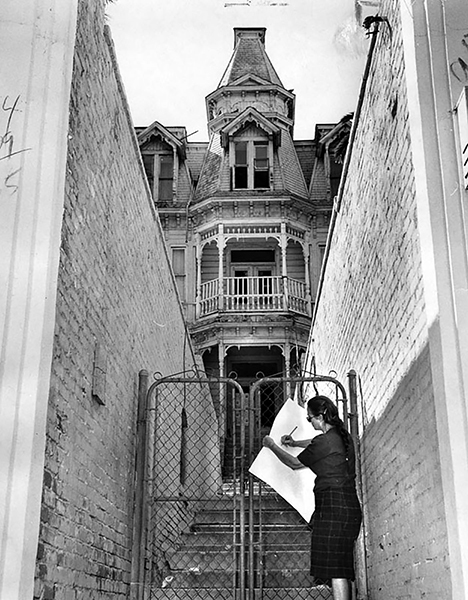 To read more details about what happened to the house, click here: http://bigorangelandmarks.blogspot.com/2007/04/no-11-west-temple-apartments-rochester.html 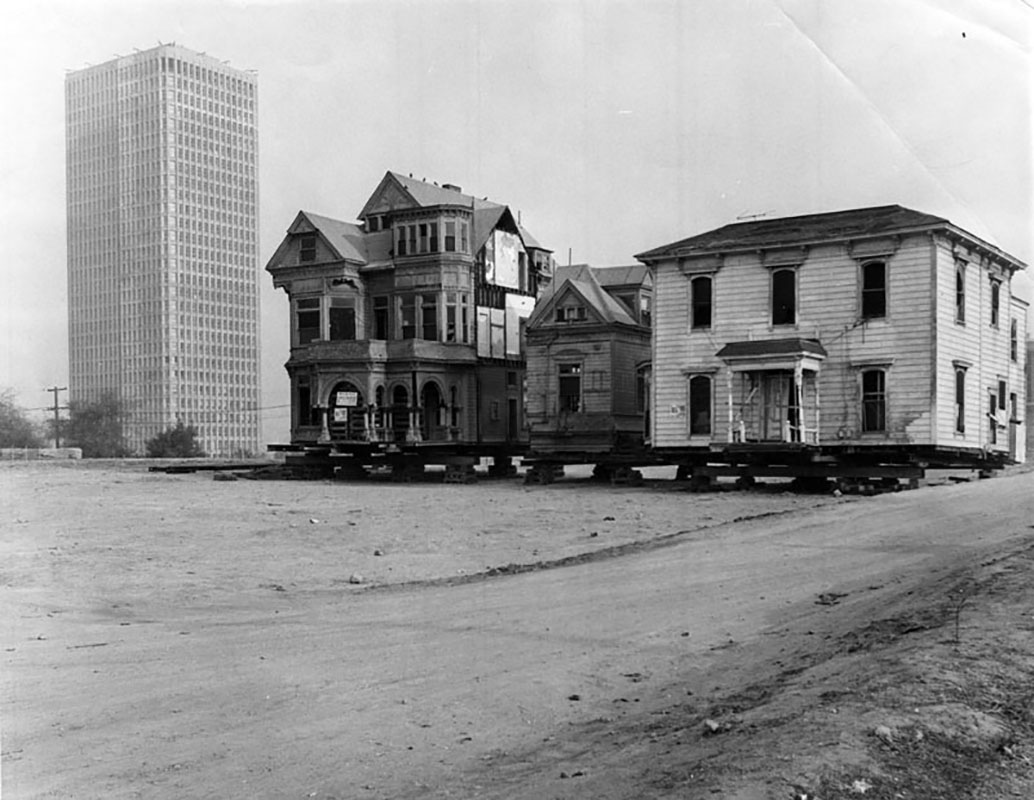 The end of Bunker Hill in 1969. Two 1880 era homes, “The Castle” and “The Saltbox,” (seen here) were moved to their new home at Heritage Square in Montecito Heights for safekeeping. However, vandals broke into the old houses and started a fire that destroyed both buildings. LAPL 00059374