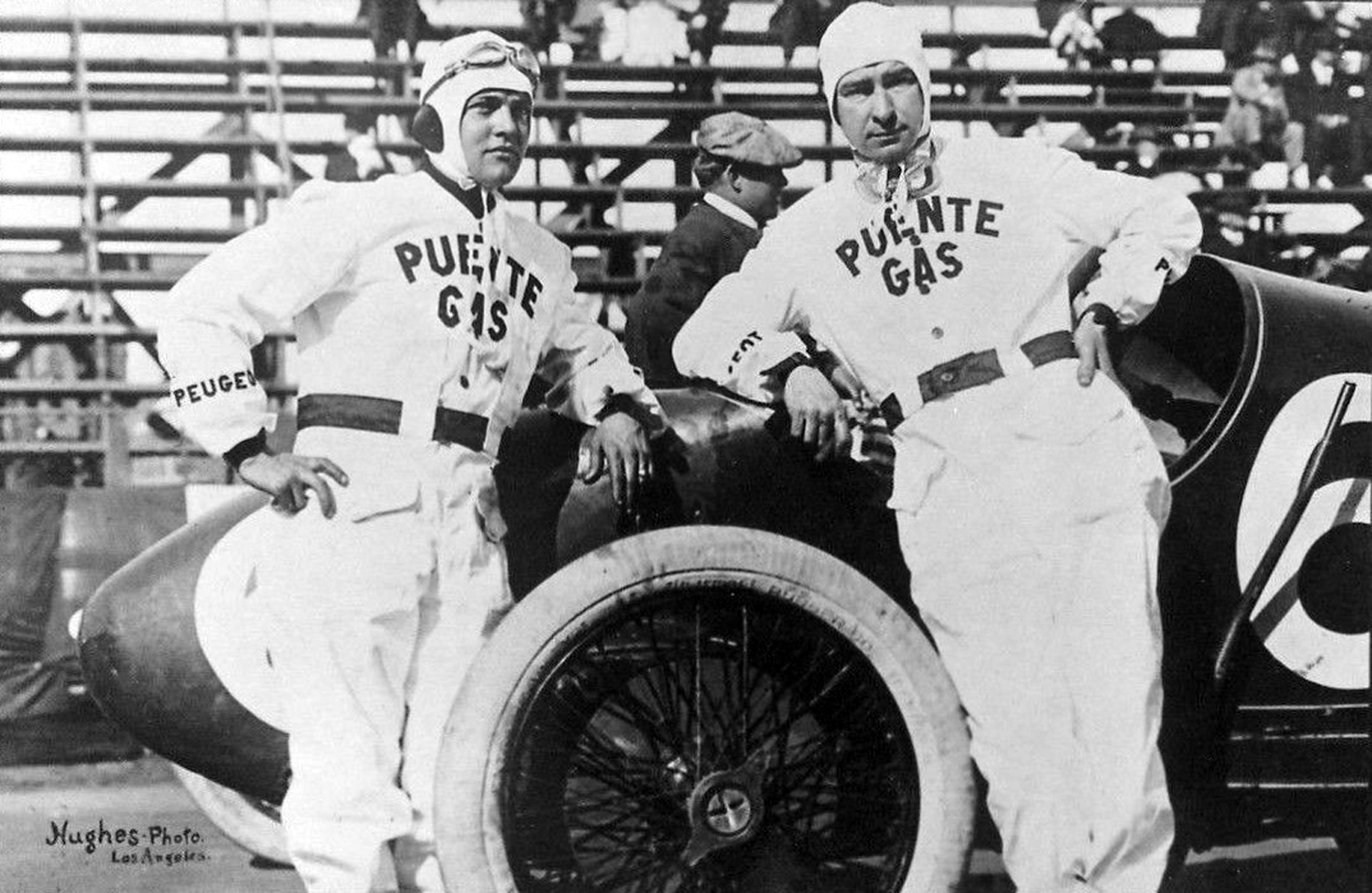 A racing team advertising Puente Gas pose next to their Peugeot in 1914. Ed Berman appears to be the man on the right.

Berman did not live long. He was killed in a racing accident while competing in the Corona Road Race in 1916.