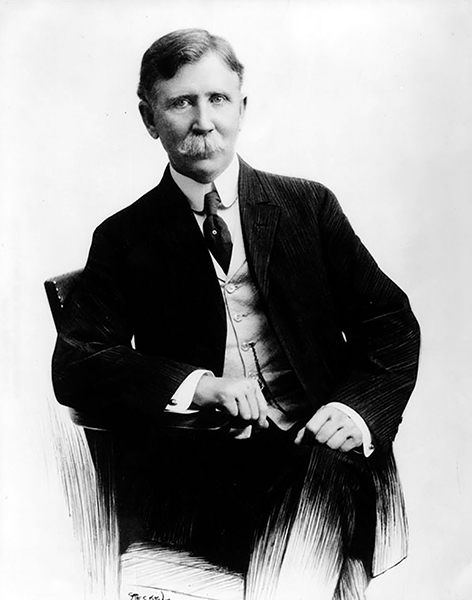 In August 1907, Los Angeles oil tycoon Edward Doheny (1856-1935) hosted one of the Alexandria Hotel’s first themed banquets. He entertained 40 people. Many of them were Mexican bankers, politicians and executives connected with his Mexican Petroleum Company.

The banquet had an exotic theme. The Alexandria’s original banquet room (on the Mezzanine/second floor) became a tropical sunken garden with ferns covering the walls and ceilings. In the center of the room was a miniature lake with live goldfish. The room also had small fountains illuminated by colored lights.

During the meal, opera music played from phonographs hidden under the main banquet table.  For entertainment, musicians, singers, and dancers performed on a small stage at the end of the room.

Quite a banquet, wouldn’t you say? Doheny knew how to throw a party!