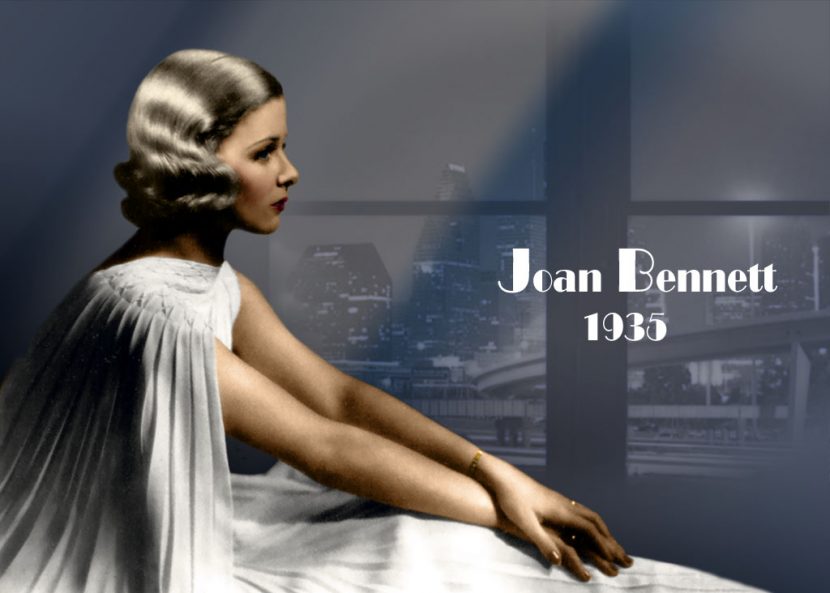 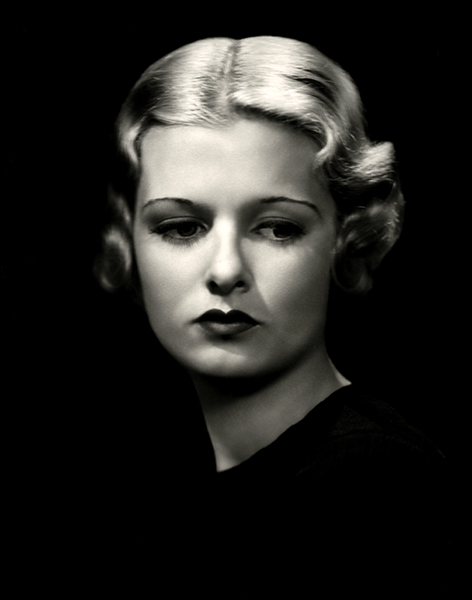 “I know audiences. They don’t like to say, ‘Oh, what a magnificent performance.’ They would much rather say, ‘My, doesn’t she look awful?’” – Joan Bennett 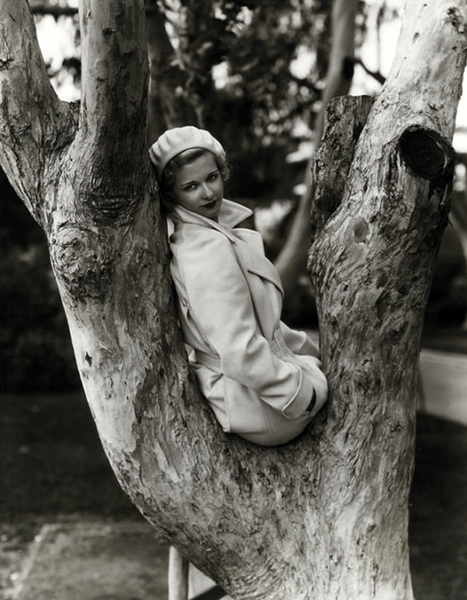 “She looks so quiet and sweet. But underneath that gentle exterior, watch out.” — Mary Pickford, who nicknamed Joan “Pollyanna Borgia” in the late 1920s. 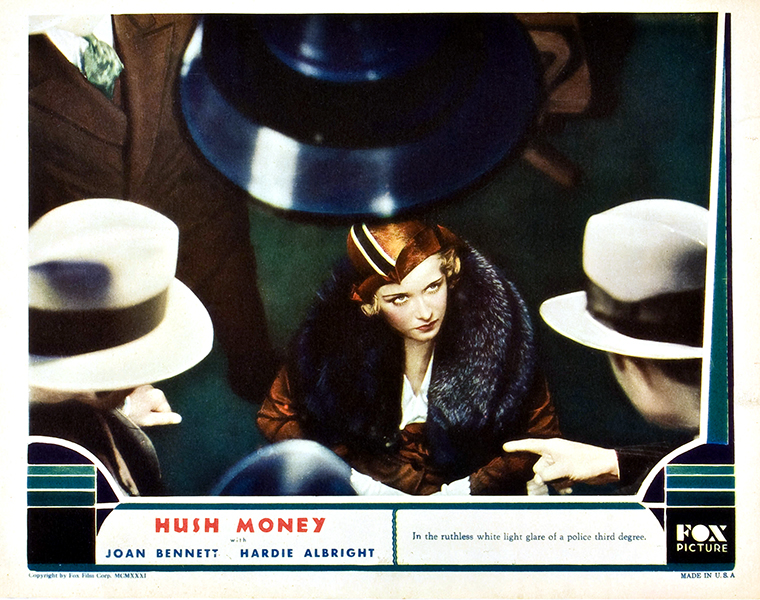 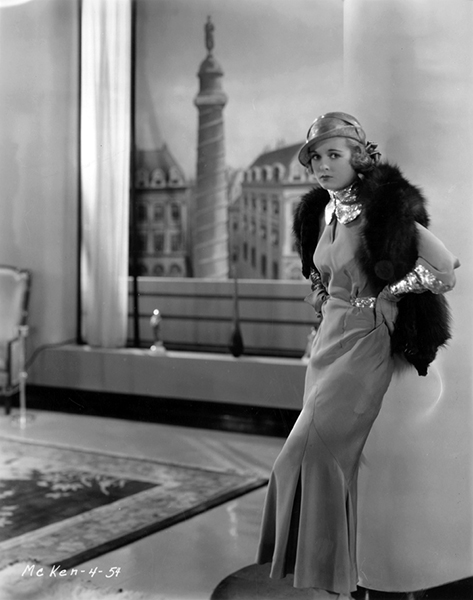 “I don’t suppose I should confess this, too, but I have never been particularly proud of my posture. Near-sightedness was responsible in the beginning for a tendency toward stooped or rounded shoulders. I stooped to see objects.” — Joan Bennett 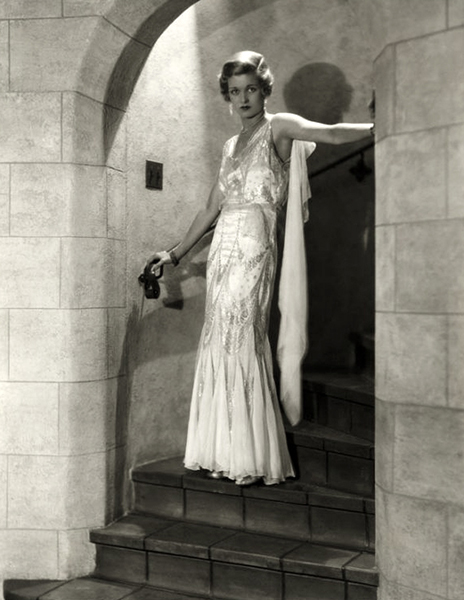 “I want a career. The pleasures can come afterwards.” — Joan Bennett 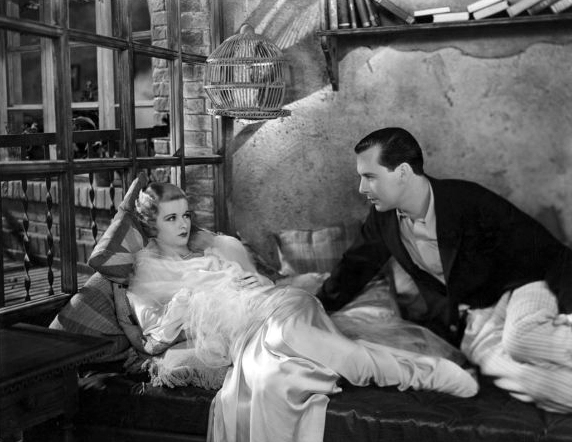 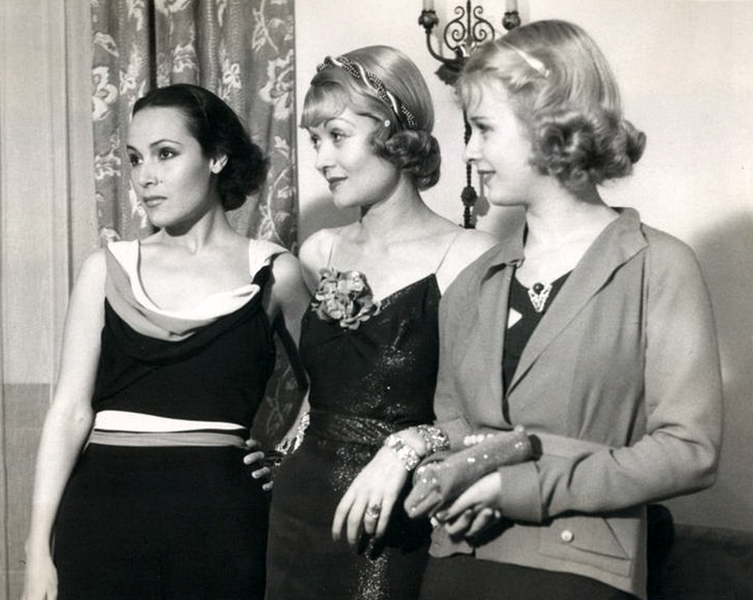 “From all I have heard, Hollywood is not half so bad as it is painted, but its nightlife is better publicized. The public keeps an eye on its amusement center.” — Joan Bennett, seen with Dolores del Rio and Joan’s sister, Constance Bennett. 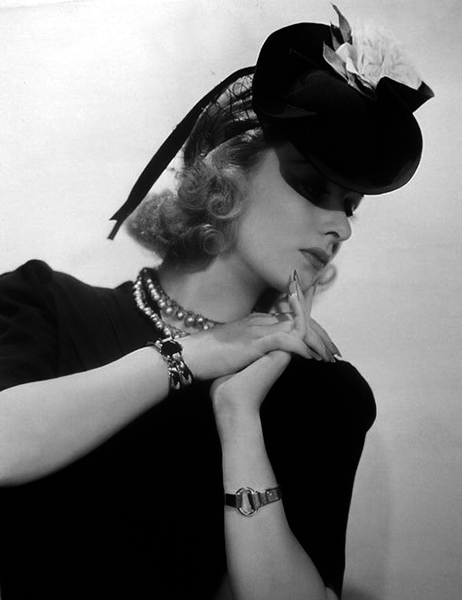 “I suppose if there was such a thing as a conventional Bennett, I was it.” — Joan Bennett 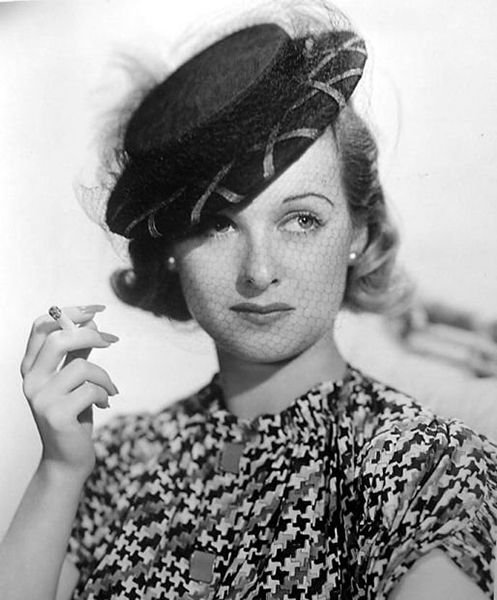 “The best-dressed and best made-up woman wears what suits her and is becoming.” — Joan Bennett 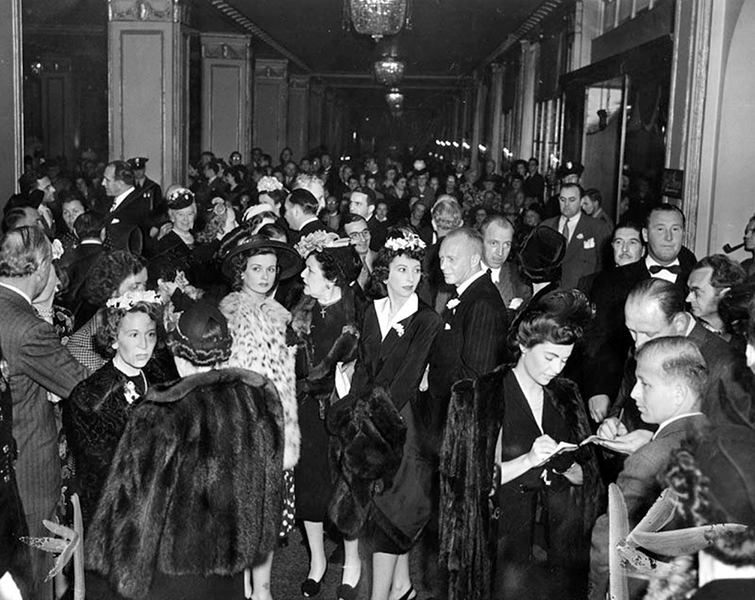 In April of 1943, Madame Chiang Kai-shek hosted a Hollywood event at the Ambassador Hotel. In this photo, it looks like Louella Parsons is trying to get Joan Bennett‘s attention. (LAPL) 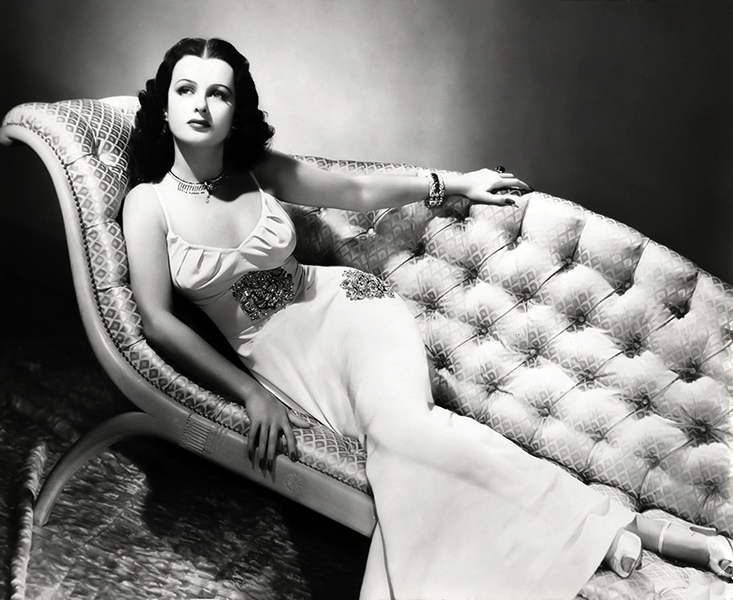 “I turned my hair dark and have received much better parts ever since.” — Joan Bennett 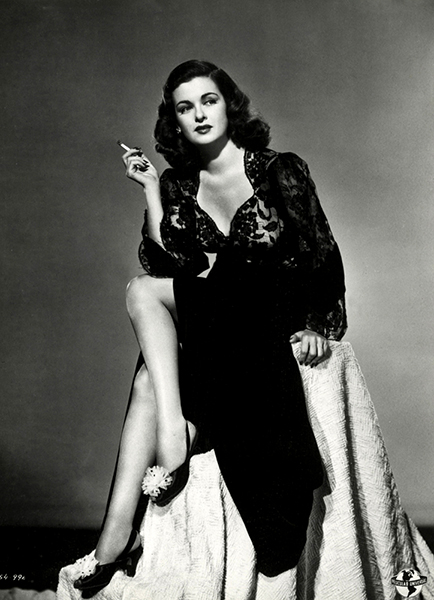 “Personally, if my figure depended on diet, I’d prefer to end up as the fat lady in the circus.” — Joan Bennett in 1945. 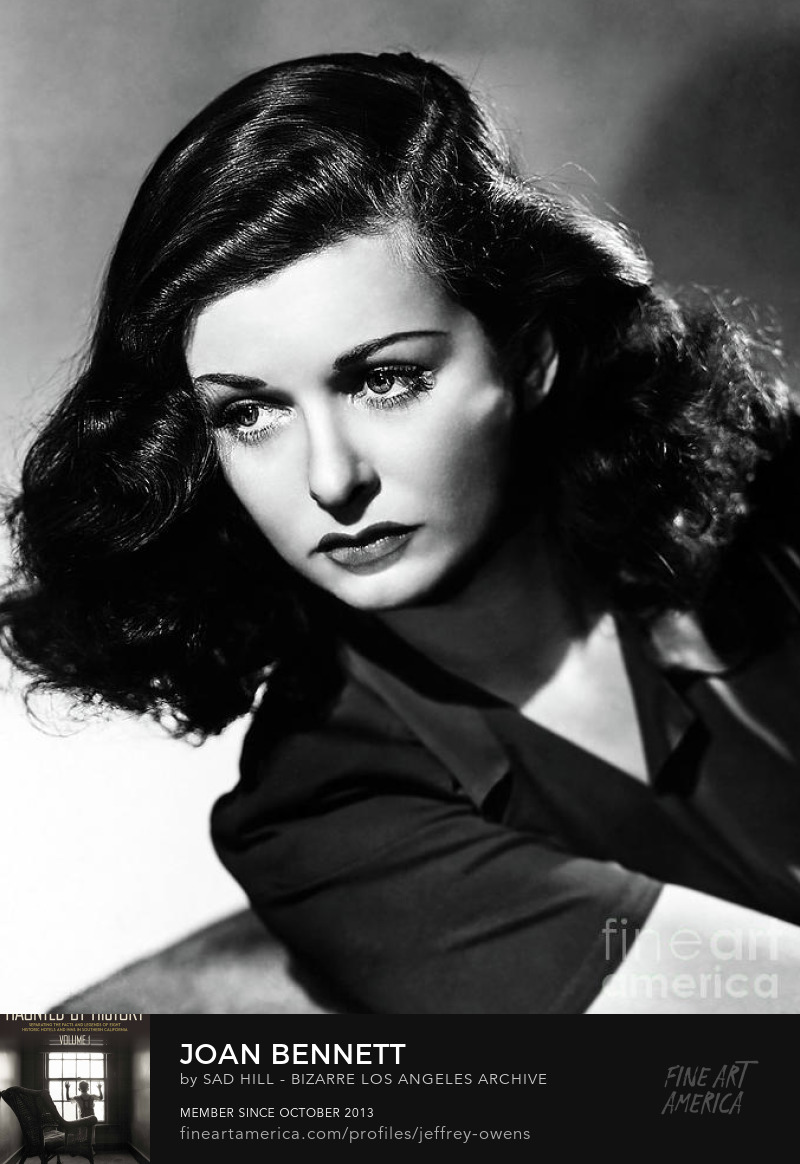 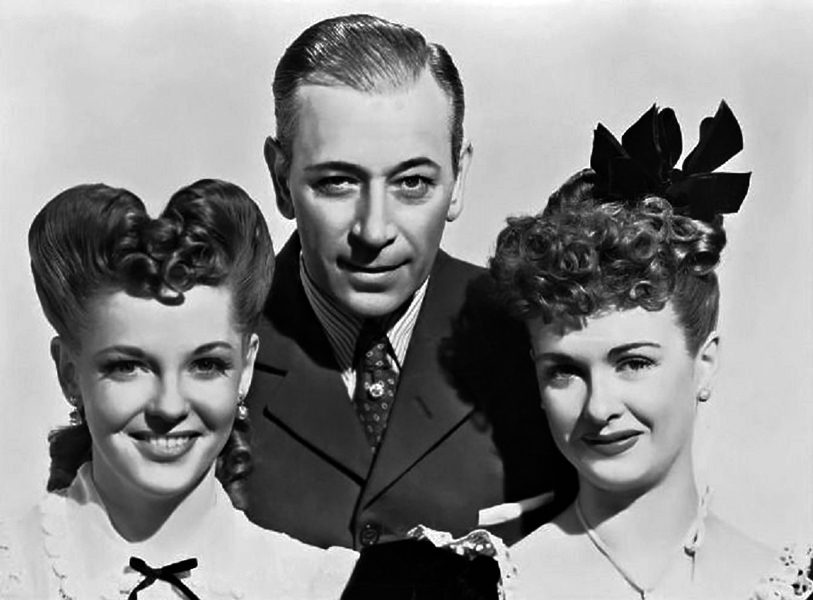 “I refused to appear in a picture – ‘Nob Hill’ – with Vivian Blaine and George Raft. The head of production said if I didn’t do the picture my next assignment would be a Laurel and Hardy film.” — Joan Bennett 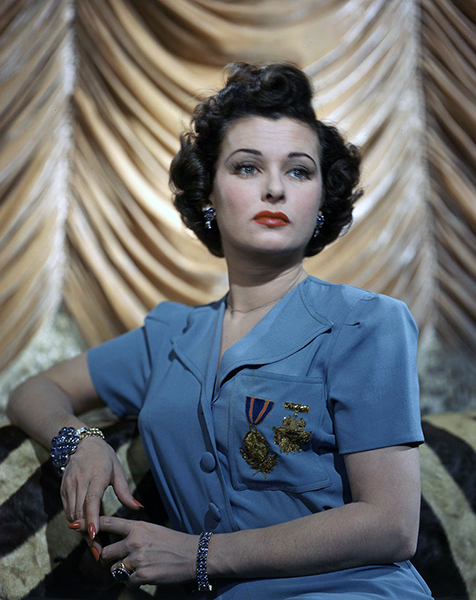 “My film career faded. A man can go on playing certain roles ’til he’s sixty. But not a woman.” — Joan Bennett