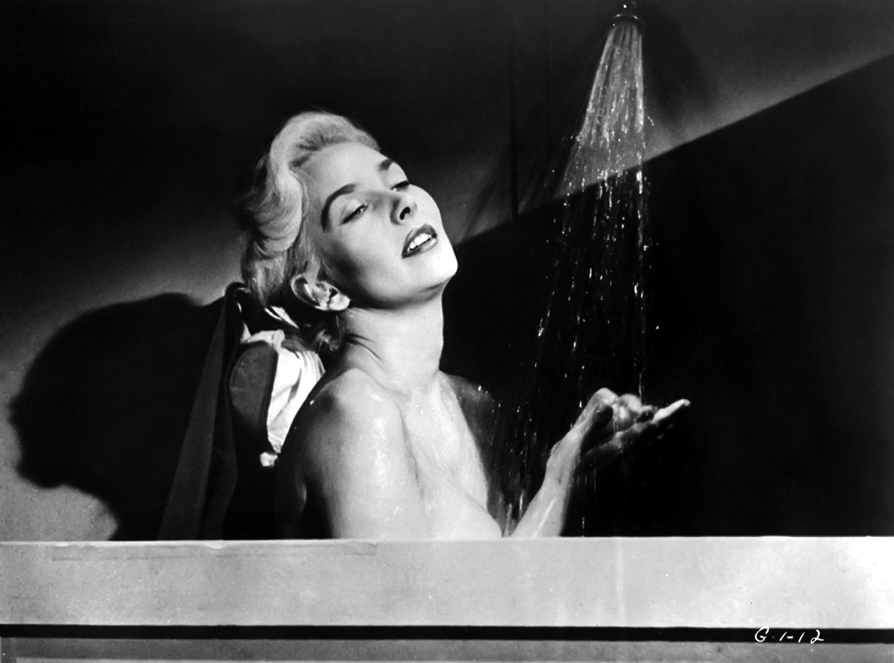 Shed your clothes and you’re through. They’ve seen you. Now it’s a game. The photographers keep hoping you’ll break a shoulder strap or something.” — Kathy Marlowe

Minneapolis native Kathy Maslowski, b. 1934, grew up wanting to be a movie star. She got her chance in the late 1940s when she moved to Van Nuys, California, to live with her big sister.  While attending high school, she took modeling courses and worked as a movie extra.  After graduation, she changed her last name from Maslowski to Marlowe because it sounded more Hollywood.

Throughout the 1950s, Marlowe modeled for many local promotional campaigns. She was “Miss Be Our Guest at the Movies,” “Miss Chinchilla,”  “Miss Get the Dent Out of Your Fenders,” “Miss Lawnseed,” “Queen of Western Linens,” “Miss Nightmare,” “Miss Traveling Saleslady,” “Miss Green Stamps,” “Miss Golf Brand,” “Miss Hollywood Stars,” “Miss Date of the Month,” “Meet Me at the Fair Queen,” “Miss Hot Tomato,” and “Miss Long White Potato.”

She also played a goddess on a couple of occasions. In 1956, she was dubbed “Sun Goddess” of the Borrego Springs, CA, Chamber of Commerce Sun Worshipers’ Convention. However, Marlowe‘s most outrageous publicity appearance took place at the grand opening of Rafter’s Restaurant in the San Fernando Valley. Dressed as the Goddess Venus, she was lowered from a sky hook “to officially light the restaurant’s new $7000 sign with flaming torch – 30 feet in the air.”  She became so well-known at local events that newspapermen jokingly called her “Miss Everything” and “Miss Cheesecake.”

When not working golf tournaments and other publicity junkets, Marlowe taught teenage girls how to model. However, her income remained low, despite her busy schedule.

Her career, however, sparked when Warner Bros. signed her to a contract in 1955. She then quickly moved to Allied Artists before working at 20th Century Fox. These studios, however, never took her acting seriously. In 1955, a United Press reporter wrote, “Kathy Marlowe, playing her fourth corpse, appears on the screen for only 45 seconds” before her murder in a bathtub.  The reporter then wrote that she died on screen from strangulation in Hold Back Tomorrow, a gun shot in Wichita, and a stabbing in The Human Jungle. In 1967, newspapers  reported, “After Kathy Marlowe completed her role of a girl seated at a bar in Bombers B-52 she was immediately cast as a girl standing at a bar in The Helen Morgan Story.”

In 1958, Marlowe finally starred in a film. It was an “Adults Only” low-budget, exploitation, noir film called Girl with an Itch. Although the film played for years on the drive-in circuit, it did little for her career. She spent the remaining 1950s and early 1960s modeling, appearing in television commercials, and playing bit parts in films and on television shows. 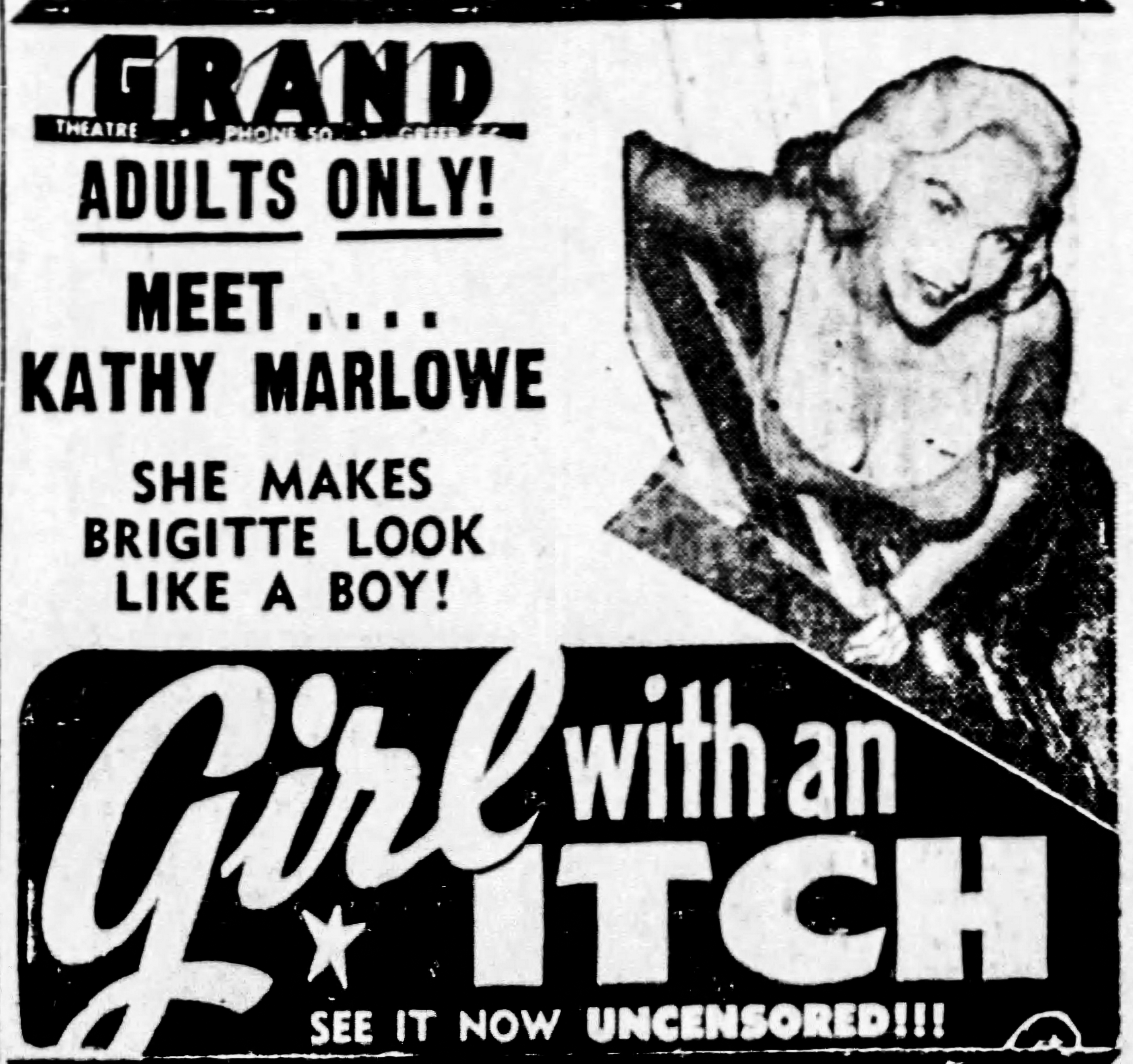 Throughout her Hollywood career, newspapers romantically linked her to boxer Lou Nova, screenwriter Cy Howard, actor Lawrence Tierney, producer Hugo Haas, film executive Bob Kramer, and actor Tyrone Power. In 1959, Marlowe married television character actor Harry Jackson. However, in 1960, she met Navy captain Gerry Thompson in a bar near the Van Nuys airport during a low point in her career. After Thompson invited her to model on his ship in Laguna Beach, the couple fell in love.

In 1962, the Marlowe-Jackson marriage came to an end after the couple bitterly quarreled at their Van Nuys home.

In divorce court, both accused each other of domestic violence. Marlowe, who dressed in pink at her divorce court hearing, told the judge that Jackson drank to excess. Jackson’s mother, on the other hand, told the judge that Marlowe “was out every night for about three weeks and she wouldn’t tell him where she went.”  The judge ordered Jackson to leave the couple’s house but denied Marlowe‘s request for alimony.

Following her divorce, Marlowe wed Thompson in 1962. She then retired from the Hollywood scene and later gave birth to two children. As of 2014, Gene and Kathy Thompson (as she is now called) are still married and living happily in Laguna.

Here is a 2014 article on Kathy (Marlowe) Thompson in her later years.