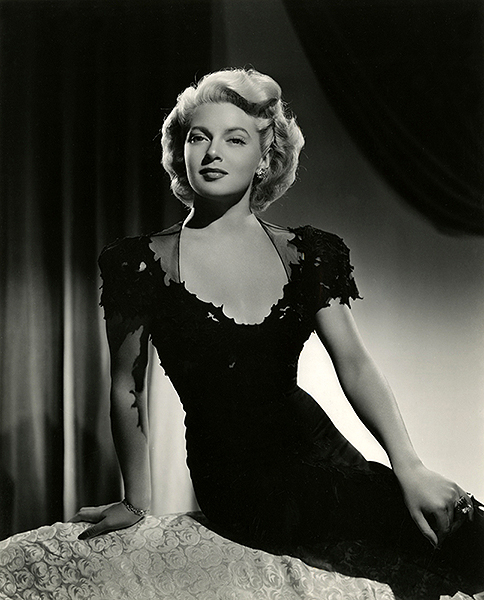 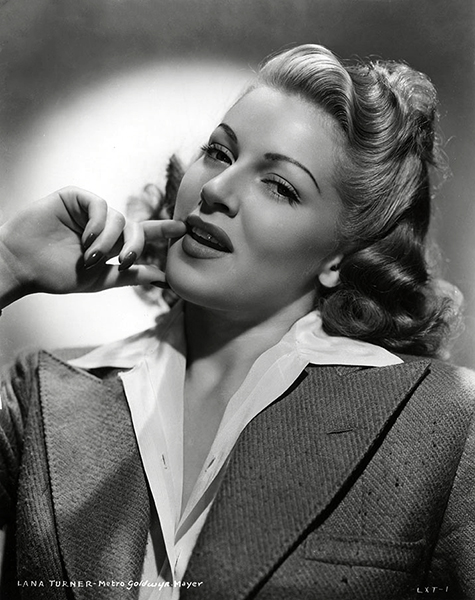 “Well, they didn’t say I shouldn’t get married, but on the other hand, they indicated I’d probably get farther if I stayed single.” — Lana Turner 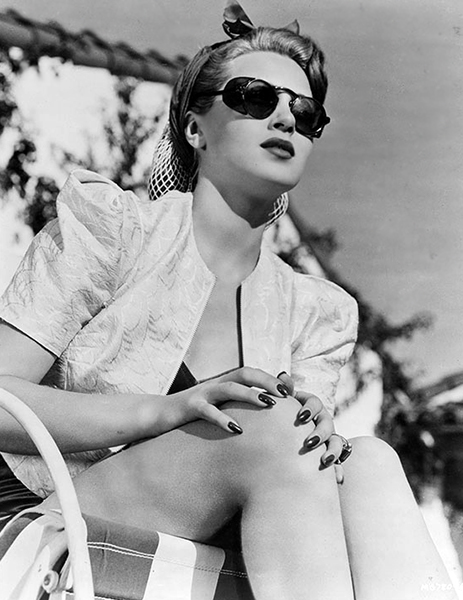 “The thing about happiness is that it doesn’t help you to grow; only unhappiness does that.” — Lana Turner 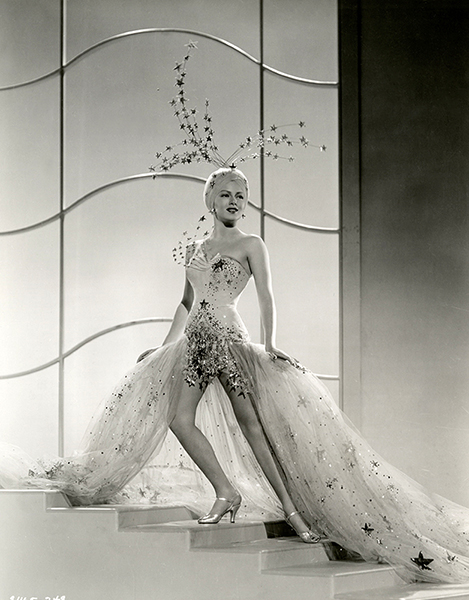 “Why, when we were at MGM, we worked years before anybody called us stars. Louis B. Mayer brought us along in little parts – even ‘Love Finds Andy Hardy.’  Then, if we show promise, he would put us opposite the established stars – like Clark Gable, Robert Taylor, Spencer Tracy – who could lend us the power of their names.

“Then, when we became established, he would costar the rising young players with us.

“Believe me, when the time came for us to move from the featured players’ building into the building of the star’s dressing rooms, it was a thrilling event in your life. It was like entering a new kingdom in which you were the queen.” — Lana Turner

Turner cited Ziegfeld Girl (1941) as the film that firmly established her as a top MGM star. This photo was used to promote that film. 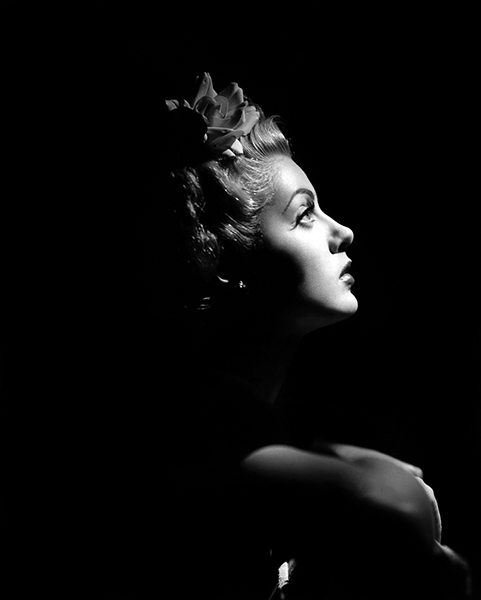 “God knows I’ve been in many dark tunnels, but I’ve always bounced back.” — Lana Turner 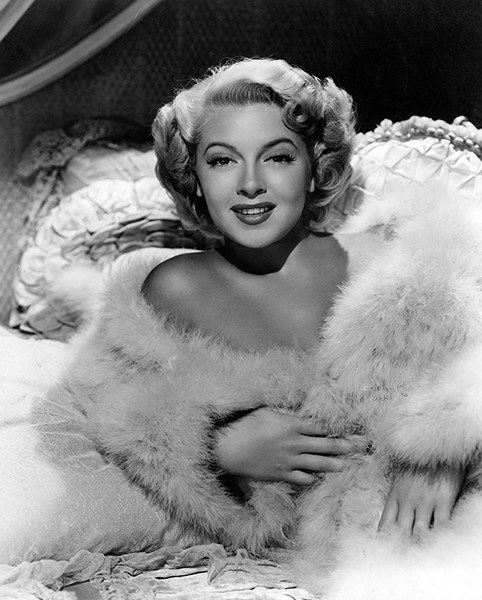 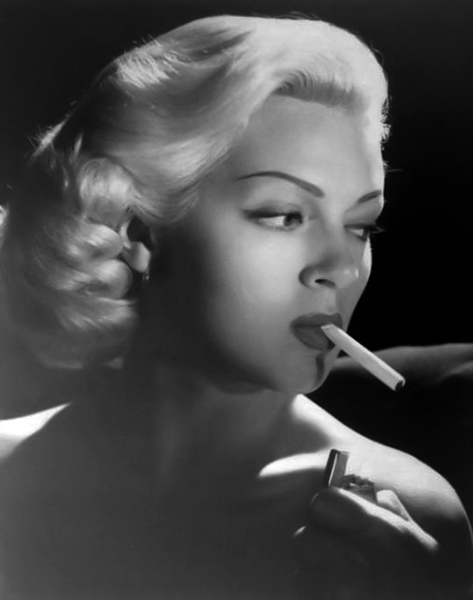 “They have Lana Turner painted as – well, she’s crazy! And I don’t think she is.” — Lana Turner 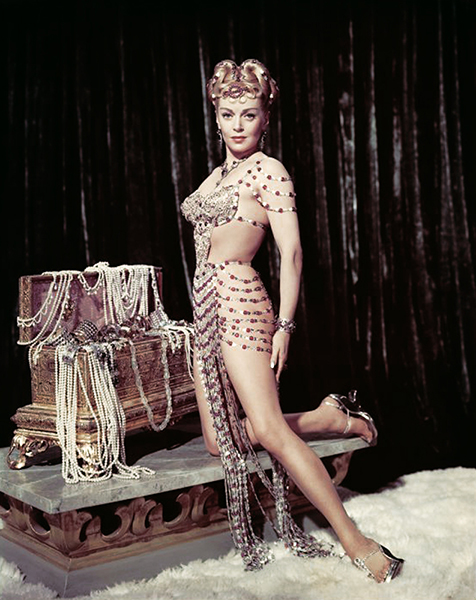 “I argued with [MGM] that I was not the kind of girl who should be in costume pictures. Look – I’m a modern-type girl….But they wanted me to do costume pictures. So I did the best that I could – and took the blame for them.” – Lana Turner 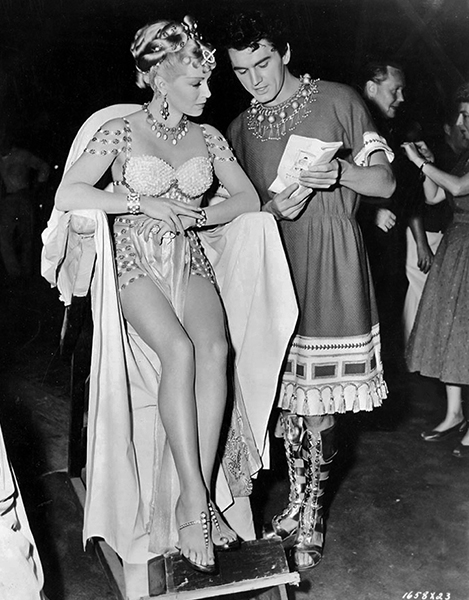 “It was all beauty and it was all talent, and if you had it they protected you.” — Lana Turner 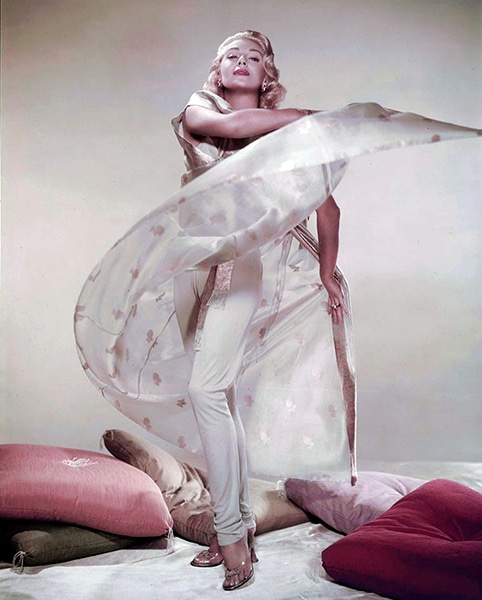 Photo from The Rains of Ranchipur (1955) 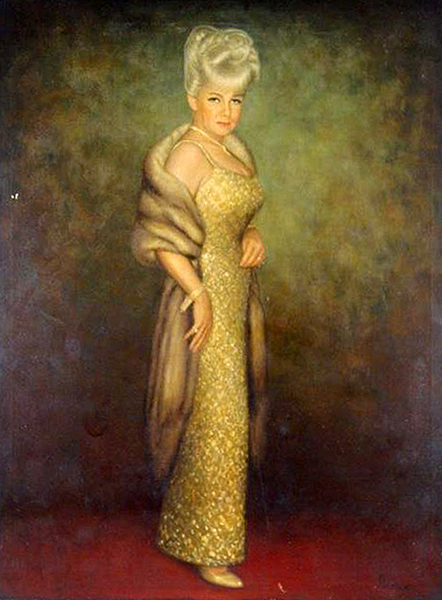