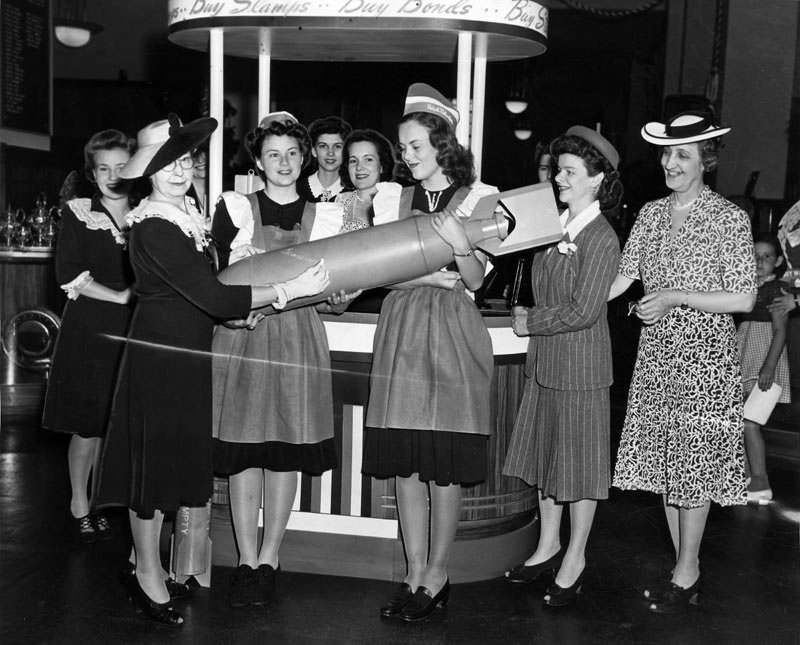 If you would like to have the thrill of knowing your name is on a bomb or shell destined for the enemy, you can autograph one today in Los Angeles, Hollywood and Beverly Hills stores.

Many merchants will have on hand bombs and shells which you can autograph every time you buy a War Savings Bond. 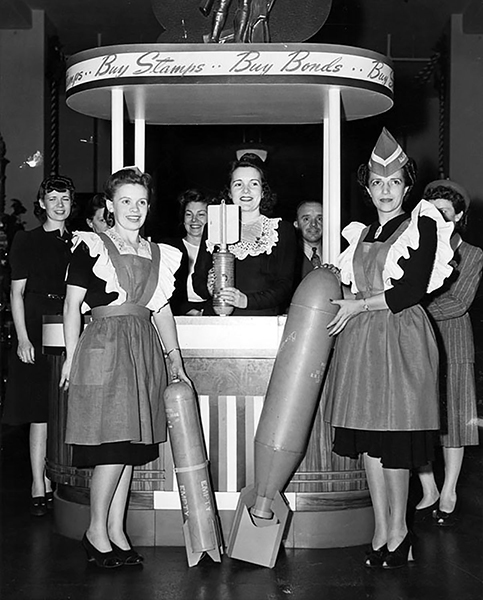 This unusual opportunity is being offered by merchants as one of the highlight events of American Heroes’ Day.

The day is being observed nationally under the sponsorship of the Treasury Department in cooperation with the retail stores of the country, as one of the events on the July “retailers for Victory” program.

The bomb and shell autographing is expected to stimulate sale of War Bonds through the day as a means of assisting local retailers in reaching their quota of $2,500,000 of Stamp and Bond sales for the month.

Throughout the day soldiers will be stationed at the entrances to many of the stores where bombs and shells are on display.

The principal feature of American Heroes’ Day in Los Angeles will be a program sponsored by retail stores at Victory House in Pershing Square. From 2:30 p.m. to 5 p.m. local heroes of the Civil War, Spanish American War, World War I and World War II will appear on the stage and the story of their heroic deeds will be told.