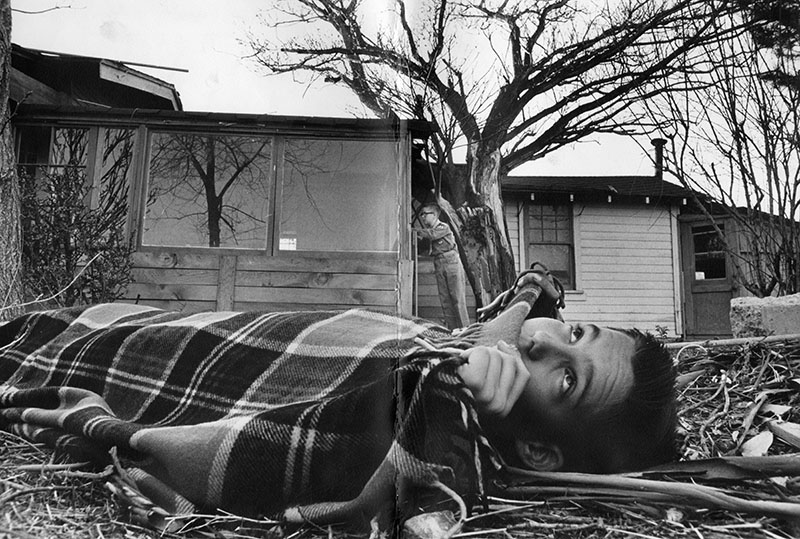 CANOGA PARK (Feb. 11, 1963) — There were strange noises in the haunted house but they weren’t caused by any supernatural being.

So reported three Boy Scouts who tested their courage over the weekend by spending an entire night in a deserted house on the Rocking S Ranch here.

The trio, Larry Gold [pictured], 14; Jerry Wilkerson, 12, and Steve Allen, 13, of Troop 465, said they didn’t see anything of the peg-legged ghost, who, they had been told, made the ramshackle building his hangout.

No owls hooted at them, no black cats appeared.

“But we did hear boards creaking, and every once in a while glass tinkled from broken windows,” they said.

In the light of the following morning they discovered that someone had thrown oranges at the house during the night.

“Sure it was a little scary,” Larry admitted. “But we stuck it out. Guess we’ll have to challenge the Marines to a walking contest next.”