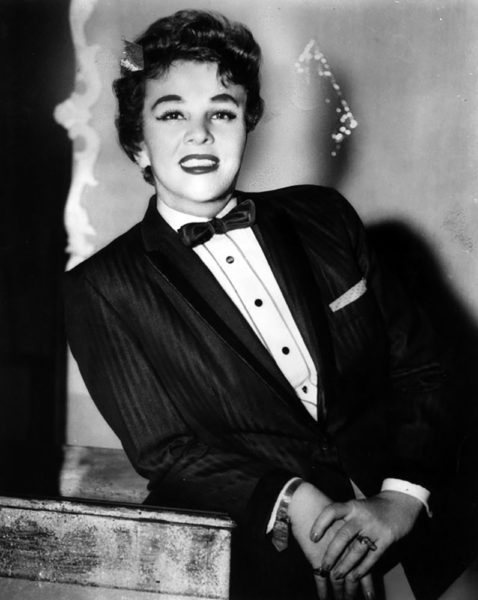 Beverly Shaw (1909-1990) was a local singer who owned one of the first lesbian night clubs in the San Fernando Valley. It was called the Club Laurel and its address was 12319 Ventura Boulevard in Studio City. The club existed from 1954 to 1968.

Shaw regularly performed at her club in a suit and bow tie. Prior to its opening, she sang at the Flamingo on La Brea Avenue and Larry Potter’s Supper Club in the San Fernando Valley. She also recorded records under own label.

Beverly Shaw died from cancer in Burbank in 1990. She was 80 years old.

Did you know that Los Angeles police in the 1940s and 1950s once had a rule requiring people to wear at least three articles of gender-appropriate clothing? Those who broke this rule were arrested.