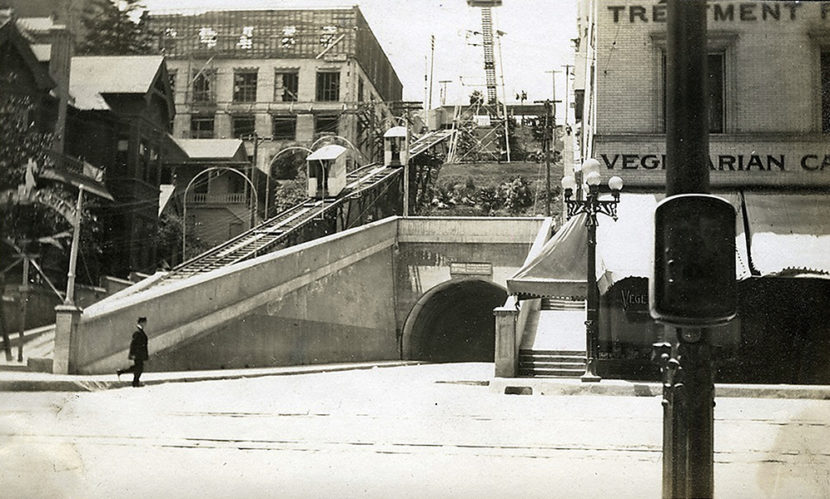 An early view of Angels Flight on Bunker Hill at 3rd and Hill Streets, circa 1902. 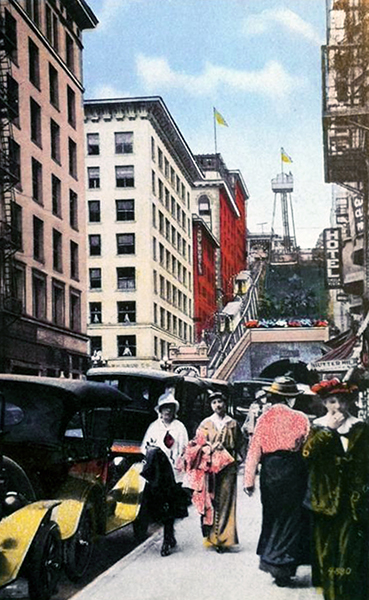 A postcard image from the early 1910s with Angels Flight and its observatory tower in the background. 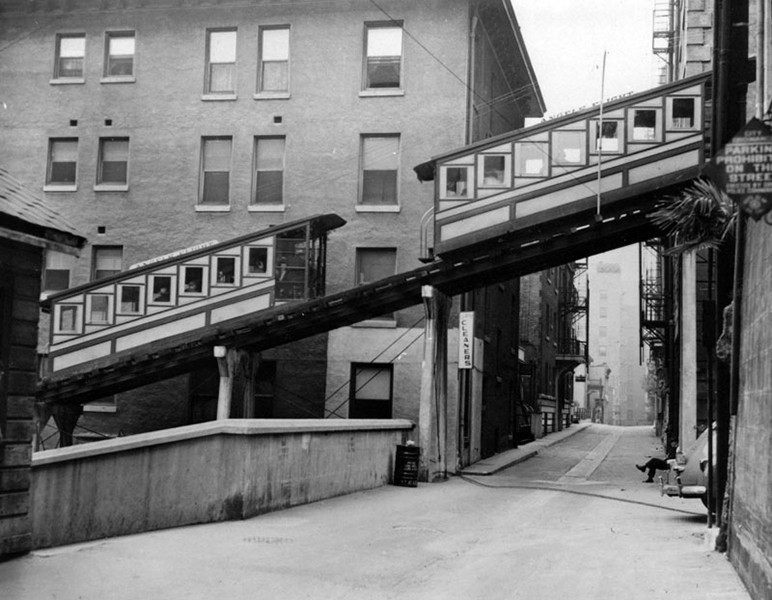 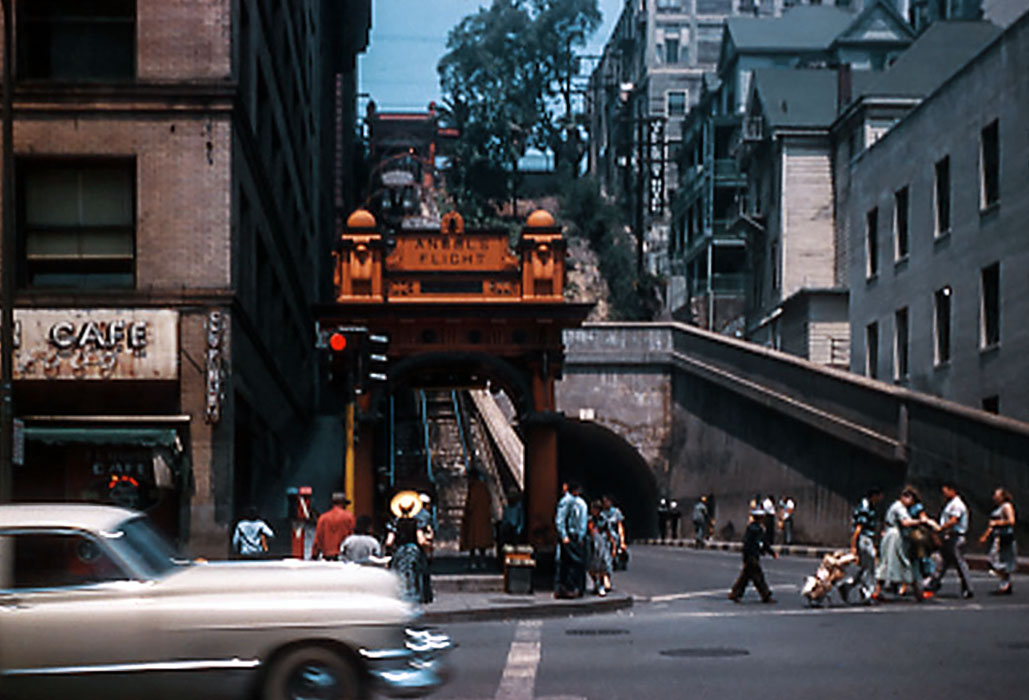 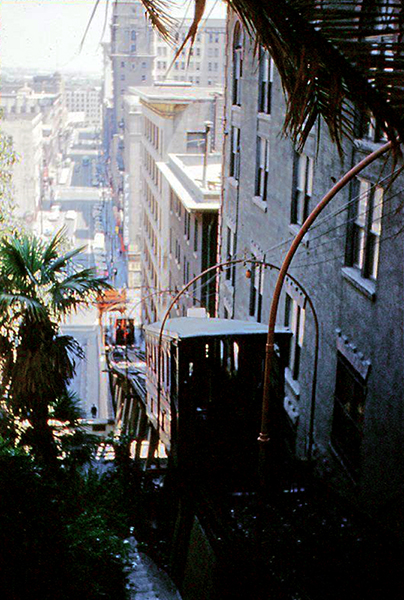 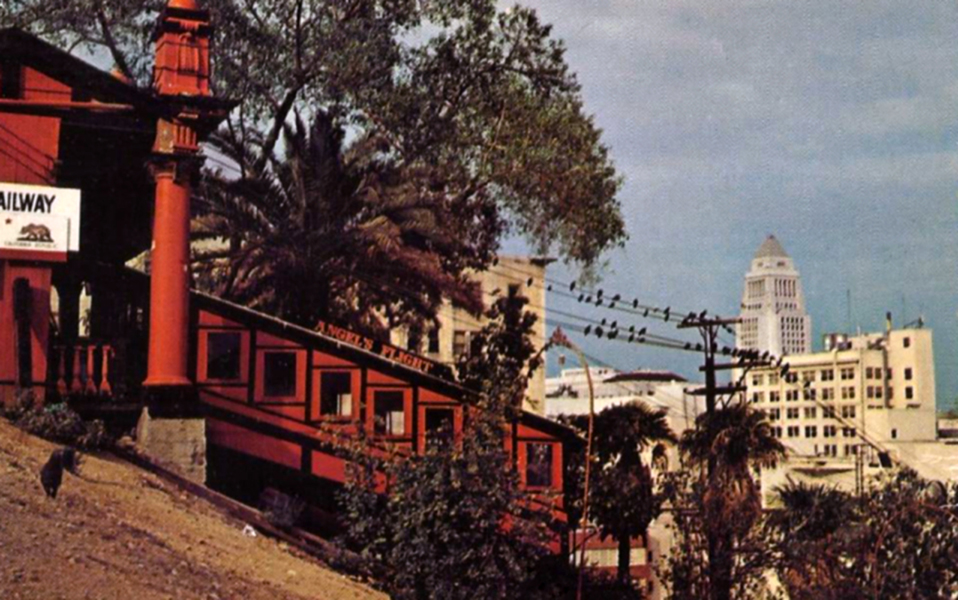 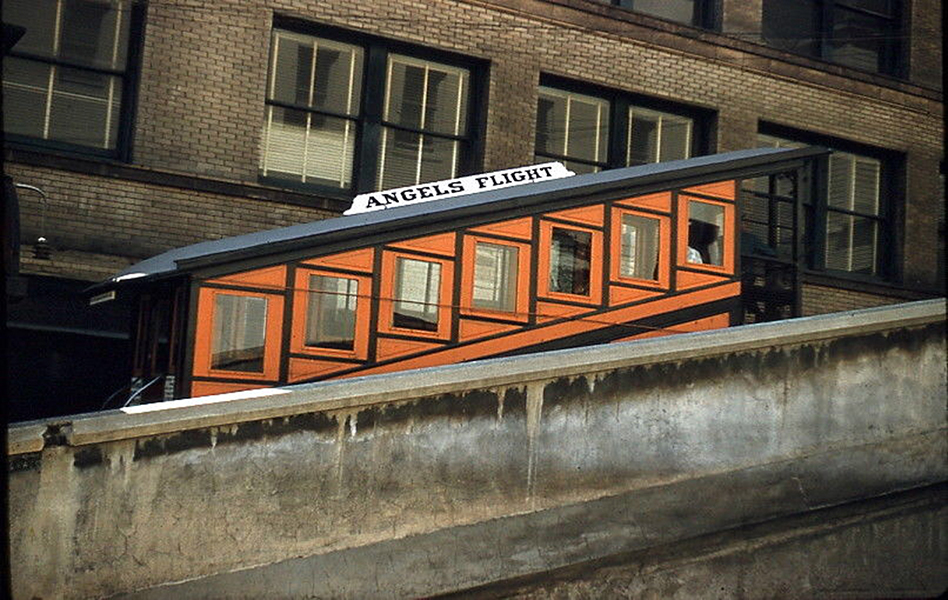 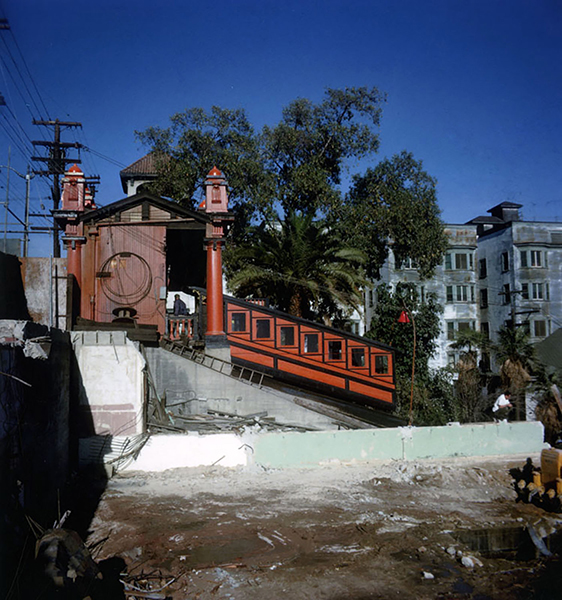 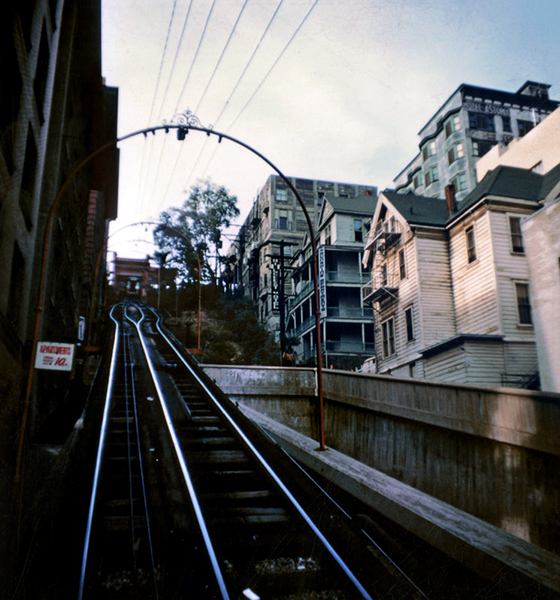 Tracks next to the Third Street Tunnel, c. 1962-1964. Also seen are the Sunshine Apartments (center), the Hotel Astoria Apartments (tall building on the right) and the Ferguson Building (left). 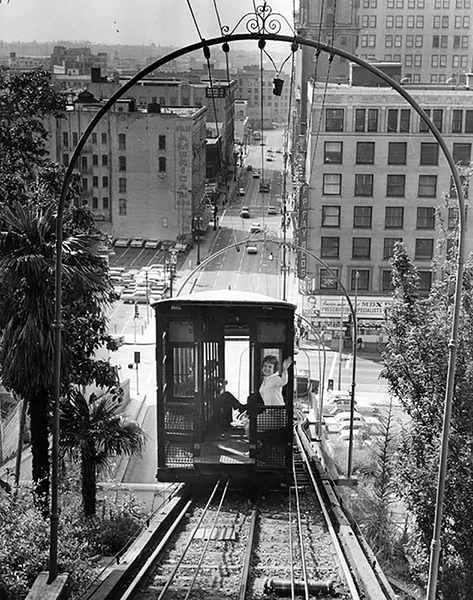 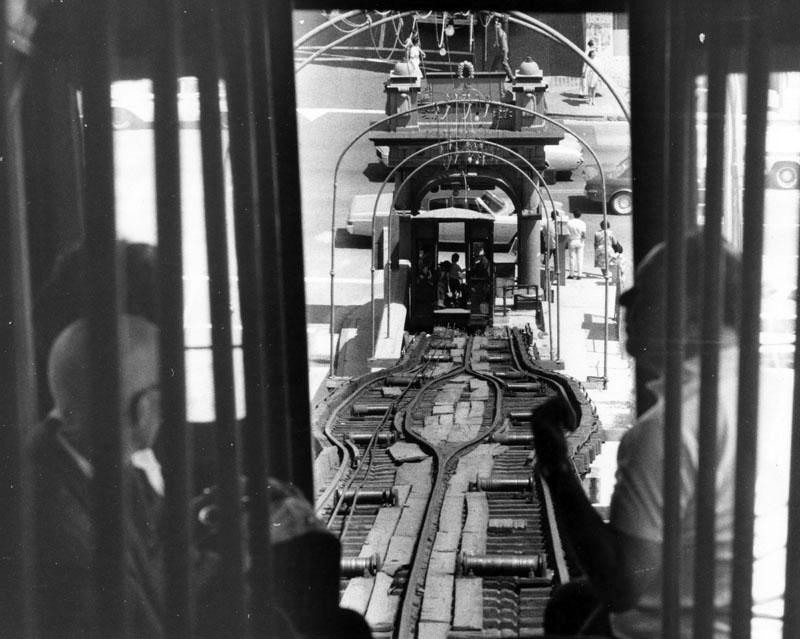 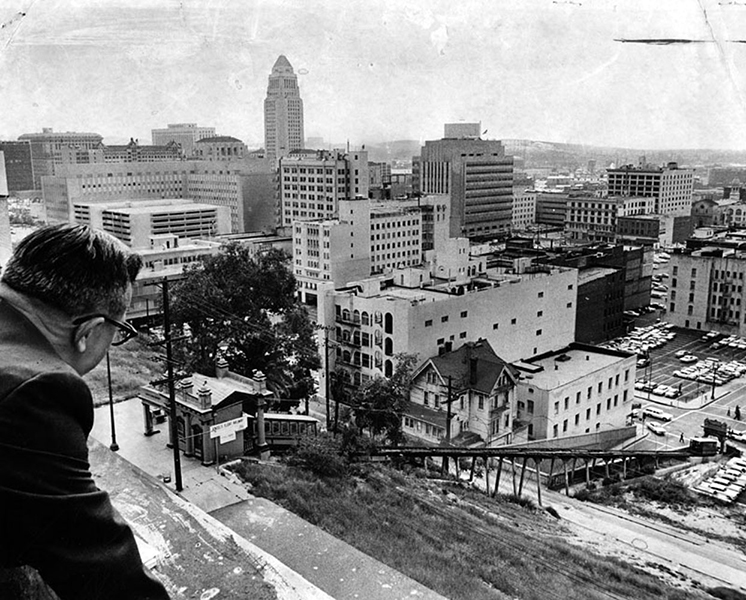 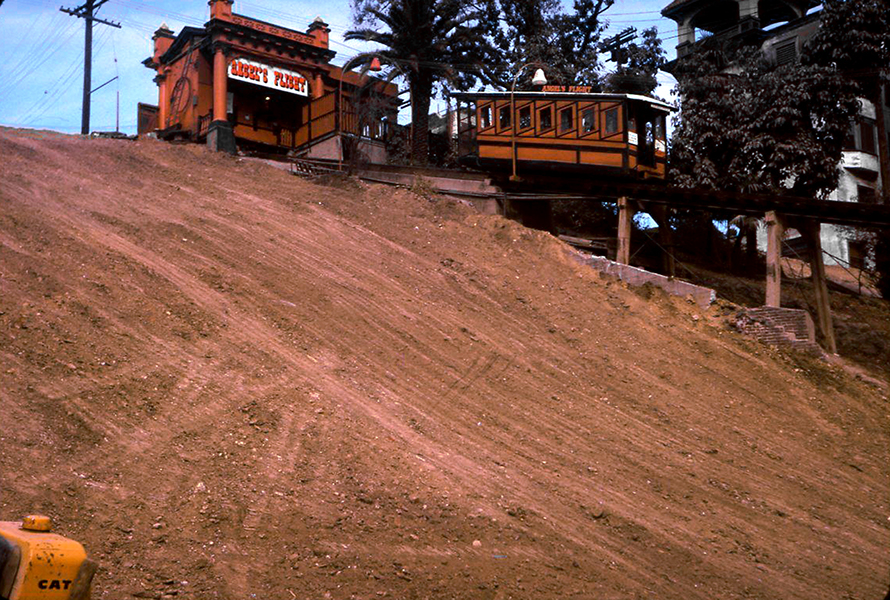 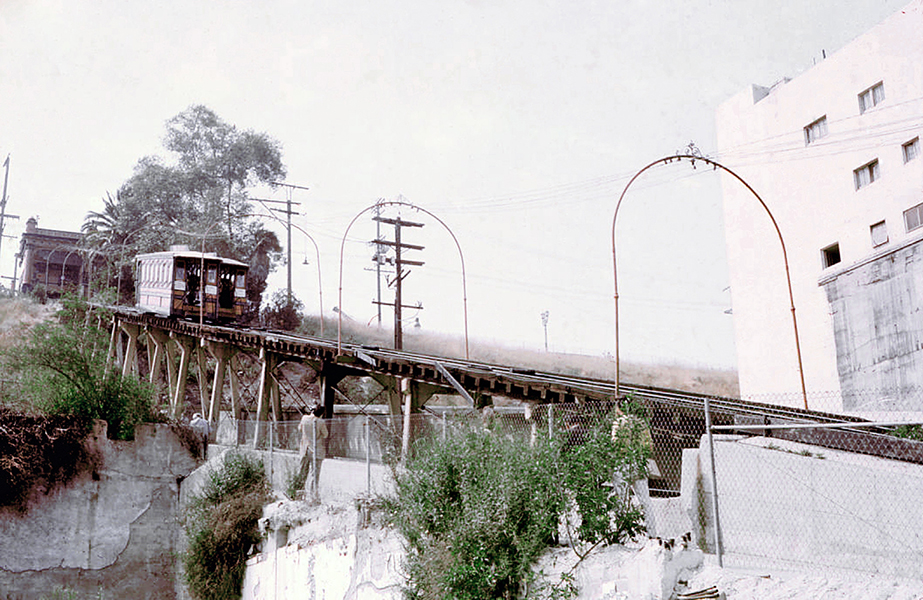 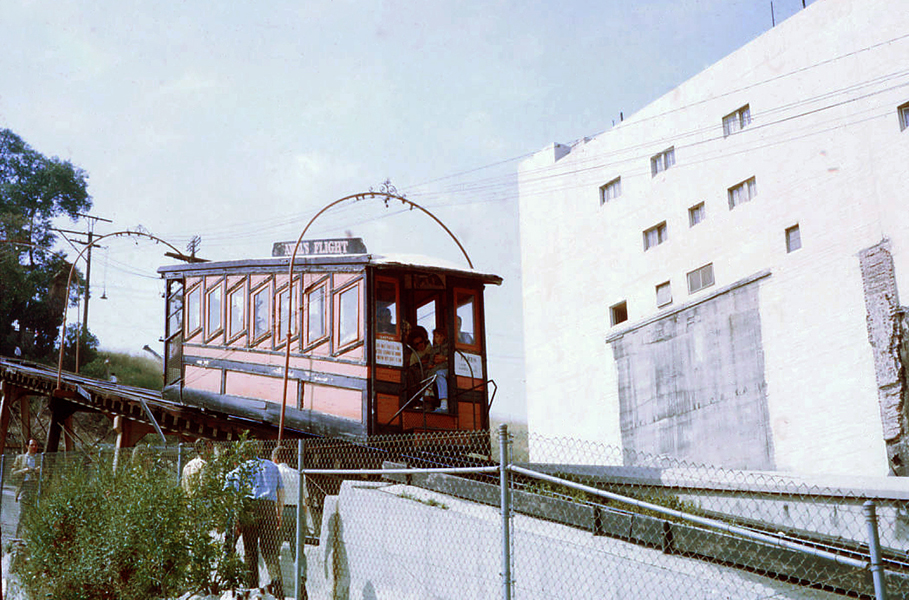 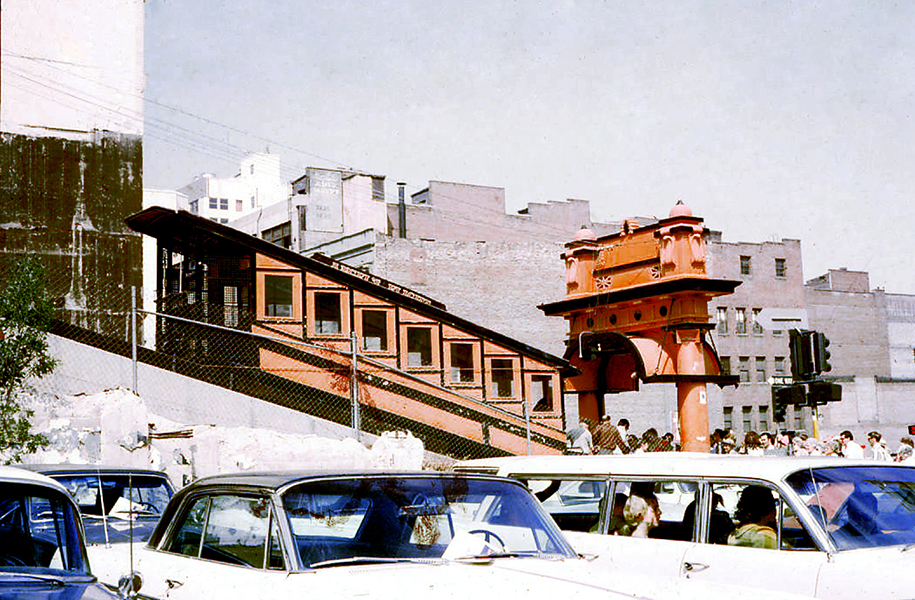