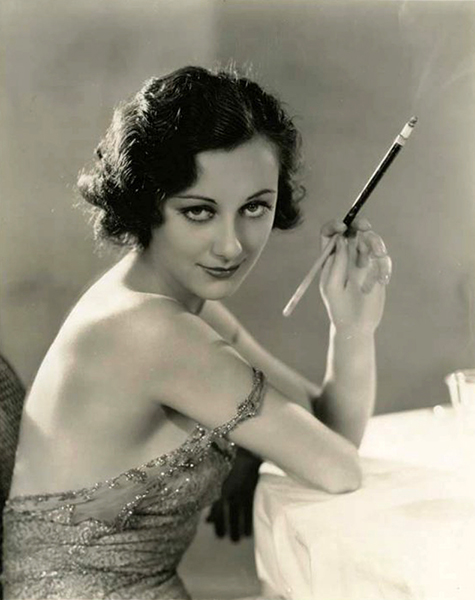 “My name is properly pronounced ‘vor’shack.’ The D remains silent. I have had quite a time with the name, having been called practically everything from Balzac to Bickelsrock.” – Ann Dvorak.

Source for quote: “What’s the name, please? A guide to the correct pronunciation of current prominent names.” (1936) New York and London: Funk & Wagnalls. 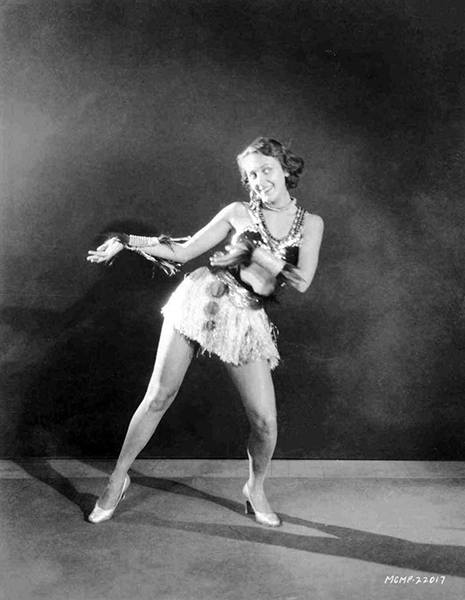 Dvorak as a chorus girl in the Hollywood Revue of 1929. 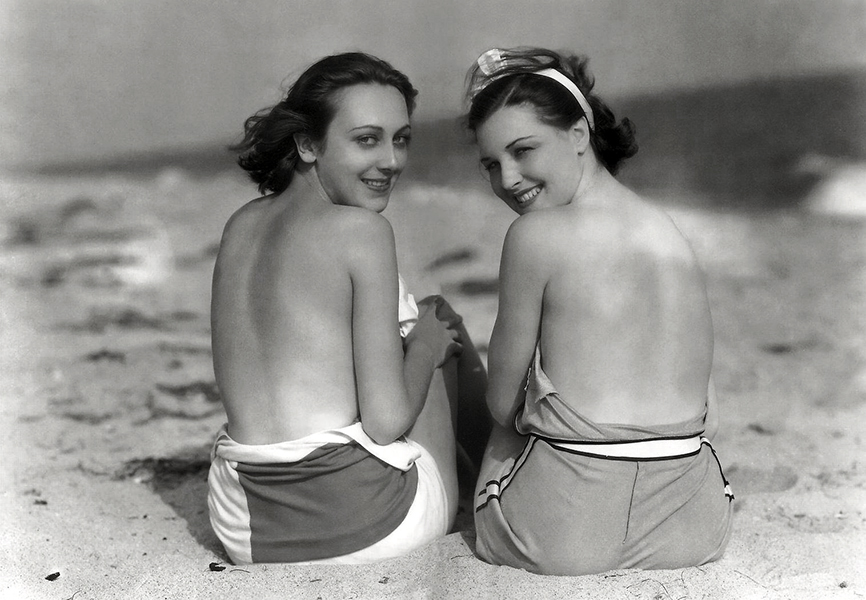 With Marjorie King in a pre-code photo taken by Clarence Sinclair Bull in 1929. 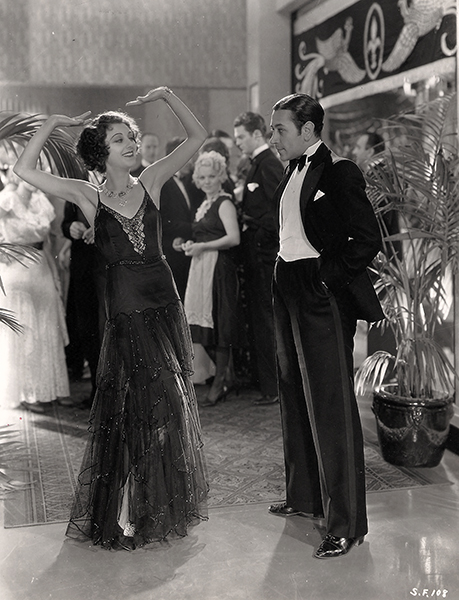 Ann Dvorak‘s pre-Code dance in front of George Raft was a highlight in Howard Hawk’s Scarface: the Shame of a Nation (1932). Here is the story behind the classic scene:

Dvorak, a dancer who had appeared as a chorus girl in a few films, attended a Hollywood party at Howard Hawks’ home. Raft, who had just been cast in a supporting role in Scarface, was also in attendance, but looking ill-at-ease (Raft was insecure about his lack of education and cultural refinement, so he generally avoided Hollywood parties. When he did attend one, he tended to keep quiet, so as not to betray himself).

I’ll let Hawks tell the rest of the story:

“Ann was attracted to George, who looked magnificent in his evening clothes. George was just sitting there, minding his own business. He doesn’t drink, and he didn’t look as if he was having a good time.

“Ann asked him to dance with her but he said he’d rather not. She was a little high and right in front of him starts to do this sexy undulating dance, sort of trying to lure him on to dance with her. She was a knock-out. She wore a black silk gown almost cut down to her hips. I’m sure that was all she had on. After a while, George couldn’t resist her suggestive dance and in no time they were doing a sensational number which stopped the party.” — Howard Hawks

Dvorak‘s dance was so memorable that the next day, Hawks cast her as Paul Muni’s sister in Scarface, and later, her dance in front of Raft was recreated for the movie. Another source claims that Joan Crawford had introduced Dvorak earlier to Howard Hughes, which could explain why she was at Howard Hawks’ party. 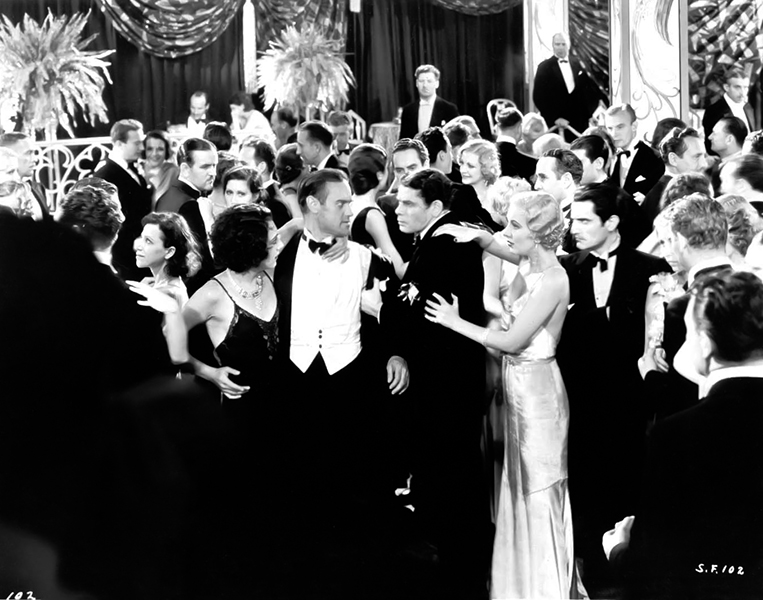 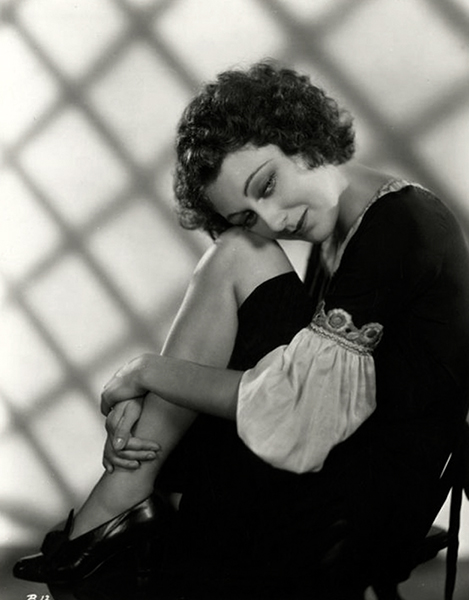 “Just the other day, I read in a paper that ‘Ann Dvorak, the European actress is rapidly losing her accent.’ Imagine – and I’ve never been any farther outside the United States than Agua Caliente!” – Ann Dvorak 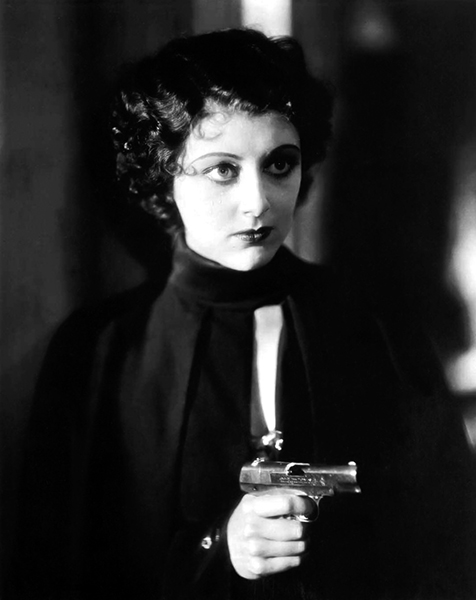 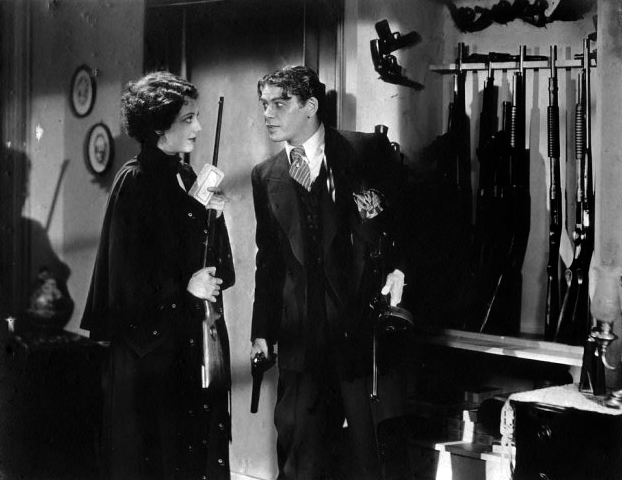 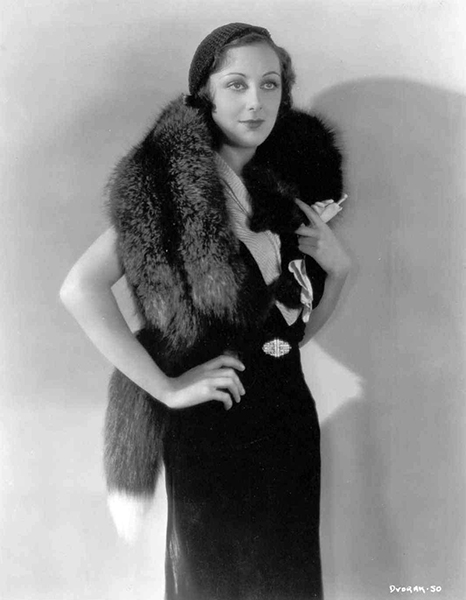 “Hollywood doesn’t consider your feelings at all.” — Ann Dvorak 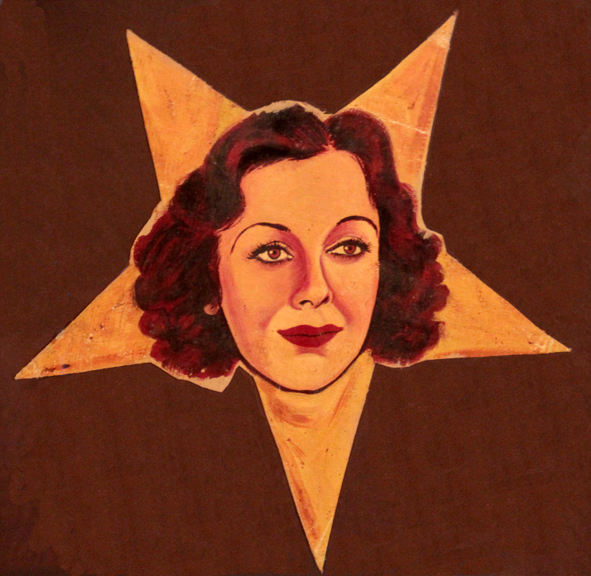 A caricature of Ann Dvorak from the Ambassador Hotel‘s Field & Turf Club. I actually own this one. 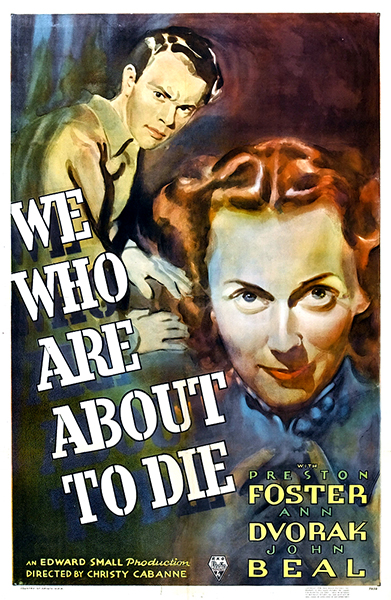 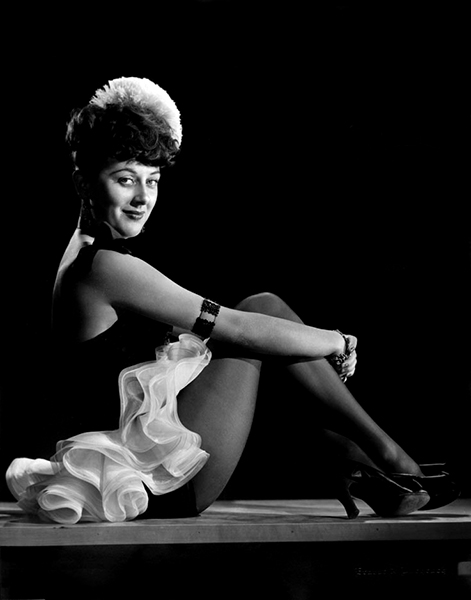