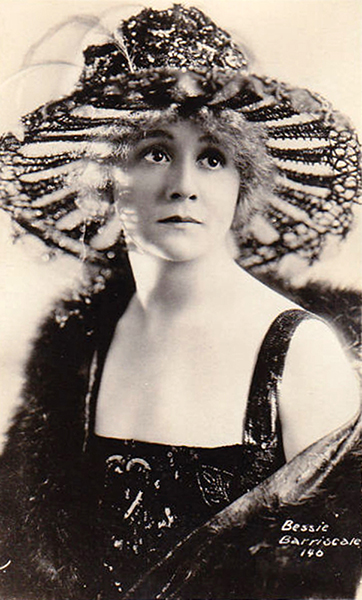 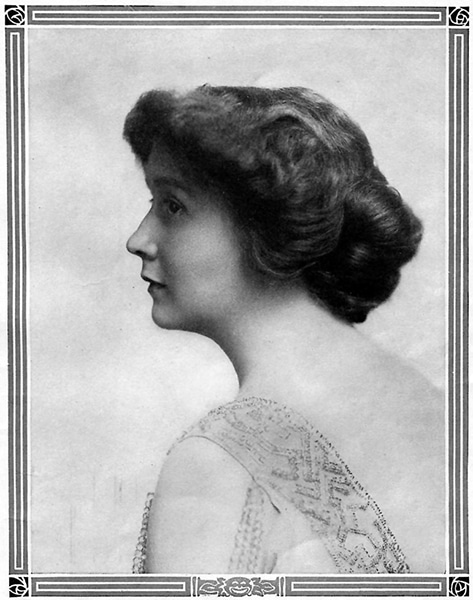 She was born Elizabeth Mary Barriscale in New York City in 1884. 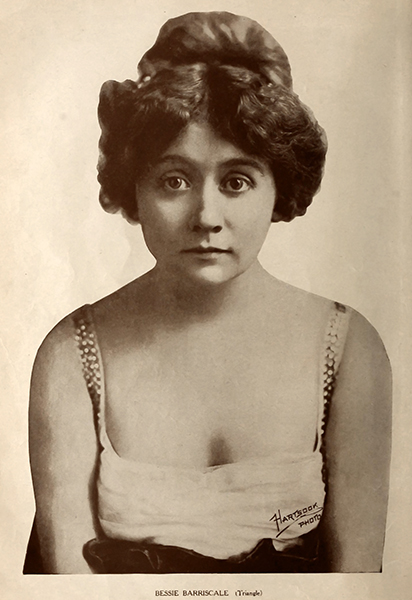 “I’ve been on the stage since I was five years old and I know that stage children are given more care – more gentle consideration – than any other children in the world.” — Bessie Barriscale. NOTE: Her obituary states that she made her stage debut when she was eight-years old.

“The last time I played Little Eva, I was a great deal too old for the part. The company had taken me with them on tour in case the little girl playing Eva should be removed by the Gerry society. One night, the performance commenced and was going along as usual, when someone spied the Gerry man out front. It was just before the moment when Little Eva falls into the river and the manager dared not wait any longer than was absolutely necessary to substitute me. I’ve often wondered what the audience thought when Eva came out of the river a head taller and several years older than she was when she went into it.” — Bessie Barriscale 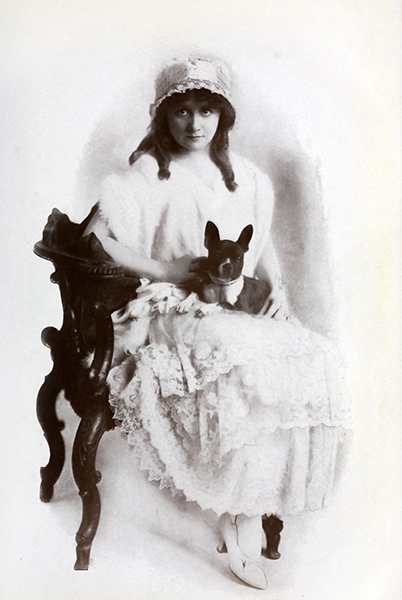 “I wasn’t a bit nervous. Perhaps because I had played the part so many times – 18 weeks in stock at the Belasco Theatre [Los Angeles]. The first day at the studio is rather hazy – dreamlike – in my memory. The things that impressed me most about the studio were the click of the camera – which bothered me a great deal for awhile – and the men in evening dress for one of my scenes, and the director made them change it, explaining that white wouldn’t photograph white as well as yellow would. It was a long time before I got used to that. Whenever we used yellow linen in the place of white, I went through the scene with a strong feeling that something was wrong. It made me feel very awkward.” — Bessie Barriscale 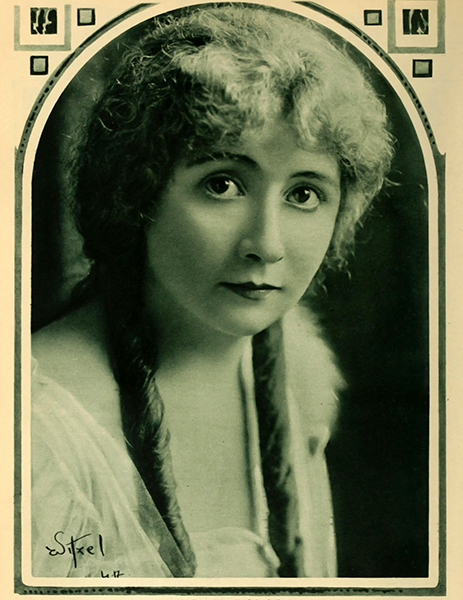 “It is no wonder that there has been considerable discussion of late as whether beauty and brains can be combined in sufficient quantities to be profitable in the film business. I will not discuss actors but I feel qualified to talk about the woman of the screen, because I am one myself and I know our weakness. We do not think enough nor study enough.” — Bessie Barriscale 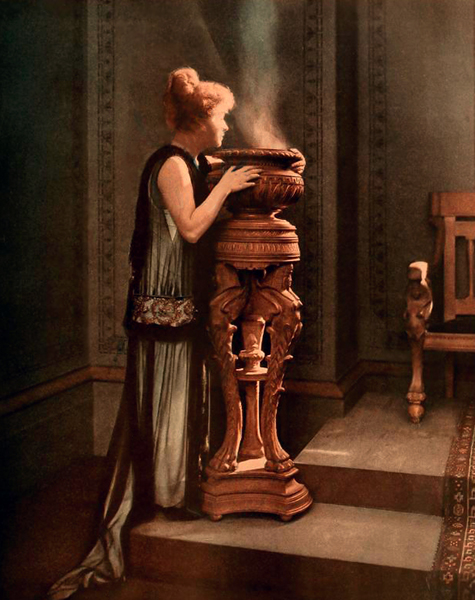 “I tell them it is no trouble to become an actress: the great difficulty is being worthy of your job. Of course, it is the glitter and the fancied romance of the profession that attracts the girls. They think it would be perfectly wonderful to be made love to by handsome leading men and wear pretty clothes and pose in front of a camera. But, sad to say, that is where they stop thinking. They know nothing of the real work that is the main feature of studio life.” — Bessie Barriscale 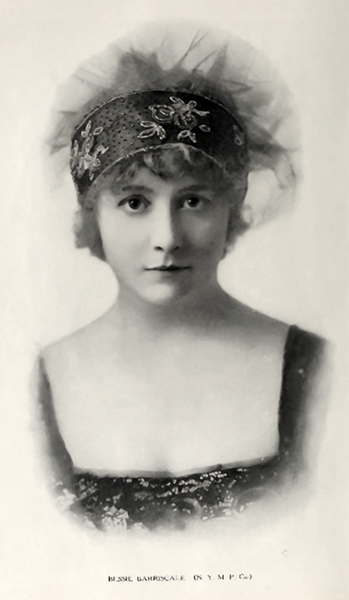 “I can go about three weeks without a potato, and then I absolutely must have one if it adds three pounds. Not that I ever noticed it adding three pounds, but it might. However, I must take the chance. The other day, my husband thought that he’d be good to me….so he brought me a big box of chocolate creams. I keep them on the sideboard so I can sit here and look at them! This is because I remember myself as I saw me first on the screen. It was three years ago, and I haven’t gotten over the shock yet. To this day, I can’t bear to look at one of my own pictures! I had been very excited over the idea of seeing myself – I expected to have a sort of curious yet pleasant sensation. I did have a curious sensation, but as for pleasant – I was a little late reaching the projection room and it happened that I walked right in on a closeup of myself. I didn’t wait for any more. Instead, I made the finest emotional exit of my entire career! Once outside, I leaned against the side of the building and had a good cry. As I cried, I repeated over and over to myself, ‘I’m not that fat!'” — Bessie Barriscale 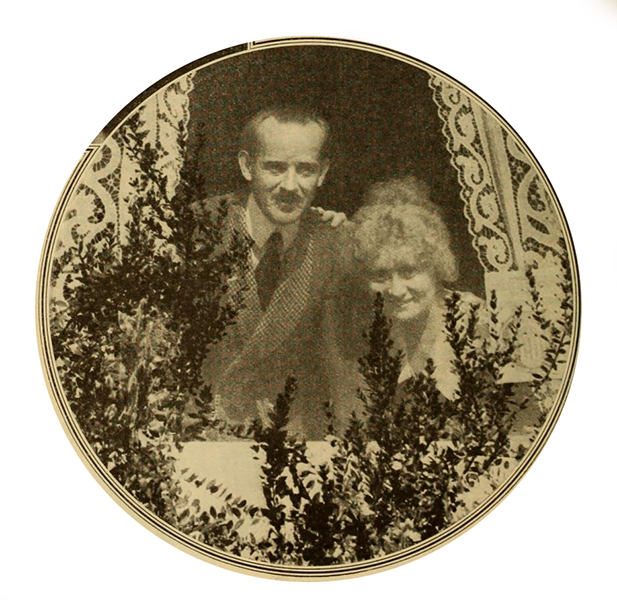 “Bessie Barriscale met Howard Hickman when they were playing in stock at the Bush Temple theater in Chicago. He was the villain of the company and perhaps this lent him an added fascination, for she fell in love with him almost at first sight. Her, mother, however, disapproved, not of Mr. Hickman, but of Bess getting married at all just at that period.” — Elizabeth Peltret (1918)

Peltret then quoted Barriscale as saying, “She thought I was too young; that it would ruin my career – oh dozens of things. She was utterly heartbroken over the whole affair. There being nothing to else to do, we eloped. Poor Mother! For her, it was like the end of the world!” 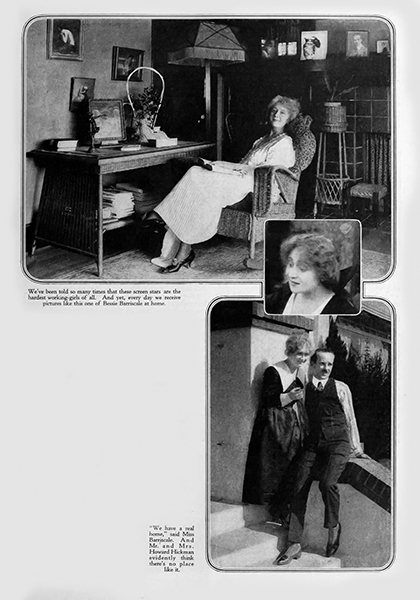 “We’re going to move into house that has ten great, big rooms, so that we can have space enough to really turn around and breathe in.” — Harold Hickman 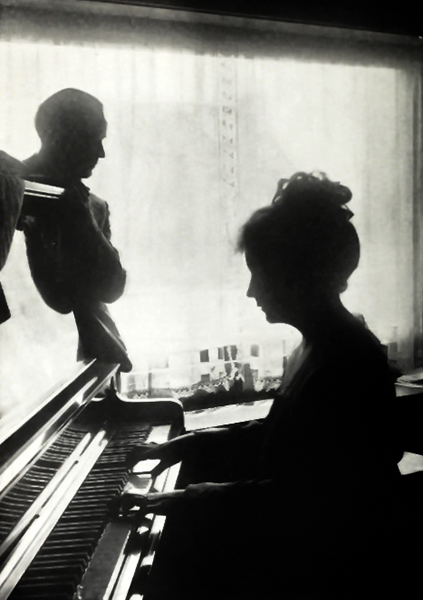 “We are very happy together, and I think much of this is due to the sacrifices we have made in order not to be separated. Frequently, we have accepted engagements where we could be together when we could made twice as much money and had very much better parts, it we had been willing to work separately.” — Bessie Barriscale, with her husband Howard Hickman 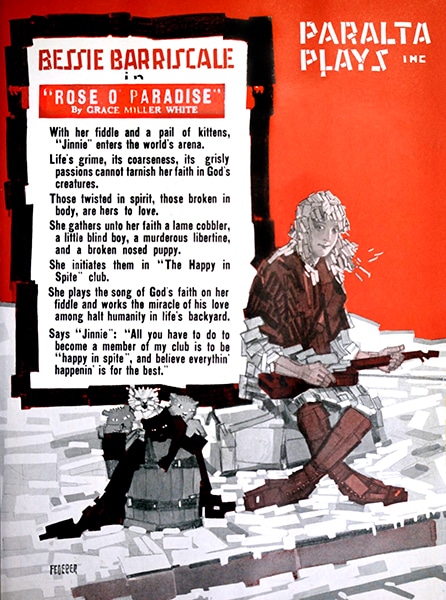 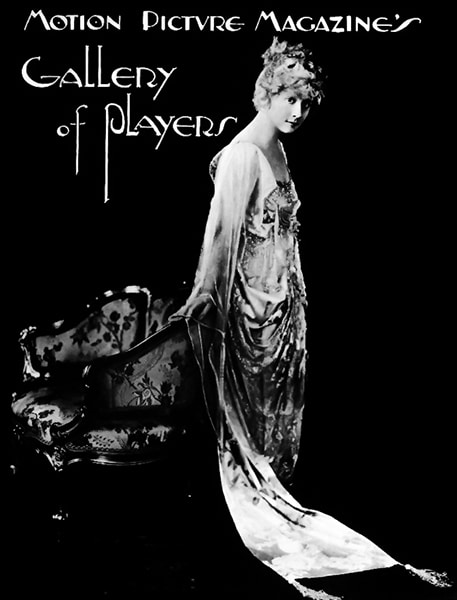 “A girl will look far afield for the fortune that lies right at her feet. The screen must have new blood, new talent, new faces, but a girl should be very sure that she is right before she spends time, money and much labor in trying to make good. Such a girl I will help to the limit, but it is unjust to a girl herself to help her when her chances are doubtful.” — Bessie Barriscale 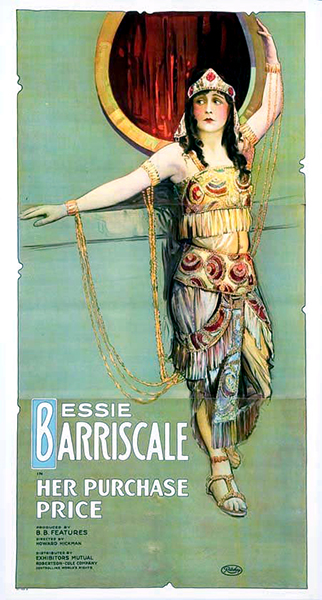