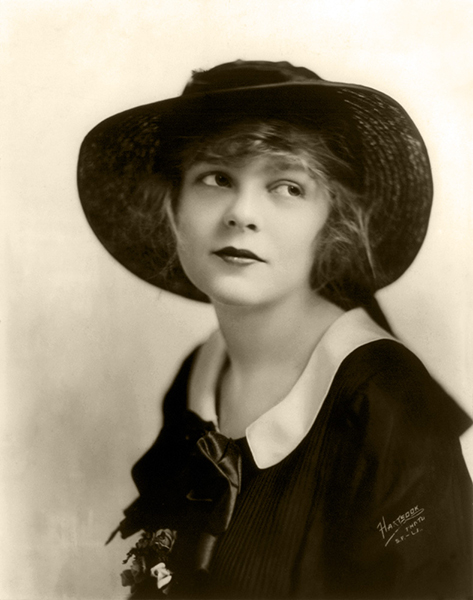 “I find it hard to explain just why I always disliked publicity. But I never wanted them writing me up as something or other in private life that I wasn’t and I never wanted to talk for publication about the intimate facts of my life because it seemed so much like taking the public into partnership in something I wanted for myself alone.” — Blanche Sweet 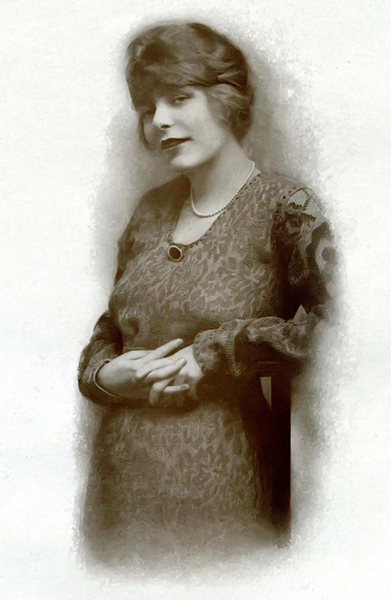 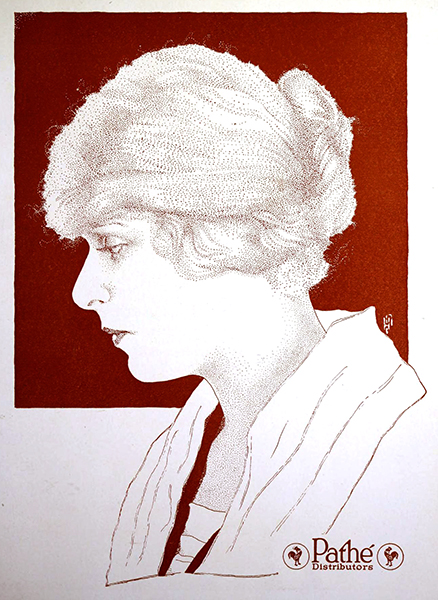 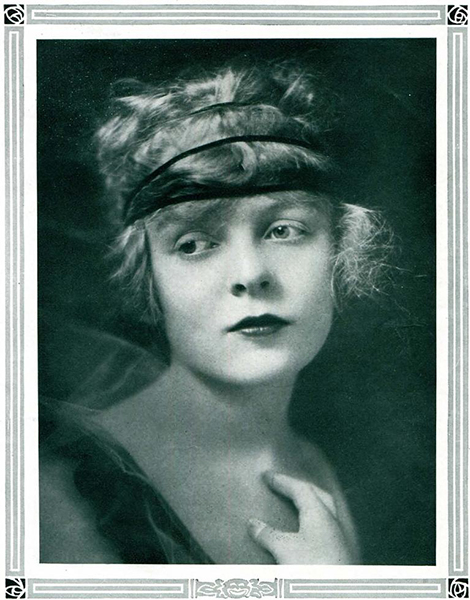 “All the time I was with Mr. Griffith, to whom I owe everything of success I have attained, he respected my wishes concerning personal publicity, although I can see now that it was asking a great deal of him. The public has some rights in the matter because we are all more or less dependent on the public.” — Blanche Sweet 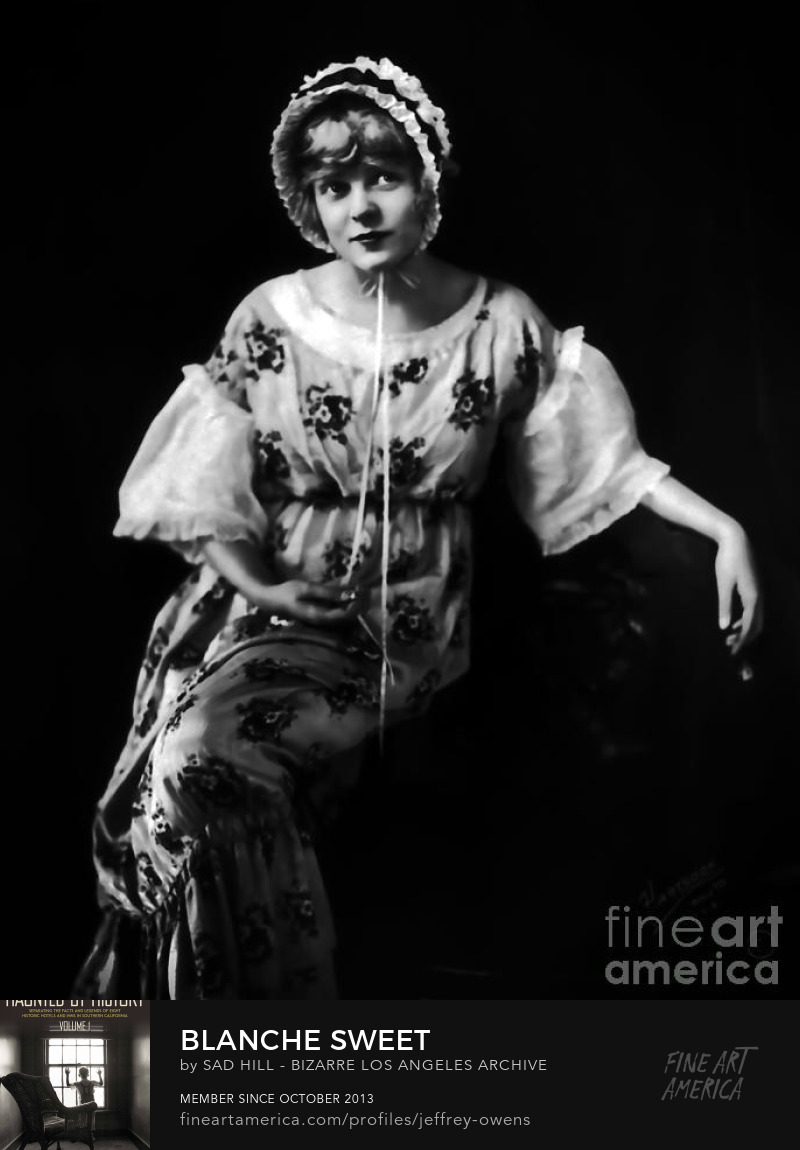 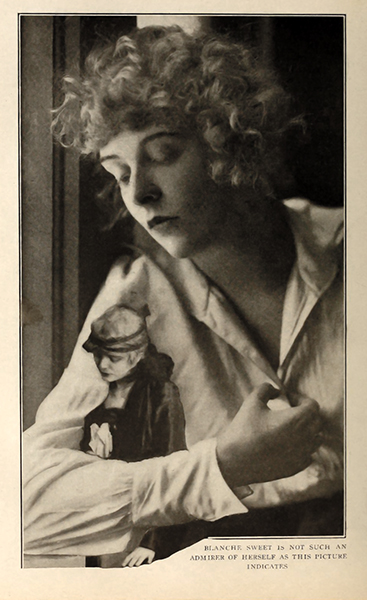 “Where was I born? Chicago, in 1896. I suppose the date of the month doesn’t matter?” — Blanche Sweet 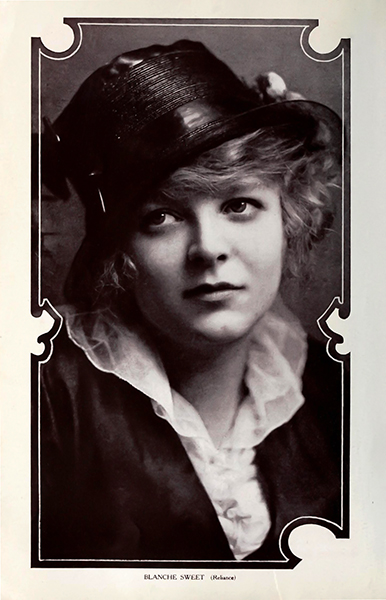 “I was a stage child form the time I began to walk. Chicago, Illinois, was my birthplace. The date was June 18, 1896. At three years, I appeared with Marie Burroughs in ‘The Battle of the Strong’ and I have been battling along ever since.” — Blanche Sweet

“I went to school in California. I liked books, but I loved the stage. At 14, having come to New York, I obtained a position with Gertrude Hoffmann’s company, “The Spring Song,’ and later I had a child’s part in ‘Charlotte Temple.’ Summer came. The theatres closed. I was an actress – rather small, to be sure, but, nevertheless, an actress – and I was out of work. With a girl friend, I went to the Biograph studio, having heard a good deal about motion pictures. This was in the days  when the vaudeville managers used to put on a motion picture to drive the audience home. Frank Powell was working at the Biograph, and the first thing I knew, I was tucked away in a corner in a production called ‘A Corner of Wheat.’ Later, I obtained steady work with the Biograph Company and then came the news that they were sending a company to California. I wanted to go, too. While preparations were on, D.W. Griffith said to me one day: ‘If you were two years older, I would make you ingenue with the company at a salary of $100 a week.’ I wept, but tears made no difference. I didn’t go. It was about this time that I met Mary Pickford. She was the only one around the studio who had a regular contract….Meanwhile, I was getting a lot of experience. Mr. Powell , one day, gave me the lead in ‘A Man With Three Wives,’ and they said I did so well that they gave me other leading parts. My grandmother thought I ought to go to school again, and I said I would be happy to go back to California. I was there only a few months, however, when I went to Los Angeles and joined Mr. Griffith’s company. He selected me for the lead in ‘Judith of Bethulia,’ and I have lived in California ever since.” — Blanche Sweet 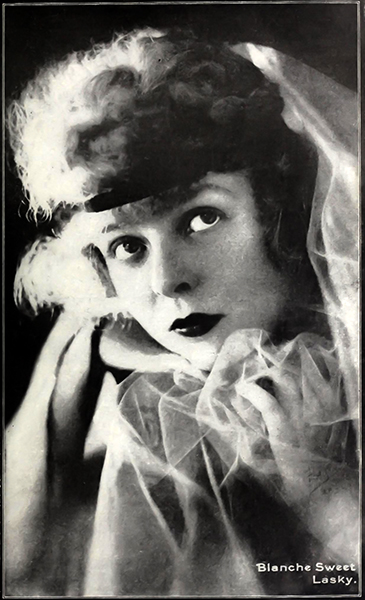 “Mary Pickford jokingly referred to me and herself the other day as old-timers, and we really are, because we both began at the old Biograph in New York. It was nearly six years ago when I began in the pictures after playing child parts on the stage and one of my first parts was the new year in a New Year’s play, so you see I was pretty young.” — Blanche Sweet 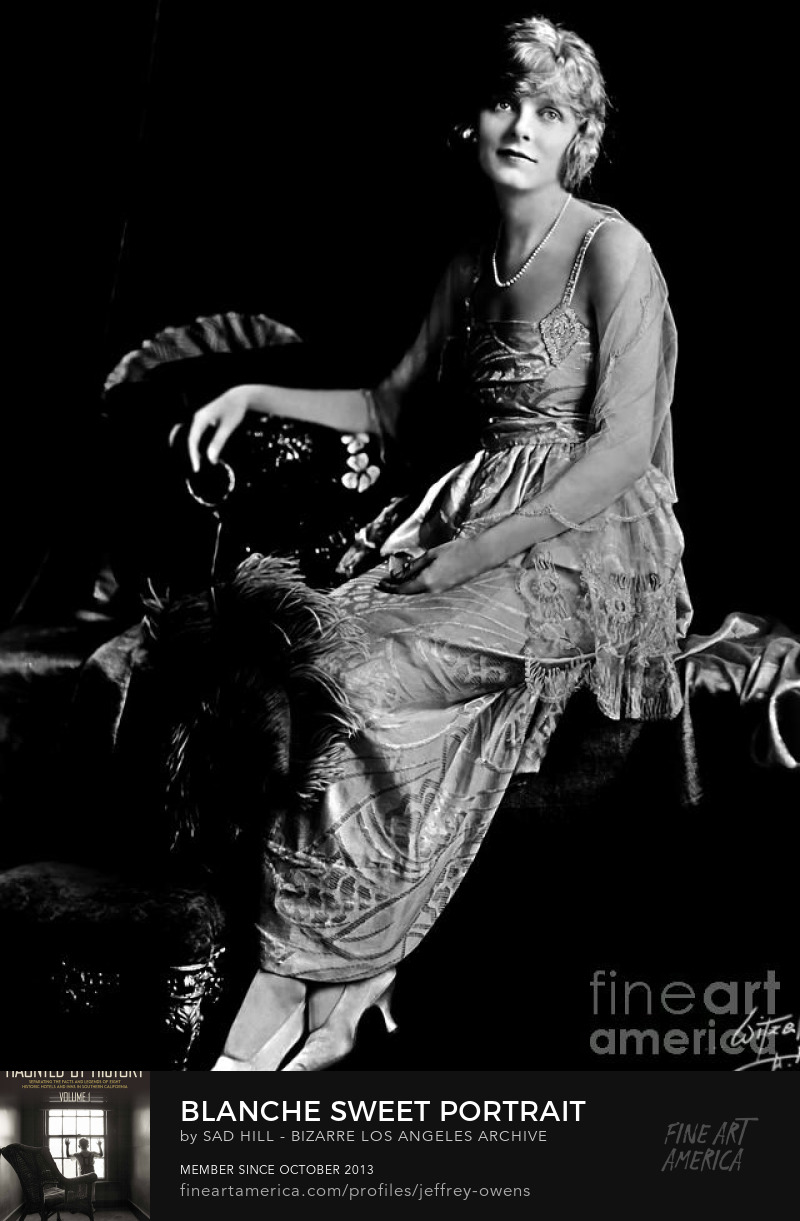 “I just learned to drive a month ago and some pedestrians have had some very narrow escapes. I almost ran down a man yesterday. I thought at first he was Mr. Griffith’s press agent whom I dodged for about a year and was just a little disappointed when I saw it wasn’t. Of course, I would hate to hurt him, but I certainly would like to make him dodge just once.” — Blanche Sweet 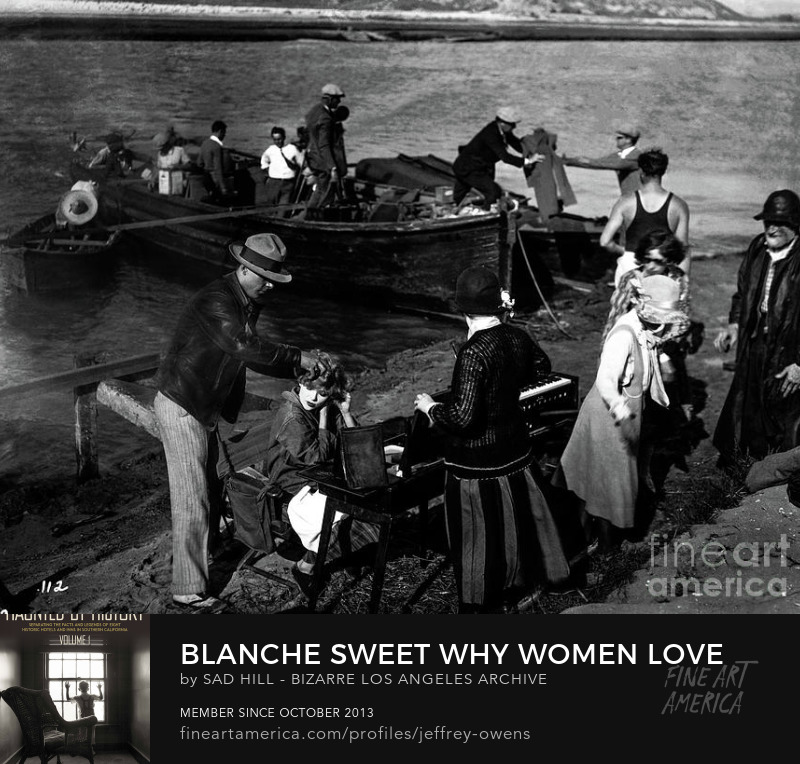 “It’s an awful trial keeping track of a half dozen gowns during the filming of a big feature. And then there’s the dressing. I have dressed in an automobile with a lot of people standing around out on a location and it is no fun. But we cannot expect everything to be the way we would want it.” — Blanche Sweet 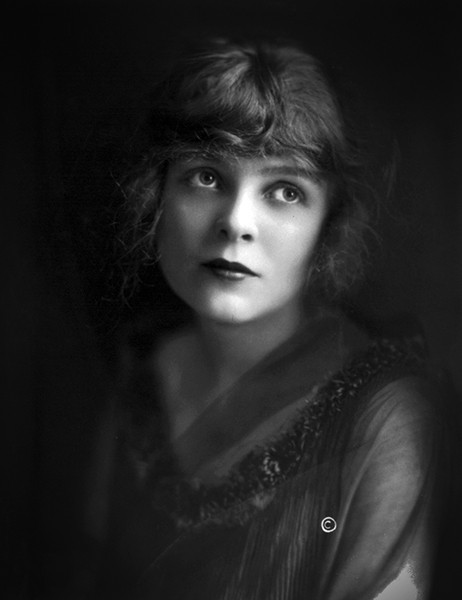 “Owls are considered wise because no one ever heard them speak. Guess I’ll follow their example.” — Blanche Sweet in 1915, when asked about her reluctance to appear on stage. 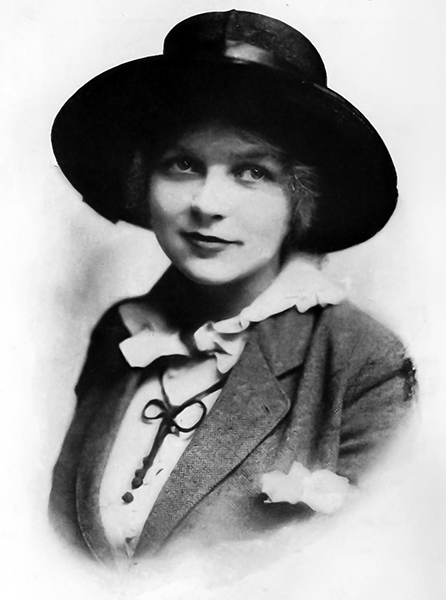 “I really haven’t a hobby worth mentioning except my work and I love that. I have only one great desire and that is to keep my youth and enthusiasm. They are the greatest assets of a motion picture actress.” — Blanche Sweet 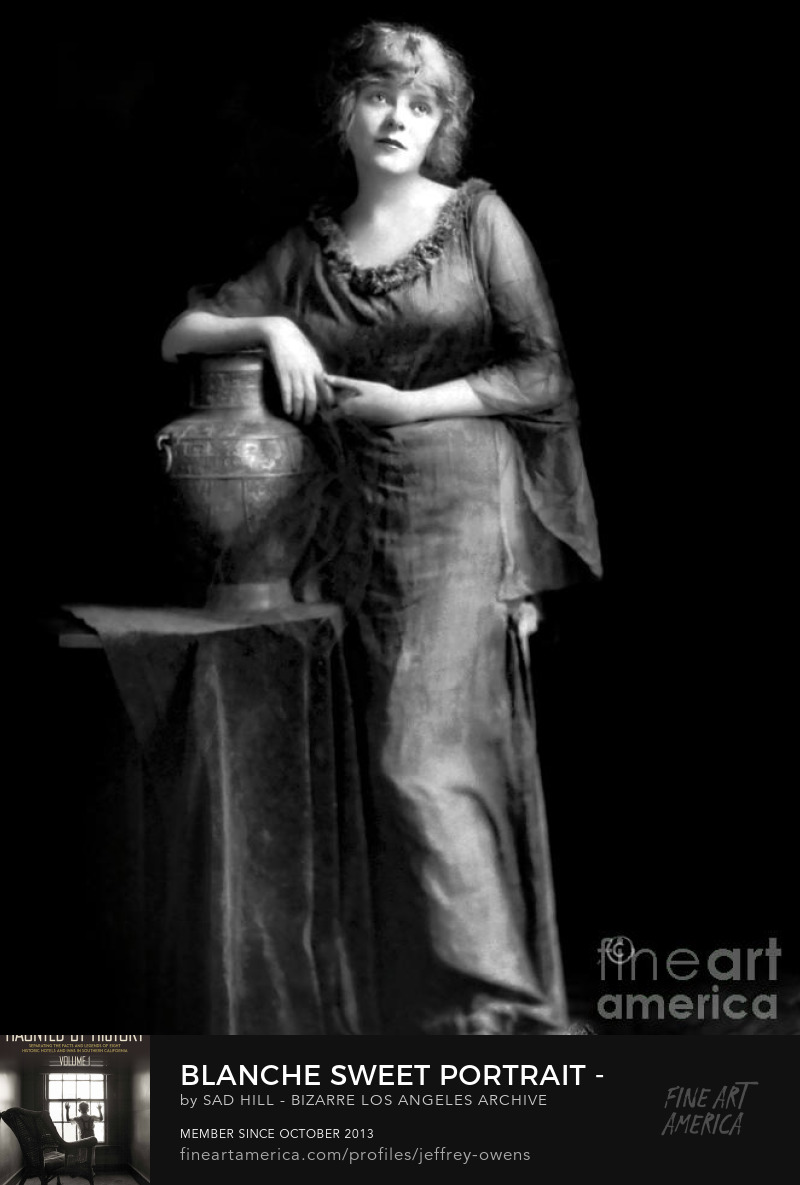 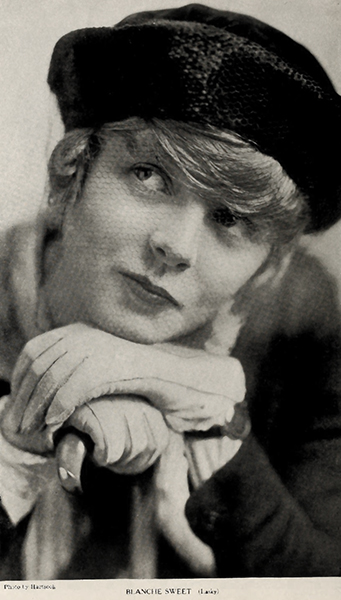 “For the reason that the motion picture business and I have grown up side by side during the past ten years, I feel a certain personal interest in the whole industry. Whenever anybody speaks good of motion pictures, I feel happy; whenever I hear ill spoken, I feel like fighting for my life. Both the motion picture and I were very young when we started out together to make a success of things. I suppose I feel very much the same way about the motion picture and have within me as much pride about it as Robert Fulton felt when he saw the first steamship actually move, or Graham Bell, sitting in New York, felt when heard over the telephone wire a voice that its origin in San Francisco. And, like the two named, I, too, have lived to see the day when the motion picture is no longer sneered at, but is given its full measure of credit for what it has done and is doing.” — Blanche Sweet 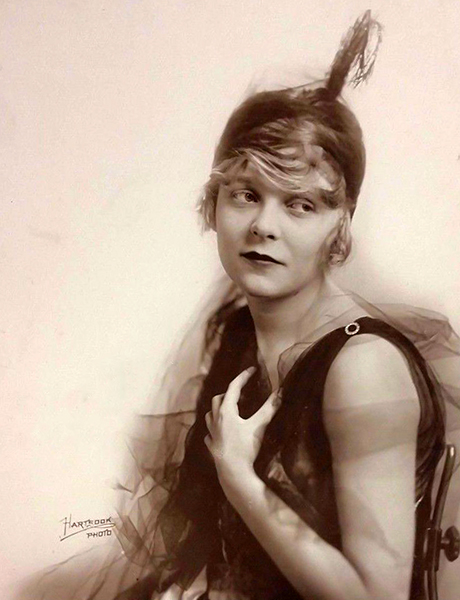 “I am an inveterate photoplay fan. I think every player who has any ambition at all, any desire to get ahead in his work, should spend as much or more time seeing other people’s pictures as in his own. I think that only by comparison and good hard work can we hope to succeed. And it is my highest ambition to reach the zenith of a professional career.” — Blanche Sweet 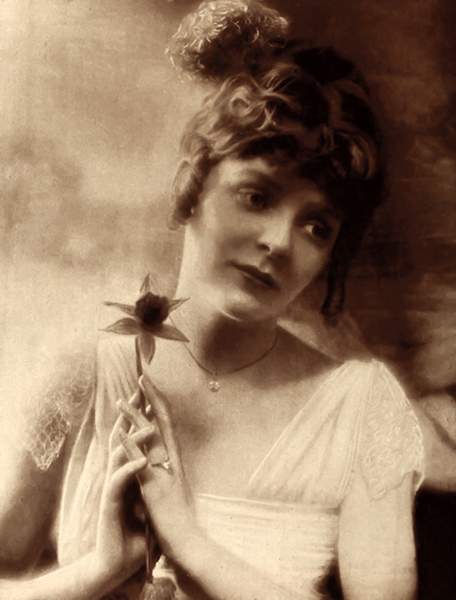 “Last autumn, I was in New York for a few days – my first trip East from the Lasky studios in more than a year. I walked along Broadway one evening, and up near 47th Street saw a big crowd going into a wonderful theatre. And there, over the door, I saw my name in bright electric lights. I stepped back to the curb and then crossed the street just to get a good look. I was alone. It was not the first time by any means that I had seen my name in electric lights and had watched people go into a motion picture theatre, but somehow the combination of Broadway, brilliant illumination, beautiful theatre and happy crowds, stirred me. I felt a sort of throb for a moment. Really, it was the first time that the whole thing had, as you might say, touched me.” — Blanche Sweet 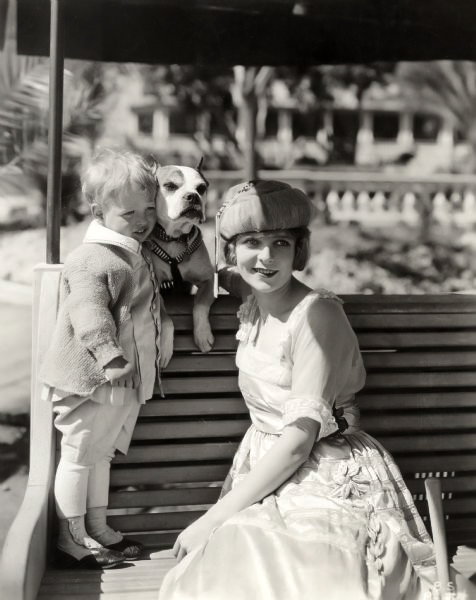 “I like company, friends and good times, just as much as any other young girl who is 19 years old and ridiculously healthy. Sometimes, I like to be myself and this night, I walked down the street a block to a little square, where there were benches. Park benches and Blanche Sweet are a good deal together. Just as it is a good thing once in a while to look at yourself in the mirror, and try to see yourself as others see you, it is also a good thing to sit down quietly and think of yourself as others think of you. One of the best ways of knowing where we are going in life is to review the road over which we have traveled in the past.” — Blanche Sweet 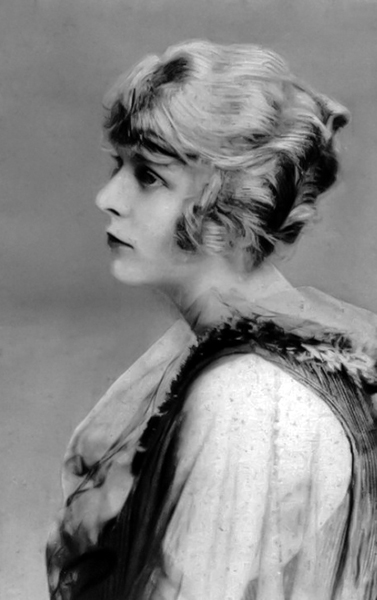 “No girl is happier in her work than I am right now with the Lasky Company. Cecil B. DeMille is one the greatest of directors. I never expect to go back to the stage again. I love the life of motion picture playing. And someday – well, you never can tell – I get proposals by every mail.” — Blanche Sweet 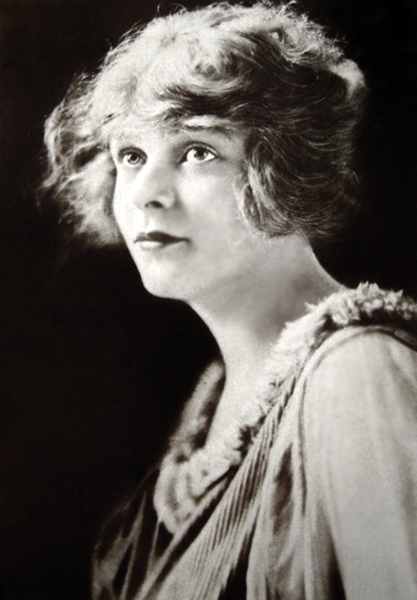 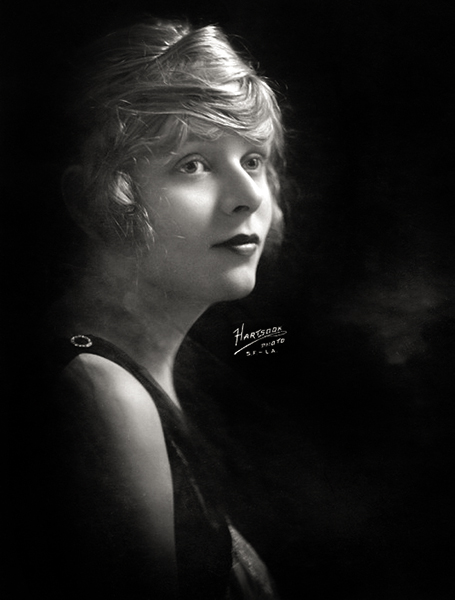 “Men have managed things pretty well so far – let them continue. I don’t think a woman has any business in politics, except in so far as any woman can influence her husband’s vote.” — Blanche Sweet 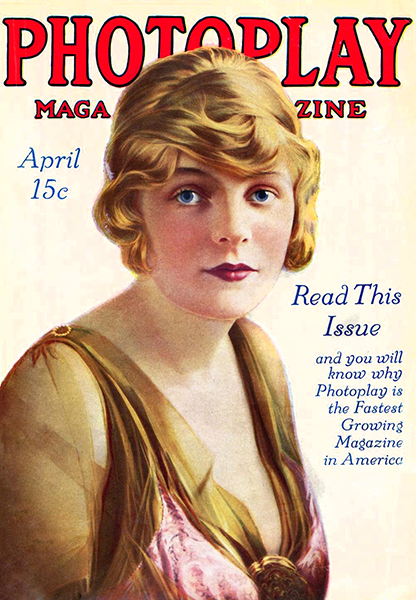 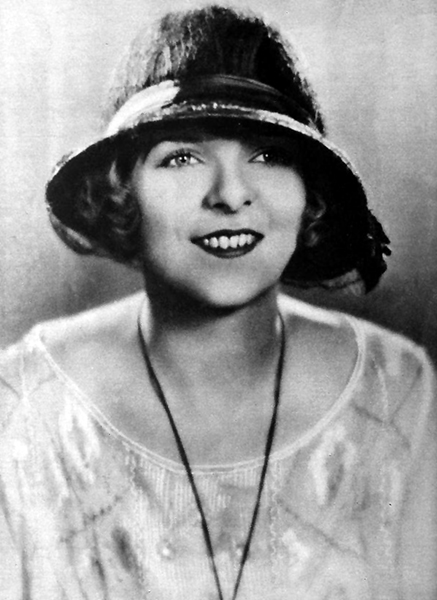 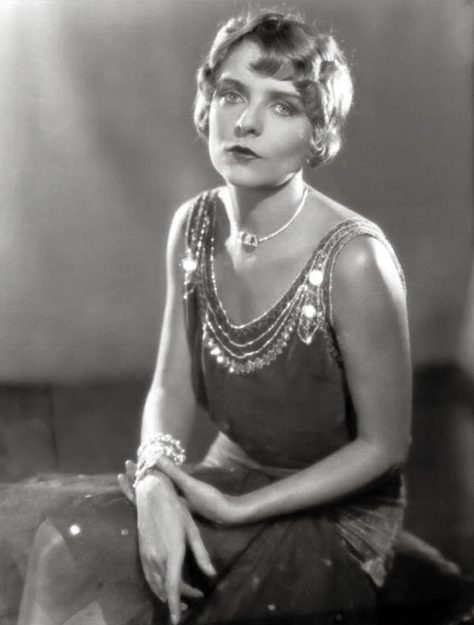 “I always talked my roles, even in a silent picture, but I find that I trained myself to put no personality into the voice. I did this because I wanted every bit of expression possible in the pantomime. I think, perhaps, many silent players did the same thing: they deliberately lifted all they could in the way of personality from the voice. Now we have to turn the tables and attain force and color in the voice.” — Blanche Sweet in 1929