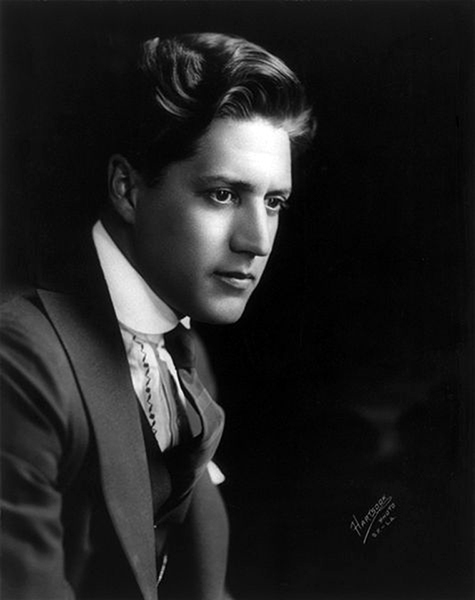 “Along about the time when I should have been starting off to college, I became exceedingly unpopular, need I say, undeservedly so! – with the head of the household.  Calling me to one side, my father said: ‘Here, Carl, is $100.  Use it to the best advantage.’  And when I said, ‘What is it for?” he replied, ‘For carfare.’ just like that.  ‘Where to?’ said I.  ‘Anywhere,’ said he.  It took no great amount of perspicacity to gather his meaning, so I found that $100 would take me as far as Texas.  After that I did a lot of things and then went on the stage.” – Carlyle Blackwell 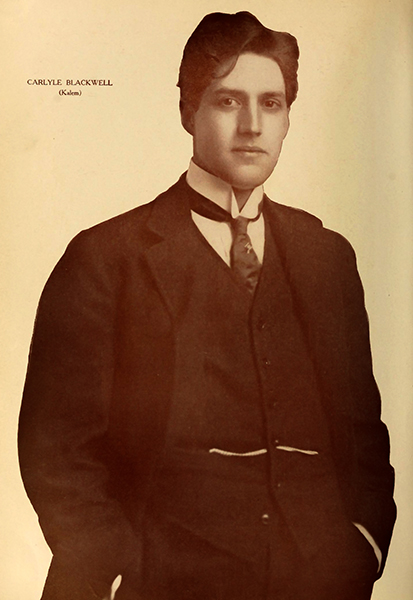 Blackwell (or his publicist) told a different version of how he got his start as an actor in Motion Picture Story Magazine in 1914. In that interview, he said:

“I first had the desire to be an actor at Cornell College, and at the age of nineteen I joined the Eilch Stock Company in Denver, a capital acting school, by the way. From there I went straight to the Keith and Proctor’s Stock Company in New York and remained with them for 52 weeks – an invaluable all-round experience.  Then followed a long period of dramas, light comedies and musical comedies in and out of New York…” 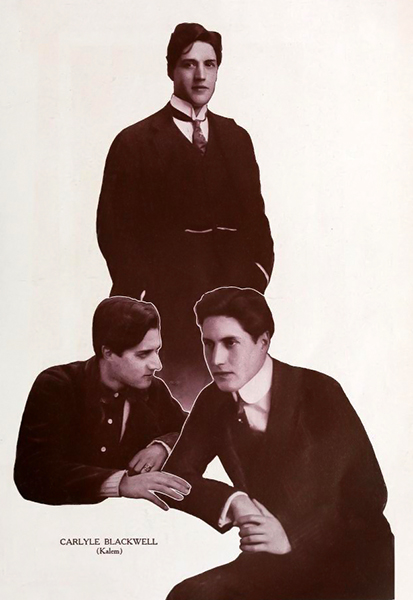 He then went on to say: “Well, then came an offer to go into pictures. I was very doubtful, but eventually went with the Vitagraph, with which company I remained for some eight months. Yes, I was quite successful and I left the Vitagraph and joined the Kalem Company. I have been with them for three years now and played leads all the time.” 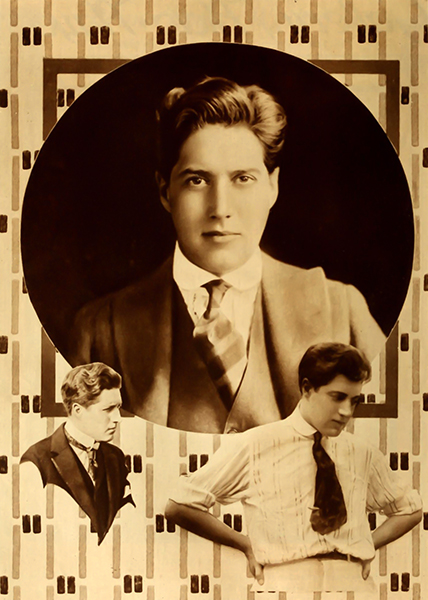 He entered motion picture work in 1910. By 1912, he was already giving celebrity interviews, such as the following:

“I do not believe the present dearth of patronage in the regular theater is to be attributed to the picture houses as much as to the faults of the present methods in the so-called legitimate houses. This is simply a cursory remark, and as such must remain, as discussion would be quite out of place. I make a point of seeing all the reputable productions possible, as the means of study afforded is great. This occupies a number of evenings. The rest of my time is devoted to reading, and dancing – fancy dancing. Hobby? Well, my particular hobby is driving my car. And as Southern California has many miles of unequaled roads and scenery, the pleasure derived is inestimable. It is 18 months since I relinquished my association with the Vitagraph Company and came to California with the Kalem Company. In that time, I have driven my car some 7,000 odd miles. Any spare time remaining is spent in the garden around my little bungalow, and my proudest moments come when handing some visiting thespian of my acquaintance a rose or maybe a luscious orange, that my efforts have been given to.” — Carlyle Blackwell in 1912 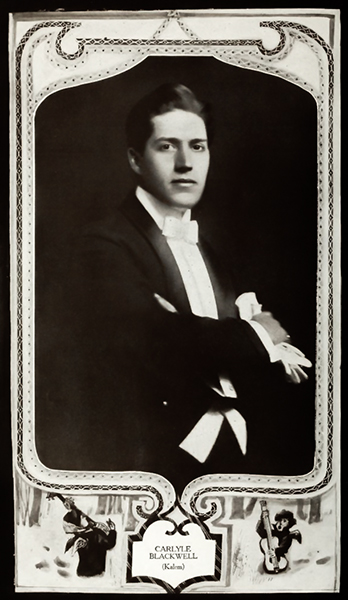 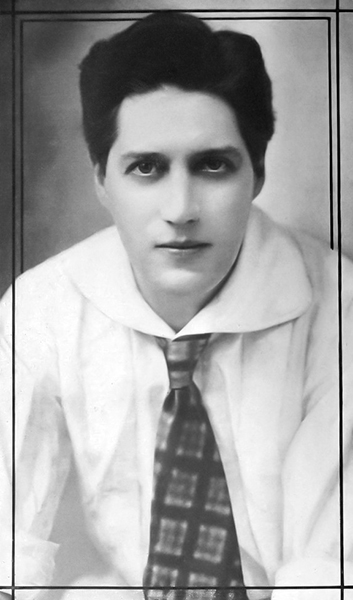 “If there is anything in the world I dislike, it is to be interviewed. I would rather have others talk about me, if they want to, than to talk about myself.” — Carlyle Blackwell 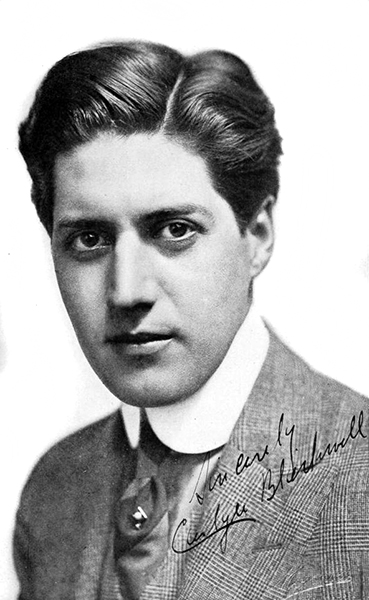 “I am going to devote myself to society dramas and light comedies principally. I am very fond of both. It is my intention to get the best stories obtainable and try and live up to the high ideals I have set as my standard. I have pleasant surroundings and a loyal company, so we ought to be able to accomplish something good.” — Carlyle Blackwell in 1914. 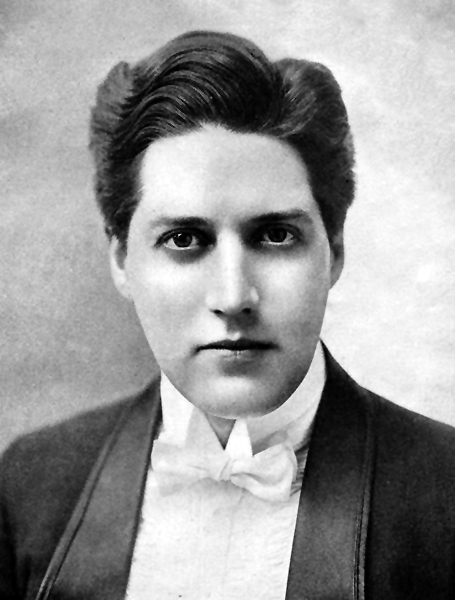 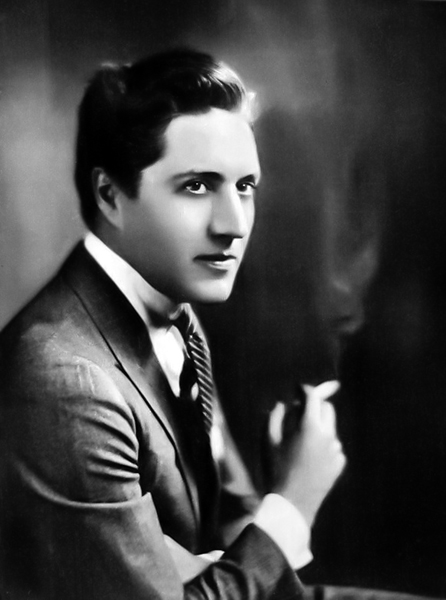 The shattering of another romance, begun when both of the principals were struggling thespians of the film lots of more than a decade ago, was revealed yesterday when Ruth Hartman Blackwell petitioned for a divorce from Carlyle Blackwell, on the ground of desertion.

The complaint asserts that the screen idol of photoplay patrons, who are now sedate spinsters or matrons, deserted her in New York City in 1916.

In 1908 Ruth Hartman, pulchritudinous aspirant for screen honors on the New York Vitagraph lot, met Carlyle Blackwell, not yet famous for his flowing ebon locks and gallant, dashing manner as a film hero, according to Archibald S. Goldflam, Mrs. Blackwell’s attorney. 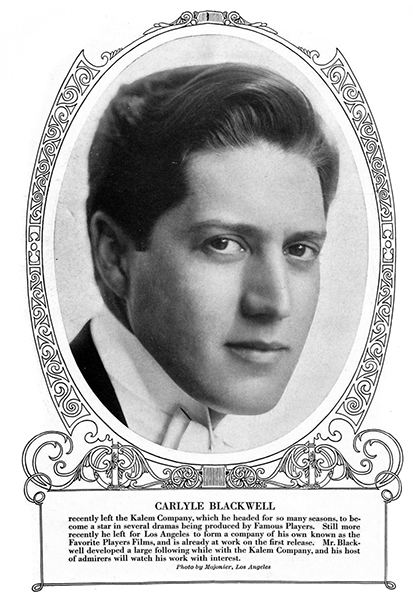 The following year Miss Hartman put aside her quest for fame and fortune as a star of the silver screen and assumed the anonymity of “Carlyle Blackwell‘s wife.”

To Mrs. Blackwell came children; to Blackwell, fame and fortune as one of the first wavy-pompadoured screen heroes to cause flutterings in debutante hearts of the prewar period in motion pictures.

Came the war and prosperity for the Blackwells. In 1914 they came West and at the Lasky studio, here, Blackwell worked in his first picture beyond the realm of Vitagraph. In 1916 the Blackwells returned to New York and shortly afterwards, Mrs. Blackwell asserts, her husband deserted her.

No co-respondent is named in Mrs. Blackwell’s complaint. Her attorney states that her husband has contributed to the support of his wife and their children during the six years they have maintained separate establishments. Mrs. Blackwell living here the majority of the time. Blackwell is now in New York, where he has made his headquarters for the past few years, it is said.

Mrs. Blackwell asks alimony of $250 a month, but it is asserted that an extra legal property settlement has been made by her husband. 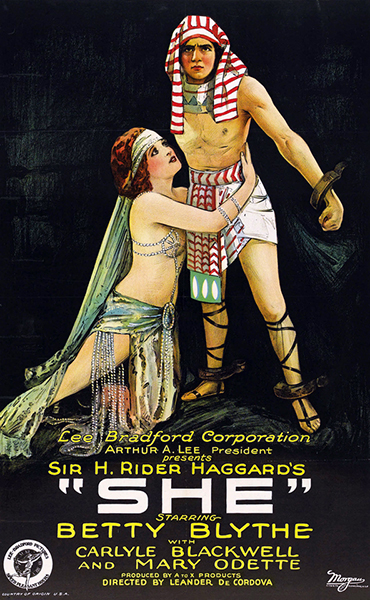