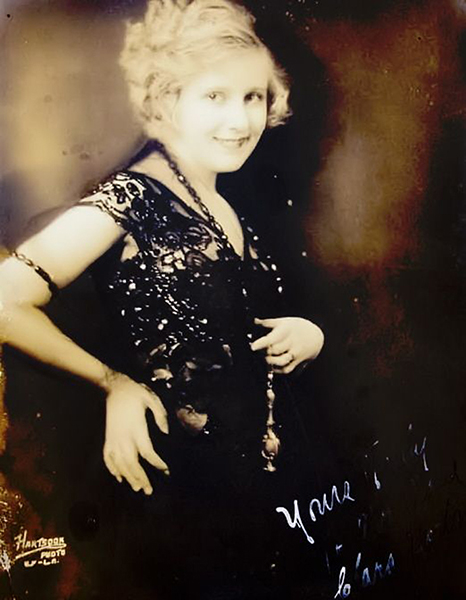 Clara Horton (1904-1976) was born in Brooklyn. Her father died while Clara was very young. Her mother’s name was Gertrude May Wilcox from Detroit. Gertrude was an aspiring musician, having graduated from the New England Conservatory of Music in Boston. However, Gertrude gave up her musical aspirations shortly before Clara was born.

Horton first appeared on the stage at the age of four in a production of “Jack & the Beanstalk,” followed by a staged adaptation of “Cinderella.” 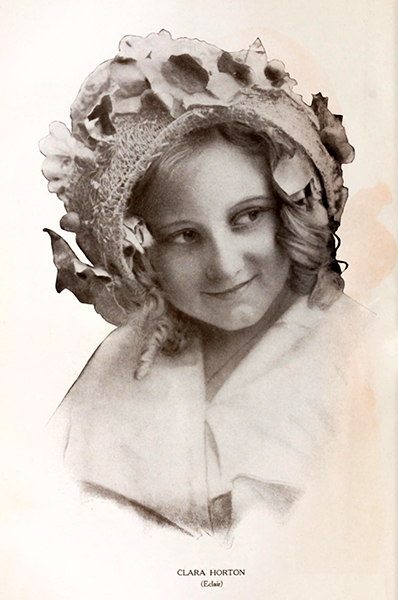 She broke into motion pictures with Eclair American when she was eight-years-old by playing a boy in Because of Bobbie (1912). After working steadily in a number of short films on both the East and West Coasts, Horton became a child star known as “The Eclair Kid.”  In 1915, she left Eclair Studio to play supporting roles for other small production companies. 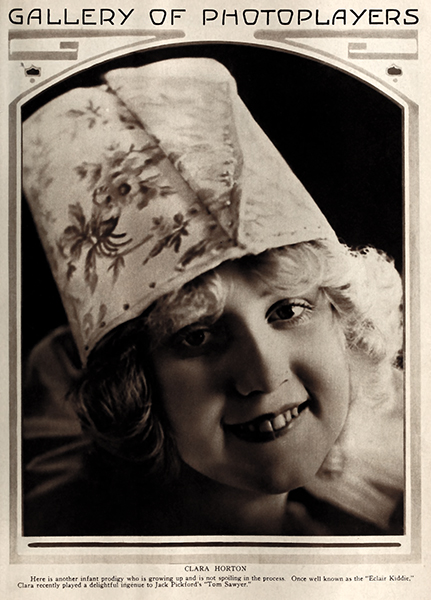 Though still a minor, Clara Horton became an ingenue in 1919 after gaining favorable notices for the film Tom Sawyer. Following her promotion, the studio groomed her to look older.

Horton‘s career took a mystery turn in 1922 when she made a brief appearance in only one film. Her studio, it seems, had dropped her. The press later reported that Horton moved to New York City to make a film (which was never made) and to appear in a play.

In 1923 and 1924, Horton mostly acted in short films. When she attempted a Hollywood comeback in 1925 after a “two-year absence,” newspapers claimed that she had given up her career for marriage, but that she was now back in Los Angeles to reinvent herself.

Horton briefly reclaimed her stardom. However, in 1927, she again disappeared from the screen after working in a “B” western. Apparently, she had married to Hyman B. Brand and had a son, Donald, in 1928. According to the 1930 U.S. census, she lived with her family (and mother) in Beverly Hills.

In the 1930s, Horton worked as Joan Blondell’s stand-in. Occasionally, she was cast in small roles for $10-$15 a day at Warner Bros. and Paramount.

By 1940, Clara Horton was divorced and living with her mother in Glendale. The 1940 census claimed that she was still a “stock company leading lady,” and that her age was 32 years old, although she was really 36. However, Horton‘s leading lady status was long gone. At that time, she worked as an extra until sometime after 1942.

Clara Horton died in obscurity on December 4, 1976. She now shares a grave marker at the Rose Hills Memorial Park Cemetery with Edwin H. Laufer, who died in 1983.