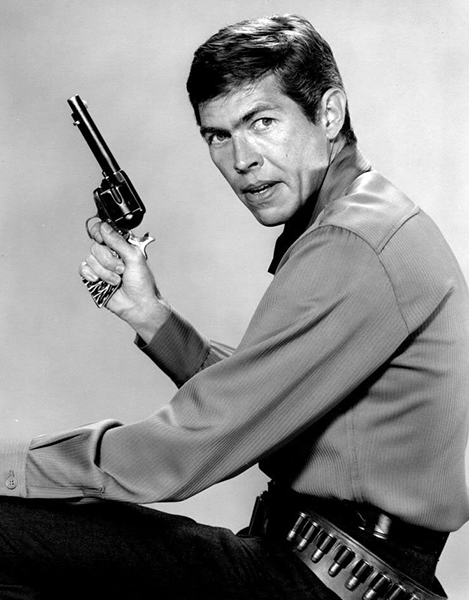 “When I made my first movie, somebody called me a young Gary Cooper. That was just plain ridiculous. Just as ridiculous as calling David Janssen a young Clark Gable or Carolyn Jones a young Bette Davis. Fans resent this – and I don’t blame them.” – James Coburn

“I always swore I wouldn’t get hooked on material possessions. But hell, why not enjoy it?” –James Coburn in 1965. 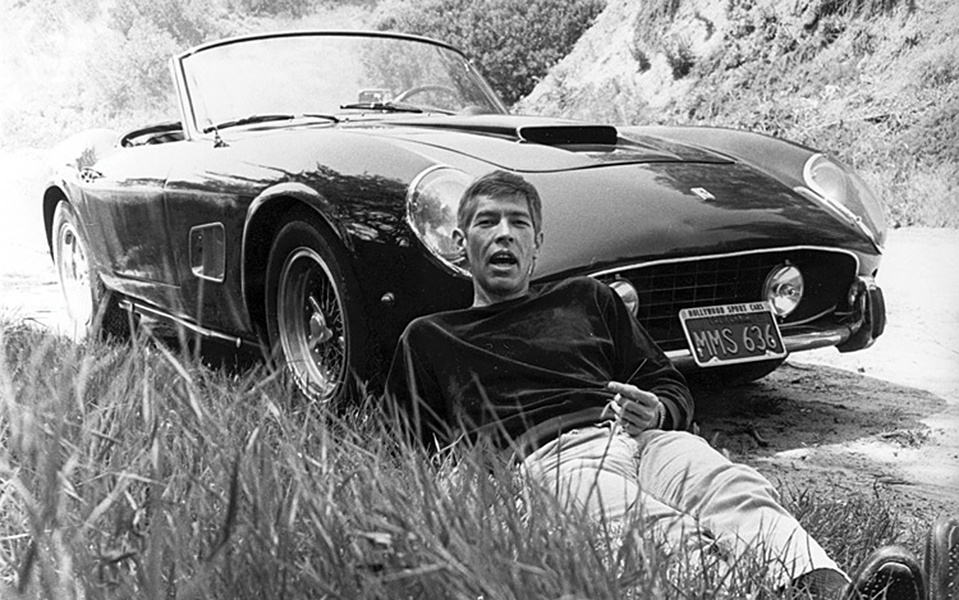 “Actors are boring when they’re not working. It’s a natural condition because they don’t have anything to do. They just lay around and that’s why so many of them get drunk. They really get to be boring people. My wife will attest to that.” – James Coburn 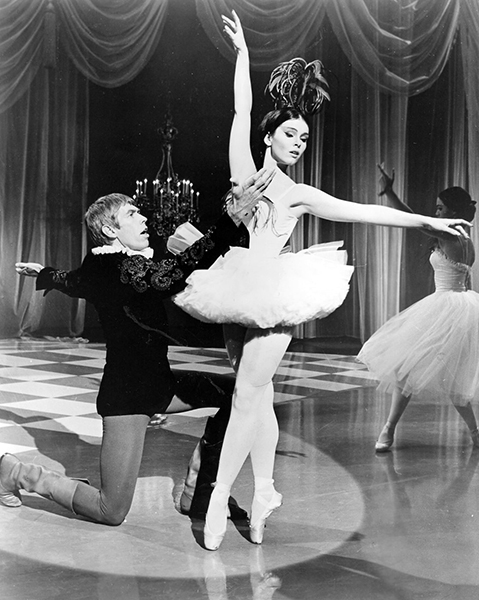 “I’ve always been interested in the esoteric side of things. I meditate. I do yoga. I try to find balance between the sublime and the ridiculous.” — James Coburn
Source: Nancy Mills (2000)
Photo: In Like Flint (1967). With Yvonne Craig. 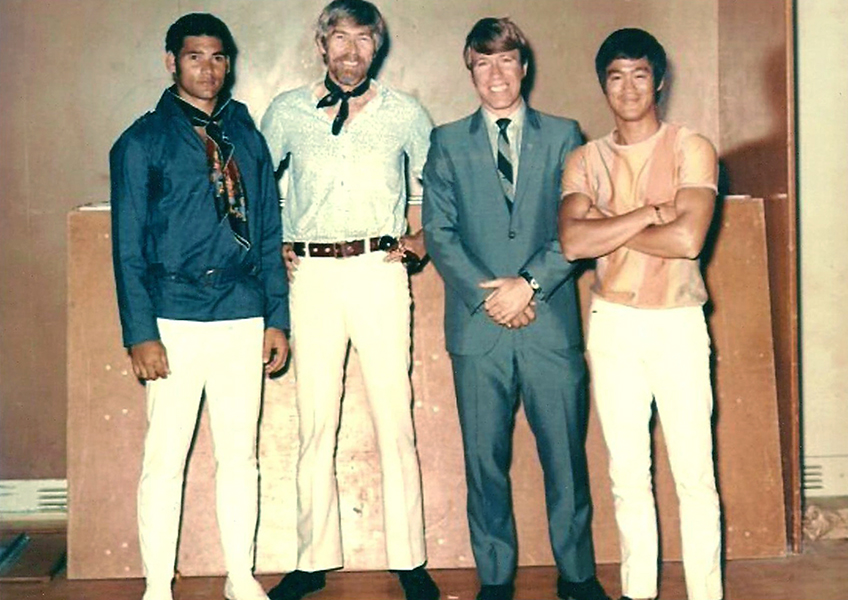 “Bruce was a true martial artist, created himself, from a little roustabout guy running around the streets of Hong Kong, into this magnificent fighting machine. He truly was an artist. His art had no defensive movements. It was all attack. He was so fast, you couldn’t touch him. He was so fast, he had to slow down for the camera, because it couldn’t catch him! It would look like he hadn’t done anything. (laughs) We wrote a script together called The Silent Flute, with Sterling Silliphant. We all went to India. Every time we went someplace, Bruce had this pad that he’d hold in one hand and punch with the other! It drove me nuts! (laughs) I said ‘Bruce, will you cut it out, man?! You’re shaking the whole airplane!’ He said ‘But it make my knuckles hard!’ ‘I know, but it’s pissing me off!’ (laughs)” — James Coburn
Source: Alex Simon 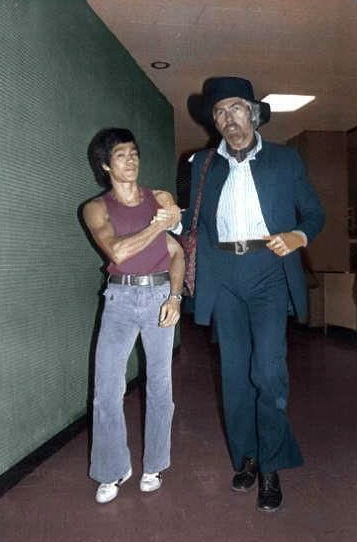 “Everything he did was related to his art. But he had a great sense of humor, or he did until he went to Hong Kong. He came back from Hong Kong one time, and he was always very outspoken about martial arts. ‘This martial arts in Hong Kong is bullshit,’ he said, because there was no bodily contact. ‘Judo good. Ju-jitsu good. Aikido, best. But this other stuff, no good.’ So we’d go to these tournaments and he’d spout off…he was back in Hong Kong, and was invited to this tournament that was televised, as an observer. He was famous, and controversial, as being an outspoken martial artist. So they were breaking boards and ice with their heads…Bruce said ‘That’s not martial arts.’ So they said ‘Why don’t you show us your idea of martial arts…’ So they taped up three thick pine boards. So he held it out and side kicked it, and everything went flying into the air, knocked one of the light bulbs out way up. Sparks came flying down…it was one of those great, dynamic moments! And the next day, the papers were filled with this! From that, both Run Run Shaw and Raymond Chow, who were big film producers there, made him offers to do films there.” — James Coburn 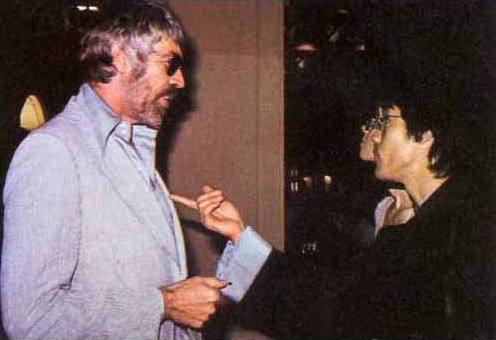 “So he came back and we were having dim sum at the Golden Door down in Chinatown, and he’s telling me all this. He said ‘They want me to do this TV series at Warner Brothers called Kung-Fu. But I’m also getting these offers in Hong Kong. What should I do?’ So I thought about it for a minute, because he really wasn’t a good actor. But he had great dynamic presence and had this macho attitude that he could play really well…but that would be very tiresome watching for an hour on television. Plus he spoke with a very heavy Chinese accent. So I said ‘Go back to Hong Kong and make southeast Asian movies. You’ll be huge star.’ ‘But I want to work here.’ I said ‘You want to be a movie star, right? It’s what you’ve always wanted.’ He thought for a minute and said ‘I want to make more money than Steve McQueen.’ (laughs) ” — James Coburn

“So he went to southeast Asia, David Carradine did Kung-Fu in slow motion, Bruce became a huge movie star and made more money than Steve McQueen. Strange story…Anyway, then I get a call one morning from Sterling Silliphant saying ‘Bruce is dead.’ I didn’t believe him, but I learned that a couple months before he’d come home and passed out in between really these really intense workouts that he was doing. And this girl that he was with couldn’t wake him up. He went to all of these doctors who told him ‘Your body’s perfect, you’re just over-worked.’ He went back and within six weeks he was dead of an edema of the brain. And that was that…” — James Coburn 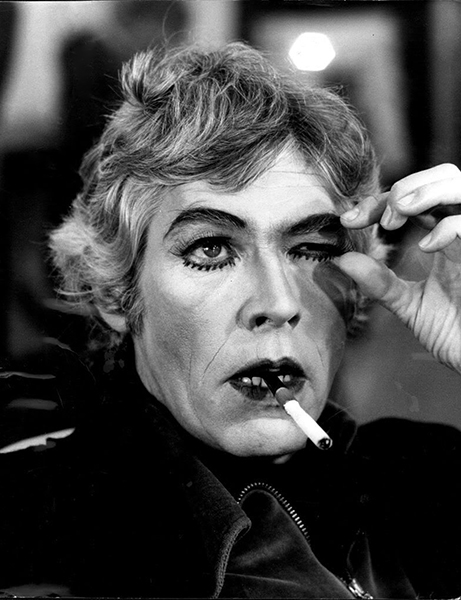 “Taking in and blowing out smoke? And now you see girls smoking cigars. It got to be such a fad. Girls on the covers of magazines, smoking cigars. Give me a break. I didn’t want to be a part of that. I don’t like ‘popular.'” — James Coburn

“To see all these superhuman guys making films, it’s absurd. There’s no conflict. The conflict is all mechanical – blooom! – big guns and who’s the best shot. People shoot at them and nobody gets hurt.” — James Coburn 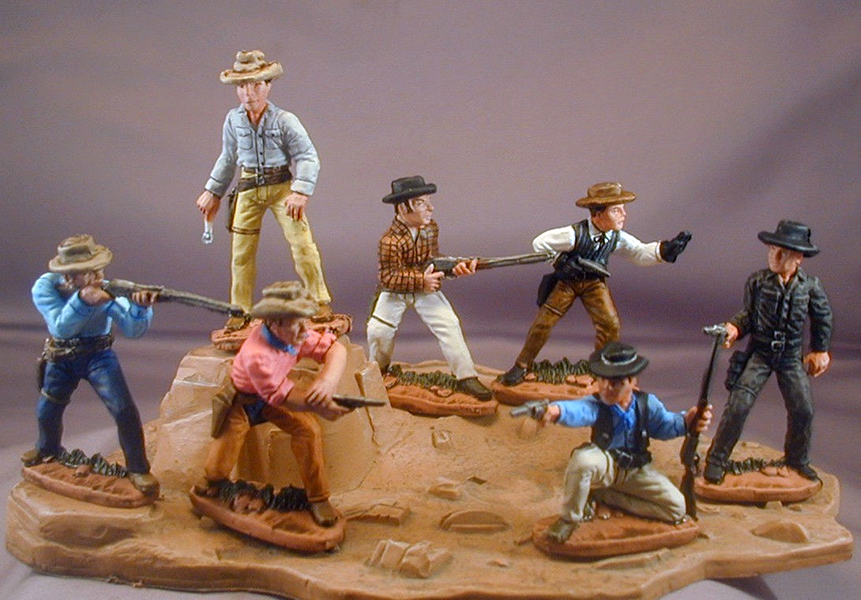