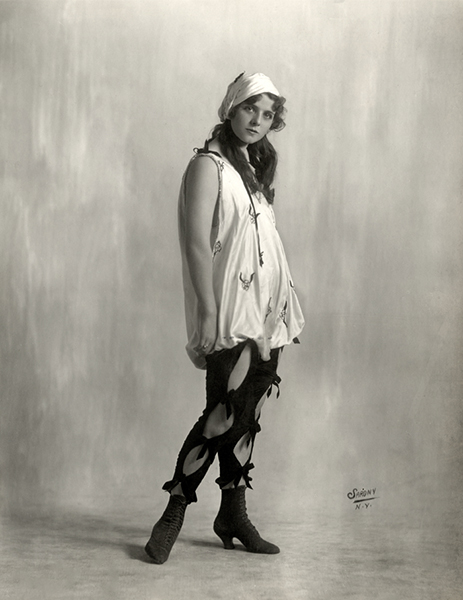 “I hate my pictures. What’s the use of pretending I like my pictures when I don’t. When they show me one of my pictures up at the Selznick projection room I can’t get a person to sit with me. I pan myself so hard they refuse to listen. I think I’m awful.” — Olive Thomas 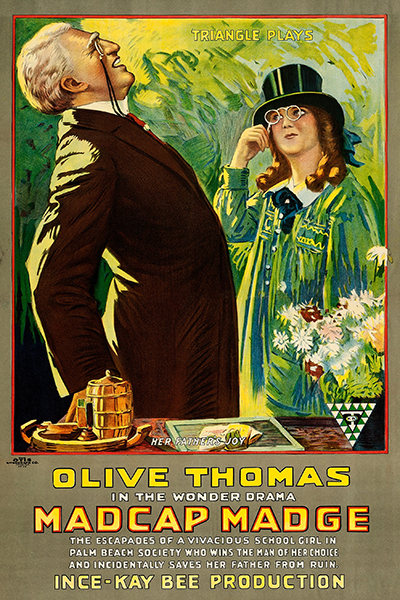 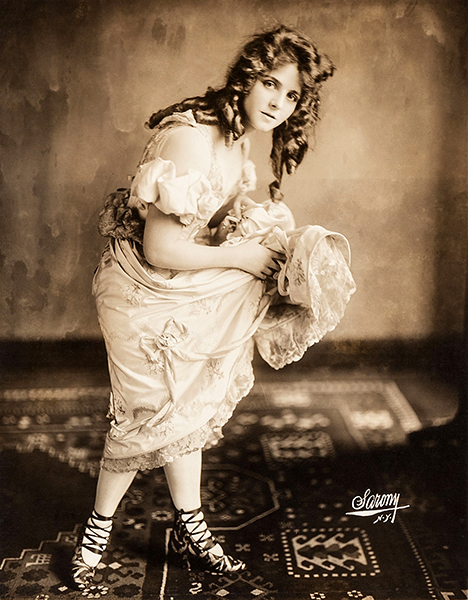 “Perhaps it’s the plebeian strain in my blood, only it’s more than a strain. So far as I have ever been able to learn, I’m the first on either side of the family to delve into the mysteries of the footlights. All my ancestors were accustomed to working by sunlight and doing their sleeping at night, so perhaps that is one reason why this life appeals to me so strongly.” — Olive Thomas 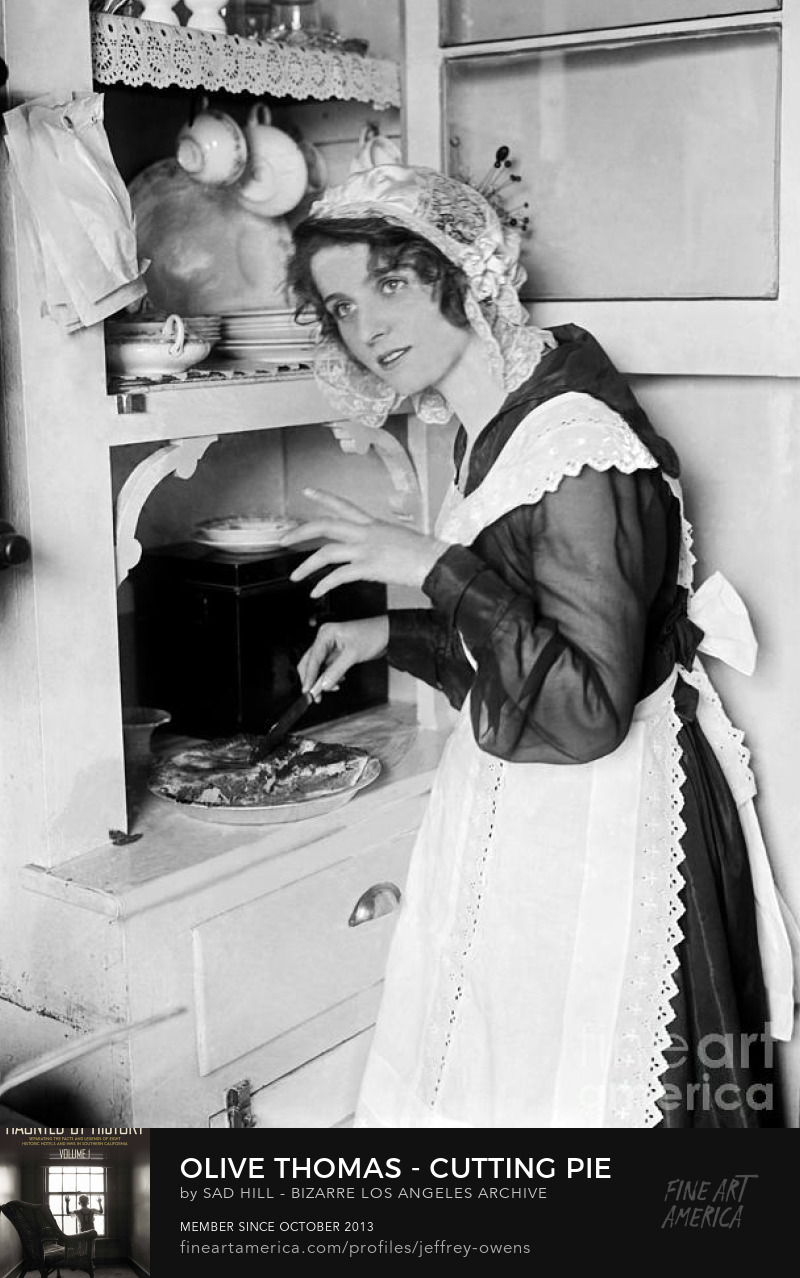 “You know, I’d rather eat Boston beans and butter cakes in Childs than the most expensive mess the French chef can dope out in Broadway’s most expensive lobster palace.” — Olive Thomas 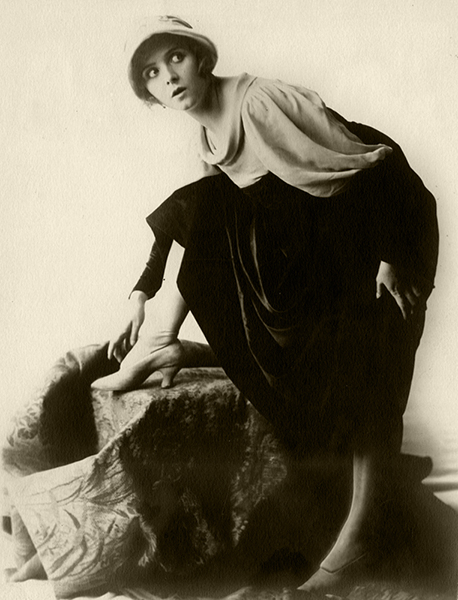 “Life’s too short and fate too funny to get upstage. Today, they are showering us with roses on Broadway, and tomorrow some fool director who used to be a waiter may be rejecting us as atmosphere in a five-reel five-cent feature. And you might also say that my real name is Olive Duffy, than which there is no better Irish name.” — Olive Thomas 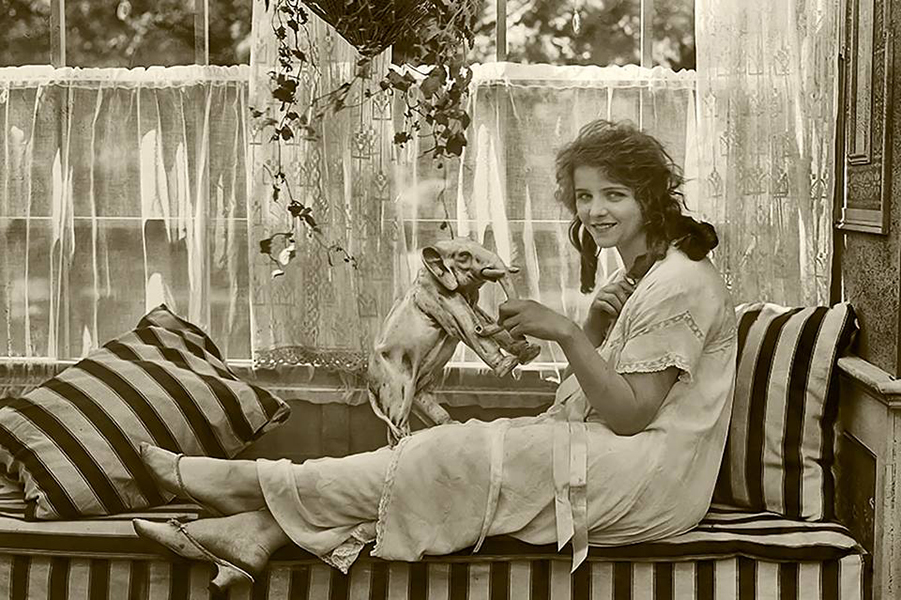 “I was sure I was a failure, but I know now that almost everybody feels that way about their first appearance on the screen. The finished picture is not half so pretty and wonderful as you expect it to be.” — Olive Thomas in 1920.

Photo: a promo still for the movie serial Beatrice Fairfax (1916) 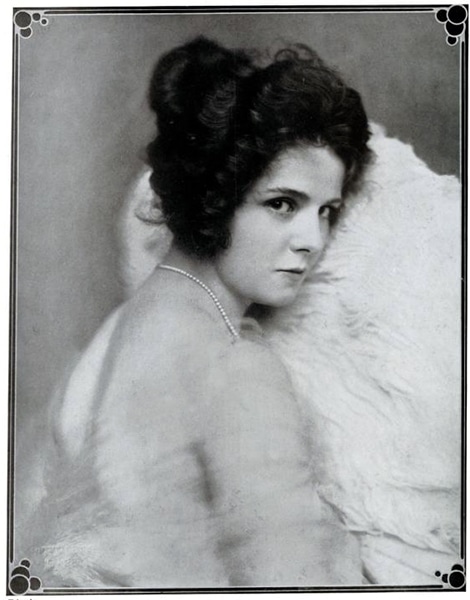 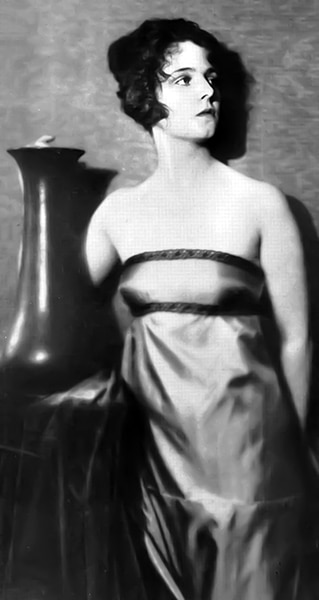 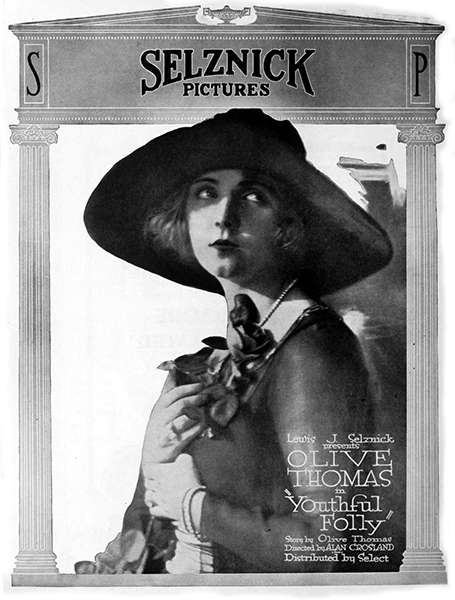 “You know, youth is one of the things that never loses its attraction for everybody. That is why Mr. Selznick and I have decided upon a certain line of youthful heroines for me in my coming pictures.” — Olive Thomas 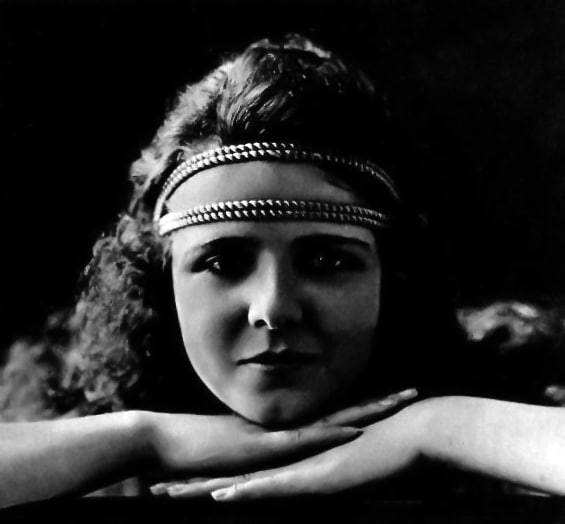 Thomas died a bizarre death in 1920. She had married Jack Pickford, Mary Pickford‘s kid brother. While they were vacationing in Paris, she drank mercury bichloride liquid solution, which killed her. Rumors soon spread that she had committed suicide. However, authorities concluded that she died from accidental poisoning. 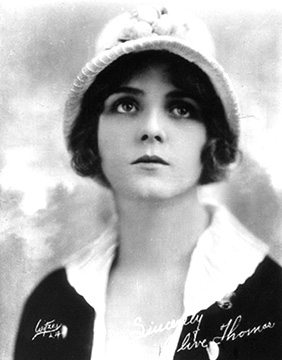 Why did she drink mercury bichloride? Apparently, Jack had syphilis, and he used the solution for treating topical sores. Because the prescription label was in French, party girl Thomas might have thought it was liquor.

Some historians credit her death as the first major scandal to tarnish Hollywood’s reputation. After her death, the Hollywood film colony held a special memorial in Los Angeles. Any guesses as to who led the memorial? William Desmond Taylor would become the subject of a bigger Hollywood scandal after his own murder in 1922. 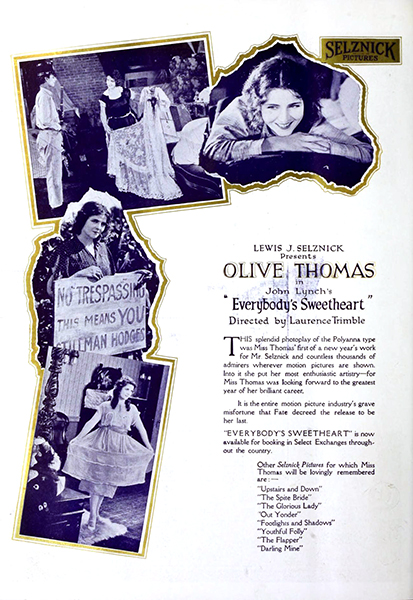 Everybody’s Sweetheart (1920). Released after her death.

One thought on “Olive Thomas – photos and quotes”