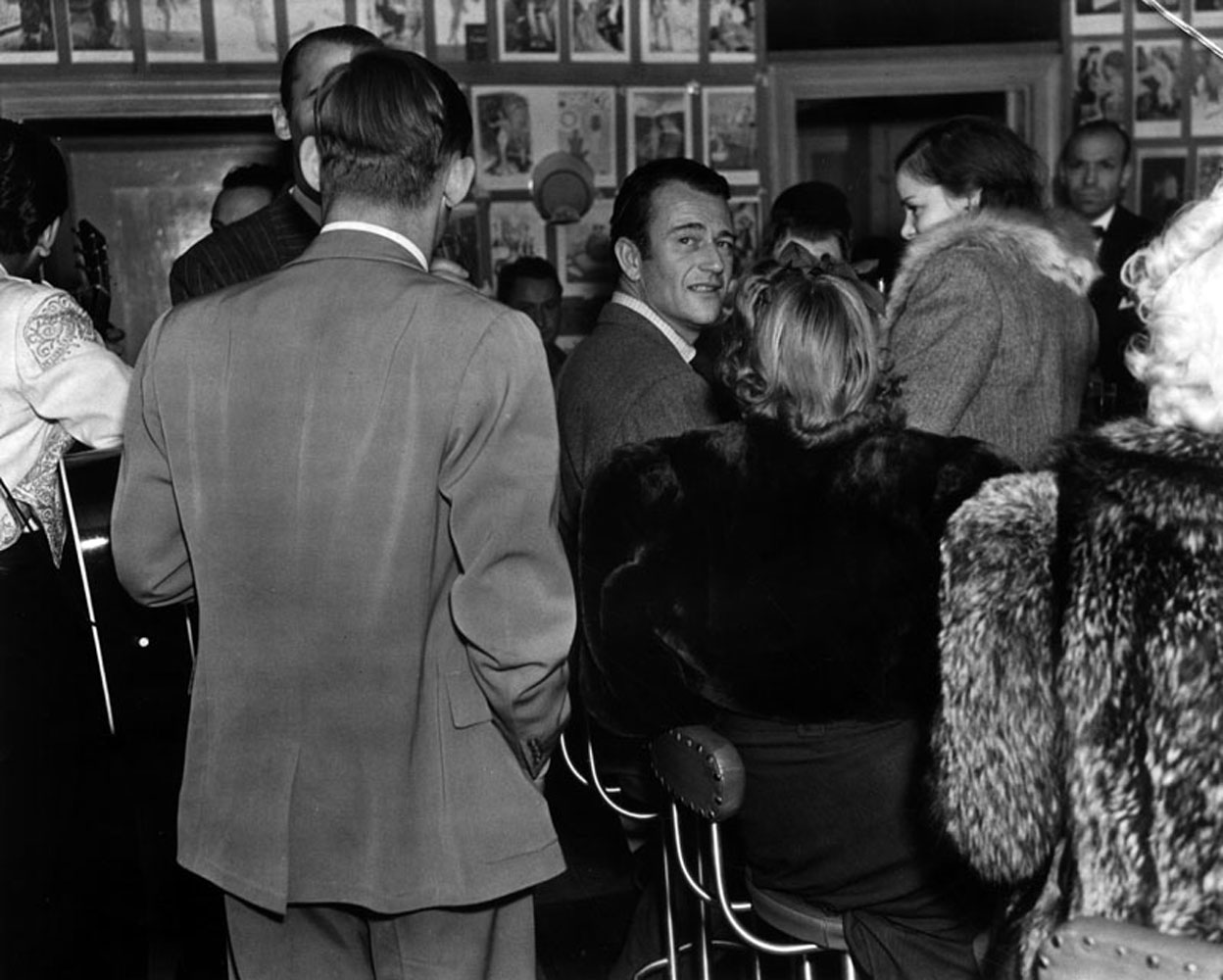 On November 27, 1941, a Los Angeles police raid disrupted illegal drinking at the Club U’Gene (9131 Sunset Blvd.), the Cafe Society (8804 Sunset Blvd.), and Club Marcell (8730 Sunset Blvd) in the wee hours of the morning.  John Wayne was at the Club Marcell during the raid. However, customers weren’t the target. The police were after the nightclub owners and employees.

According to the Los Angeles Times, “the dark shadow of the law…dampened the spirit of gayety [sic.] bubbling within the convivial near-dawn drinkers along the fabulous section of Sunset Blvd. known as the ‘county strip’ when Captain Ray Morris of the Sheriff’s vice detail and 20 deputies raided three asserted ‘bottle clubs’ and took 15 men into custody on warrants charging violation of the State liquor laws.

The Times also reported that “all [three clubs] were jam-packed with members of the motion picture colony. Hollywood cafe society and night-life characters.”

At the Club Marcell, police used a battering ram to crash through the front door. Afterwards, vice deputies, newspapermen and photographers crowded inside the room. Apparently, one of the female customers “swayed away from the bar to attack deputies and newspapermen with clawing fingers and well-aimed high kicks, displaying a shocking lack of ladylike manners and underwear.”

Back then, the laws maintained that patrons could drink hard alcohol if they brought their own bottle. However, Club Marcell sold alcohol to undercover cops, which was a no-no.