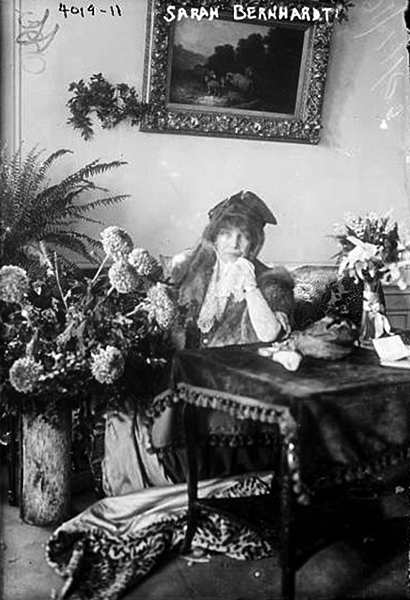 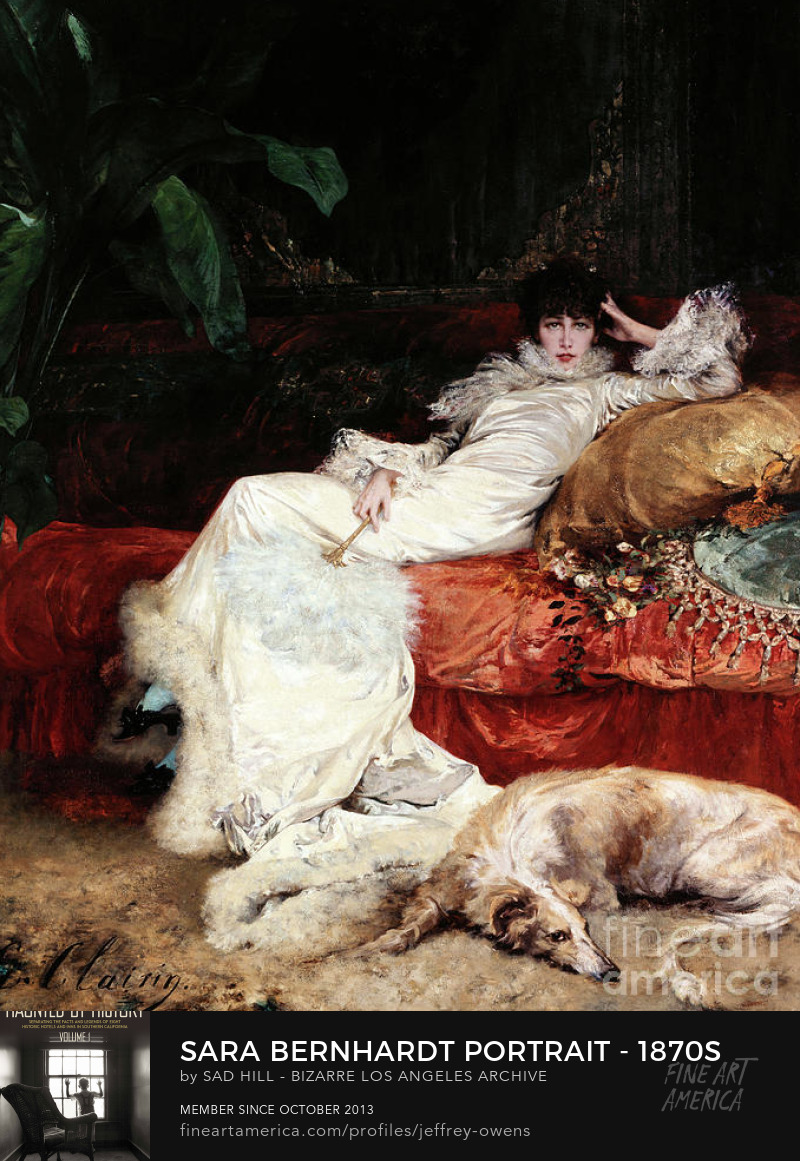 According to the Los Angeles Times on April 20th, 1911, one of the rooms of her suite was a “mass of flowers.”

“She surrounds herself with mystery, with silken draperies, with mirrors. There is in the flame of her glance that which hypnotizes. Or is it the hypnotism of her fame? One does not know. But when she behaves like a child, and won’t have her picture taken, and runs laughing capriciously to the corner and turns her back, you believe she’s a child. And when she’s a tender, cooing woman, and kisses you on the ear, you believe she’s that; and when she’s a tigress, throwing the photographers out, you know she’s that, too.”

When asked if American audiences inspired her differently from her French audiences, Bernhardt replied, “Yes; more so, but in a different way. We are so critical. And you – you are so young! One does not see the person’s blase, ennui, that we have. You inspire me, yes. I feel younger in America than anywhere. Your air is refreshing, and you have ze big-g-g stretches of country wizout people breathing the air all up. And you all have belief in everything. It is not so – alas! – wiz us!” 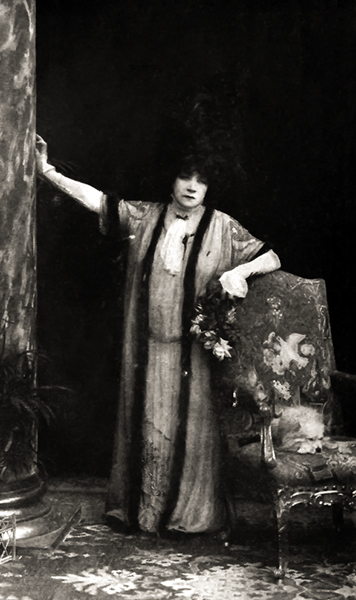 “The eye is the mirror of the brain, and the cinema has given to eye-play an infinitely greater scope, power, and importance. A true artist needs no audience to assist her art.” — Sarah Bernhardt 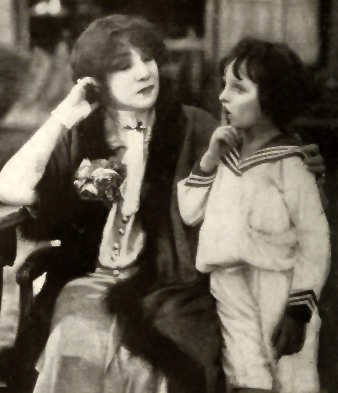 “This is the first acting she has done since the operation that brought her to death’s door last summer, and while she appears a trifle older in the pictures perhaps than on her last visit here, it is surprising that she does not look aged, considering the severe pain she suffered while enacting the role of Jeanne Doré. The thing that surprised us most was that a woman of her advanced age – she was seventy-one recently – should evidence such vitality and energy. She was always in a happy frame of mind, and she seemed to enjoy her work in this picture as much as she did in the original production.” — Carl Laemmle 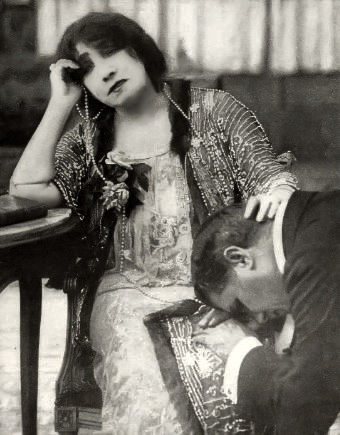 “Another feature about Moving Pictures which strikes me favorably is that once a scene has been acted and taken, repetition is unnecessary. After having repeated performances many hundreds of times I find the variety and change of the Moving Picture acting an excellent mental stimulant.” — Sarah Bernhardt 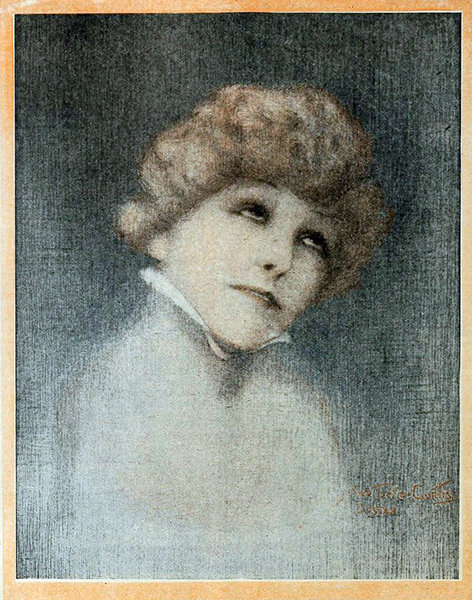