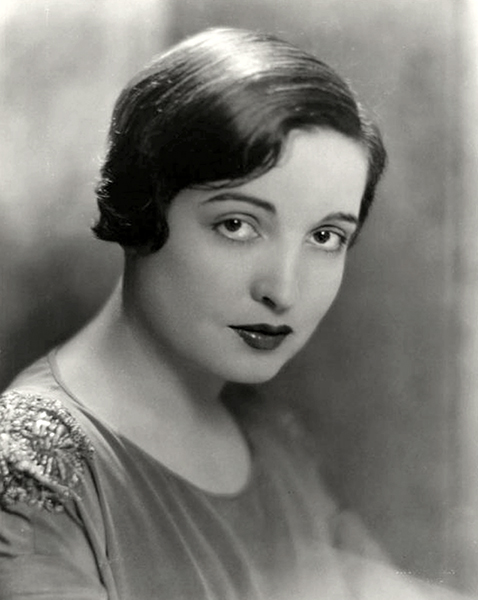 “One may deceive an audience through capital make-up, but the moving picture camera knows no deception. Late hours and intemperate habits soon leave traces which no make-up can efface in the pictures. The work is very arduous and I have only been able to meet the requirements by following the old adage, ‘Early to bed and early to rise.’” – Alice Joyce 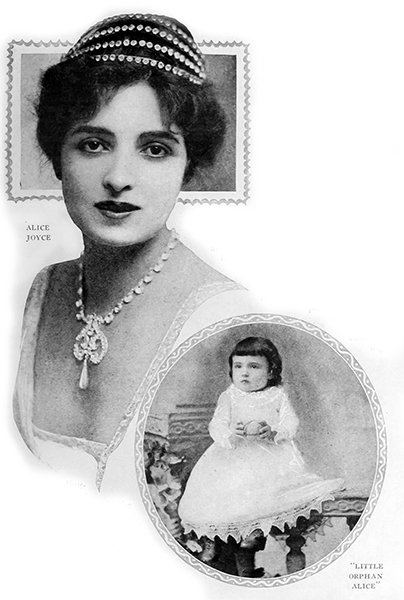 Miss Joyce was born in Kansas City, MO., and her beauty was first exploited as “The Kalem Girl” in the days before screen star names were featured. Upon her arrival to New York, Miss Joyce was an artist’s model and her first screen role was played in a one-reel picture called “The Engineer’s Sweetheart.” — Detroit Free Press (1929) 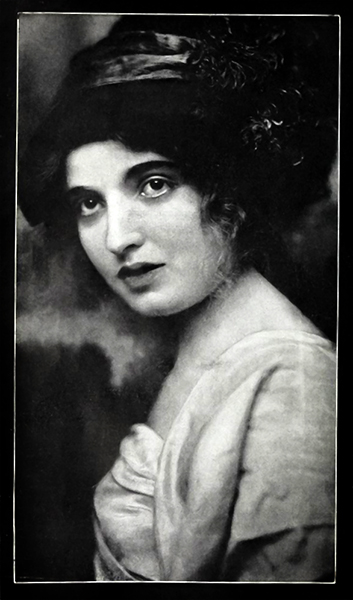 “I’ve never been on the stage so I can’t say whether I like it better than the pictures, but it would have to be wonderful to make me like it better.” — Alice Joyce 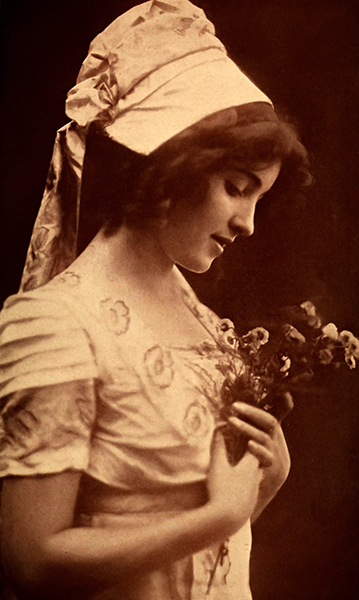 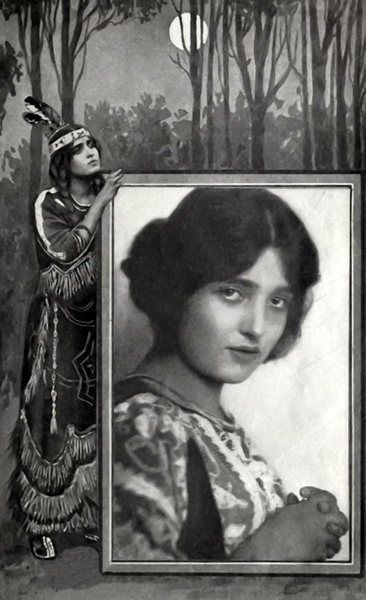 “I’m not a great actress. I realize all that. I’m at my best in simple direct roles – roles that avoid over-emotionalism. I believe that’s the serious fault of screen acting. Either one over-acts or under-acts, according to the director’s or one’s own lack of discrimination – or both.” — Alice Joyce 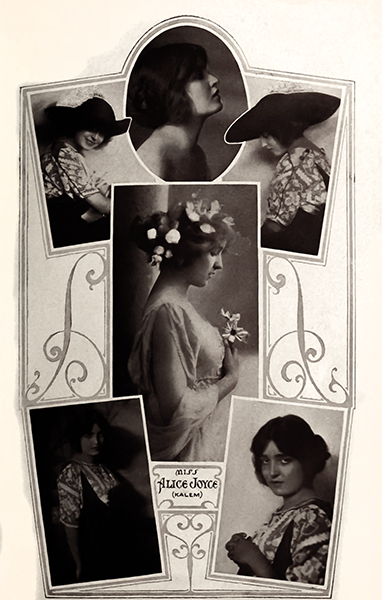 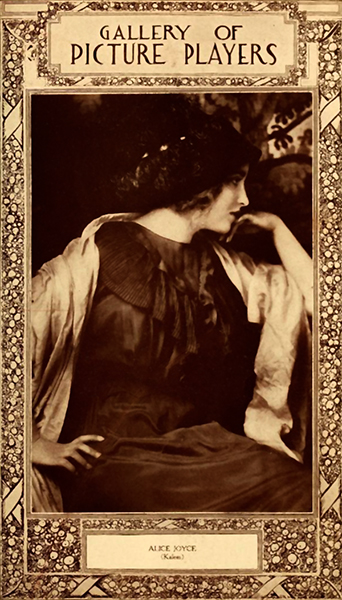 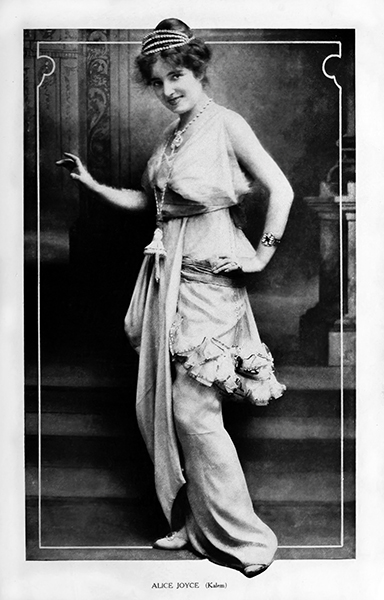 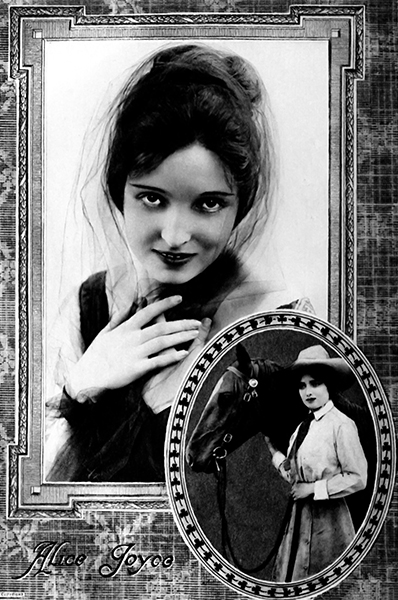 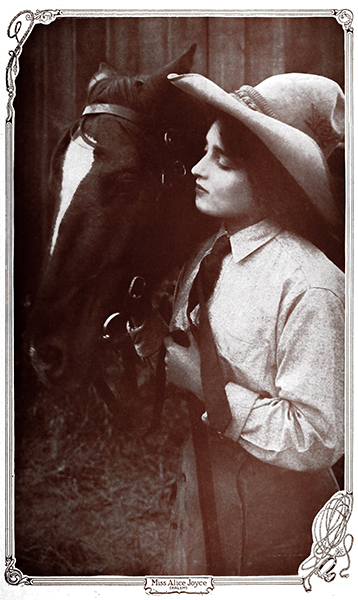 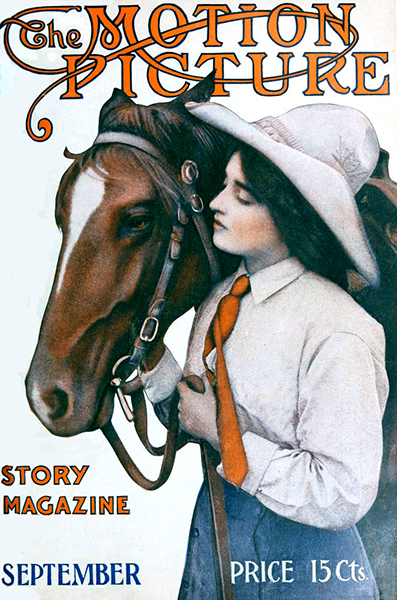 Making the cover of The Motion Picture Story Magazine, September 1913. 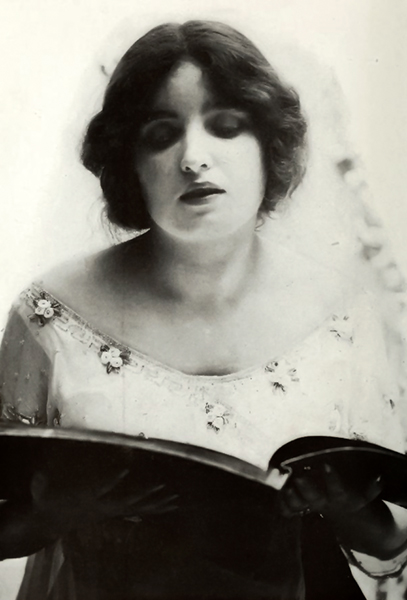 “In my extensive invasion of the social sphere – the so-called smart life – I formed a habit of observing the manner and acts of girls and young women, and I was always able to discern a certain amount of the artificial in most everything they said or did. This sort of emptiness palled on me, because I was always bothered by the persistency in seeing through the thin veneer of gaiety which tends to obscure the serious part of it. Of course, it would be very wrong and misleading for me to picture myself as a goody-goody who holds up her hands in holy horror at the very pastimes she once rejoiced in, because this is not my case. I might offset such a false impression by declaring a conviction of mine, namely, that I think it does one a great deal of good to experience the social and gay life for a time, as it surely does broaden a person’s mind perceptibly and most beneficially. Just the same, I for my part, do not want too much of such broadening. I delight in the other side of life – the tranquil, domestic side. It is the sincerity and joy of pleasant responsibility that makes home life wholesome and truly delectable. The total lack of these things in society makes it all so futile to me.” — Alice Joyce 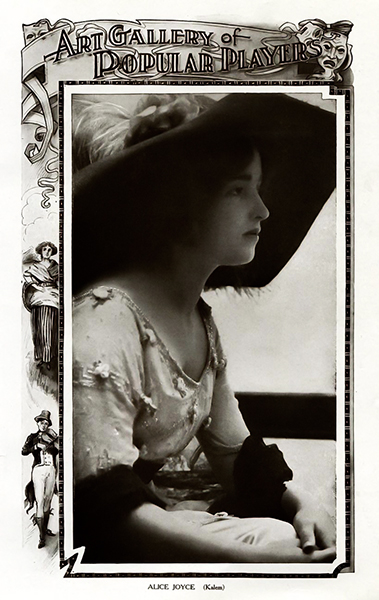 “I could never be dependent. Never – I believe every woman should have some work in life. I feel that I must earn my pocket money. I could never see a gown in a Fifth Avenue shop window and then hurry home to ask the lord of the manor for the wherewithal to buy it.” — Alice Joyce 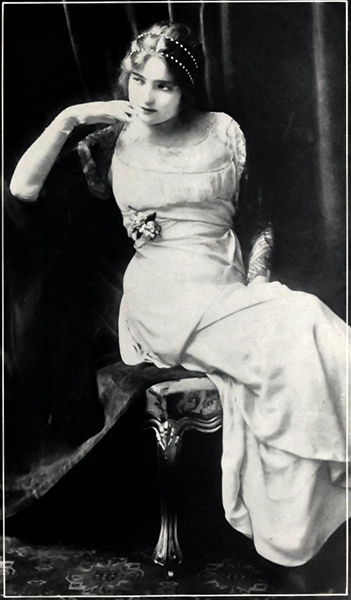 “I’m distinctly not a tailor-made girl, neither am I a clinging vine. I’ve never been able to understand just why I seem always to be cast for the leader of a band of crooks, counterfeiters, moonshiners or occasionally detectives….I am not a leader. I can readily assimilate the ideas and suggestions of others, but I couldn’t march ahead.” — Alice Joyce 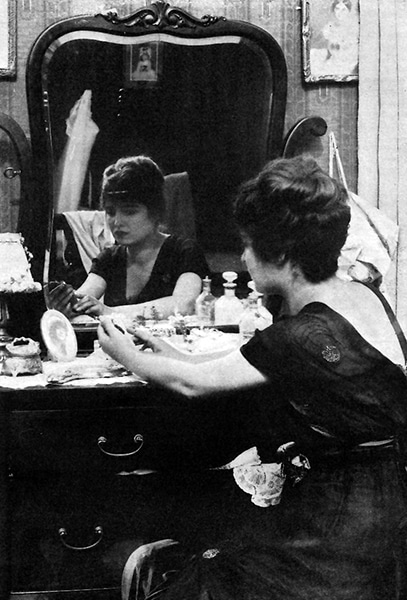 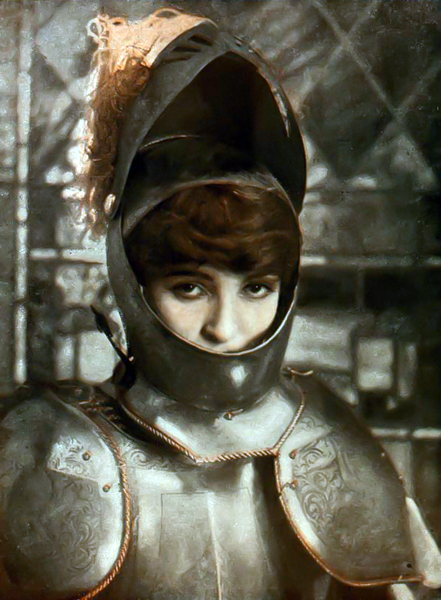 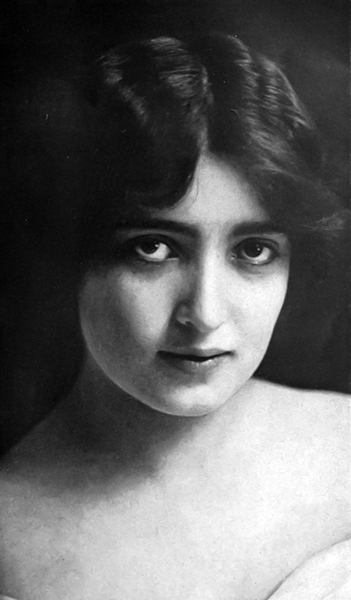 “I would like to be a more distinctive tpe. I would love to be able to find a color, a style, a perfume, anything to be individual, like Catherine Calvert, for instance, who wears red or black or white exclusively. I’m not individual and I love that in people. I just try out everything that comes along, from soap to dress.” — Alice Joyce 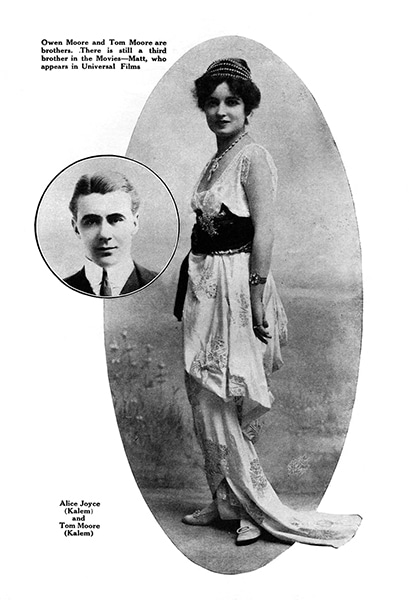 Alice Joyce and her first husband Tom Moore. They were married from 1914-1920. 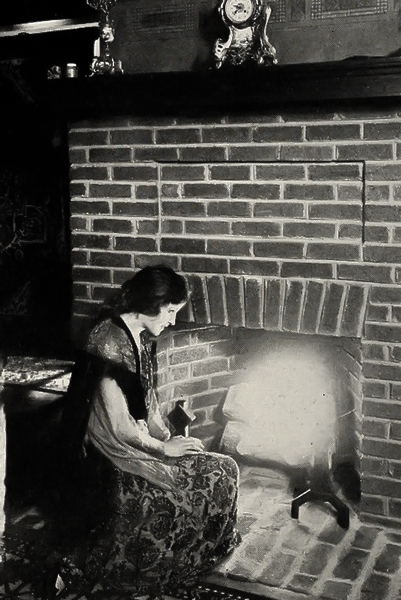 “While I enjoy dinners, dances and similar things, I must confess that I enjoy dreaming before my big fireplace. I love the little, homey things and shun spectacular events and other showy things.” — Alice Joyce 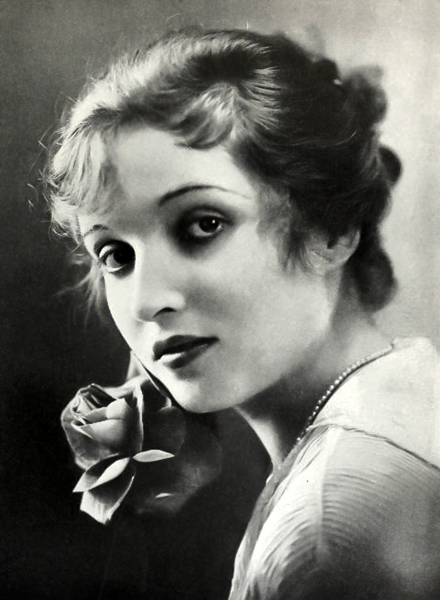 “What type of role do I like? Not a sex analysis. I detest that. Not a colorless ingenue. I can’t do that silly sort of thing. I like a part that provides some depth or shading of character. I’m woman enough to like a role with an opportunity to dress. I guess most of all that I like photoplays with distinct atmosphere.” — Alice Joyce 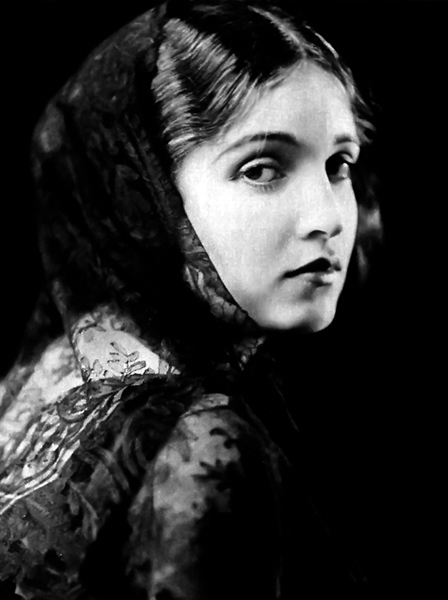 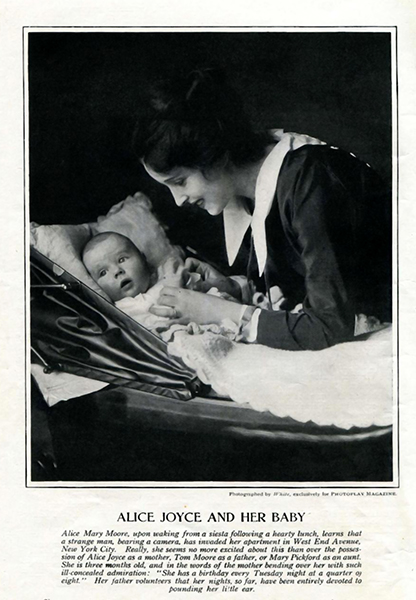 “I don’t think she will be a picture actress. The stars say other things are in store for her. But, if she does decide to follow me, I shall help her in every way. The screen and the stage offer no more danger to a young woman than any other business. It all depends upon the girl herself. But I do not want her to be a stage child. I shudder every time we use a typical theatrical kiddie in a photoplay. They’re wise beyond their years, precocious, old in everything but age. Poor children, they lose out on their share of childhood. Instead of living in the kiddie’s world of dreams and make-believe, they’re dragged from studio to studio by thoughtless, money-seeking mothers.” — Alice Joyce about her daughter Alice Mary Moore (pictured in 1916) 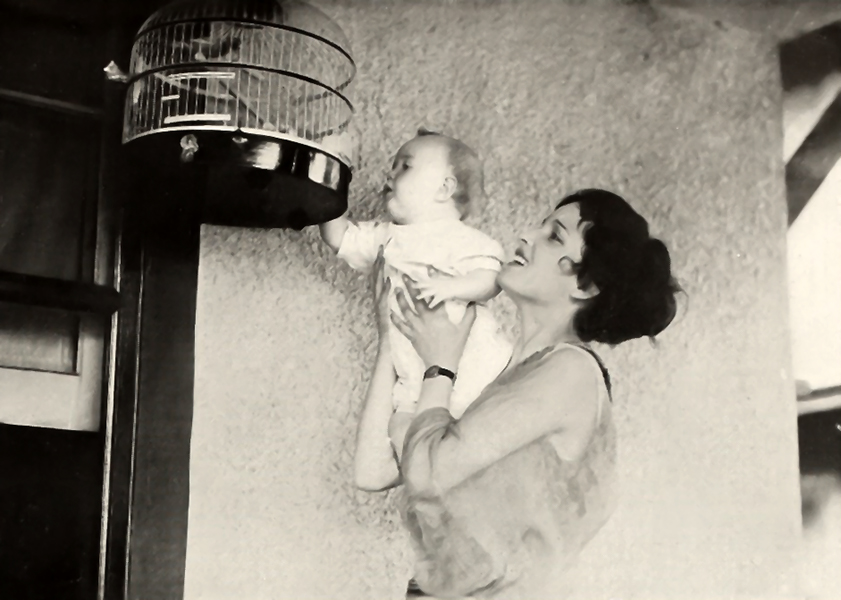 “Yes, I must admit I was glad to get back to the pictures. Of course, if my mother did not live with us, I would have nobody to care for baby, but when she is here to help me now and then, everything runs along smoothly. Then, too, my working hours are usually baby’s sleeping hours.” — Alice Joyce 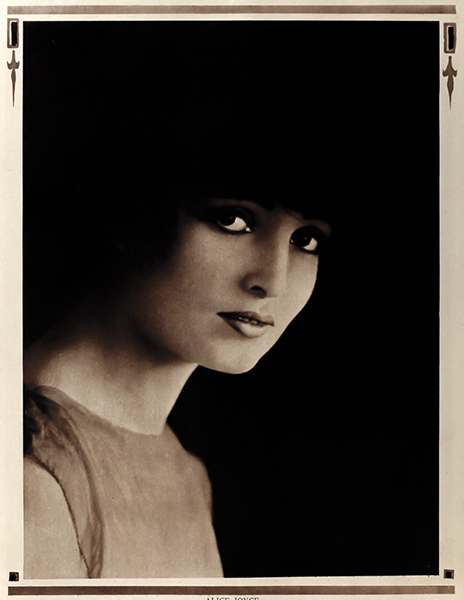 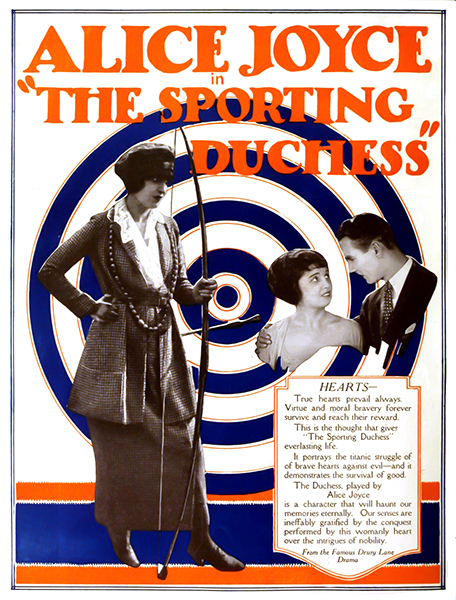 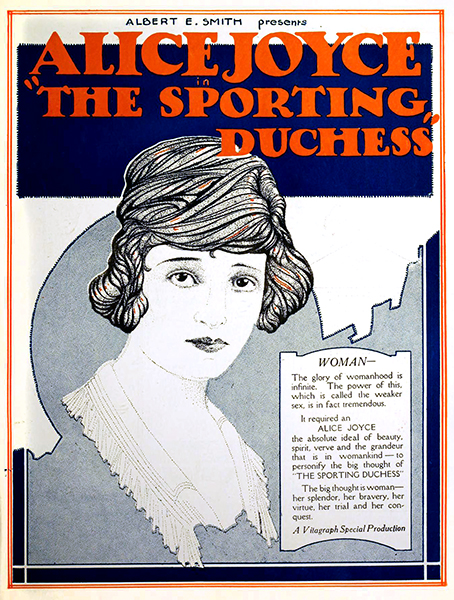