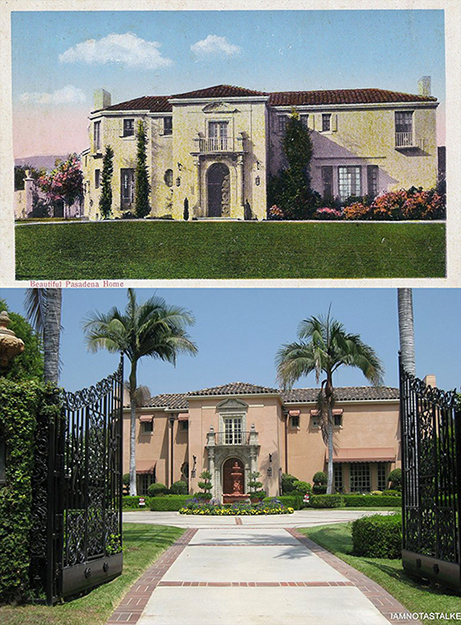 The Arthur L. Garford home at 1126 Hillcrest in Pasadena, California.

The mansion was constructed in 1916 by architects Marston and Van Pelt.

Garford was an Ohio business man, inventor and bicyclist who made his first fortune inventing a bicycle saddle that became very popular. After selling his company, he invested in automobiles, eventually partnering with Studebaker. At the height of his wealth and influence, Garford rubbed elbows with Teddy Roosevelt and was an active member of Ohio’s Progressive Party.

In the 1910s, it became fashionable for millionaires to build summer homes in Southern California. Pasadena certainly attracted its share of wealthy capitalists. Garford purchased his undeveloped property for $25,000 around 1915. Next, Marston and Van Pelt designed two side-by-side houses that shared a driveway and carport. Both houses cost $38,000 to build.

The Garfords occupied their new home while his daughter and son-in-law lived at 1132.

Arthur Garford died in 1933, followed by his wife in 1935. His daughter lived in the house for a number of years. However, by the mid 1940s, the property began to change hands. In 1944, the owners subdivided the property in order to build an additional parking garage. Over time, owners remodeled the buildings and fumigated for termites.

In 1988, the house appeared in the hit film, Twins. The main changes to the landscaping might have occurred around 1991, when the iron gate in the photo was added. 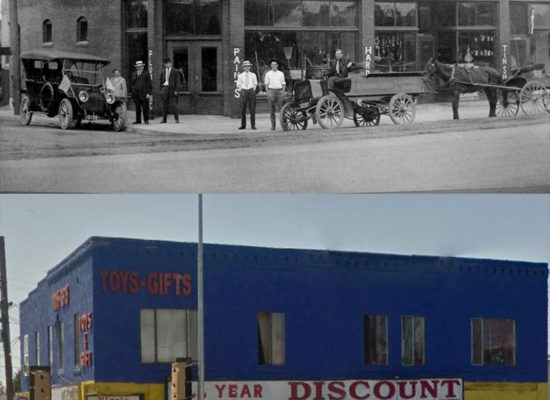 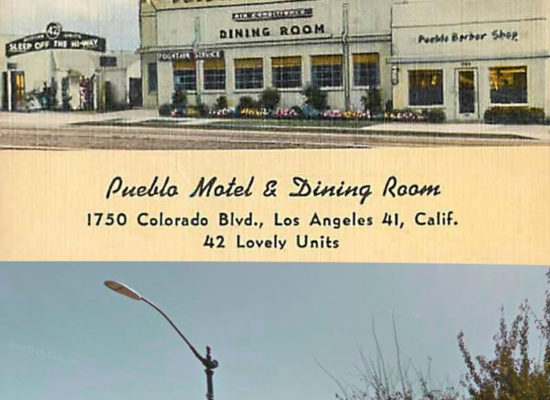 Then and Now: The Pueblo Motor Hotel 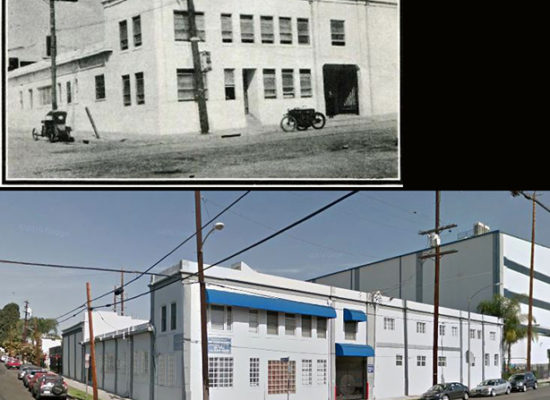 Then and Now: Morosco Photoplay Company