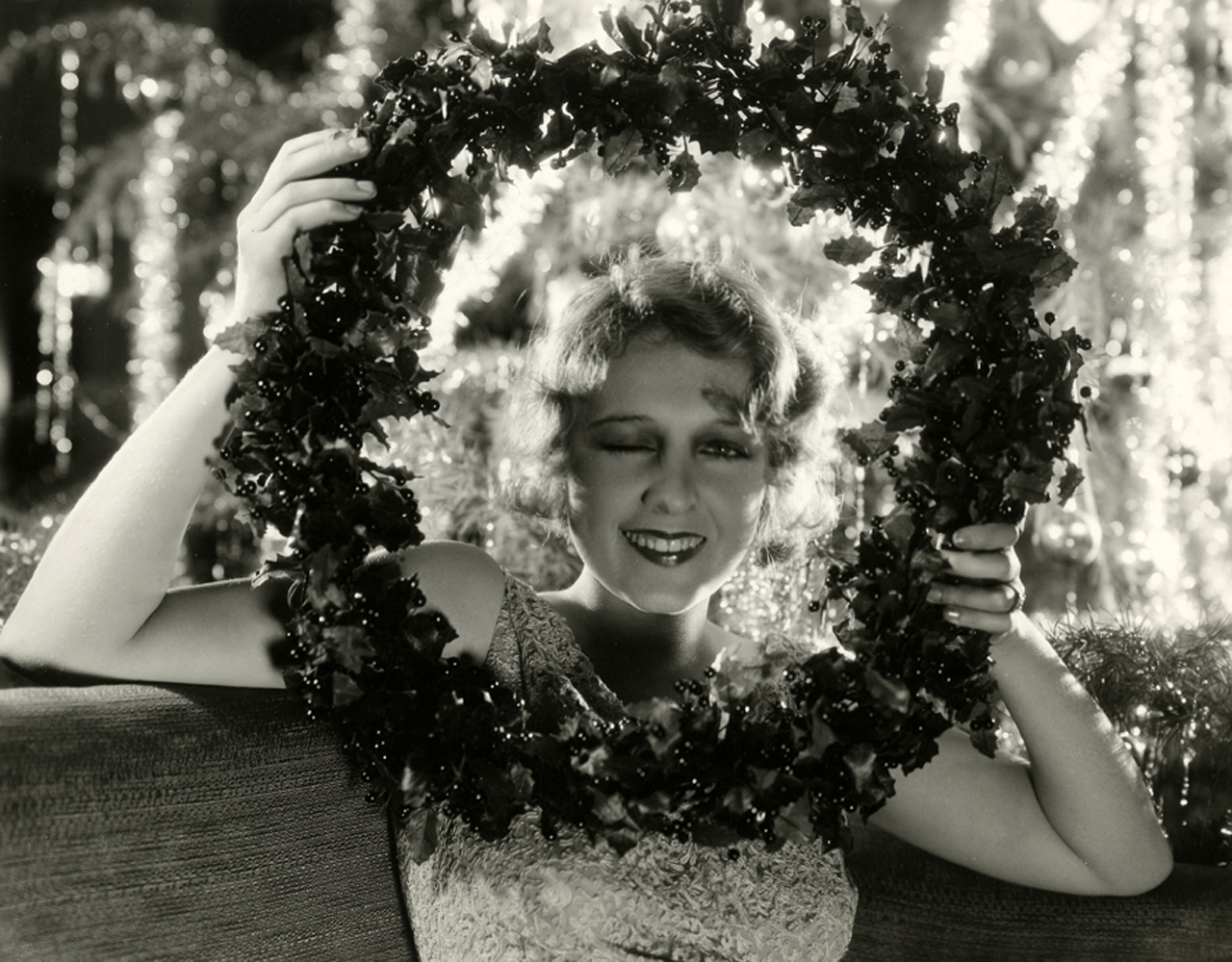 Here’s a collection of Christmas photos from Hollywood and around Los Angeles. 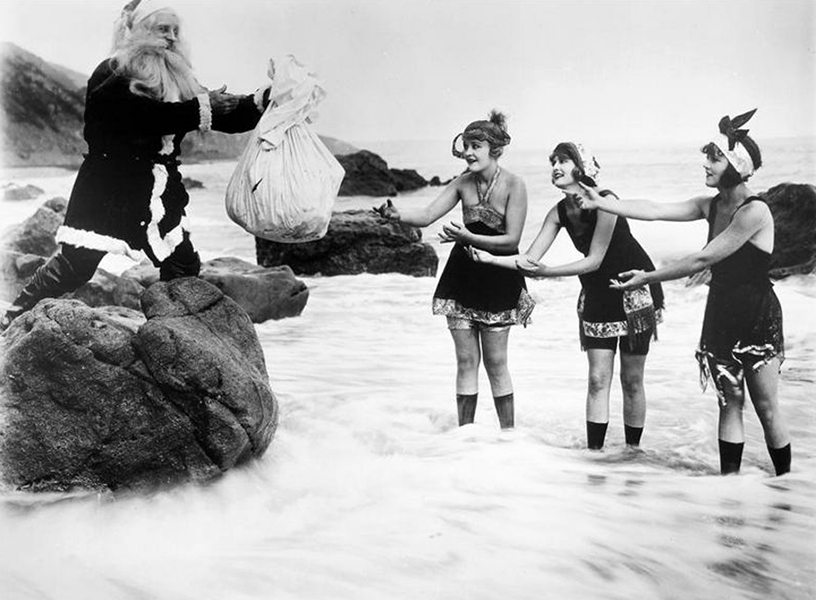 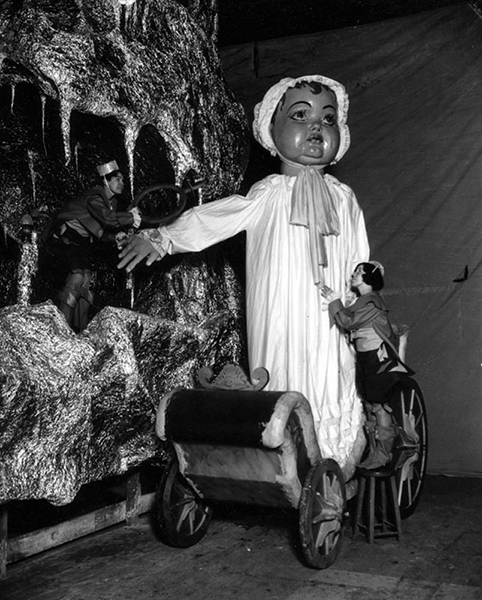 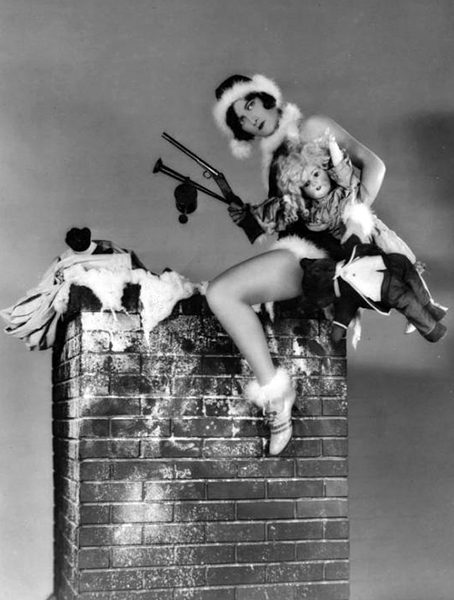 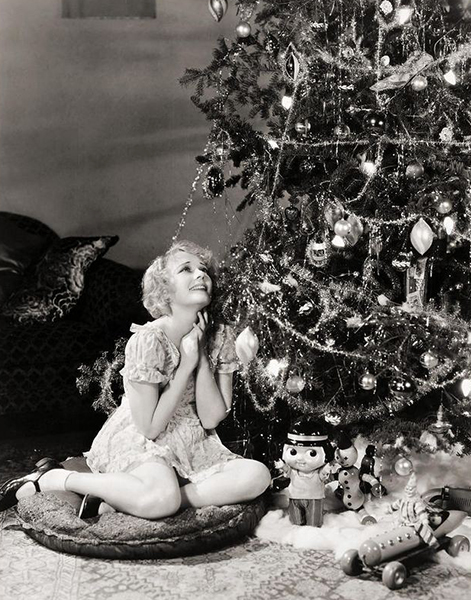 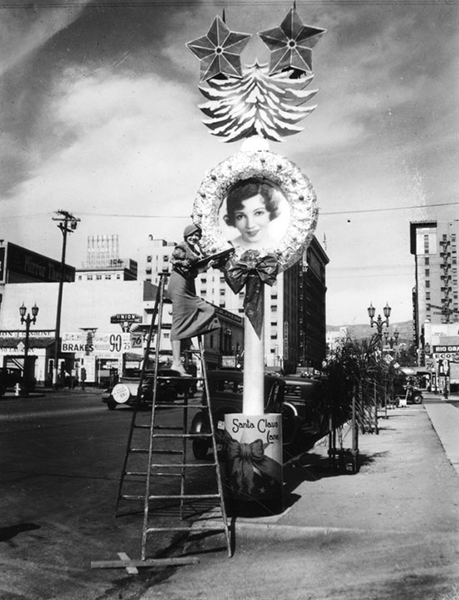 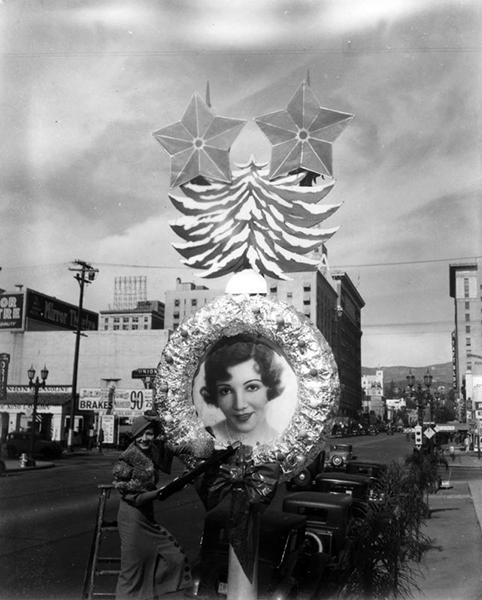 Claudette Colbert on a step ladder poses next to a large photograph of herself surrounded by a Christmas wreath, c. 1932.

In the background stands the Mirror Theater at 1615 Vine Street and the Taft Building at 1680 Vine Street. 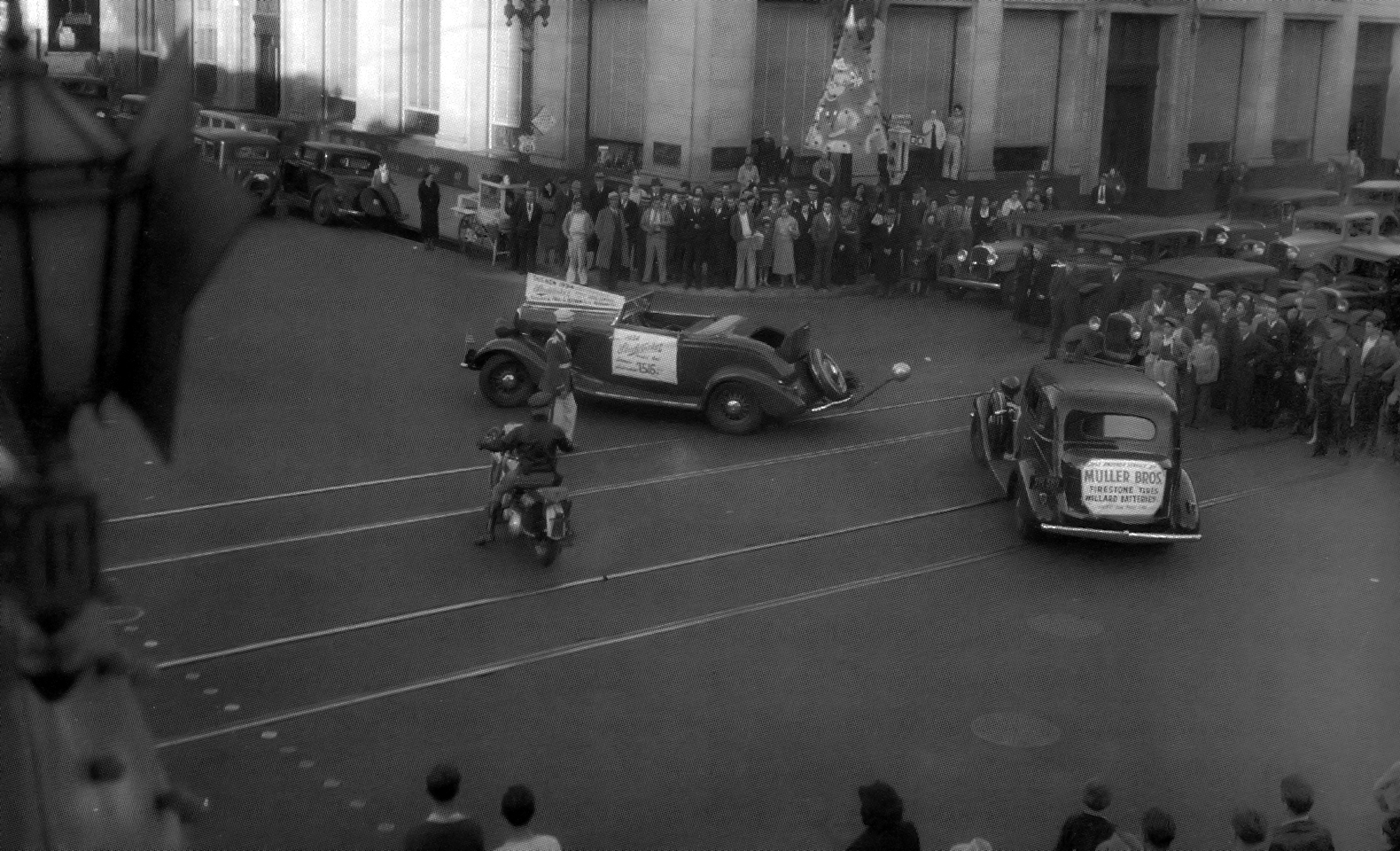 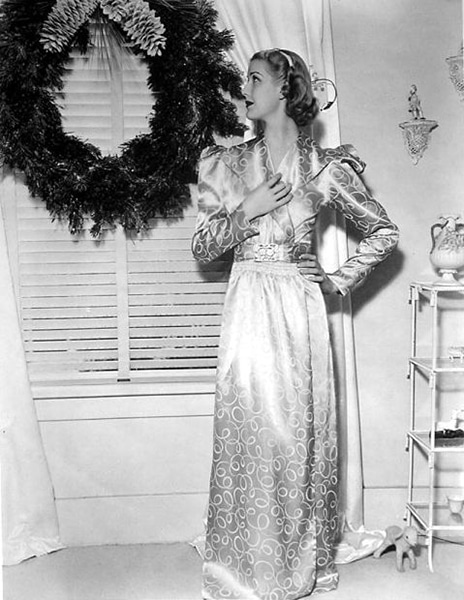 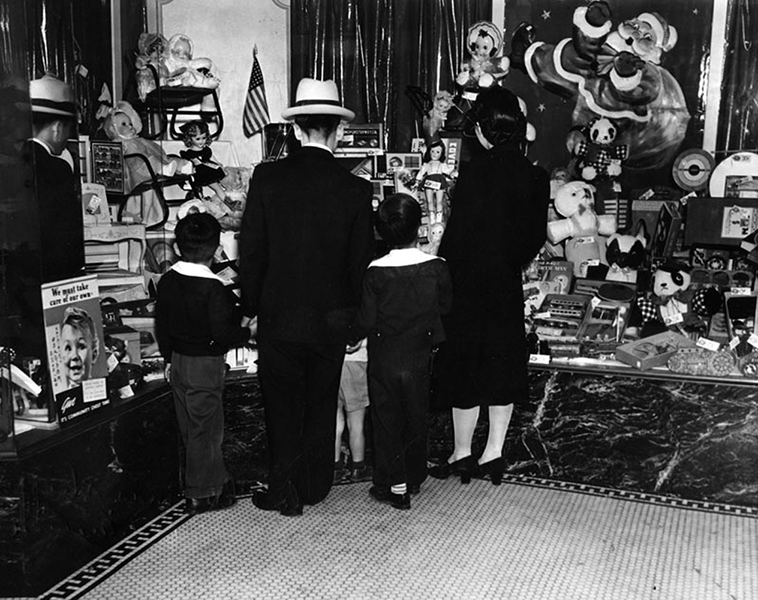 A Japanese-American family Christmas shopping in front of a store on E. 1st St. in 1941. The photo date is December 8th, which means that it was taken (or published) a day after Japan attacked the U.S. at Pearl Harbor. (LAPL 00068526) 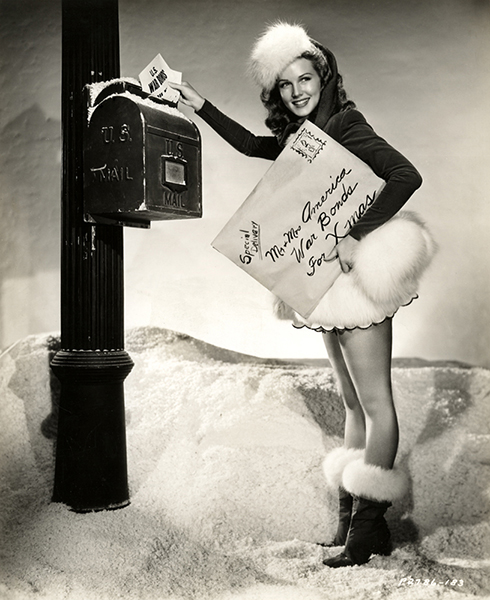 Barbara Britton in 1942. She was “discovered” after her photo was published in a newspaper, riding on a float at the Pasadena Tournament of Roses Parade in 1941. 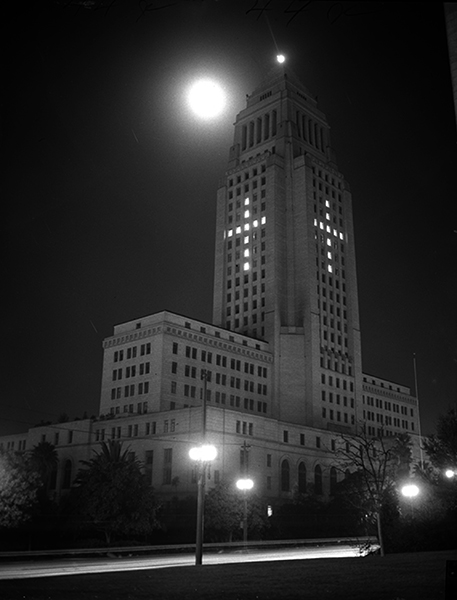 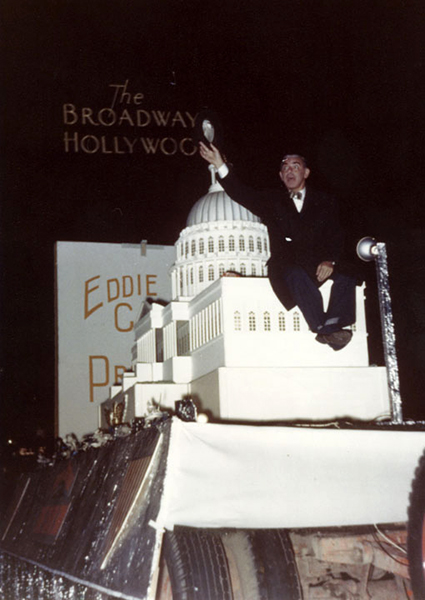 Eddie Cantor sits on top of a float that reads “Eddie Cantor for President” during the Hollywood Santa Claus Lane Christmas Parade. Though he jokingly ran a publicity campaign for president in 1932, I’m guessing this picture was taken in 1947 or 1948 when he brought the gag back during his radio show. 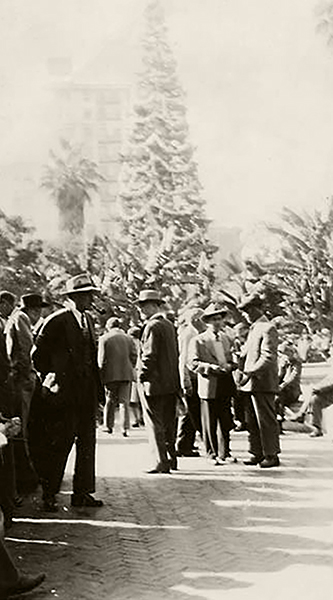 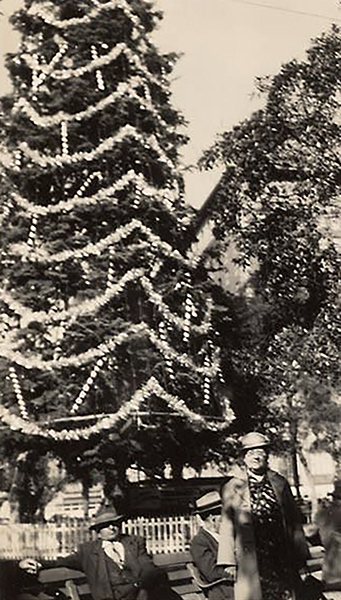 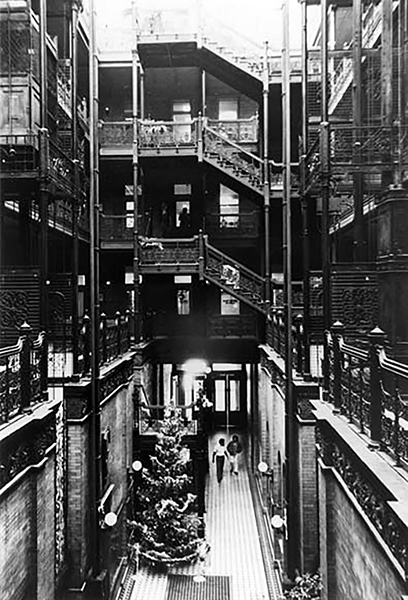 The Bradbury Building in 1950. 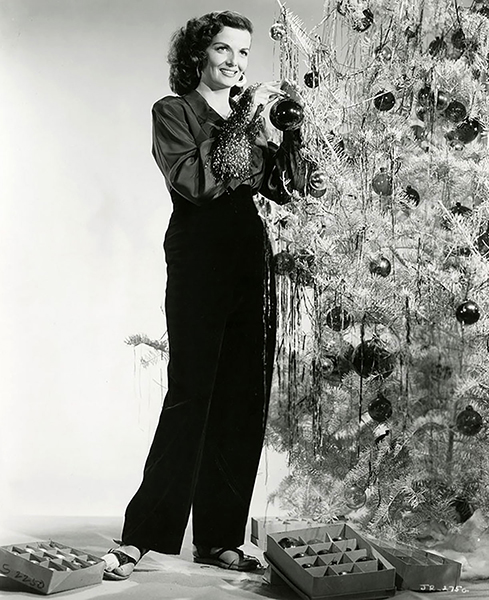 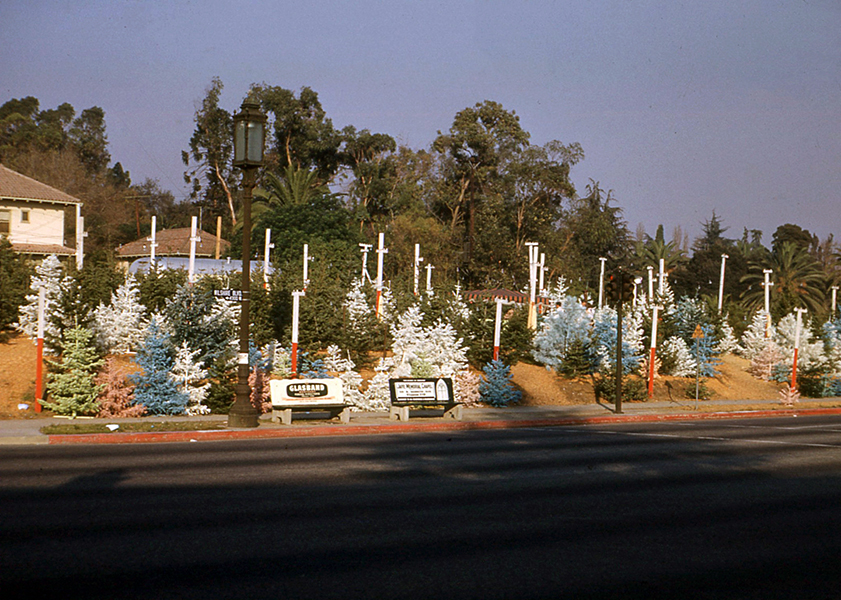 A 1955 Christmas tree lot believed to be located on the 4200 block of Wilshire Blvd. at the intersection of Crenshaw Blvd. 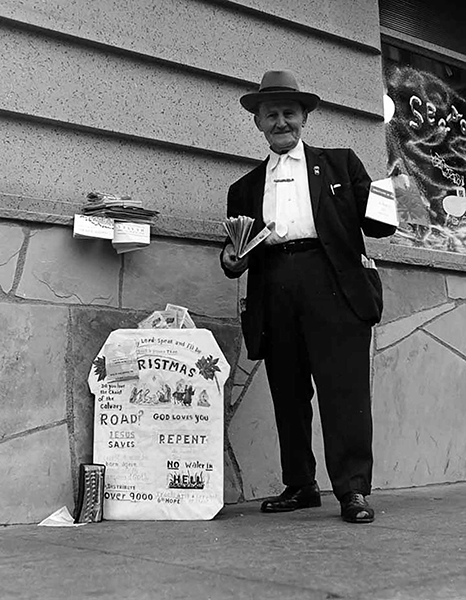