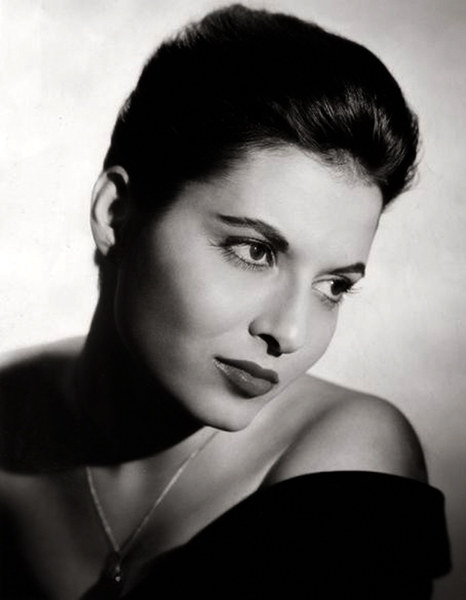 Eden, real name Elana Lani Cooper, was one of four (or so) Israeli model/actresses signed by Hollywood in the late 1950s. At the time of her discovery, Cooper was playing the title character in “The Diary of Anne Frank” when a London casting director saw her onstage. She was then flown to London in 1958 to test for the screen adaptation, but the title role went to Millie Perkins.

Although Fox was still interested in her, the studio had no further projects for her. So Cooper decided to join the Israeli army. She cut her hair and was three days away from reporting for duty when she suddenly received word that Fox wanted her to test for The Story of Ruth. After getting the title role, she was allowed to make the movie on deferments. A Fox producer then changed her last name to “Eden” because he didn’t think “Cooper” sounded Jewish.

“When its over,” she later said in a 1960 interview, “I’ll have to go back to Israel and do my tour of duty. Every boy and girl in our country must serve two years in the armed forces before the age of 26.”