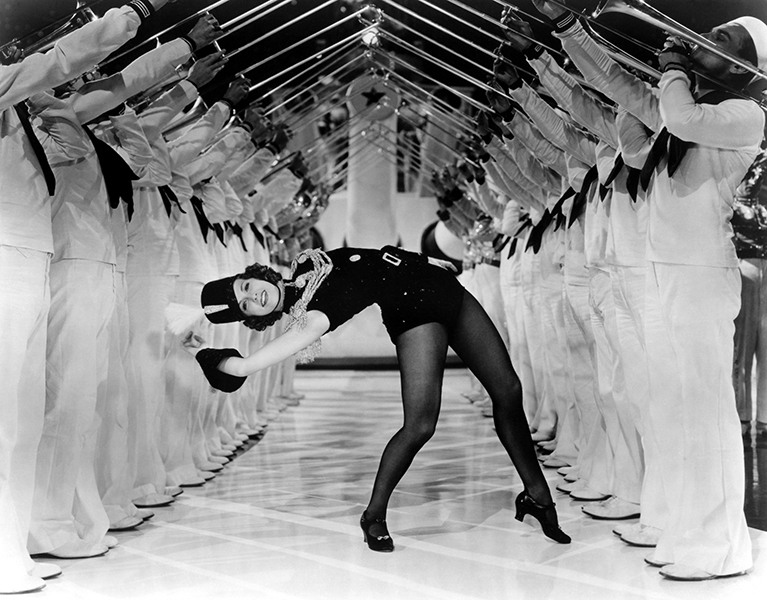 “She ‘put ’em down like a man’, no ricky-ticky-sissy stuff with Ellie. She really knocked out a tap dance in a class by herself.” – Fred Astaire on Eleanor Powell. 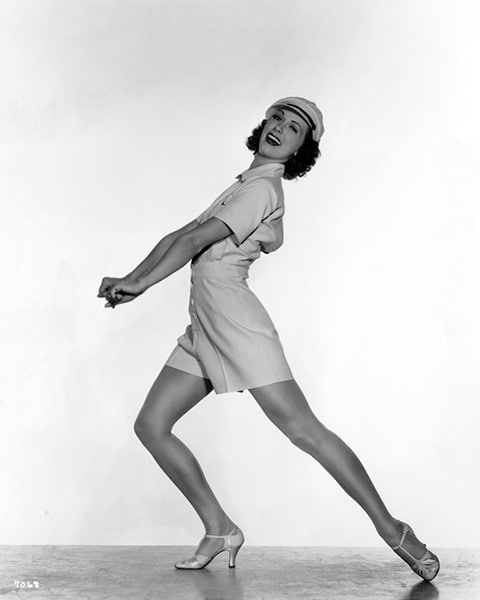 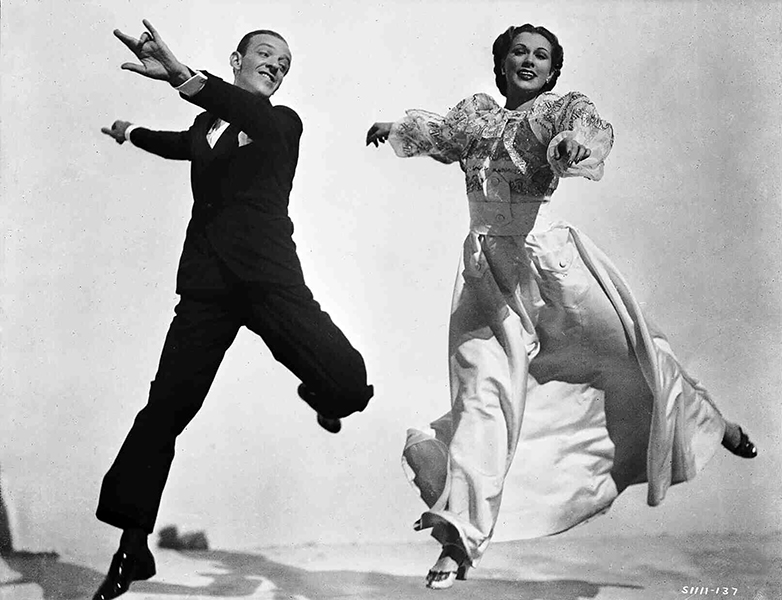 “Lots of fans have written to ask if we were going to be teamed, and no doubt the question has been put to Astaire. He is, of course, the greatest dancer of them all. But I don’t think we would be a good team. Our style of dancing is totally different. Fred is very aerial and covers a lot of space, while I dance close to the ground. I don’t doubt he could do both, if only because of his ballet training. And he might like me to do machine gun taps – if he liked me at all. But there is a wide difference between us….Anyway, he doesn’t know me at all. Bert Lahr introduced us one night in New York four years ago when I was doing a tap in front of the curtain during the run of ‘Hot-cha,’ but he probably doesn’t remember me. I’m dying to meet him now, not in the Brown Derby, but in a rehearsal hall. I have a funny idea that if we meet that way we’d get along swell, because we’re both nuts about dancing. If he only said, ‘I think you’re good, but not so hot,’ I’d love it. I want even that much admiration from him.” — Eleanor Powell in 1936.

Eleanor Powell and Fred Astaire did finally end up working together in The Broadway Melody of 1940, but the dream team was short-lived. Astaire later said, “Eleanor Powell, one of our greatest talents, is a bit too powerful for me. I love Eleanor Powell, but she dances like a man. She’s a remarkable dancer, but she has a very mannish style, and she’s a little big for me.”

Powell’s quote comes from an interview with Charles Darnton in 1936.