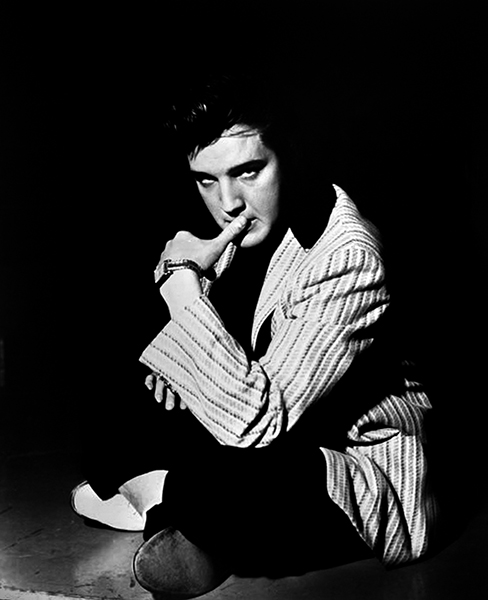 “Hmmph! I’ll get rid of him before he contaminates all the clean-cut youth in our country.” – Hedda Hopper on Elvis Presley 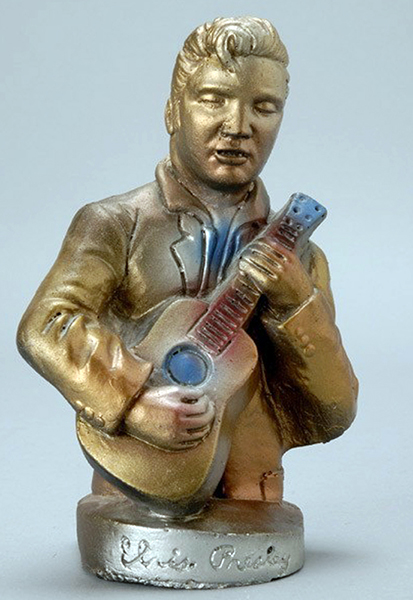 A very early example of Elvis merchandise. This is a bookend from around 1956. 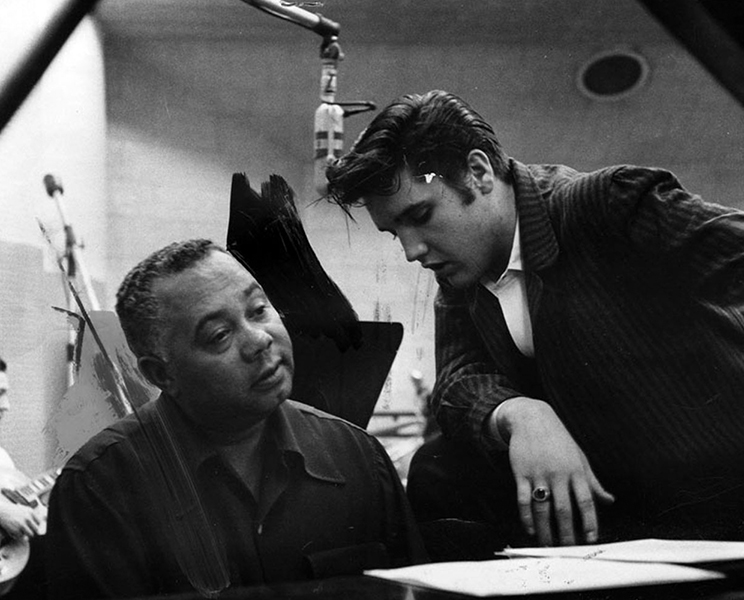 Jazz pianist, composer, and session musician Dudley Brooks worked with Elvis Presley at Stan’s Play Room, once located at Wilshire and Western, circa 1957. They also worked together at Radio Recorders, Inc., a recording studio once located at 7000 Santa Monica Boulevard during Elvis’ tenure in Los Angeles. The two had a lifelong friendship. 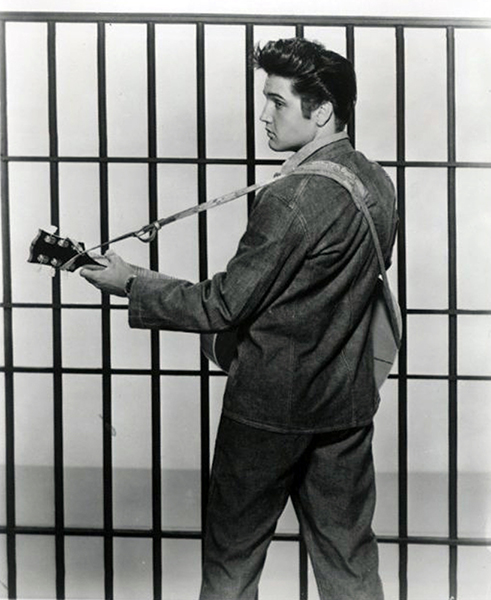 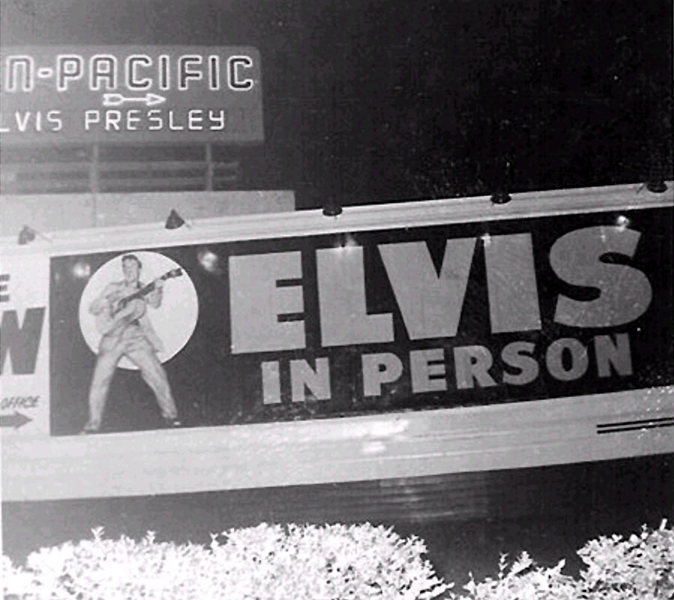 Elvis in concert at the Pan-Pacific Auditorium in 1957. 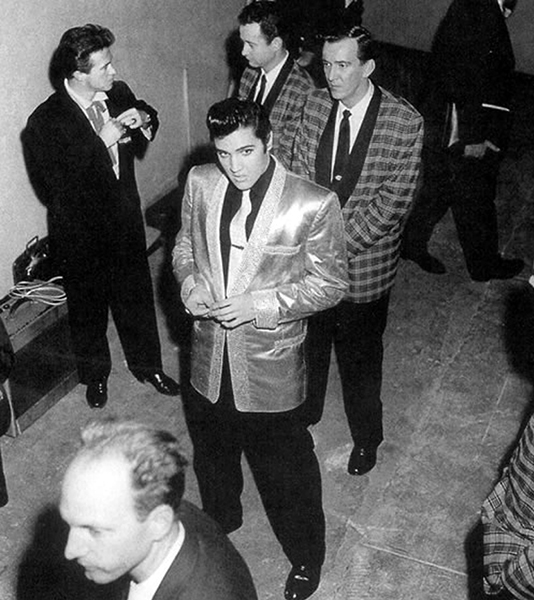 “I’ve never gotten over what they call stage-fright. I go through it every show. I’m pretty concerned, I’m pretty much thinking about the show. I never get completely comfortable with it, and I don’t let the people around me get comfortable with it, in that I remind them that it’s a new crowd out there, it’s a new audience, and they haven’t seen us before. So it’s got to be like the first time we go on.” – Elvis Presley, backstage at the Pan-Pacific Auditorium in Los Angeles on October 28, 1957. 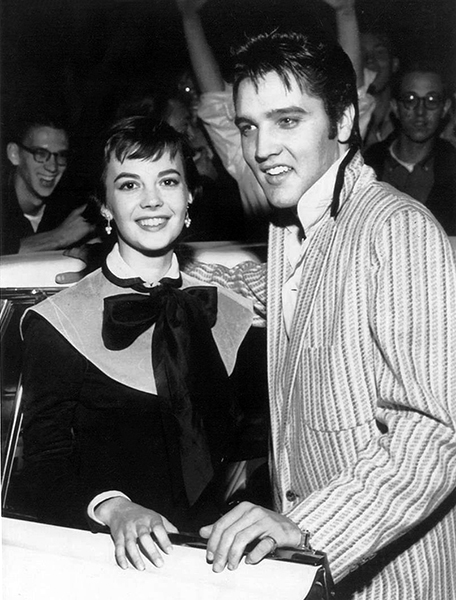 “Elvis was so square, we’d go … for hot fudge sundaes. He didn’t drink, he didn’t swear, he didn’t even smoke. It was like having the date that I never had in high school.” – Natalie Wood 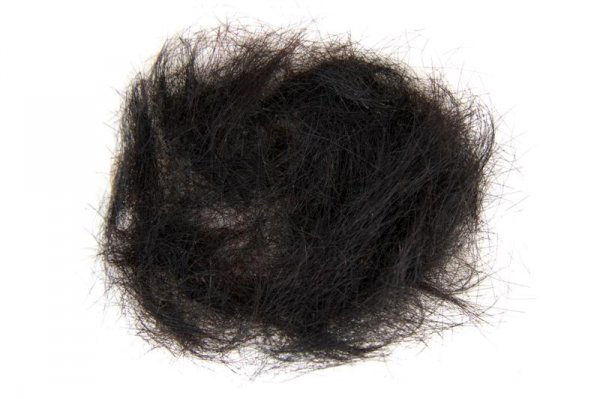 Hard to believe that hair shaved off of Elvis’ head when he enlisted into the army in 1958 still exists. It’s true. These strands of hair was given to Gary Pepper, former president of the Tankers Fan Club to mail to Elvis fans that same year. Care to guess its value today?…In 2009, when it went to auction, the King’s hair ball was appraised between $8,000 to $12,000. 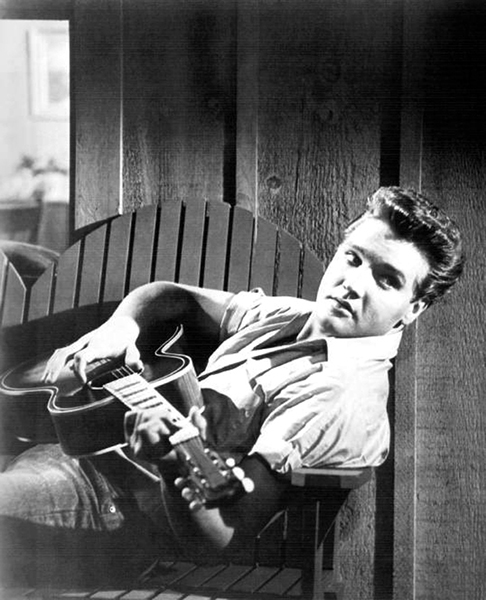 “I don’t know anything about music. In my line you don’t have to.” — Elvis Presley 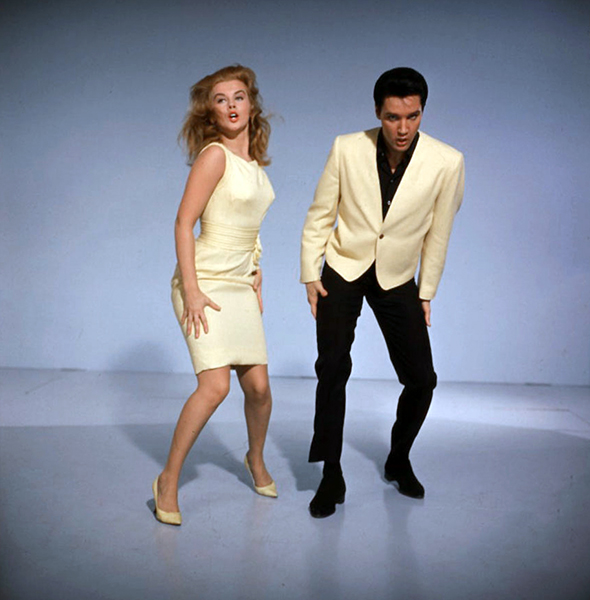 “We both felt a current, an electricity that went straight through us. It would become a force we couldn’t control.” — Ann-Margret 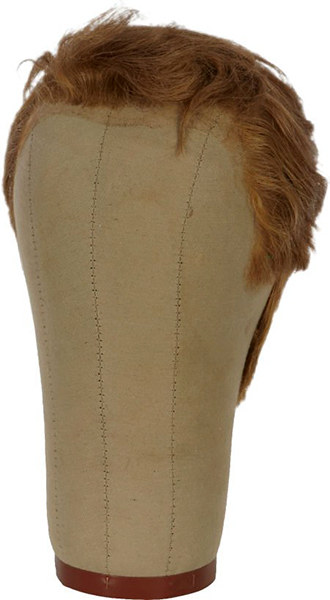 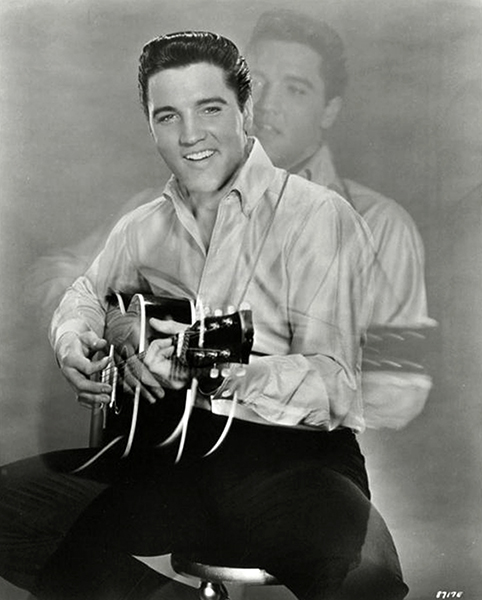 “The image is one thing and the human being is another…it’s very hard to live up to an image.” – Elvis Presley 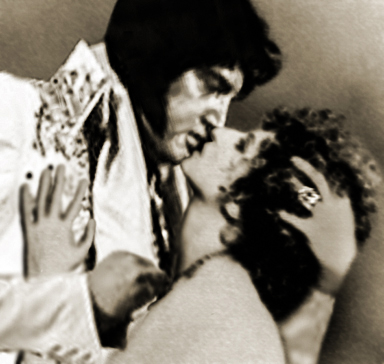 When Barbara Streisand and her then-partner Jon Peters decided to remake A Star Is Born (1976), they originally wanted Elvis Presley for the role of the burned out rock star who helps a newcomer (played by Streisand) rise to the top. Both of them pitched the movie to Elvis, who was interested in doing it. His manager, Colonel Tom Parker, however, insisted that Elvis receive top billing. Parker also asked for a substantial sum of money, even though Elvis’ last film was in 1969. He also did not want Elvis playing a washed-up has-been.

Another version of the story maintains that after Parker heard that Streisand planned to supervise all of the movie’s musical numbers, he insisted that either Elvis supervise his own musical numbers or there was no deal. Streisand refused to step aside and the deal fell through.

Bottom line: Had Elvis starred in A Star is Born, he would have definitely been more memorable than Kris Kristofferson. However, he was rapidly gaining weight and after years of living an unhealthy, drug fueled lifestyle, his body was in decline.  In 1977, Elvis Presley died of a heart attack. 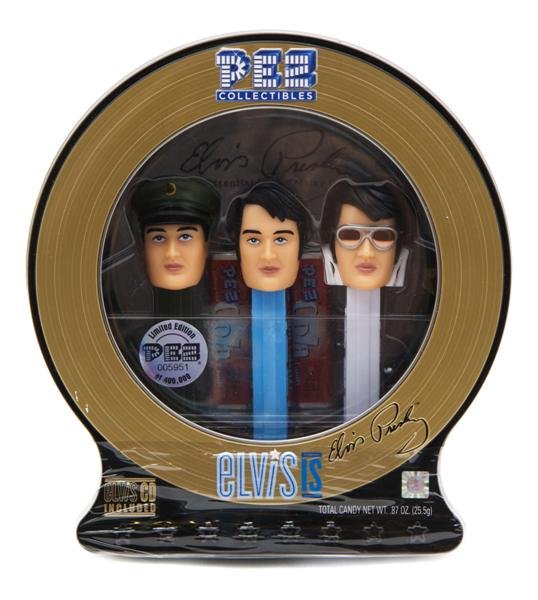 Elvis Pez-ley… Prices seem to range between $20 – $50 for this collectible item.