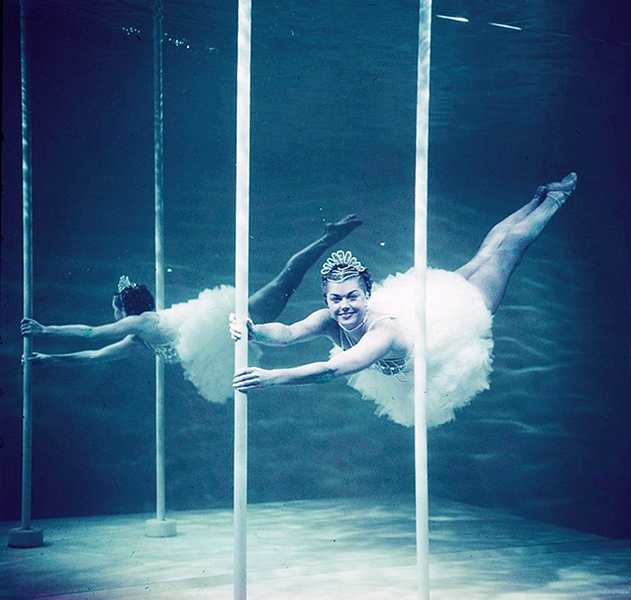 “All they ever did for me at MGM was change my leading man and the water in my pool.” – Esther Williams

“There were all these stories that she was discovered swimming the English Channel. She was really discovered modeling bathing suits. In the first film, she just dove from a diving board. That was successful, so they put her in a brighter bathing suit and a higher diving board.

“But with each success, the costumes had to get showier and the dive from a more elaborate setting. It got so ridiculous at one point that when it was reported that the top floor of the Empire State Building was closed for repairs, we all firmly believed they were just building a diving board onto it before importing it to Hollywood for Esther.” – Janet Seigal, former MGM employee. 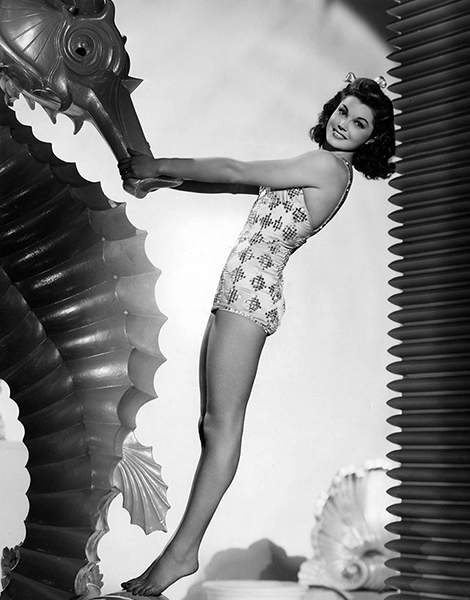 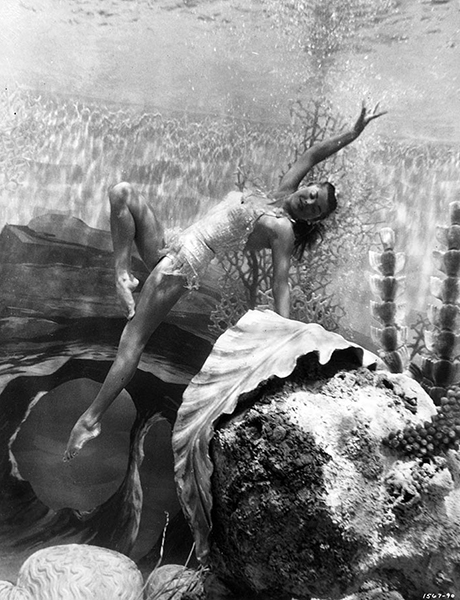 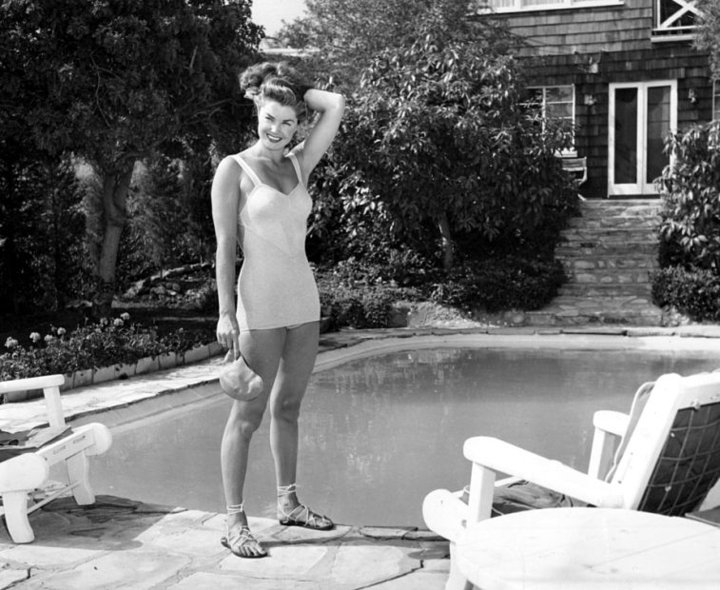 “I was just a swimmer who got lucky.” — Esther Williams 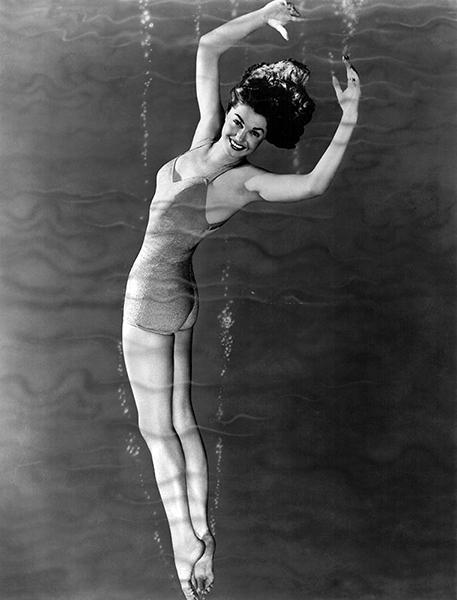 “It appeared as if I had invited the audience into the water with me, and it conveyed the sensation that being in there was absolutely delicious.” – Esther Williams 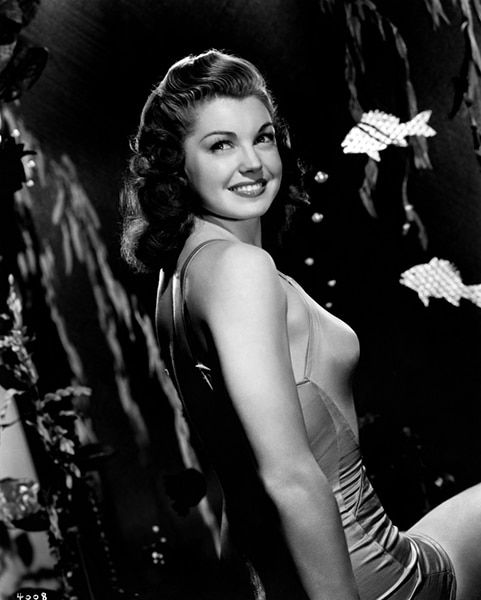 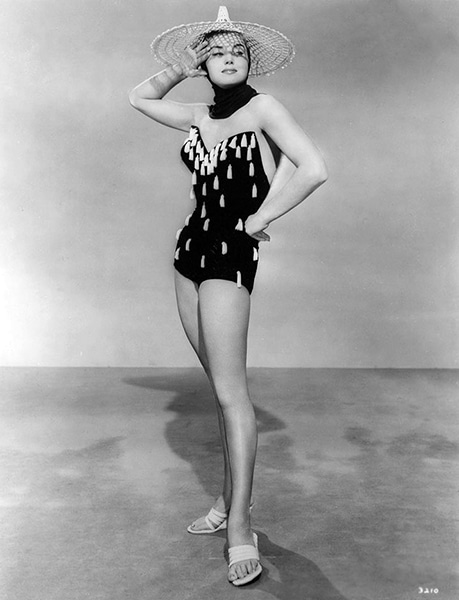 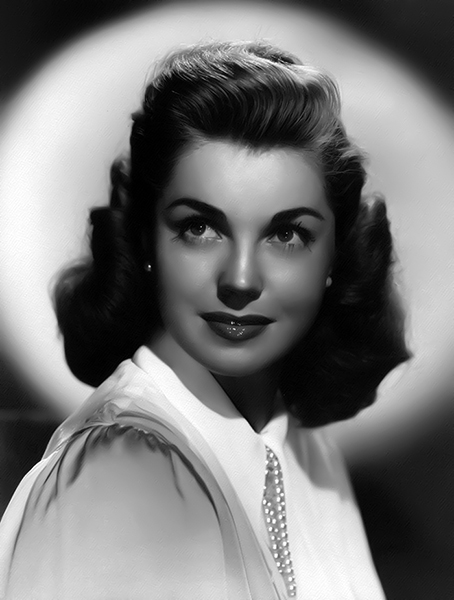