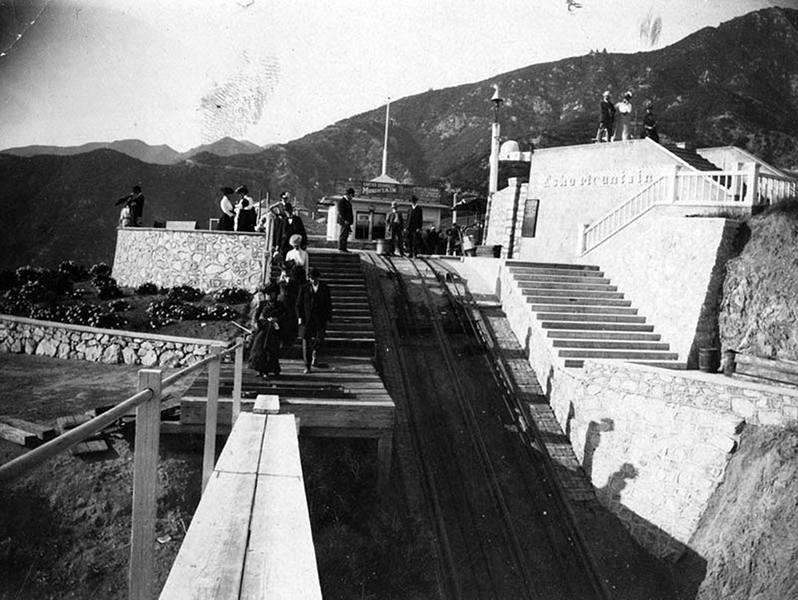 The end of the funicular incline of the Mt. Lowe Railway on top of Echo Mountain in 1902. Photo was taken two years after Mt. Lowe’s tourist hotel, the Echo Mountain House, burned down. Had the hotel survived, it would have been to the right of the top stairs.

In the distance, you can see the round dome of the Mt. Lowe Observatory. 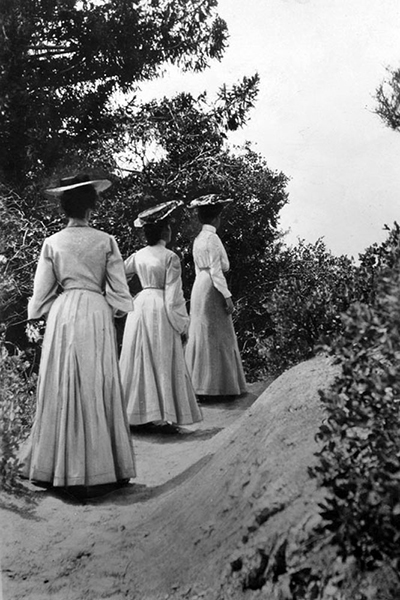 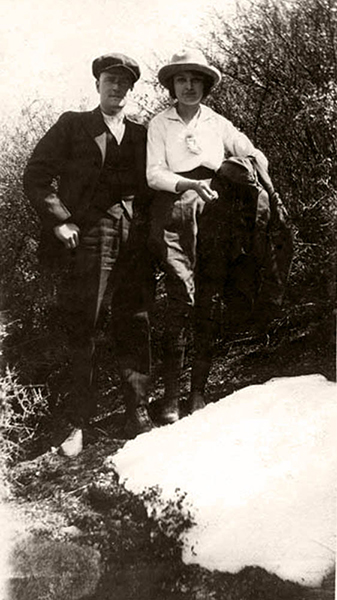