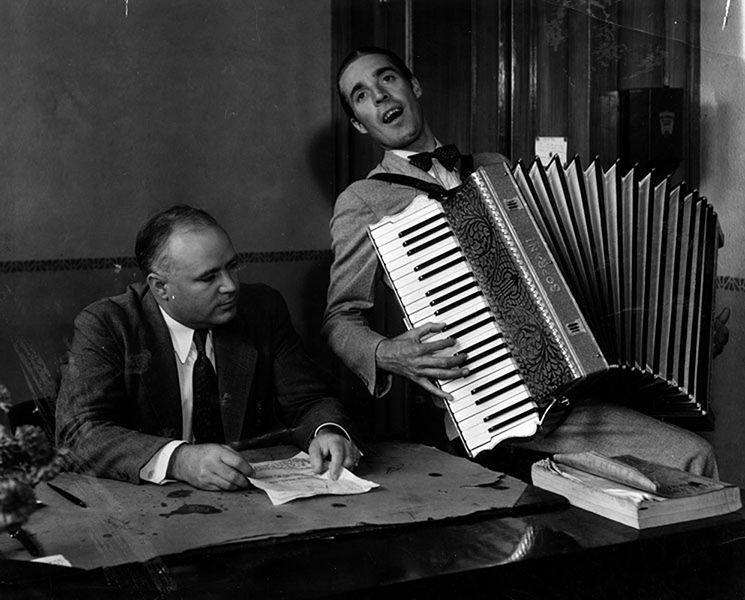 In August of 1934, vaudeville performer Don Dixon was arrested by LAPD after officers found him sleeping in his car. The police suspected him of being intoxicated. Later, Dixon successfully argued in front of a judge that he had fallen asleep inside his car after playing an accordion at a wedding.

“I was not drunk, your honor,” Dixon told Judge William R. McKay. “This instrument weighs 35 pounds and I had been playing it all night. I was just all tired out.”

In this photo, Dixon demonstrates his musical skills for Judge McKay. (LAPL 00045135)