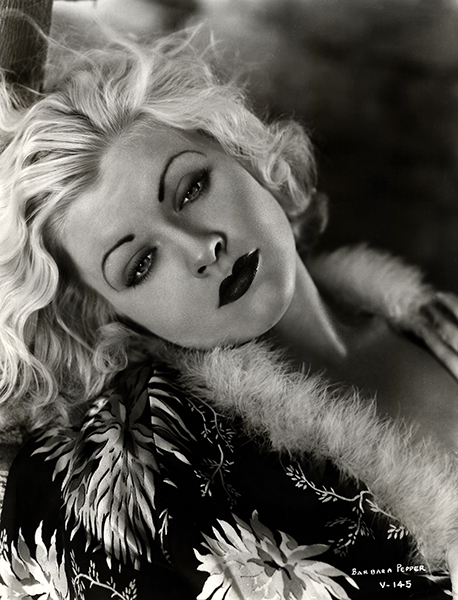 “It’s my racket. Oh, I would much rather play roles of nice girls, but Hollywood thinks I’m an expert with a gun. As a matter-of-fact, I couldn’t hit a washtub at two inches.” – Barbara Pepper, when asked about her tough girl image.

According to her publicist, she was known as “two gun” and by 1941, she had killed 48 men, ruined 18 marriages and went to prison 22 times on the screen.

By the 1950s, she had gained a lot of weight and a newspaper article claimed that she now played “fat blonde” parts.“ “And proud of it,” she told the press.