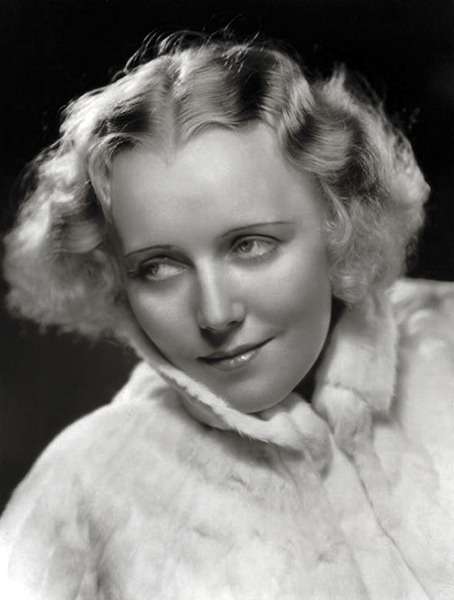 Charlotte Susa, born Charlotte Wegmüller in Prussia in 1898, was was a tall, blonde, blue-eyed film star in the German cinema before Irving Thalberg signed her to a contract with M-G-M in 1932.

Susa didn’t know any English when she arrived in Los Angeles. However, the studio used her as a threat to replace Marlene Dietrich.  Here is a typical example of the press Susa (and Dietrich) received in 1932-33:

Irving Thalberg has a German star up his sleeve – Charlotte Susa by name.  A beautiful blonde, she had a high position in her own country in films and is now learning English on the M.G.M. lot; she could quite well be a successor to the crown Dietrich is laying aside so cavalierly.  In appearance she is much like Vilma Banky, who was one of the first foreign stars to make good in a big way in silent films.

Meanwhile if Marlene Dietrich resumes work in Germany will be seen here, and loved here, as she was in the ‘Blue Angel’ or will she become one of those names like Kaethe von Nagy, Bridgette Helm, Frau Henny Porten and other German stars, excellent artists all, but practically unknown to the vast American public, which is, after all, the world’s fan center.

Publicists had little to say about Susa’s personality.  In fact, here are the bullet points of what they did write about her:

She doesn’t smoke or drink.  Well, okay, she has one glass of beer on her birthday.

Turtles are her pets.

She has a beautiful operatic singing voice.

With such a dull build-up, Susa never had a chance in the American cinema.  She also never made a Hollywood movie.  In 1934, she returned to Europe and resumed film work under Nazi Germany.

Throughout the mid and late 1930s, her film work was sporadic. J. Paul Getty biographer Robert Lenzner claimed that Susa was well-connected with high-ranking Nazi officers. She also dated Getty while the millionaire was in Germany, but that is another story…

Susa’s film career ended around 1941, and she ended up dying in Switzerland in 1978.