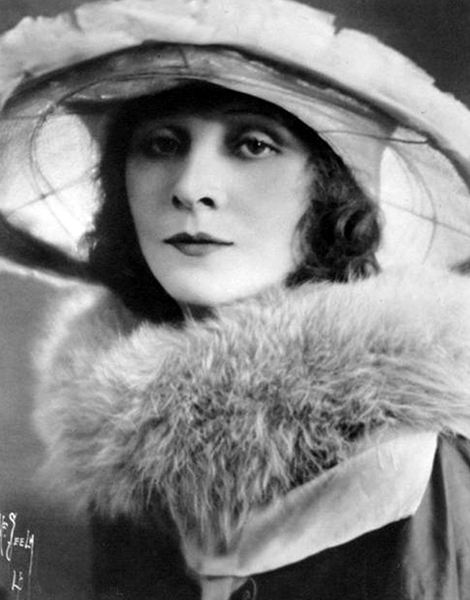 “One of these days men are going to get over the fool idea that women have no brains, and quit getting insulted at the thought that a skirt-wearer can do their work quite as well as they can. And I don’t believe that day is very far distant, either.” — Cleo Madison 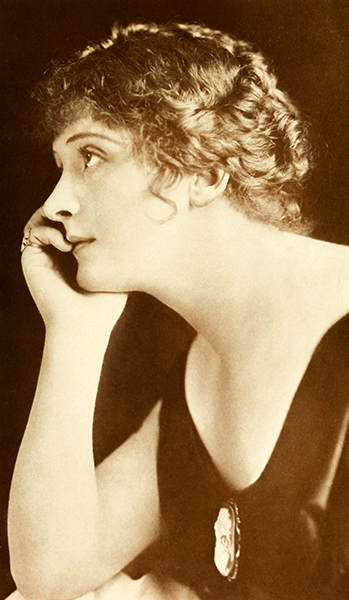 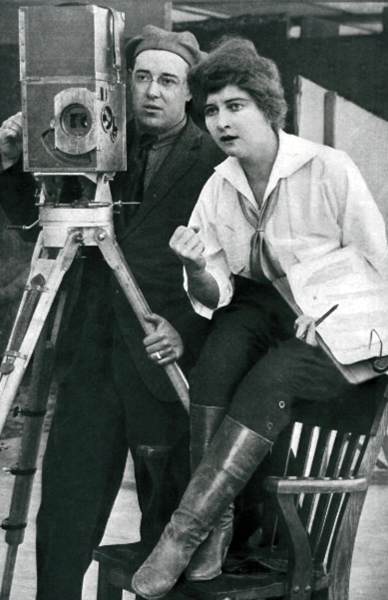 “I had seen men with less brains than I have getting away with it, and so I knew that I could direct if they’d give me the opportunity.  As soon as I get a little more experience and find a really good play I’m going to put on something of four or five reels that’ll make ’em gasp.” — Cleo Madison 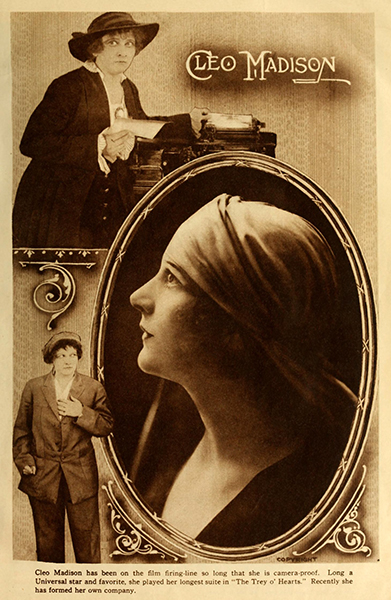 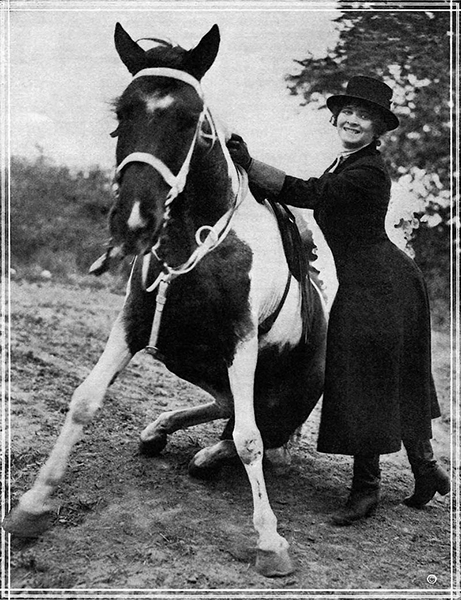 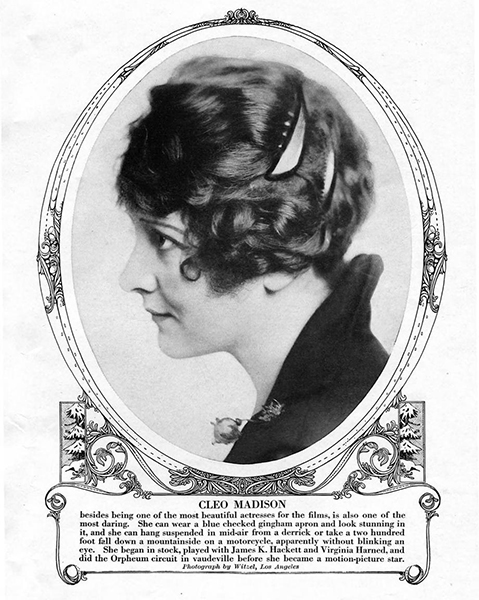 Madison was no stranger to the Alexandria Hotel in Los Angeles. She also visited to the Riverside Mission Inn more than once. In fact, she shot a wedding sequence inside the Mission Inn’s Cloister Music Room for her hit movie serial, Trey ‘o’ Hearts (1914). Two years later, she returned to the Cloister Music Room to marry Adoniram “Don” Peake. However, their marriage was short-lived.

By 1924, Madison was already considered an “old timer,” and by 1927, she was all but forgotten. However, the mystery remains as to what she did following her retirement from acting. More than likely, she remarried and changed names (though it is only a guess).

One thought on “Cleo Madison – photos and quotes”