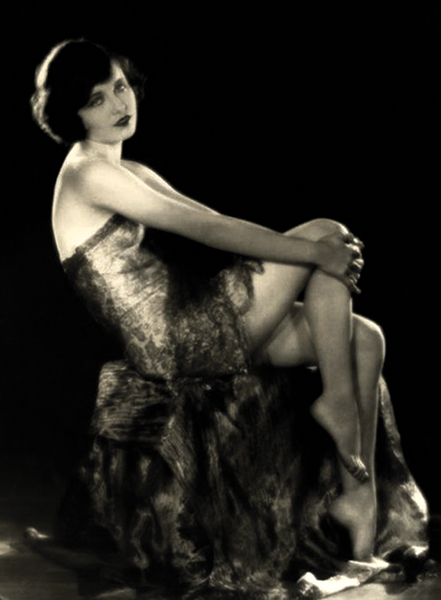 “What I considered my chance came when a small movie company advertised in El Paso for pretty girls. Unlike the other girls who had to pay $30 monthly for tuition, I was allowed to join free because I could dance.

“The man gave me a letter of recommendation to a ‘director’ in Hollywood, but when I got there, high in hope and low in cash, I found the address only a prop boy.

“Making the rounds with other ‘extra’ girls I heard their almost unvarying hard luck stories. Now and then one got a job – a bit. But the next day she’d be back in that dreadful line again. Defeat seemed inevitable…

“It may seem incredible that I boiled the same coffee grounds for a week. But that is the exact fact. With many other ‘extra’ girls I was hungry a great deal of the time.

“I secured a job teaching youngsters interpretive dancing at night, and continued my systematic hunt for motion picture opportunities in the daytime. Thus I earned $16 a week of which $7.50 went for room rent.

“This job gave me a measure of security. At once the world was brighter and I became somehow a different girl. Casting directors who had monotonously droned their ‘nothing today’ smilingly doled out bits. They came with steady increase.

“Then out of a clear sky, an interview with Casting Director McIntyre and Irving Thalberg, one of the Metro-Goldwyn-Mayer executives and the coveted contract.” — Evelyn Peirce (sometimes spelled Pierce) in 1924.