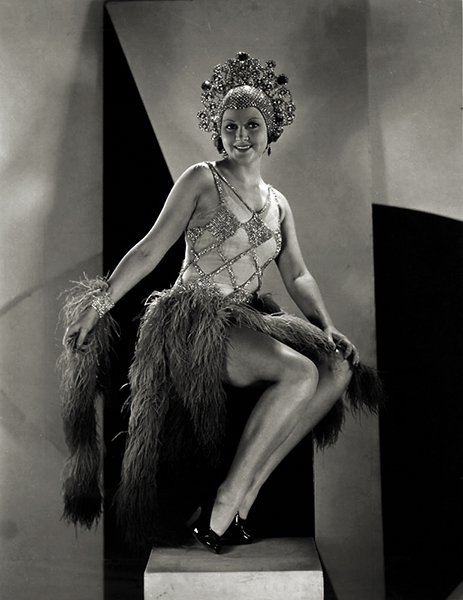 Faye Pierre was born Fay Marguerite Perry in Moose Jaw, Canada, on March 2, 1912. Her father was Robert Perry and her mother was Ida Smith Perry. Her parents moved to Los Angeles around 1914 and Fay attended Hollywood High School. By 1930, her father dealt in real estate and her mother worked as a manager for an apartment building. Pierre had one brother, Herbert, who worked in collections.

According to the 1930 U.S. Census, Faye Pierre worked in “motion pictures.” Her first known film credit was as a Goldwyn Girl in the film Palmy Days (1931).

At age 19, Faye Pierre wore her mother’s wedding dress when she married a pilot named Dana Llewellyn Bowler in 1931. Afterwards, she kept her stage name while working as a contract player in a number of films. Typical of pretty girls who marry during their grooming period, Pierre might have been dropped from Goldwyn. In 1932, Pierre slid into low budget Educational Pictures, working opposite Andy Clyde and Vernon Dent in a handful of comedy shorts.

In July of 1934, Pierre gave birth to twins, a boy and a girl. The boy was named Dana L. Boller, Jr., and the girl was named Donna Lee Boller. Faye Pierre retired from films that same year and she became Faye Boller. She became a U.S. citizen in 1941 and two years later, her husband worked as a stunt pilot on For Whom the Bells Toll (1943).

Faye Boller died on her birthday, March 2, 1963. The date is not clear when her husband died, but the Bollers appeared to have had a long marriage.