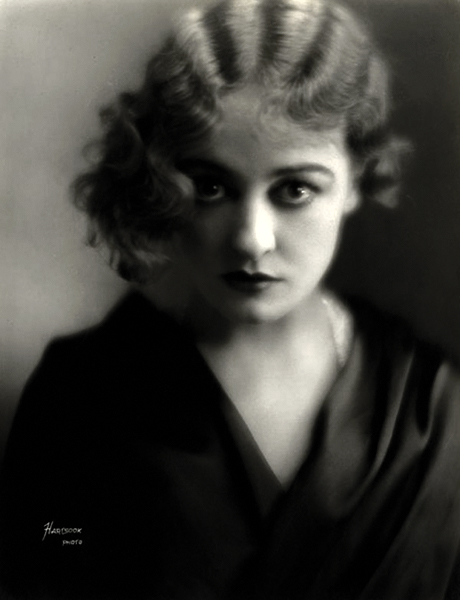 “I think I was born in a dressing room! I was carried on the stage at the age of three weeks. My mother was playing in stock then, and I’m sure they wrote baby characters into a lot of the plays so mother could have me right there with her all the time. I think many a gratuitous scandal and complication in family affairs in those remodelled plays must have been the result of my innocent advent. I played my first part when I was seven, and when I was seventeen I was leading woman in a stock company, and played everything from ‘Merely Mary Ann’ to ‘Cleopatra.'” — Gladys Brockwell 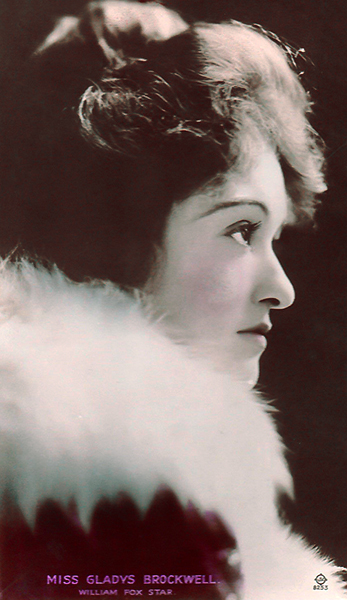 “My advent into pictures was three years ago, when I joined the Lubin Company. Since then I’ve been a regular gypsy, wandering over to the New York Motion Corporation, then to Universal, then to Fine Arts, and finally to Fox, where I’ve been some time.” — Gladys Brockwell 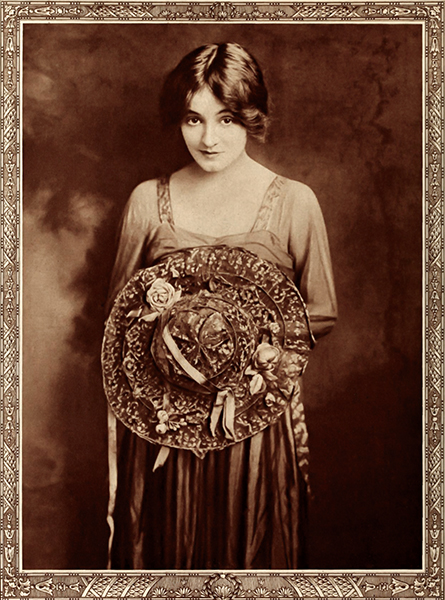 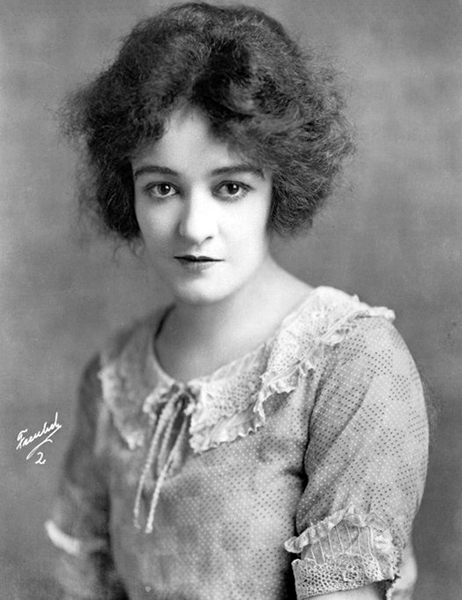 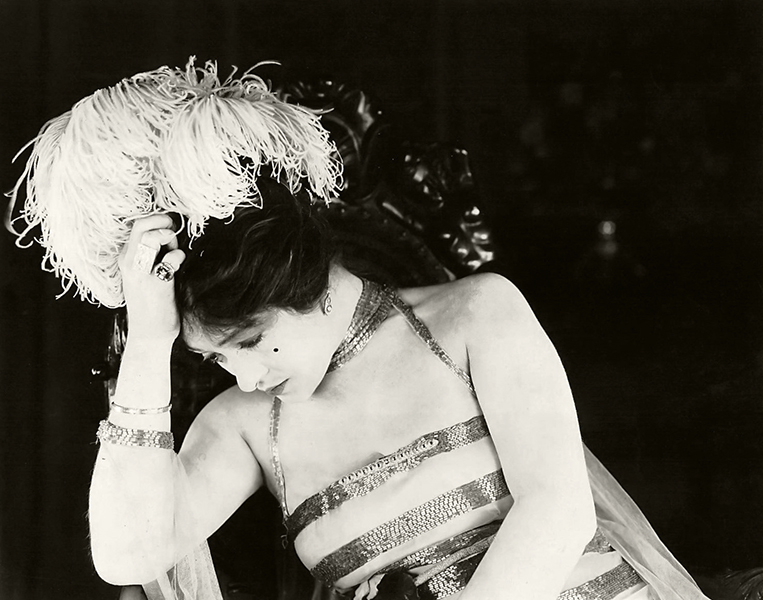 “One of the hardest little things I do in pictures is to weep. I don’t mind a fight with the villain, and they may if they wish throw me over a cliff, but I’m not a natural born sob-sister.” — Gladys Brockwell 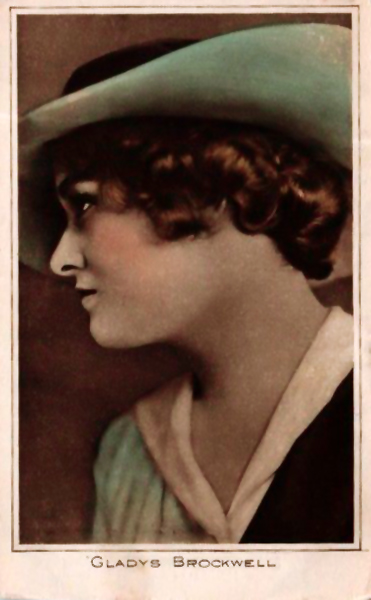 “Character roles, and when I am properly established, I shall play nothing else. I think it takes an actress to play those parts.” — Gladys Brockwell 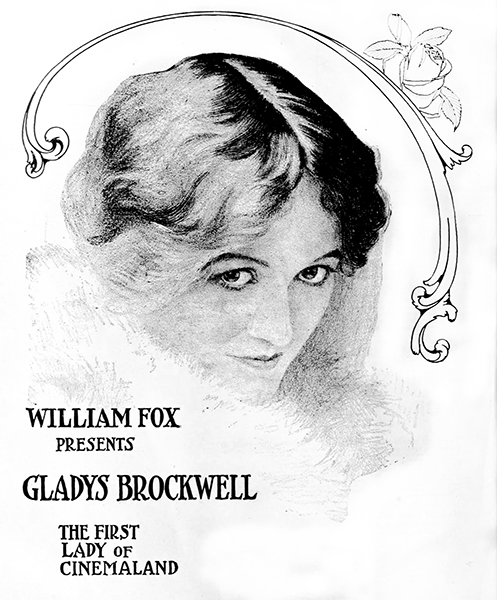 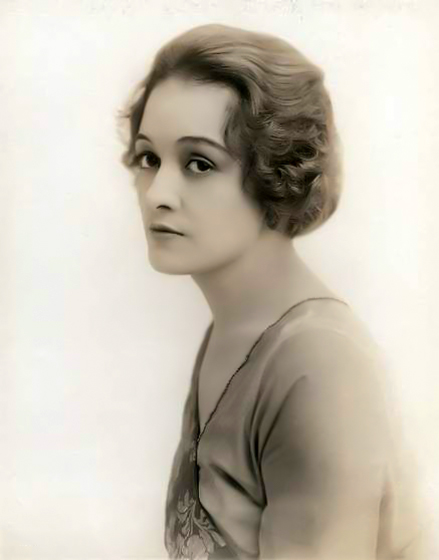 “Why do I want to play character parts? Because one can get thought over in them, even on the screen. It isn’t the makeup at all; it’s because one who plays a character role must think it out ahead of time, else it will have no flavor at all. In character work, one works from the inside out, as it were….It’s rather a sad thing, isn’t it, that all parts on the screen and stage aren’t ‘characters?’ They should be made so. I think our divisions into types are very silly and artificial. I have seen many a gifted girl settle down satisfied in a role, merely because she looked the part, and thought she need go no further. This is particularly so on the screen, and is in fact a big rock in the way of development of film art.” — Gladys Brockwell 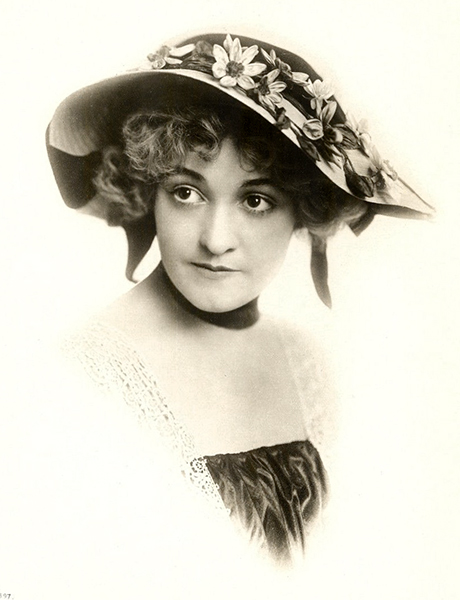 “I love swimming, riding, driving, motoring and all sports, but rarely get time to indulge. A picture actress’ life isn’t all fun and leisure. But I love the life and am never so happy as when acting before the camera, for I know it will be the entertainment of millions. And then the letters I receive. Oh, it’s worth it!” — Gladys Brockwell

“Do you know what I’m simply dying to do? Please don’t form any hasty judgments about it, – I’ll tell you why afterward. I want to spend a term in prison in order to study the women prisoners at first hand. By the way, I was arrested for speeding the other day, and they let me off with a reprimand. I mean to deliberately get myself arrested for ‘sassing’ a traffic cop, some day. Then I shall be fined fifty dollars or fifty days, and I shall take the fifty days!” — Gladys Brockwell 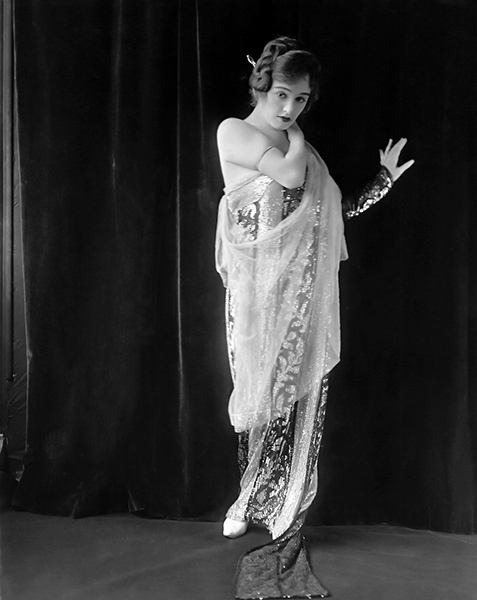 “California is the only place where one can lie under a rosebush in full bloom and freeze to death!” — Gladys Brockwell 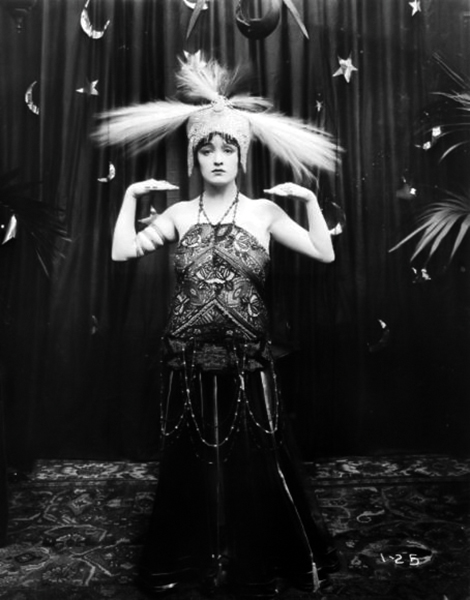 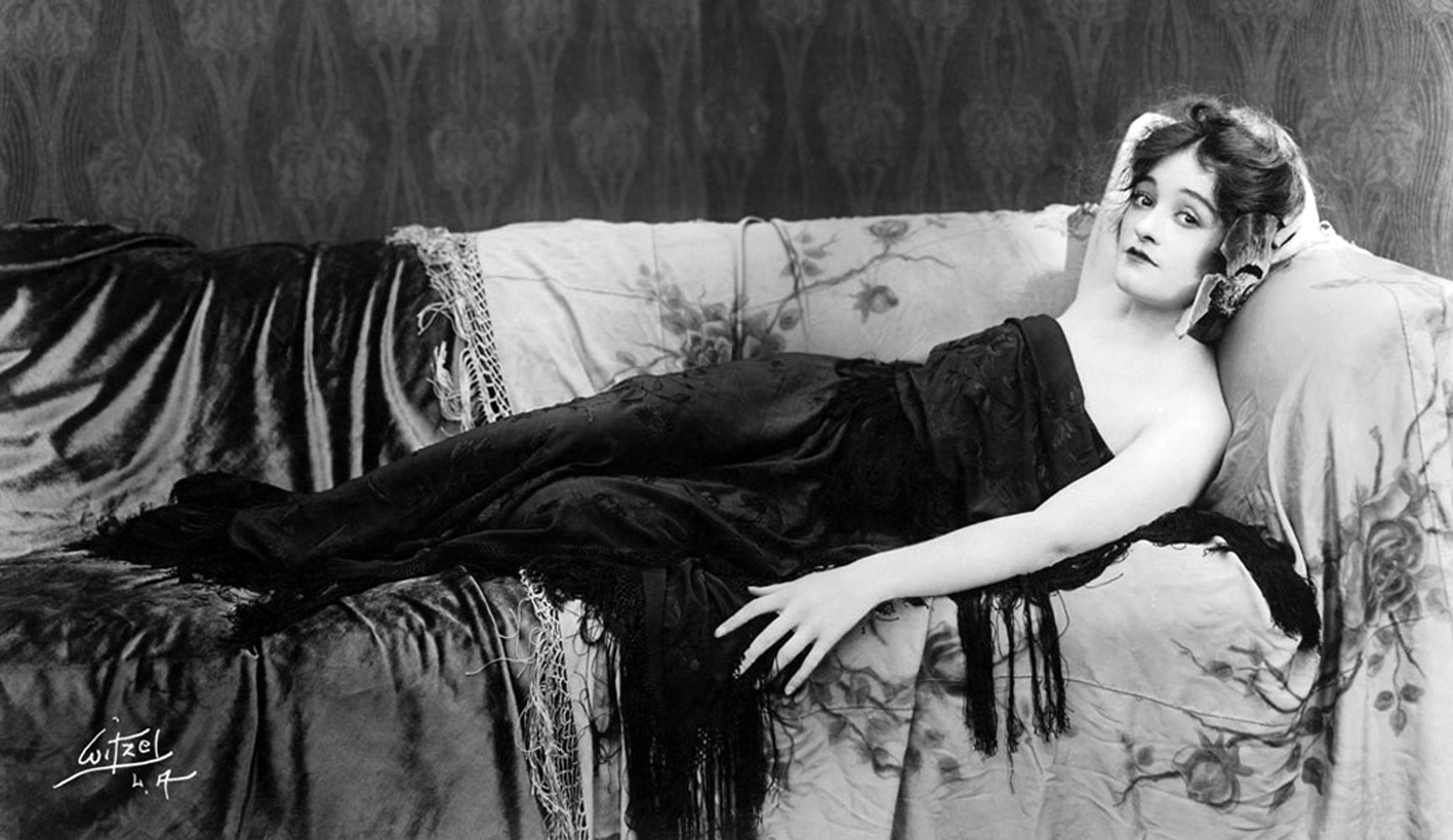 “But going back to characters.  I’d really like to do a fine line of vampires, too, – the baby vampire and her baby stare, – I understand Earl Carroll has just written a song about her, –she’s the sort that gets away with murder! And then there’s the intellectual vampire, who holds men by the power of intellect and sense of humor as well as by physical appeal. She’s the only real dangerous vampire after all.” – Gladys Brockwell 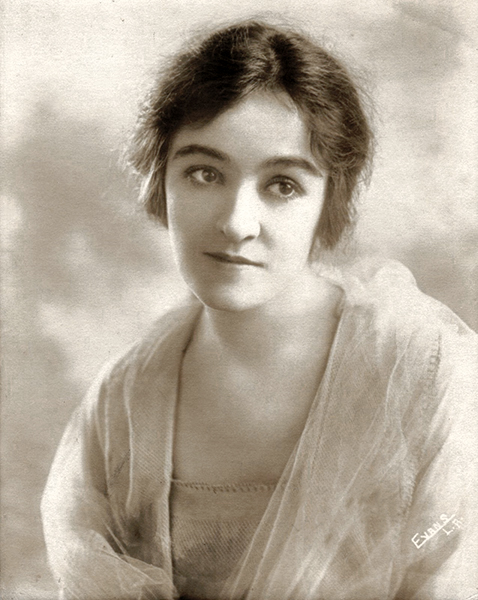 Brockwell also wrote on the side. Here are a couple of her poems, published in 1917.

Tear me nerve by nerve apart.

Crush the inmost vitals of my heart,

Let all earthly blessings pass me by –

Cast me lowest, where I stood most high –

This and more than this shall be

If Thou wilt give, dear Lord, but love to me.

From the touch of your soft little hand,

And your unspoken sympathy seems

A sympathy sweet as unhidden,

That would soothe the heaviest care,

And Hope, a captive, lies hidden

In the rings of your beautiful hair.

There is no love other within me, I could

I only know that rest for me is with you – 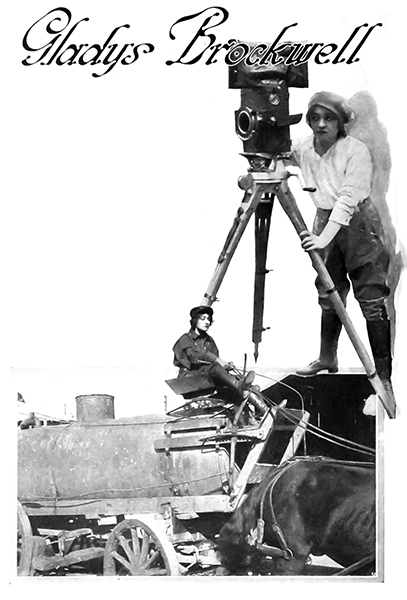 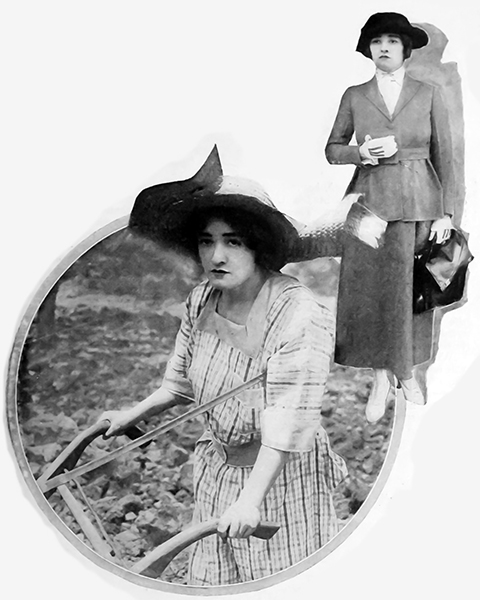 “I did not know whether H.P. stood for heliotrope pink or for horse-power, but the main point is, I repaired them, and did it well, too.” — Gladys Brockwell 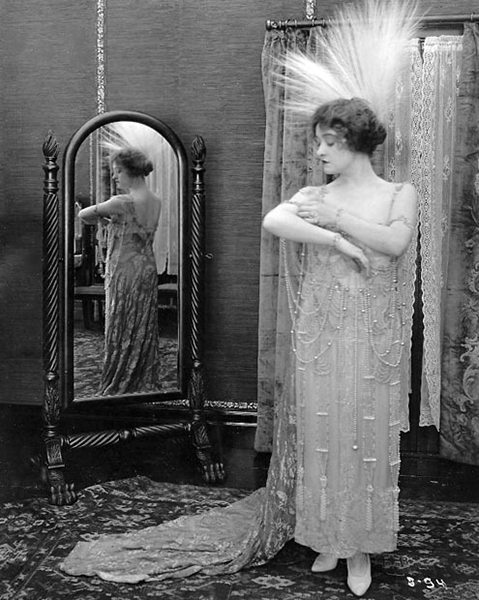 “Yes, women are always dressed for the part when collecting and handling males…And what I can do, any woman can do.” — Gladys Brockwell 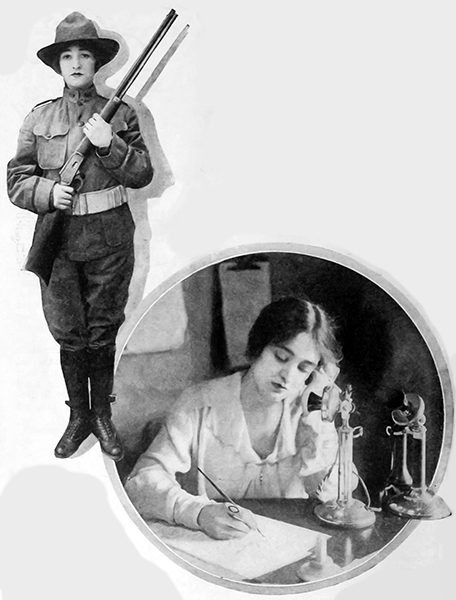 “When women begin to realize that they can perform almost any kind of manual labor, and in many instances do it more skillfully than the men, we will have made giant strides toward our political enfranchisement, as well as the right to expect higher wages. But first of all we will be one of the biggest factors in winning the war.” — Gladys Brockwell 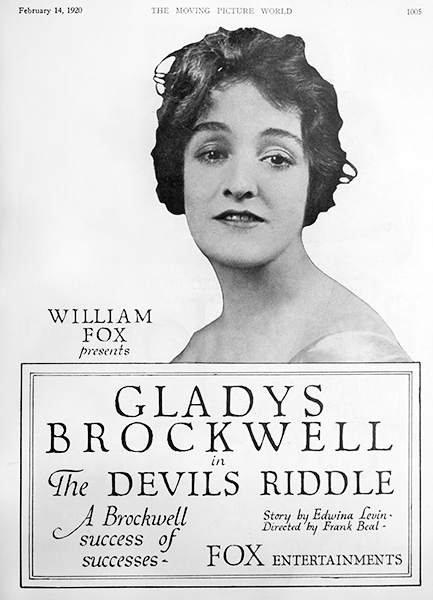 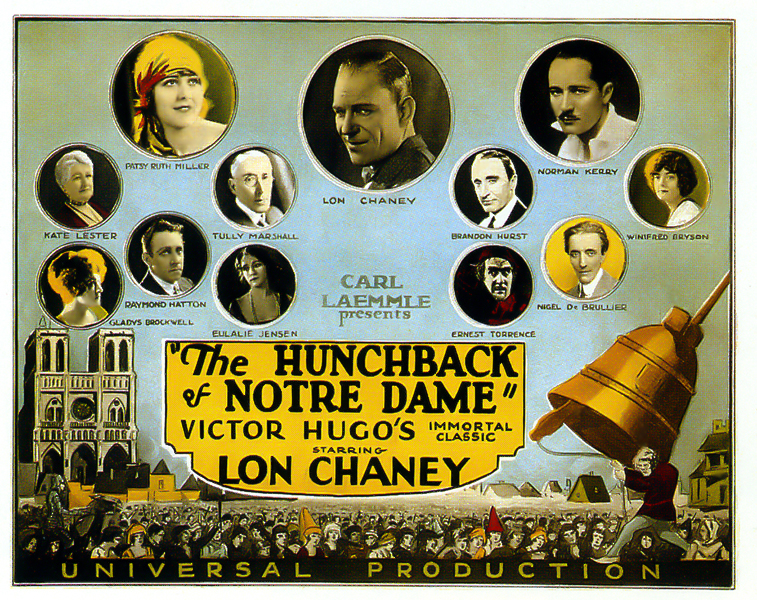