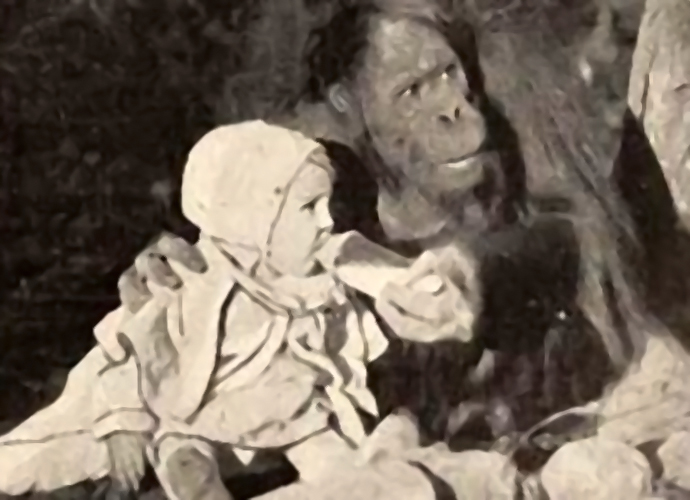 Joe Martin was a well-known animal celebrity under contract with Universal in the 1920s. He was a trained orangutan, though some accounts claim that he was chimp. (Note: It appears as though Joe’s trainer had a trained chimp in 1920 that was promoted as Mrs. Joe Martin).

The child in this 1920 photo may be Baby Peggy, who appeared with Joe in a few films. Years later, she writes in her autobiography that Joe was shot to death by his trainer after the orangutan was savagely beaten with a crowbar in 1923. The death, however, is disputed. According to the link below, Joe was sold to the Al G. Barnes Circus in the mid 1920s.